Home About Us Uptodown launches APK Installer, an original installer and backup creator 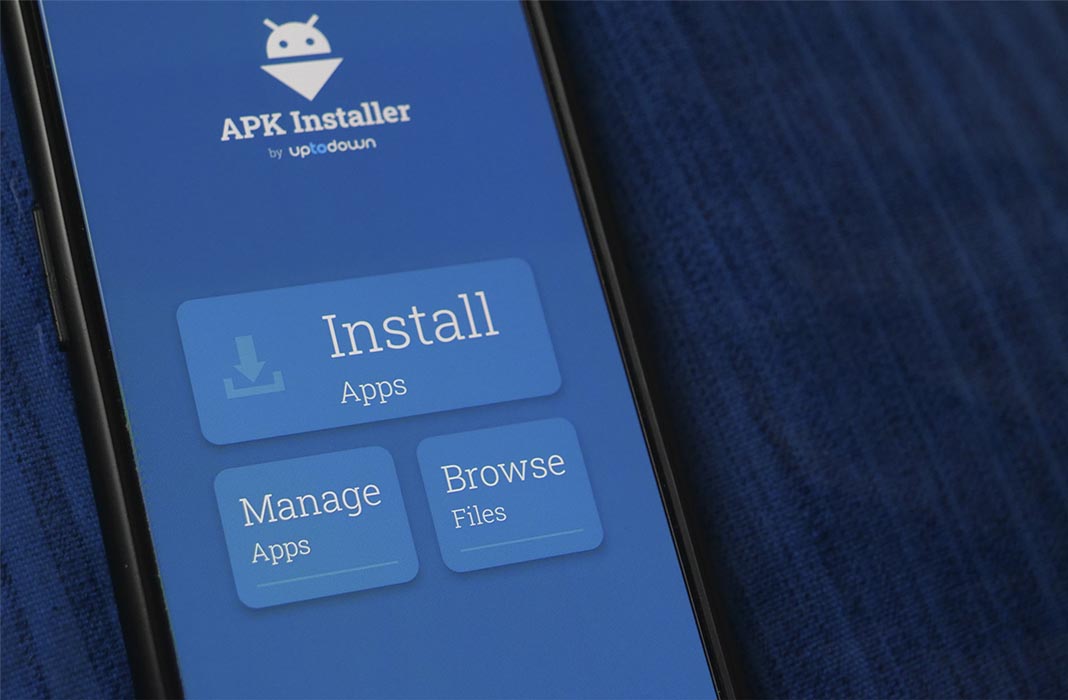 There’s no doubt that Android app downloading has evolved over the years. Back in the day, the only way to install apps outside the official Google app store was to download them in APK format. With the ever-increasing size of games and the new distribution systems using separate packages, it’s now necessary to use a special app that’s capable of processing these types of files on your device (since the package installer that the Android OS includes by default is not compatible with the new standards). APK Installer is your solution to install apps regardless of their packaging format, and it’s available both on Uptodown and Google Play.

We’ve decided to take two of the star features of our official Android app and put them in their own separate app: the installation system for XAPKs and their different packaging formats, and the possibility to make backups of apps installed on a device. With Uptodown Installer, any user can extract the apps they’ve downloaded from either the Uptodown website or through any other download source, as well older backups.

With this new development, we offer a universal app installation tool that saves the user from having to perform messy installation processes involving the creation of subfolders and renaming of files. But to fully comprehend all the possibilities of this tool, we’re going to go into a little bit of detail about the current situation involving app packages for Android and the standards used nowadays.

What is an APK?

Under the acronym Android Application Package, we find the standard Android app packaging. An APK is, in extremely simplified terms, a container than includes all the files necessary for installing the app in question on any device; from the app’s code to the necessary resources, certifications, and the creator’s signature.

It’s a standard used by the Android OS to be able to install apps outside the Google app store. Since the default Android package installer supports this format, if you have the APK downloaded locally on a device and try to run it, the app will be installed without the need for any additional app.

What’s an OBB? Say ‘hello’ to the XAPK standard.

It’s been years since the initial Android ecosystem came into existence, and the technical requirements have grown in par with device capacities. Storage space is one of them. Originally, an APK published in Google Play couldn’t surpass 50MB, and although this number doubled in 2015, the graphics potential of games and the inclusion of huge multimedia files would require even more space. That’s where OBB packages came in: large-sized resource packages that are downloaded in Google Play independently from the APK, either during the installation of the game or in-game. Needless to say, this system lacks relevance outside the Google store and in fact, on Uptodown we have large APKs.

The problem with this new storage format is that, when it comes to installing apps outside of Google Play that use this system, it was necessary to copy the OBB file manually into a specific folder on your device with a specific name. In order to solve this problem, the standard XAPK was created; it’s no more than a renamed ZIP file that contains the APK and the OBB of the app if it needs it, allowing both our official app as well as APK Installer to automatically extract everything necessary to complete the installation without requiring any effort on the part of the user.

What are app bundles and Split-APKs?

One of the last steps taken by Google when it came to standardizing the distribution of apps was the creation of AAPs (Android App Bundles). Until now, an APK had all the information necessary to be installed on a device regardless of its tech specs. To save resources, it was decided that developers who wanted to could divide their apps into separate parts so that only the necessary parts would be downloaded for the app to work on a certain smartphone model; the so-called Dynamic Delivery. The consequence of this is that now an app would be made up of several APKs: one main one (called the base) and others related to the architecture, screen resolution, and language.

This new standard also brought problems when it came to distributing apps from other pathways, for example, when an XAPK installation package didn’t include the necessary data for a particular architecture, making it impossible to operate on certain devices. A typical example of this is when a downloaded app can’t be installed on processors that don’t support ARM64 architecture because it doesn’t include the necessary APKs to work on older architectures like ARMv7. Luckily, we also have an installation method for these packages within the XAPK, so once again, users can breathe easy.

How to use APK Installer

The app can work as a default app installer on the device. The first time you go to install an APK/XAPK you’ll be asked if you want to associate the app formats (in the case that this option is enabled). This way, any app that’s downloaded locally on the device can be installed through the tool.

From the main menu in the app, you can access the three main available features: