Home Tutorials and Guides How to update to Windows 8.1 Update 1 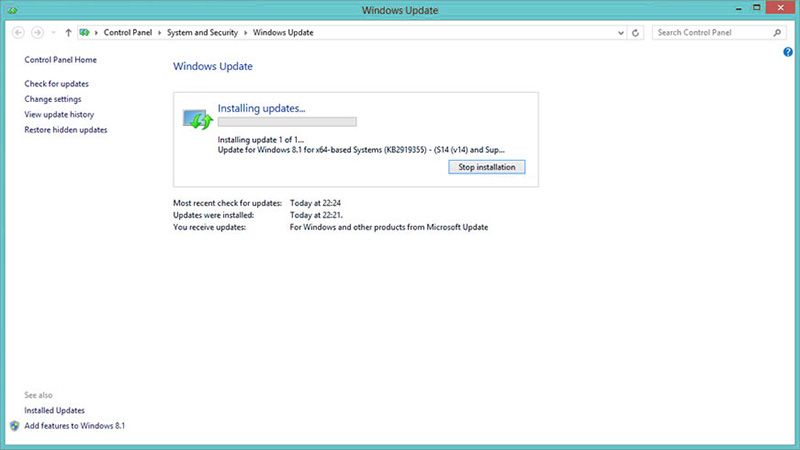 As of yesterday the latest big free update to Windows 8 is available for download and includes several new features such as the reduction in minimum requirements, the use of the taskbar for Metro applications, and the integration of Microsoft OneNote, among other changes (turns out, though, that the hybrid start menu will arrive later). You can install it either using the update assistant or manually.

If the update doesn’t pop up automatically, you’ll need to install it using Windows Update (WIN + S and type ‘Windows Update’). Once inside, you’ll click on the left option “Search for updates”, and in a few moments the number of updates available for installation will appear. In the window, the update package will appear unticked by default, so you’ll have to click on the window and then tick the box, the one that is 887.6MB. Once you’ve downloaded and installed it you’ll need to restart your computer. If for some reason the update doesn’t appear, you can always install update packages manually, which you can find available on the Microsoft updates webpage. The only thing you need to keep in mind is the version of the operating system you have installed, whether it be x86, x64, or RT. The following links provides all the download files you need for each: What does Windows 8.1 Update 1 include?

It wasn’t clear until the very last minute which features would be included in the update. Unfortunately the integration of Metro apps in the desktop start menu has been relegated to a later patch without a concrete date. These are some of the most relevant new features in Update 1: