Home Software Reviews Ulala is an MMO that puts you smack dab in the Stone... 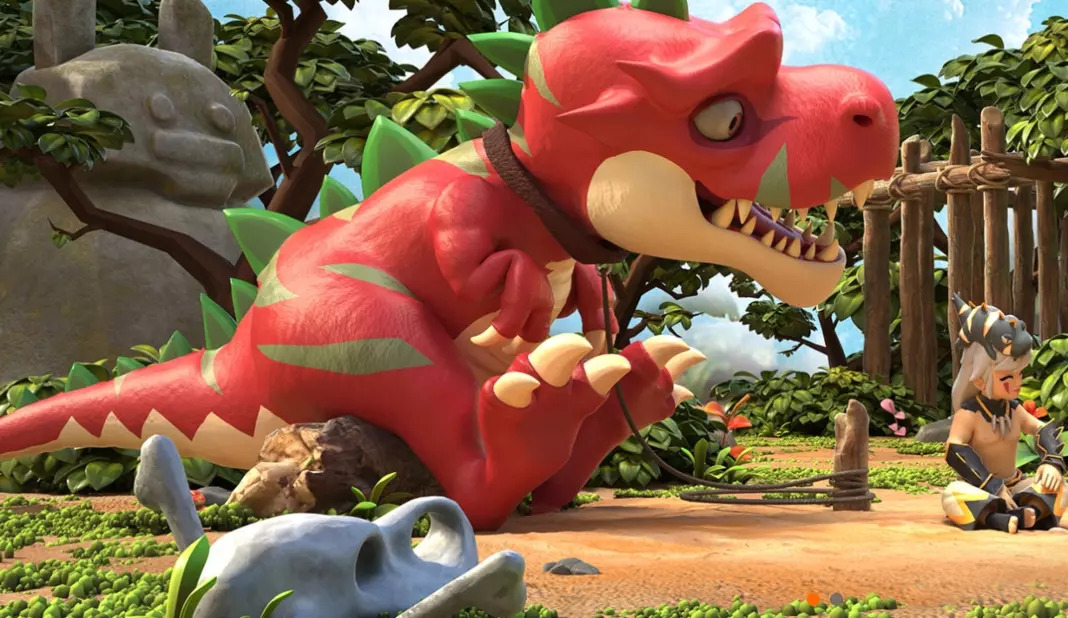 MMOs for smartphones and tablets tend to try out new formulas beyond the typical Asian MMORPG dynamics. In this case, you have some elements from idle or semi-automatic games and get to take a trip to the distant past in Ulala, the new game from X.D. Global. This title transports you to the Stone Age in order to experience thrilling adventures in all different locations. Forming teams with other users around the world, your main mission is to advance through each corner of the map while trying to overthrow all your enemies and adversaries. 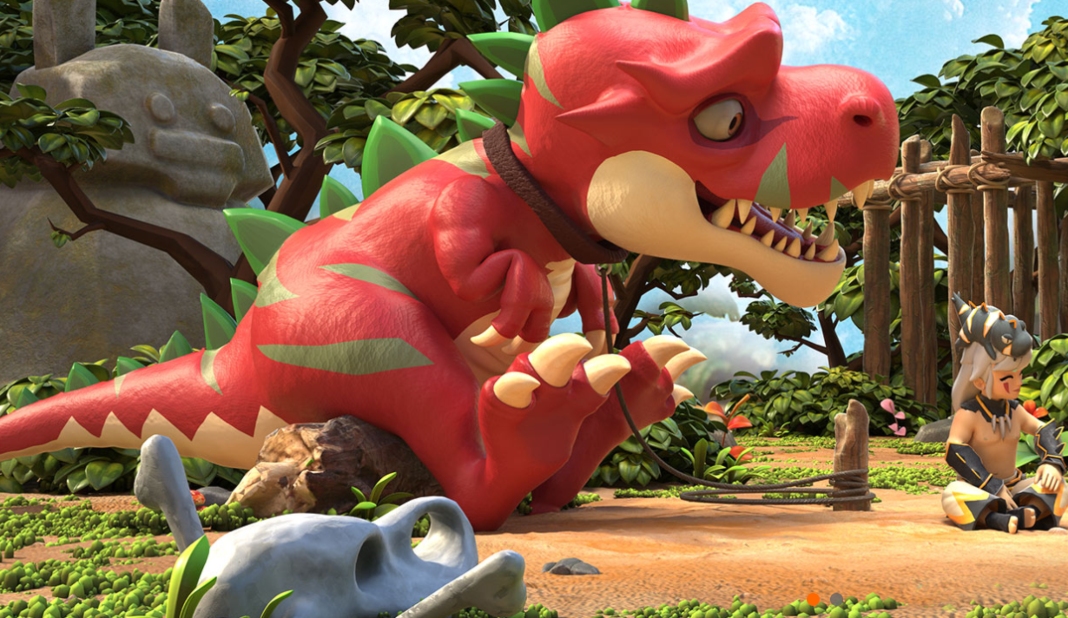 The story in Ulala starts right at the beginning of hunting season. After naming and selecting your first character, you’ll be ready to start exploring the map. In the beginning, you’ll have the option to select your character’s gender and class. In any case, you can’t equip your character with powerful features until you reach the higher levels. 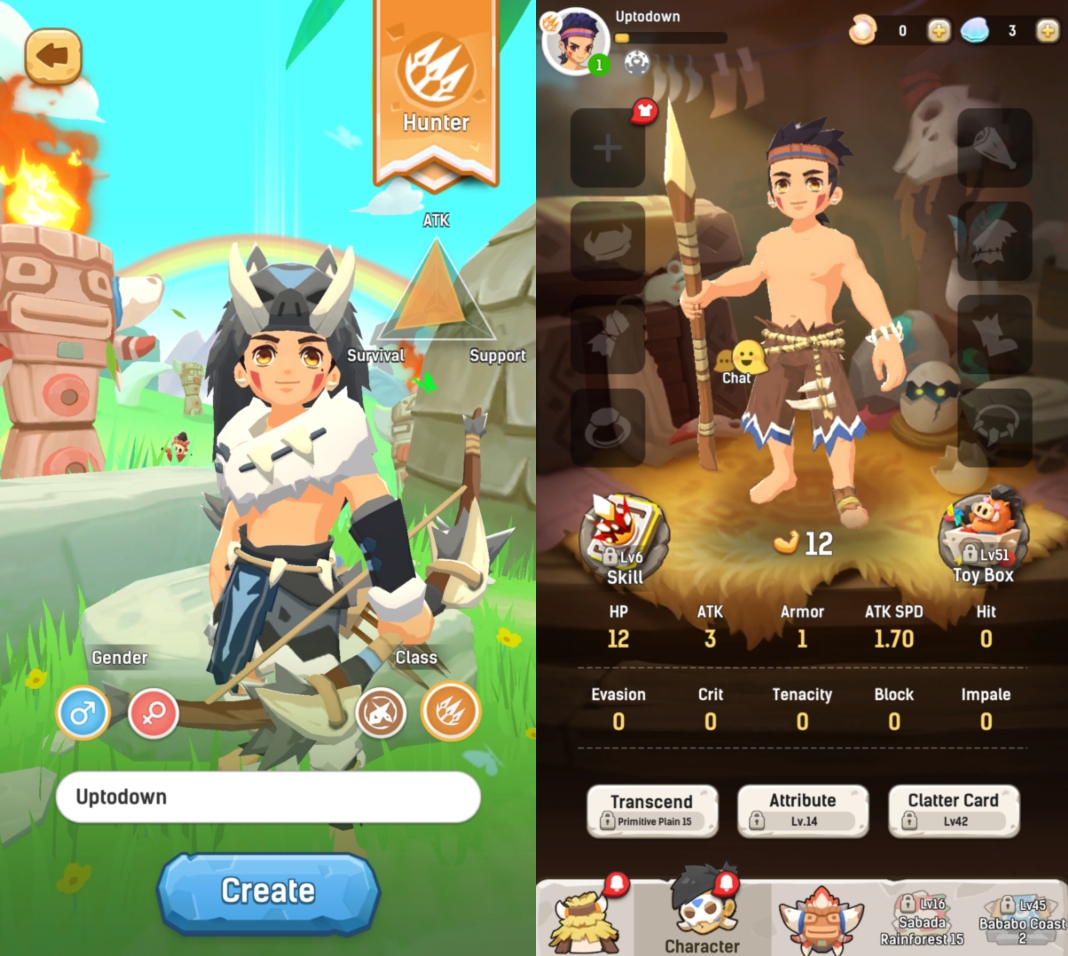 The world in Ulala is segmented into numerous areas that you can access as you complete certain levels. However, in the combat tab, you’ll have a reduced view of the map in the upper part of the screen where you can follow your location in real time. As if it were a GPS, you’ll have the exact position of your team at all times. Also, if you tap on the yellow dots, you’ll see the possible enemies you may come across. 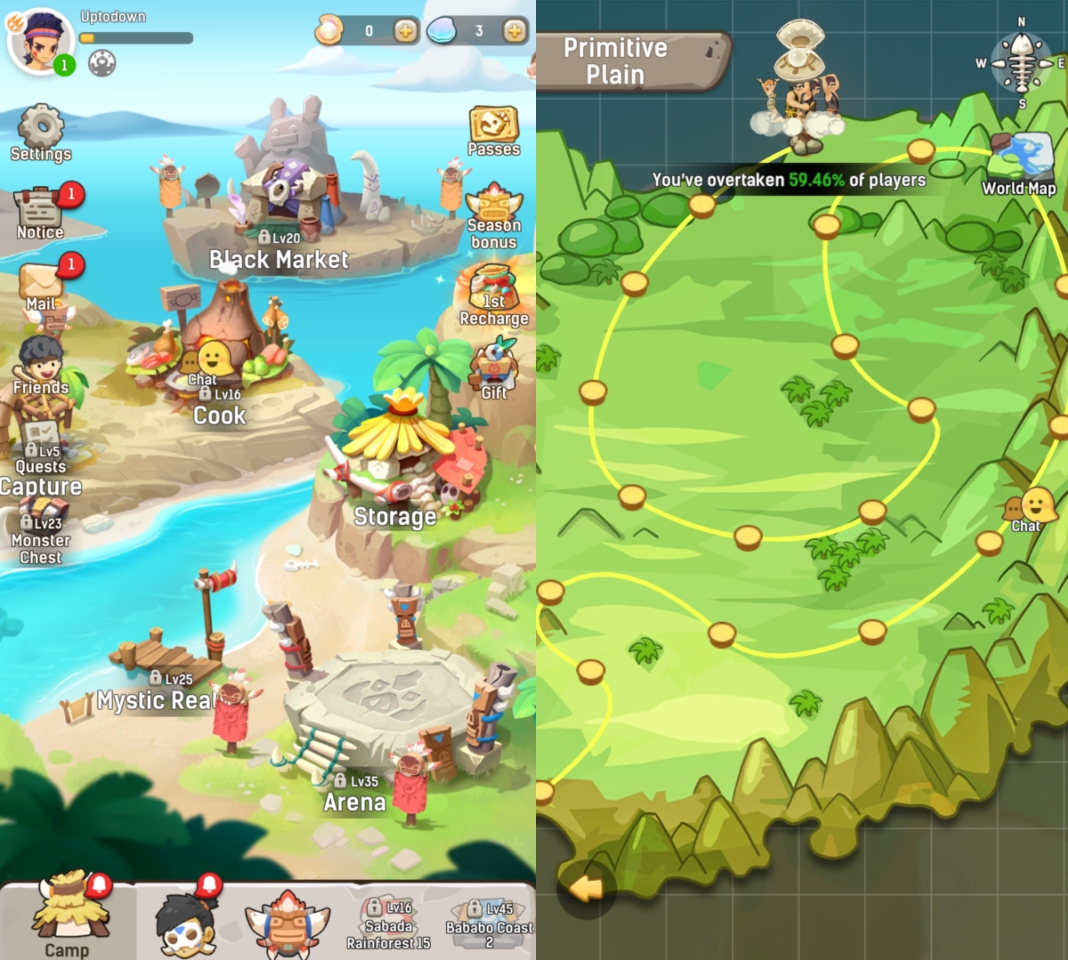 Join a team to begin your adventure

If you tap the tab Team, found on the right side of the interface, you’ll access a screen where you can see the possible groups you can join. Also, in the upper part of the screen, you’ll see the ones with the players online. You just have to tap on the join button to request access and wait for the administrator of the clan to accept you. 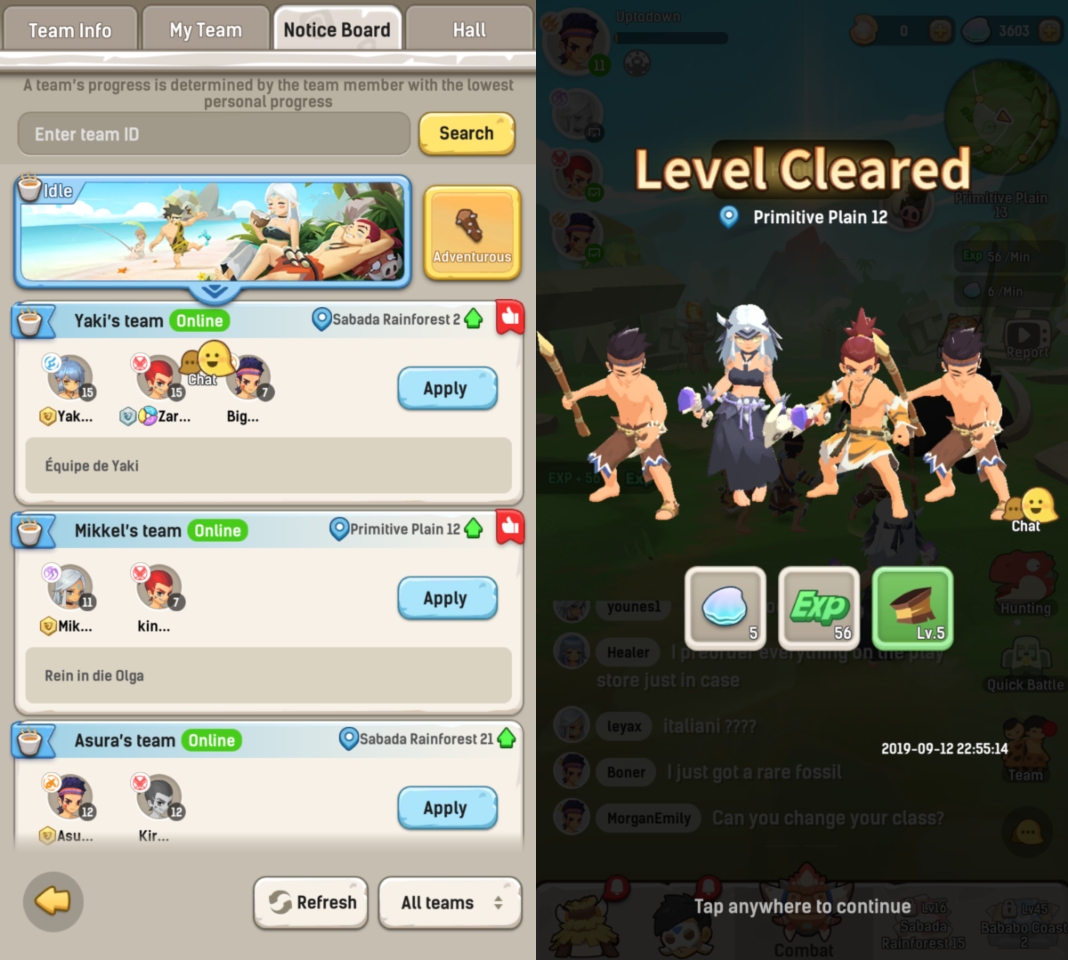 Once you have a team, you’ll be all set to start moving around the world of Ulala. You’ll start out in the middle of the Primitive Lowlands and you’ll make your way through multiple well-developed forests and settings. Without a doubt, the 3D graphics in this game are one of the allures that’ll keep you hooked in each game.

In Ulala everything develops pretty automatically. When your team comes across one of the species, you barely have to intervene. The characters themselves will start attacking each prehistoric animal based on their abilities. This may be one of the aspects that certain players will like the least. What it’s really missing is certain action buttons to interact more during each battle. 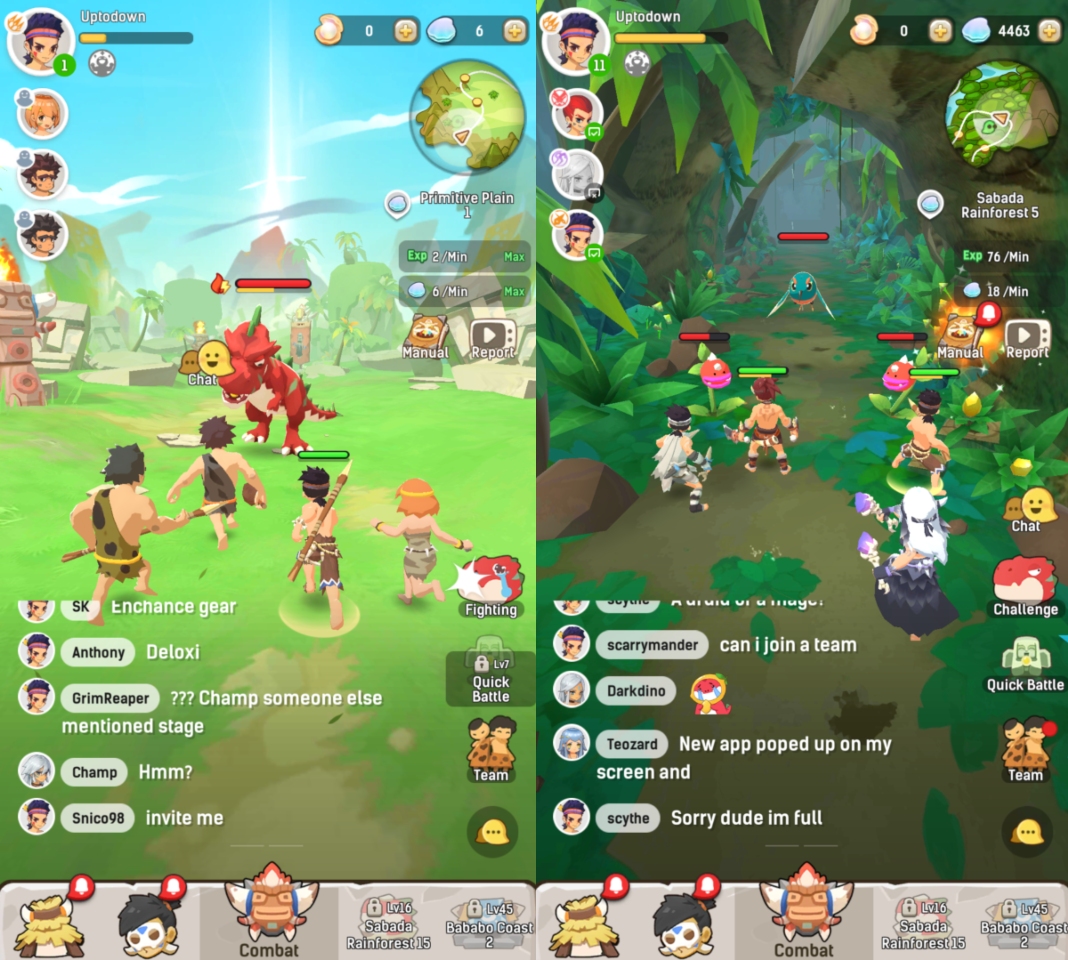 That said, at all times you’ll see the health status of each of your team members and your rivals. Plus, you’ll have the possibility to tap the screen to move the camera toward any direction. You also have a chat feature where you can converse with the rest of the users. And in the upper left part of the screen, you’ll see if your teammates are connected during each fight. 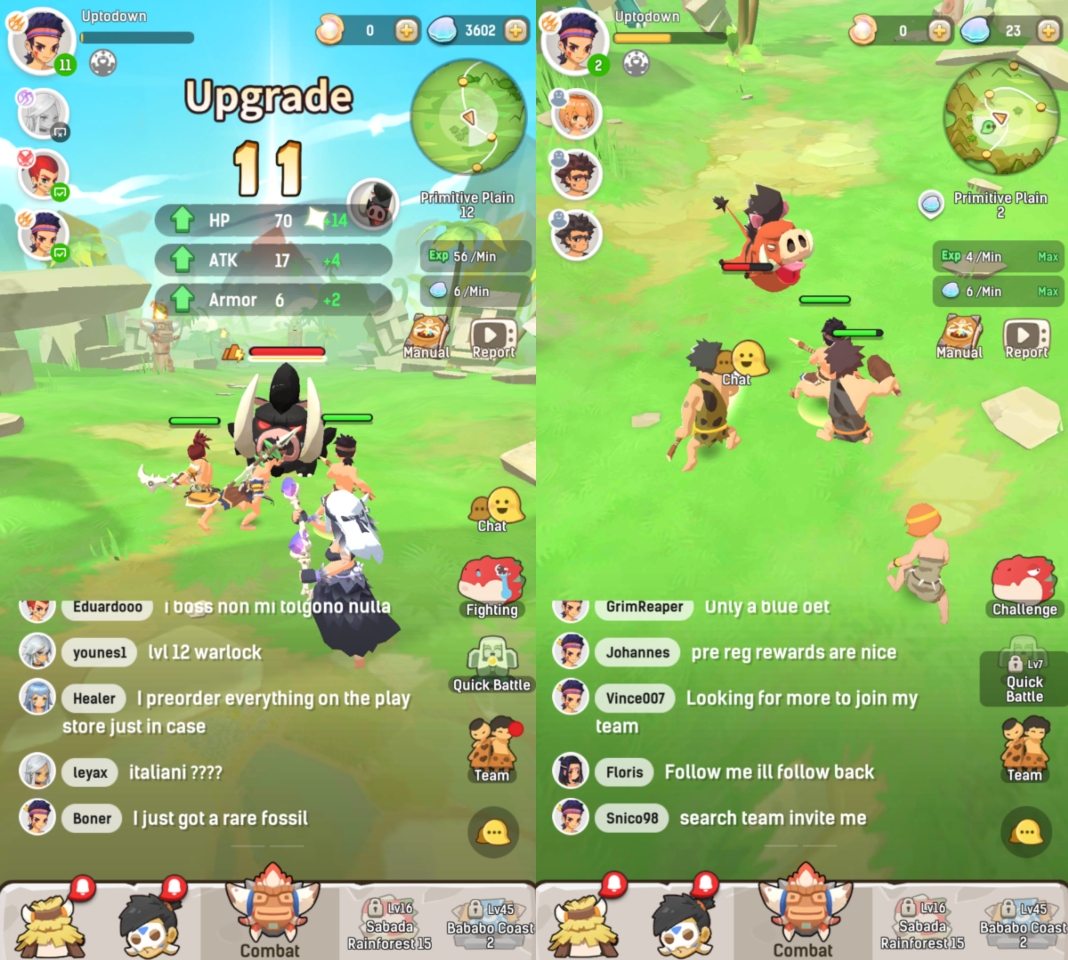 The rivals you come across along the way will vary according to the area of the map you find yourself. In fact, you’ll have to invest more and more strength in the battles in order to beat all the different creatures. However, it’s incredibly fun to capture certain dinosaurs to have them accompany you along the way. If you tap on the Challenge button, one of the bosses will come over to your team and you’ll have to do your best to destroy it.

Improvements as you level up

One thing that stands out as you look at the map is that during the first few levels, you can’t reach many places in the Ulala universe. You have to invest hours playing in order to make your way through to the market, the area where the characters cook, or the battle arena. That’s why the title becomes more interesting and dynamic as you get more experience.

Types of characters in Ulala

The characters you can select for your adventures in Ulala come in all different shapes and sizes. However, these characters are divided into eight main roles. Before start the game, it’s interesting to find out the special abilities to select the ones that would suit you best depending on the needs in each round.

The hunters use a bow to launch powerful arrows that hit the enemies. They’re able to interpret the weak points of each rival to simultaneously attack and protect. Their main strength is their offensive capacity. 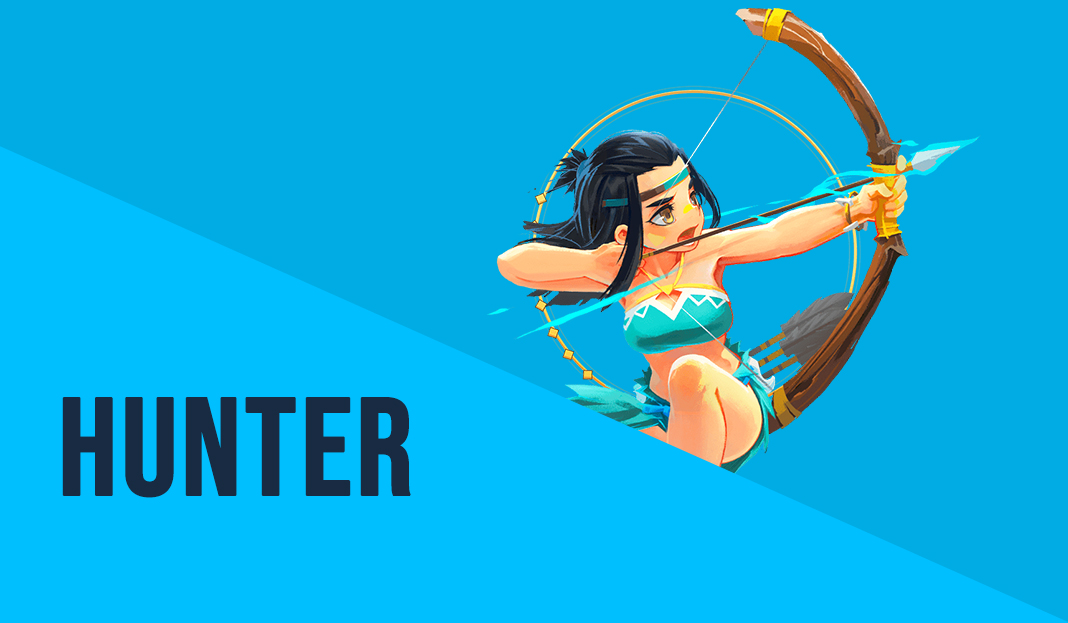 The gladiators take their place at the front of the group to be the first in line to attack the rivals. They’re the characters with the most self-confidence in the game and are good to have when it comes to stopping the offensive attacks of each enemy.

The warlocks will help you give a magic touch to each fight in Ulala. These characters can use fire to attack their enemies and base their offensive attacks on these powerful flames. They have a good amount of resistance and life points.

These characters’ potential is based on their physical capabilities. They make powerful moves that will let you inflict a lot of damage on your opponents. Plus, these assassins are able to move through the setting quickly. 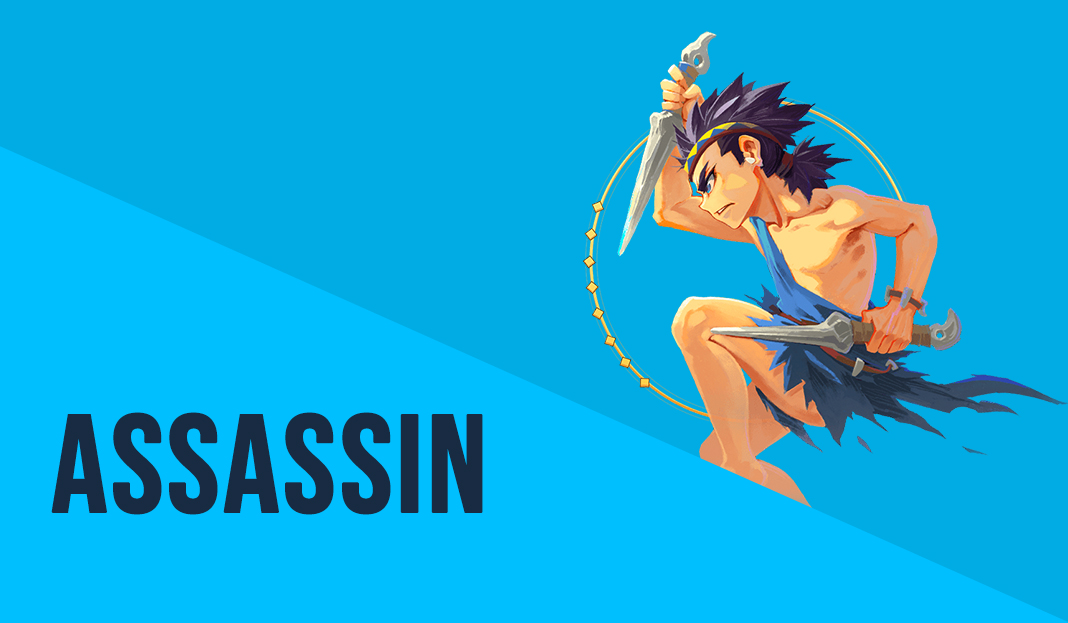 The mages have the ability to use various magical powers for attacking your rivals. They have the highest attack capabilities and will help you reduce the vital stats of any opponent quickly and easily.

When you use a shaman on your team in Ulala, you’ll have the energy that their totems produce for attacks. These characters also use the power of herbs to become strong in each combat. 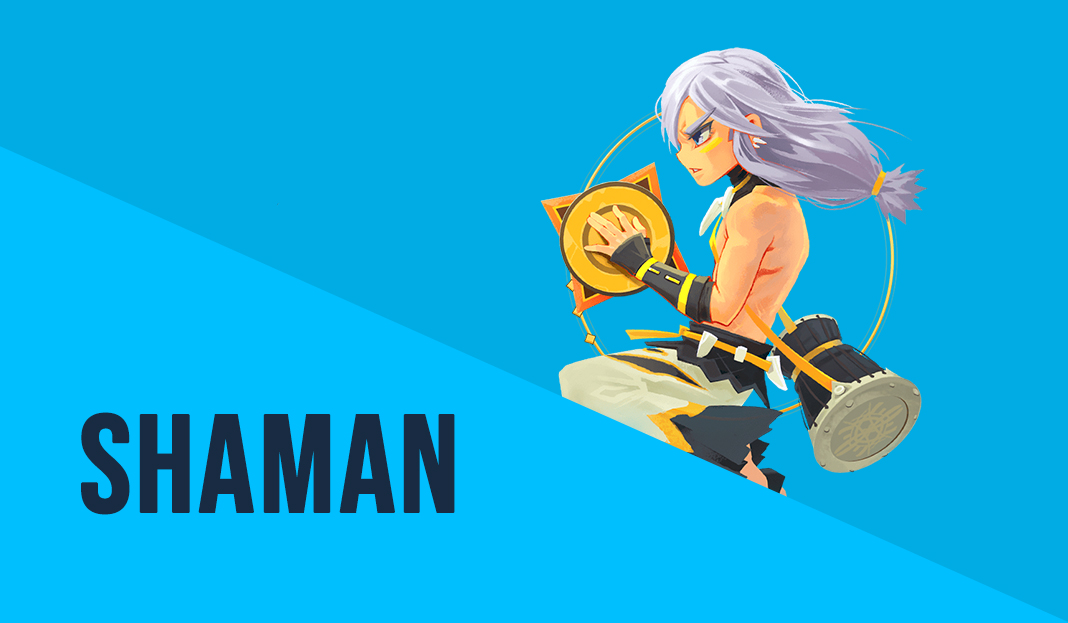 The druids are messengers of nature and let you generate new strengths among the members of your team. This character has a more defensive aspect and will get you out of more than one jam by healing your team members in sticky situations.

Warriors come equipped with an enormous hammer that makes them strong in battle. This weapon is incredibly intimidating for the enemies. In fact, each time you hit a rival with this object, its life level will be greatly reduced. 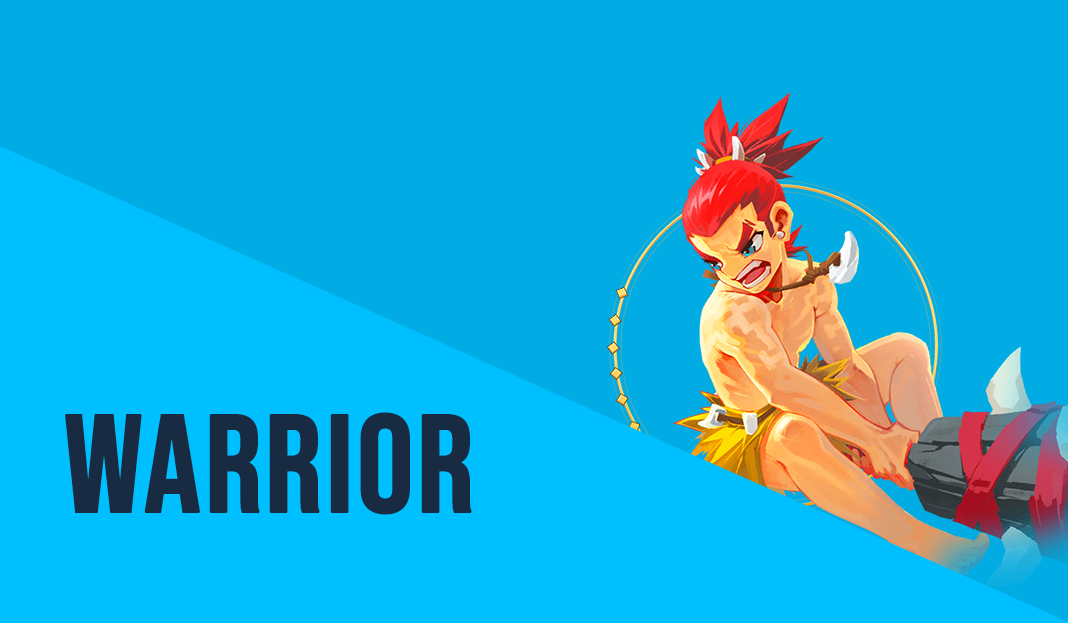 In Ulala you’ll obtain each one of these roles to use each character according to your rivals’ characteristics. Also, it’s crucial to assess your teammates features so you complement them as best you can. After all, if you have a varied clan, you’ll have plenty of options to progress without too many problems.

The fun of an extensive world

Ulala is one of those games that catches our attention for the excellent combination of all its features. The work put into the graphics and sounds stands out in each and every battle. However, it’s lacking a higher level of interaction for the players when it comes to the combats. The attacks are just too automatic and basically limit you to watching how your team performs in each situation. That said, the enormous number of elements and characters to unlock will have you motivated to keep discovering the secrets of this universe.