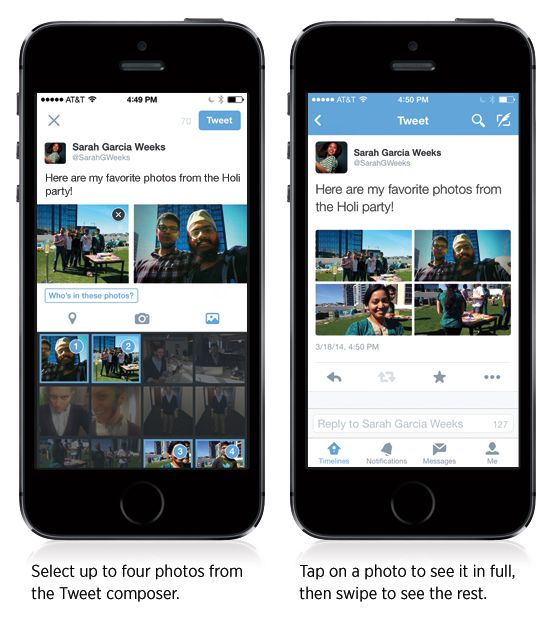 Throughout this week several new features focused on image uploads are arriving to the official Twitter client for iOS and Android. Options have now been added to upload up to four images at a time and associate them with a single tweet, as well as to tag people in your photos.

It’s now possible to tag up to 10 people in a photo using their Twitter handles, with the added benefit that this won’t use up any of your 140 message characters. This new feature can be configured so that you receive notifications when you are tagged, and can also choose not to allow yourself to be tagged from the settings menu. In Twitter’s support center you’ll find a step-by-step tutorial on how to do so. Another new feature is the option to simultaneously post up to four photos in the same tweet, with the ability to select the placement order of each to make a mosaic, although in the notifications bar they will appear as individual tweets respectively. The multiple image upload is only available at the moment on iOS, but later this week the feature will also roll out for the Android app and the web client.