Home Tops and Comparisons Twitch and Mixer: an in-depth comparison 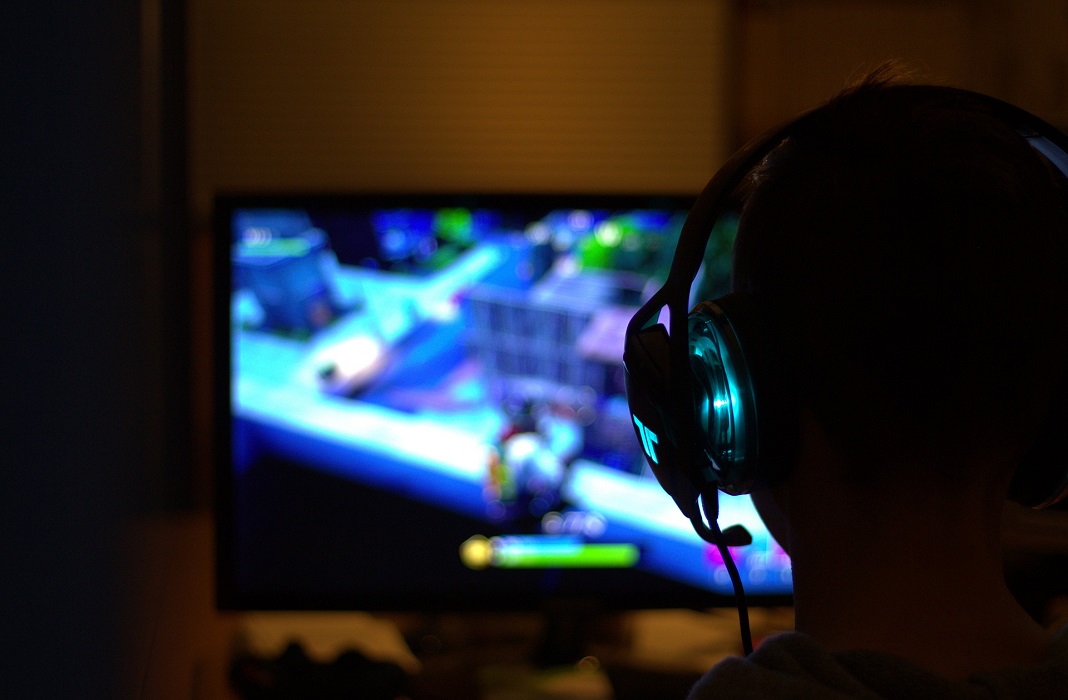 For a while now, it’s become just as interesting and popular to play videogames as it is to watch others doing so. Streamers are becoming famous and earning real money thanks to their broadcasts and the millions of fans they have around the world. To watch this type of content, you have two big platforms to choose from: Twitch and Mixer. Both have the same goal in mind, but each one has its own specific features. There are similarities and differences when it comes to streaming, watching, and commenting. We’re here today to help you compare and contrast the two.

Twitch and Mixer are two of the services that let you watch live broadcasts of games, chat, and stream your own games. There are tons of gamers that use these two options to live stream their content, and another huge number of people who show up to watch it. Both platforms have an official Android app that’s focused on watching live streams. 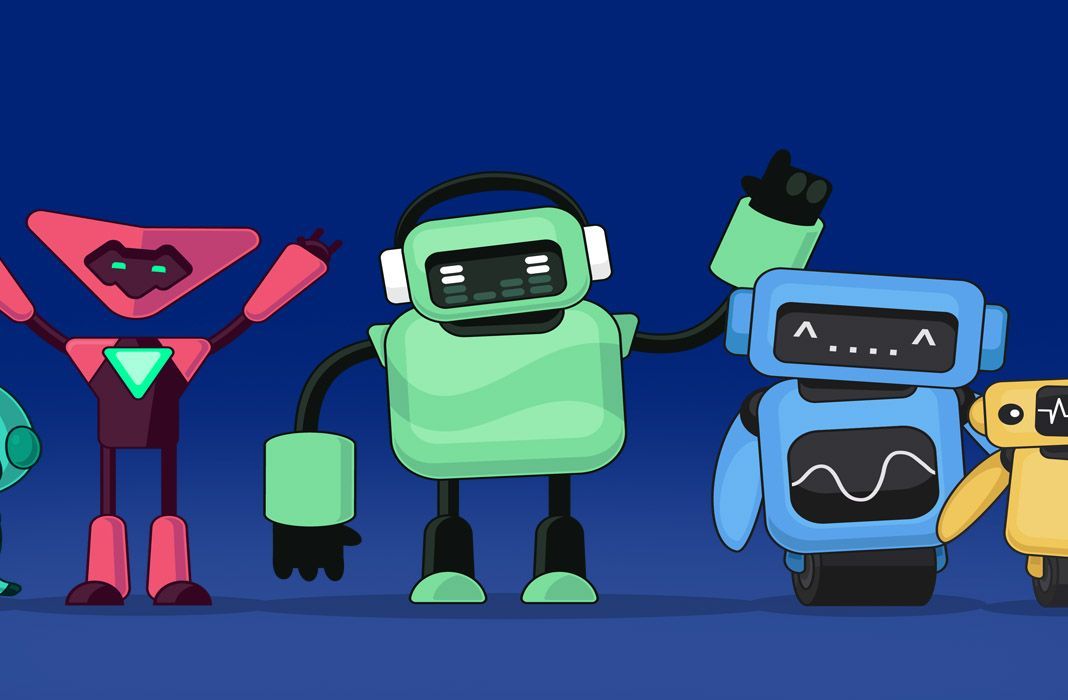 Twitch and Mixer: their Android apps

Twitch’s app is really intuitive. When you start your session you’ll find three tabs: Following, Discover, and Explore. In the first one, you’ll find all the streamers you follow. In Discover you’ll see the most popular live streams, the most followed categories, and the most watched videos uploaded. In Explore, you can search according to your own interests. If you like Fortnite, you can see who’s playing and follow their games. 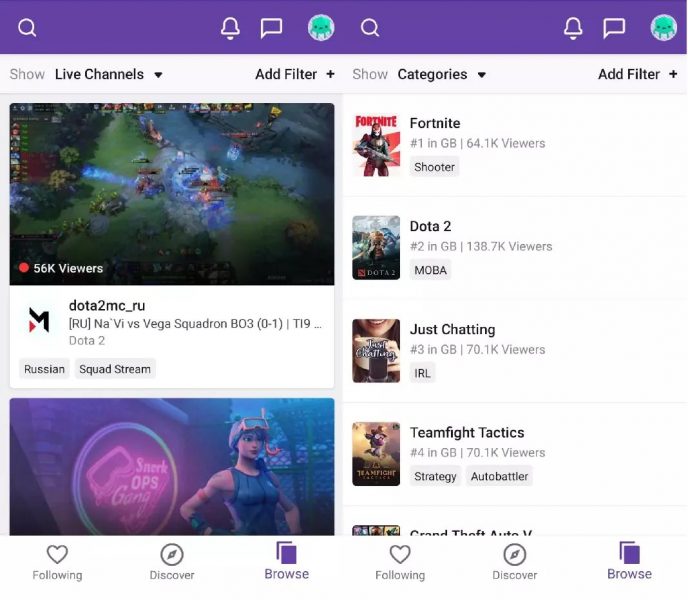 In Mixer, you can watch the broadcasts without creating an account, although if you want to do anything like chat, you’ll have to create a user account. The first thing you’ll see in the Mixer app will be the trending screen, where you’ll find the most followed broadcasts of the moment. Then you have the Follow tab, where you can choose streamers you want to set as favorites and lastly, a tab with your profile. 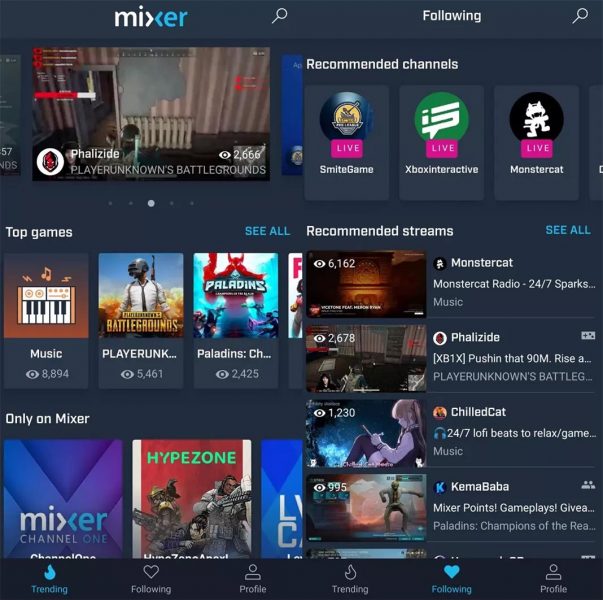 During the live streams you can chat and interact, there are even some channels that are only for talking. In Twitch, there are some chats strictly for followers and also for group games where up to four streamers can participate in the same broadcast, each one with his view point. 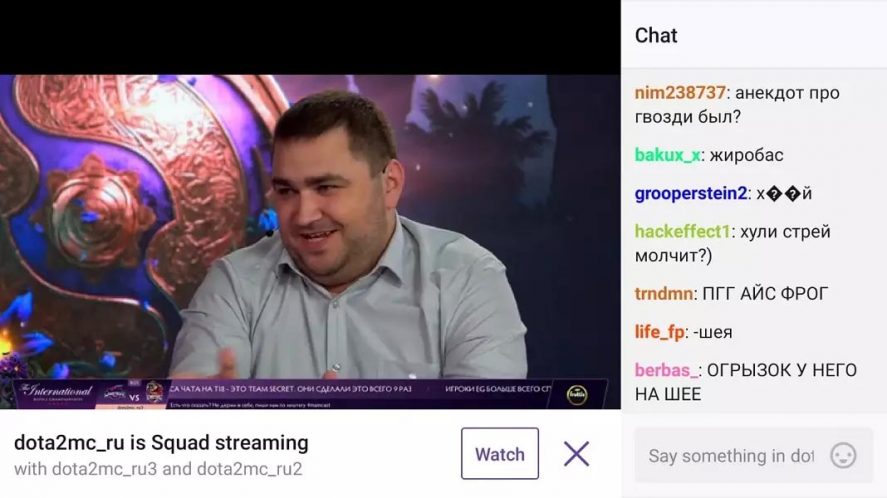 In Mixer you’ll find something called a cash bonus event, where you can help the gamer earn money for his or her stream. While you’re watching and chatting, you can send him Sparks: points that can be converted into real money once accumulated. This way, you can “pay” the streamer for entertaining you. 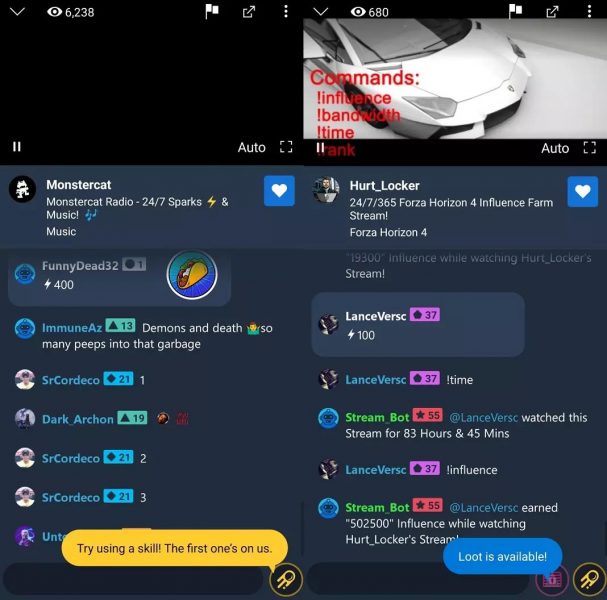 Both apps give you a similar user experience, it all depends on who your favorite gamers are and which platform they use. But for anyone who likes all different gamers, both apps are a must.

And when it comes to streaming? Neither of the two let you stream your Android games; at least not by default. To live stream your games, the best option is to use a PC as a bridge and a broadcast control program like OBS. That said, in Twitch, you can stream live videos through your phone’s camera. To do this, you have to go to your profile and tap the press the start stream button, grant access to your camera, microphone, and start streaming.

In the case of Mixer, Microsoft has a separate app that lets you broadcast your games live from your Android device. It’s called Mixer Create, and it lets you simultaneously broadcast what’s happening on the screen and even add a window that can capture what your front camera sees.  [Download] 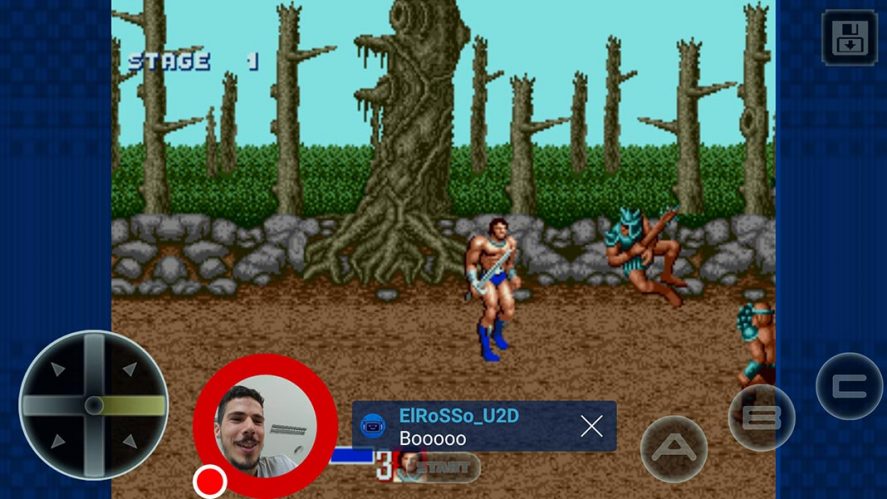 If you love videogames and you follow various gamers, you’ll probably want to have both apps installed on your smartphone. The differences, beyond the technical aspects, are in the streamers themselves who broadcast on one platform or another, as well as the content they stream. In fact, for obvious reasons, you’ll find a lot of streams related to games from Microsoft and the Xbox brand on Mixer. Meanwhile on Twitch, which has opened up beyond games, you’ll find people doing all sorts of activities, from ASMR to real-time drawings.

Mixer, the Microsoft app for broadcasting gameplays online, is now out

Twitch becomes a social network with its latest addition: Pulse