At a time when online games are everywhere you look, it gets harder and harder to find quality one-player games. While it’s true that you come across arcade games left and right, the comparison with the rest of the genres is overwhelming. That’s why it’s important to celebrate releases like Trigger Heroes, an action title with top-down perspective that’s incredibly similar to Nuclear Throne. And this, if it’s well done, then will turn out amazing. In the case of the game from Lucky Kat Studios, we couldn’t be happier with the results. 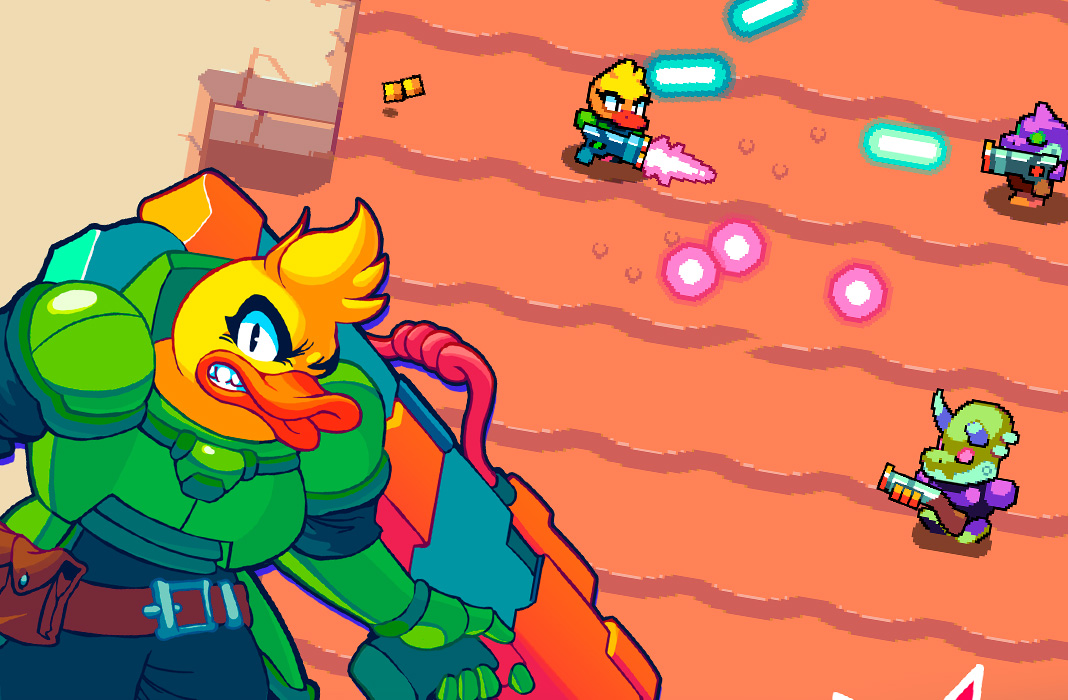 It’s not the first time that someone has tried to bring Nuclear Throne’s formula for success  to mobile devices. Soul Knight is a great game that tries, although it ends up being more similar to the fun Enter the Gungeon. The case of Trigger Heroes is curious considering that it’s shown up three years after the success from Vlambeer, when it’s no longer trendy. We could also say that it looks a lot like Nuclear Throne, but it’s also very different. Let us try to explain. 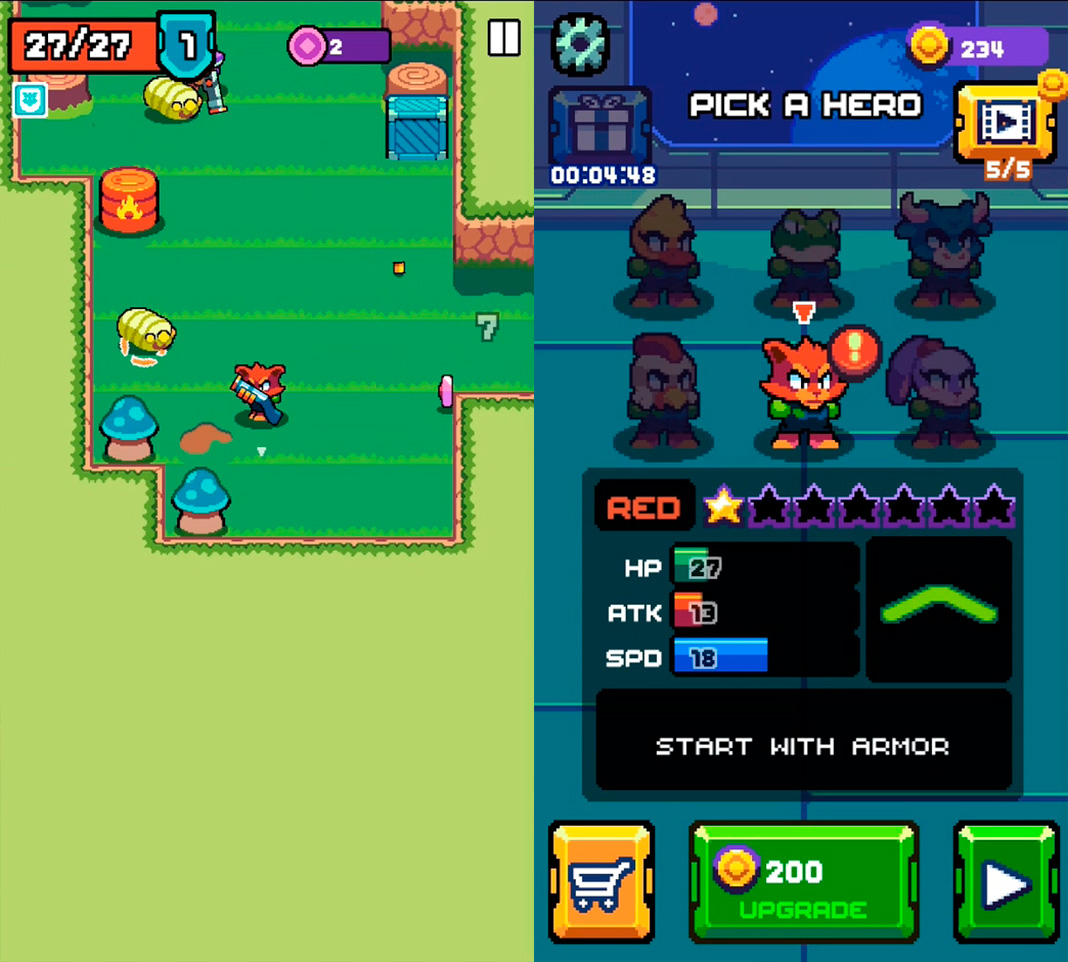 If we look at just the basic aspects of the game, Trigger Heroes is a clone of Nuclear Throne. It may not provide such a fast-paced experience, but that doesn’t make it any less fun. You have to defeat more and more enemies until you reach the next level. Along the way, there are weapons and power-ups that improve your abilities, along with the way you play. And yes, you can also jump around to dodge bullets. That said, the controls couldn’t be more different.

To start, your character will aim and shoot automatically at enemies according to how close they are to you. It’s a pretty logical solution get rid of controls on the screen that could affect the game’s playability. You only need two fingers to do everything in the game: one held down on the screen to use as a joystick and another to make directional swipes that will help you dodge shots. This control system is perfectly adapted to touchscreens, especially considering it’s a game that’s played with your screen held vertically. 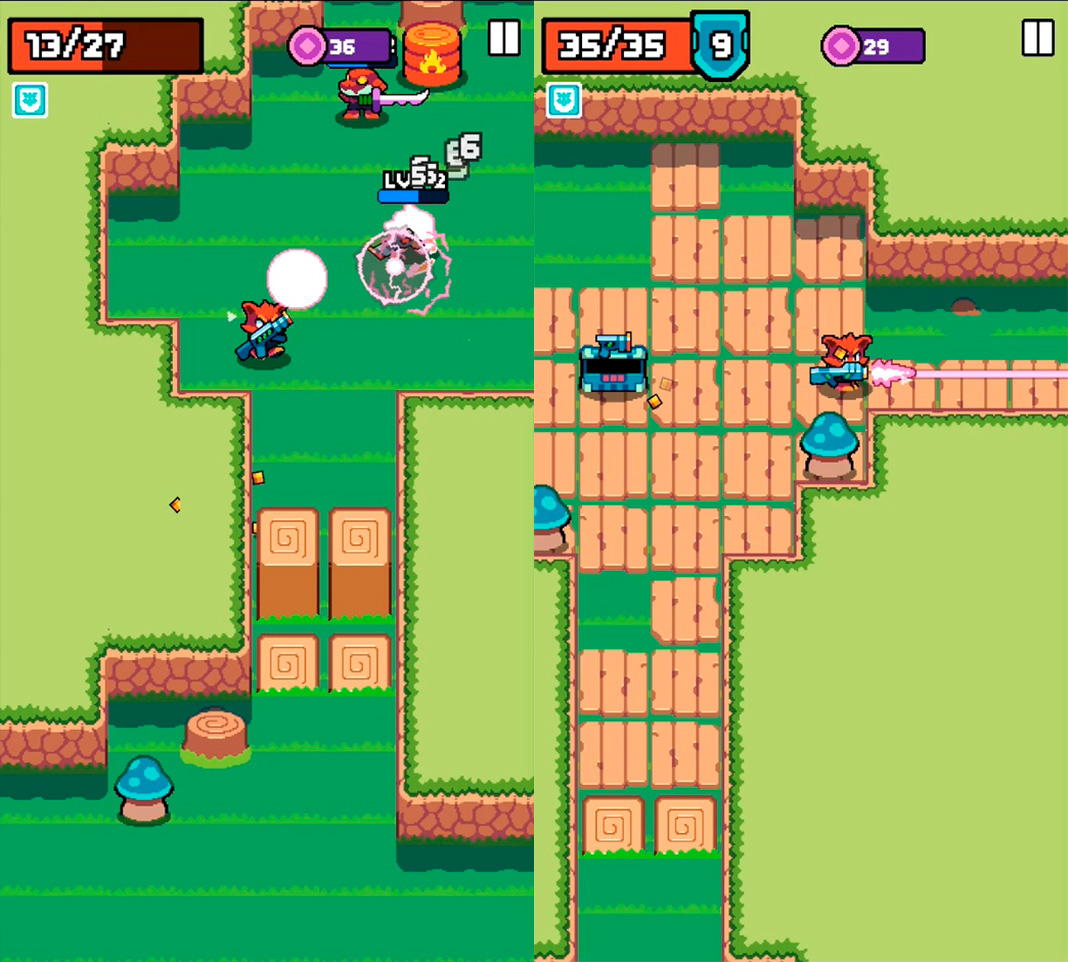 The excellence of the controls doesn’t stop there: it’s also transferred to the selection of the weaponry and skills. Each weapon is played differently and you have to know which one will work best for each situation. You can only carry one, but you’ll find new weapons often. Plus, there are stores to buy more, as well as skills that will improve your game. And as standard for Nuclear Throne, at the end of each level, you can also buy new power-ups. It’ll be essential to get a balanced build in order to survive throughout the five worlds offered in Trigger Heroes. 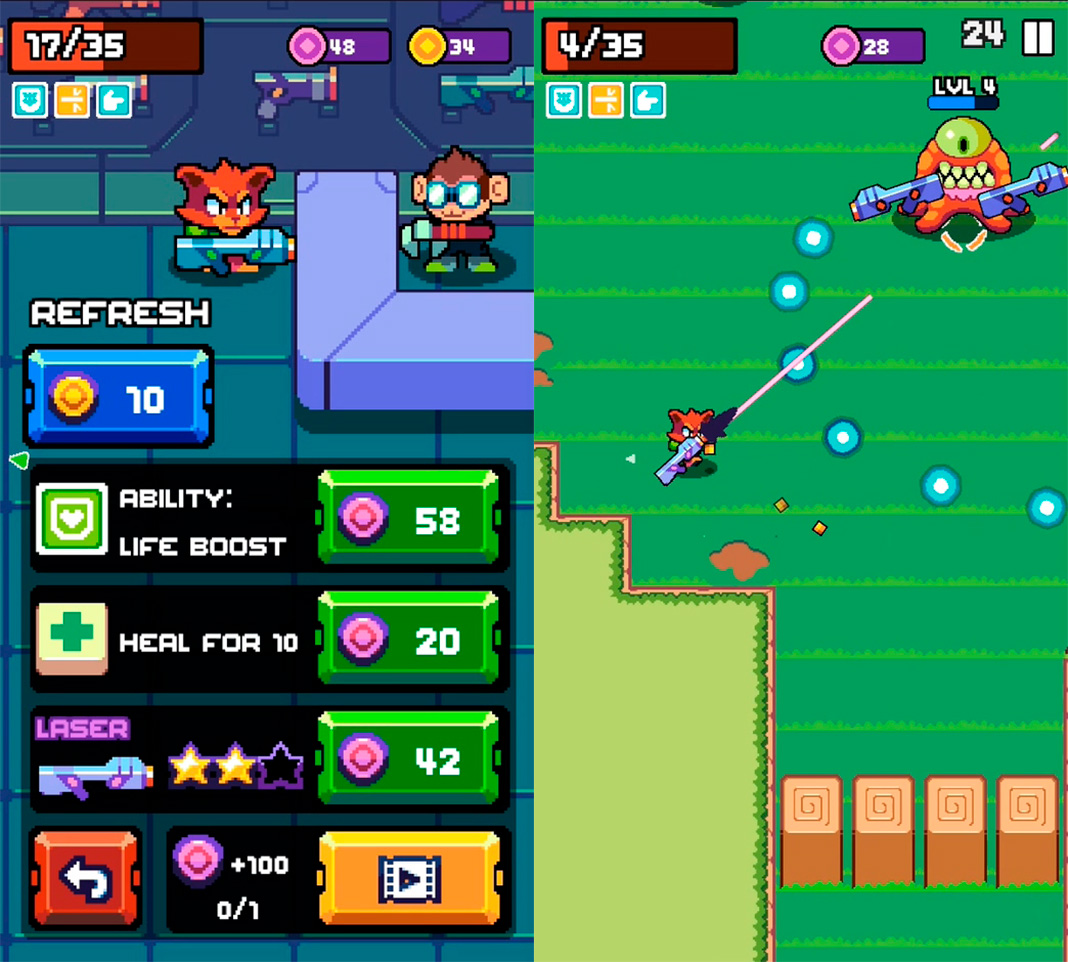 We’ve gone on for longer than usual, but we think that Trigger heroes deserves it. It’s a great action game that provides you with different adventures in each game thanks to its roguelike components. You have various characters to unlock and plenty of final bosses to defeat, each one with its own shooting pattern that will have you remembering the good old days playing bullet hells games.