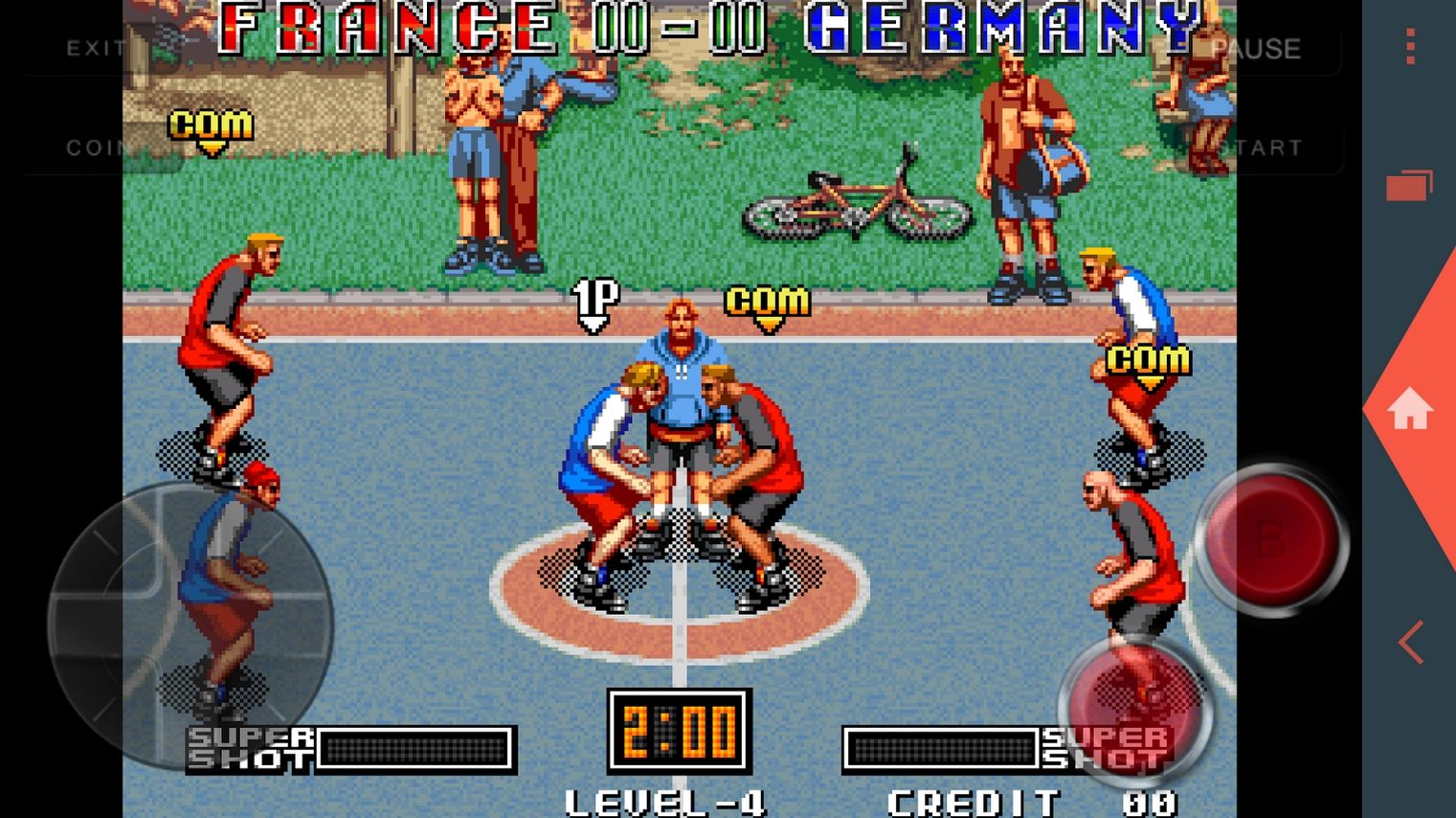 As someone once said somewhere; “All’s fair in love and basketball.” You asked, and we delivered. Here are the best free Basketball games for Android. After trying and testing each one, we’ve come up with this list of the games that we liked the best, each with its own unique vision of the game and approach to fitting it more often into our daily lives via smartphones and tablets. Read below to get the details on the best free Android basketball games, some of which you’ll likely have never heard of. Does this game really need an introduction? It’s essentially about as close as you’ll ever get to actually being in the NBA, unless you have access to courtside seats. With regular updates, and new players added every season, this game covers almost every aspect of the NBA and even has features that allow you to paste your own face onto the screen so you’ll be able to feel what it’s like to watch yourself on the big court.

Not much else to be said here, except that while this game is a massive success and a big win, it does take up a whopping 60 MB and has a tendency to burn through your data plan. Enjoy, but don’t say we didn’t warn you. Try your hand in shooting, or in one-to-one games in which you’ll have to trick your opponent by shuffling from side to side to get past them, shoot and score.

When you’re playing and winning competitions, you’ll raise from one level to the next gaining new improvements for your character. In fact, you’ll be able to personalize how your basketball player looks, changing their hairstyle, skin color, jersey type, as well as tons of other accessories anyway you want. Clearly created in homage of the classic NeoGeo Street Hoop aka Dunk Dream in Japan    (ダンクドリーム);  this game is an instant jolt back to the better days of the nineties. Here, you’ll  join up with the US, France, Germany or Spanish national teams, and relive the glory days of 90’s basketball. Game play follows along with the original, it’s best to remember to keep an eye out for the ‘super shot’ bar that improves your aim. In essence, the great Street Hoop, brought back to life on your Android, this game is perfectly adapted to today’s touch screens.

Warning: this game is extremely fun and also highly addictive.

Appearances often deceive. While Ketchapp Basketball might look candy coated and simplistic, and essentially it is, that doesn’t mean it won’t get you hooked. Focusing exclusively on shooting a basketball into the hoop, it’s simple graphics and minimalist game play will ring true to Ketchapp fans.

Stars earn you new balls, which take on interesting colors and shapes like planet Earth, a watermelon, a dragon ball, a tennis ball, and many other types of balls.

Gameplay for Basketball Shots for is super simple. Just make sure that you pay attention to the force indicator and don’t go too far. If you don’t go far enough, you won’t make the basket, but if you go too far, you’ll also miss. So, make sure to be very precise when shooting.

When you play Basketball Shots 3D, you get to choose between four different difficulty modes, depending on your skill level. Also, playing on your own or online against other players around the world is another option that’ll earn you coins to buy new courts for your games. This time we’ve brought you a 2D basketball game where you’ll focus on playing super fast one to one matches. Move on your screen from one part of the court to another, fake to the sides, shoot towards the hoop, slam dunk, and block like a madman.

Careful there, you really have to watch out for your players resistance levels. If your guys get too tired, your only option will be to switch players from the bench and bring in a new player. So don’t forget to keep them hydrated. Dunkers is bonkers. Flail your arms wildly, or not, and just do as you will. In any case, the ONLY thing that matters in this basketball game is slam dunks. Yes, you read that correctly, if you happen to sink a rebound, it WON’T count. ONLY slam dunks are worth any points in this game.

The game controls in Dunkers are very simple: tap the left side of the screen to go back and the right to get your player grabbing at the ball. Controlling your character is extremely chaotic, which goes a considerable way toward making the game as fun as it is. Don’t be fooled by its simple graphics. Stickman Basketball has surprisingly realistic game play considering, you know, the stickmen. With a number of game modes, over 30 different teams and their uniforms, you won’t be missing any variety in this basketball game dedicated to stickmen.

There’s also several different game modes and court styles. While lacking when it comes to graphics and visual depth, it still has decent animations and quite a lot to choose from in terms of content.