The first month of the year is always a strange time when production seems to slow to a crawl. But this hasn’t prevented a whole slew of quality apps from being released on Android. And it hasn’t stopped us from talking about them, either. Just like we did with the top games of January, it’s now time to talk about the most relevant apps of the first month of 2019. And of course, they’re all free and ready to be downloaded from our website. 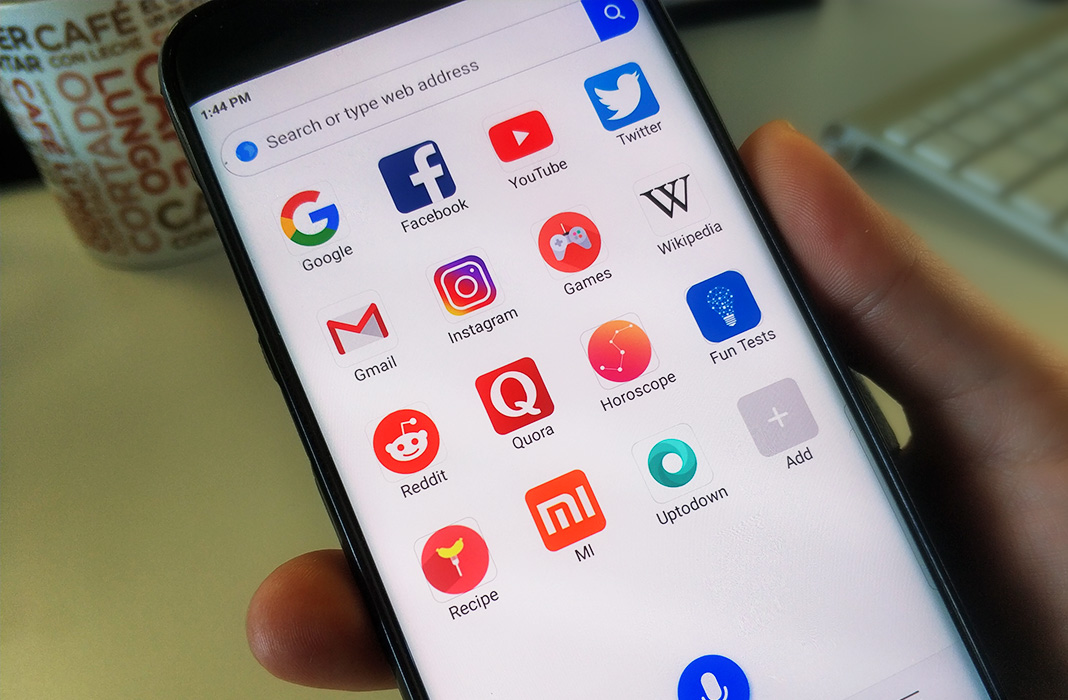 The tremendous amount of audiovisual content that we consume every week is hard to even comprehend. Especially with the enormous and growing number of streaming platforms that offer access to movies and TV Shows. That’s why it’s always nice to talk about apps like Flixi; tools that let you keep track of everything you watch. The best thing about the app is that it offers the possibility to filter content by platforms, which comes in really handy for getting organized and knowing where each thing can be found. [Download] 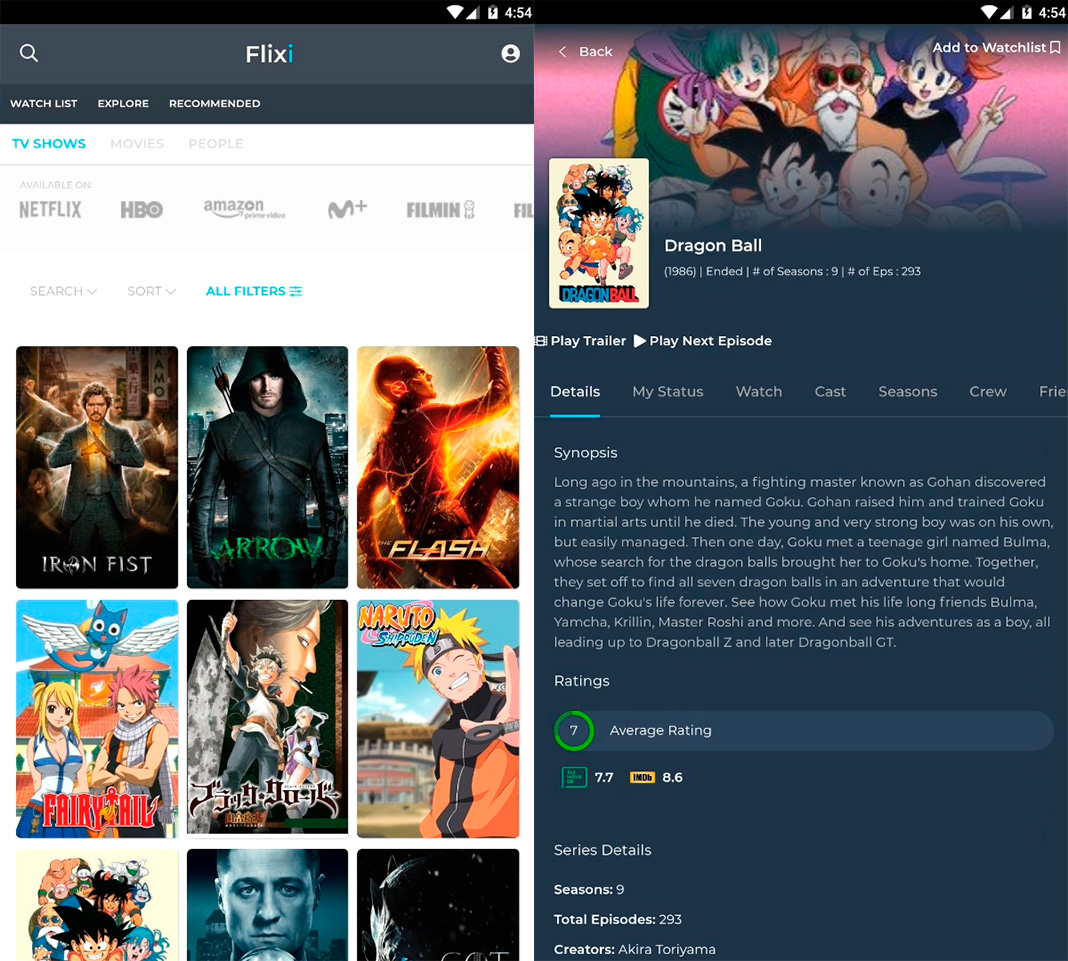 The number of image galleries on Android is enormous beyond comprehension. There are options for everyone. But that won’t stop new contenders from showing up in this endless battle. And we have to admit that Memoria Photo Gallery isn’t bad at all. Using the always-attractive Material Design, this gallery lets you access your photos quickly to organize them however you like. Plus, it lets you create secret albums to safeguard the images you want to keep hidden from prying eyes. [Download] 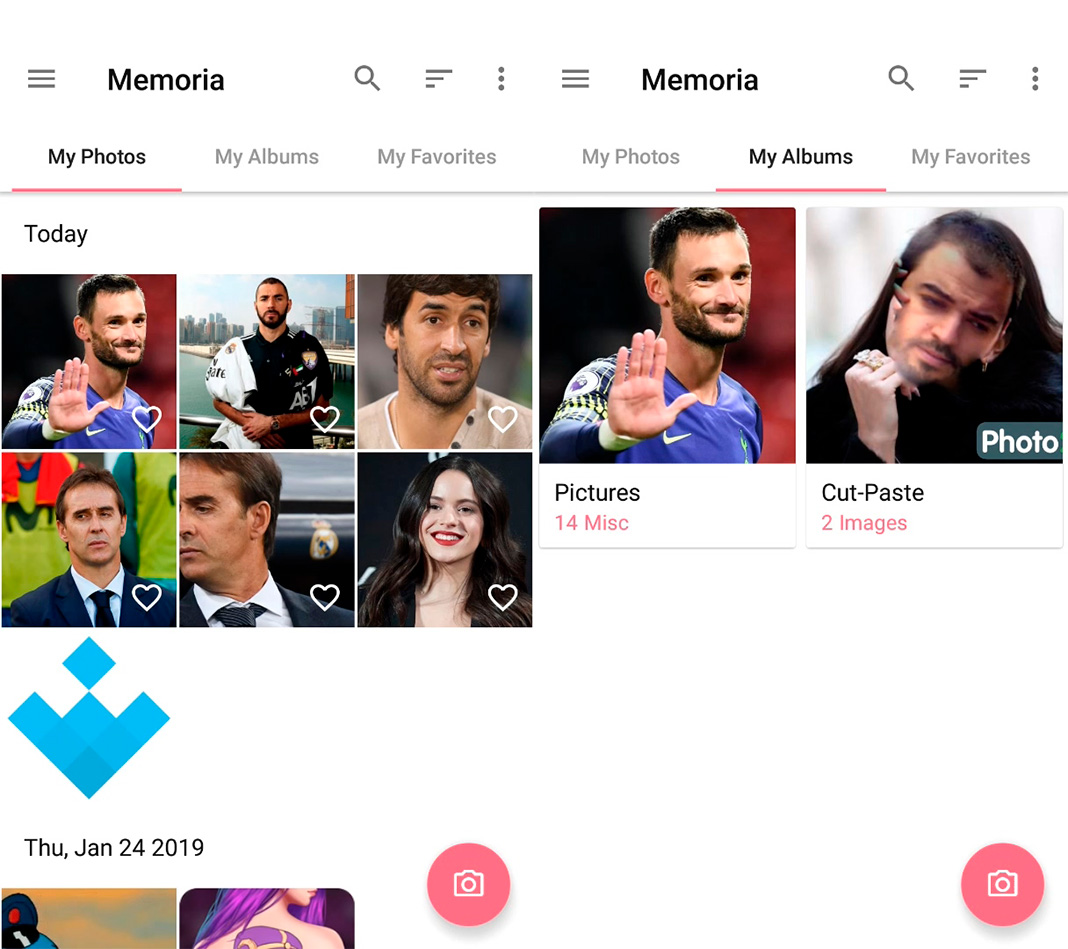 The always-trustworthy Action Launcher has released an independent app that will alert you about how much you use your Android device. Thanks to ActionDash, you can find out how much time you waste using the apps on your smartphone or tablet, along with collecting all different statistics: the number of times you unlock your device or how many times you open apps daily. It’s an app that’s as useful as it is interesting. [Download] 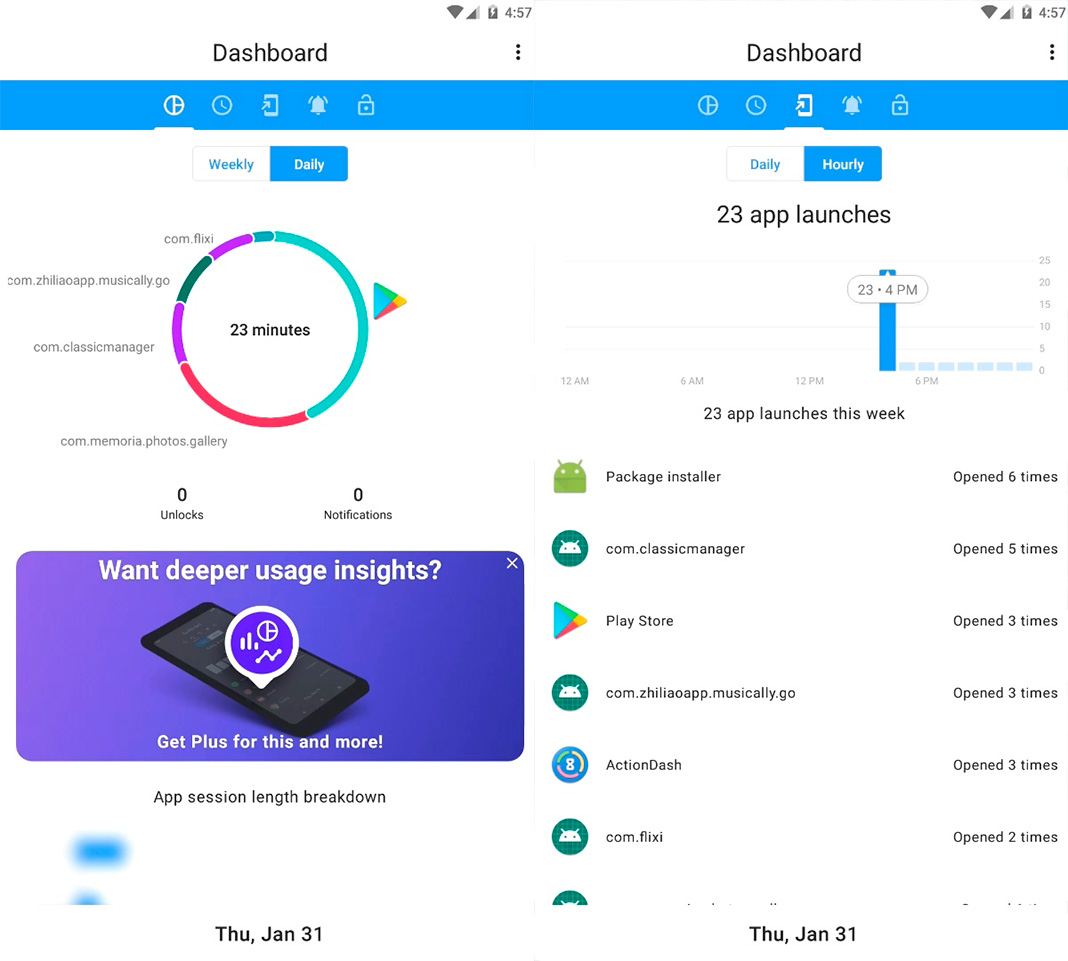 The grandfather of apps that simulate VHS recordings finally has a free version. This Lite version of VHS Camcorder only lets you record for 30 seconds, but at least it will be time well spent thanks to the quality of the results. Go ahead and embrace the nostalgia with this excellent app. [Download] 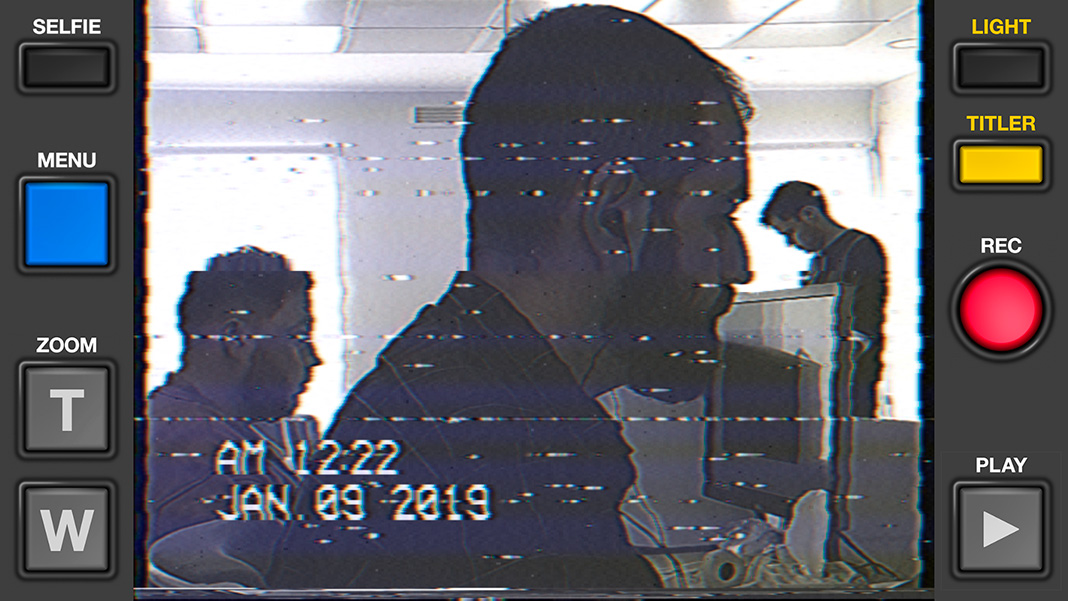 To say we’re talking about the Spotify of classical music may be going a bit too far, but there’s no doubt that ClassicManager is going for something similar. This virtual library of classical music lets you listen to endless compositions from the biggest composers in history. Its interface may not be the best, but the service it offers is great for classical music lovers. [Download] 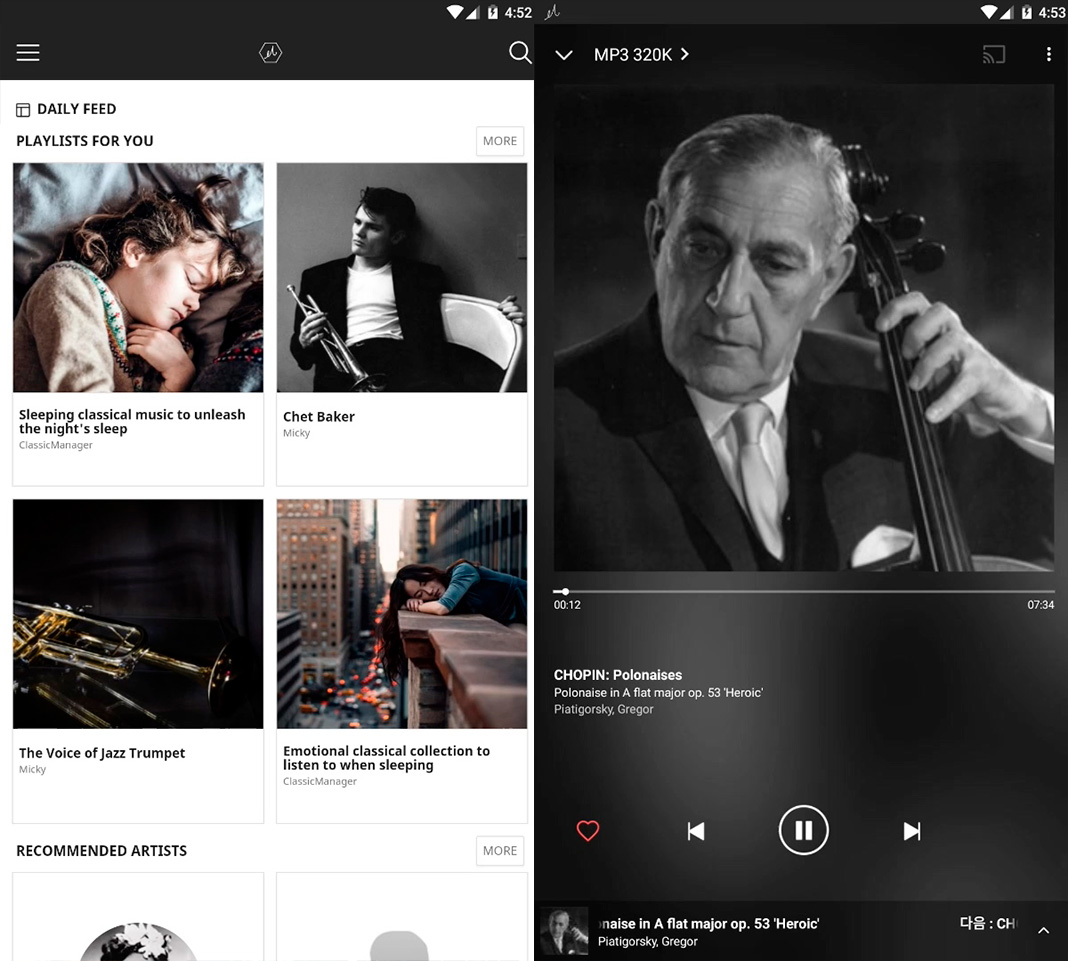 It’s impossible to count the number of physical products launched by Xiaomi and its associates, but lately, they’ve even started to test the waters in the market of digital apps for all devices. Mint is the company’s attempt to break into the universe of browsers and its main feature is its reduced size: only 10 MB that provide you with smooth navigation. It offers plenty of customization options and a pretty bright future. We’ll see if it continues on the right track in the upcoming months. [Download] 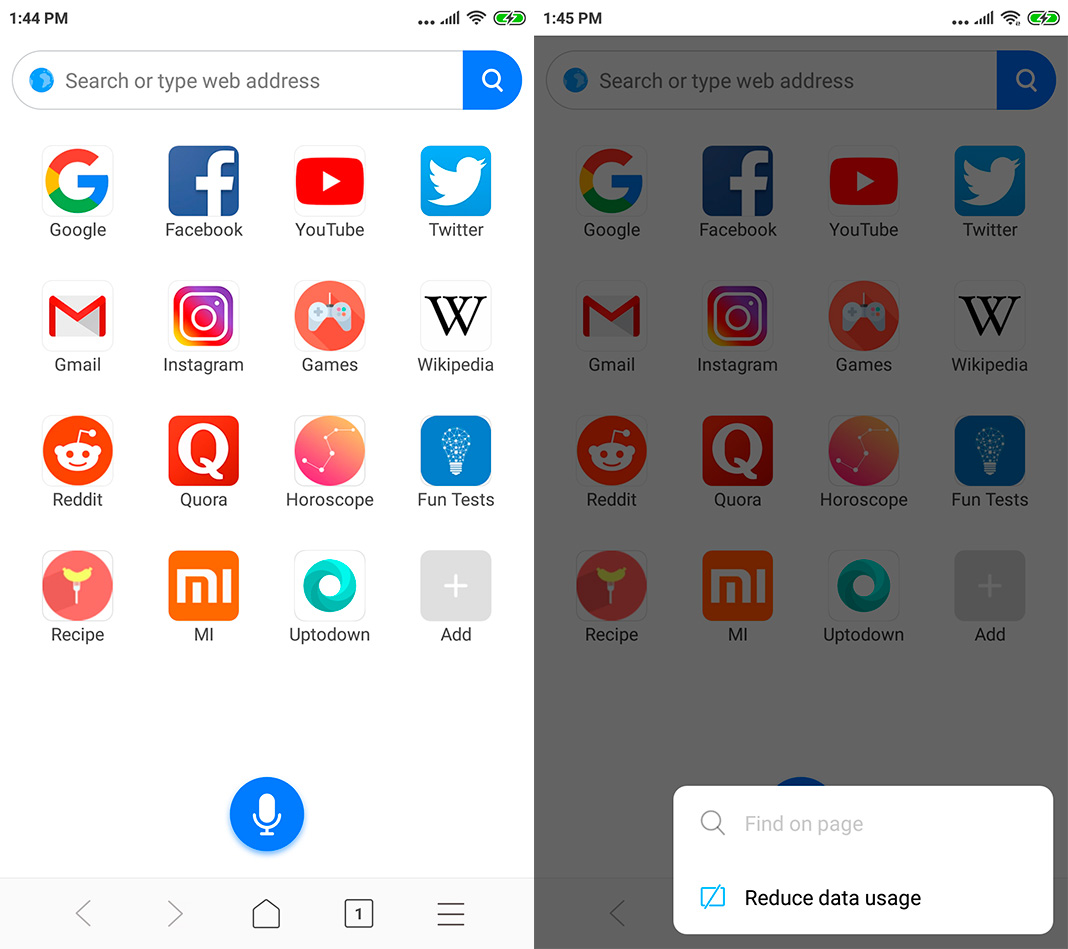 The TikTok phenomenon has surpassed all possible expectations. Right now, it’s one of the most popular apps around the world and there appears to be no end in sight to it’s exponential growth. The eagerness of the team behind the app to reach every corner of the globe has led to Lite versions existing for lower-end devices. It works practically the same as the original but takes up less space. What more could you ask for? [Download] 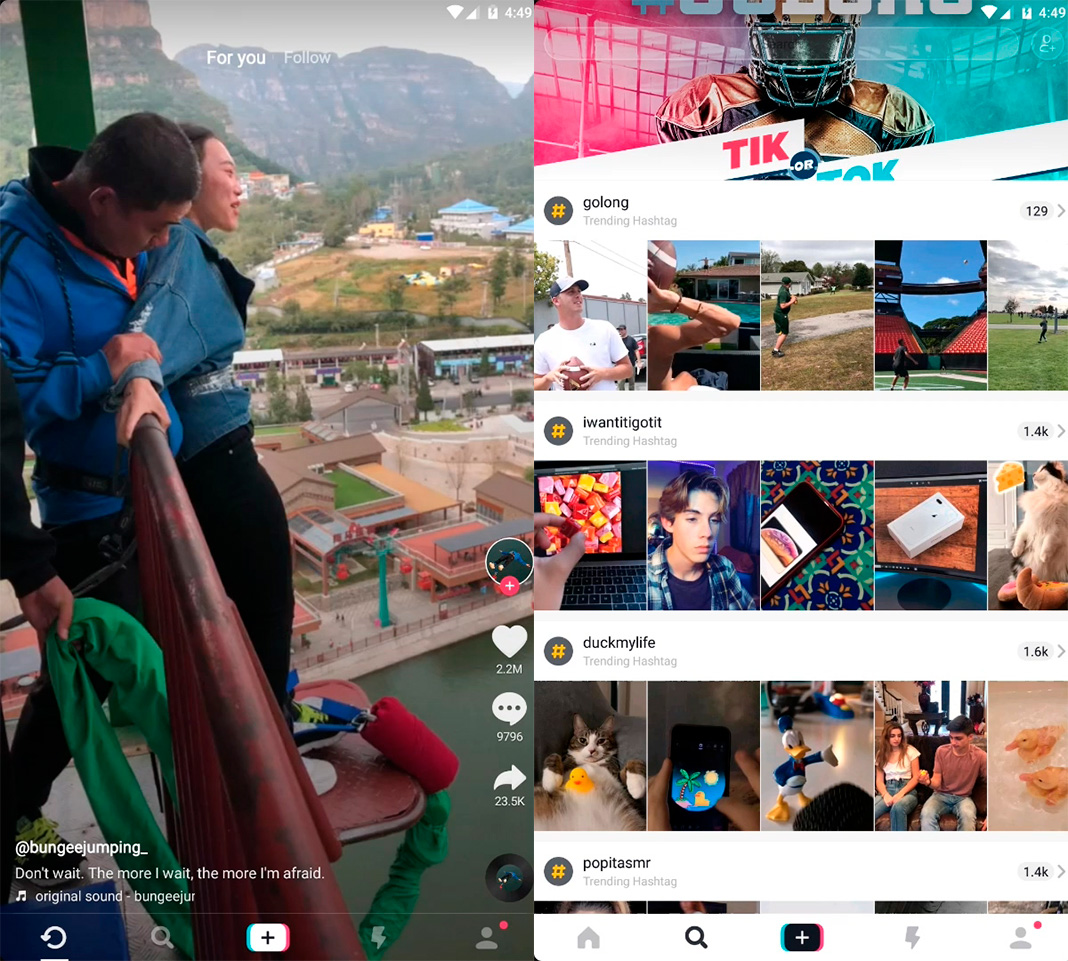 The obsession with virtual avatars seems to be back with a vengeance and Kouji is here to ride the wave. This app has taken the reigns from Bitmoji and Zepeto thanks to the immense customization that it allows and even adds an interesting new feature to the mix: the possibility to use your avatars in augmented reality. Another important aspect is that its interface resembles Instagram Stories, so users have it easier than ever to learn how to use it. [Download] 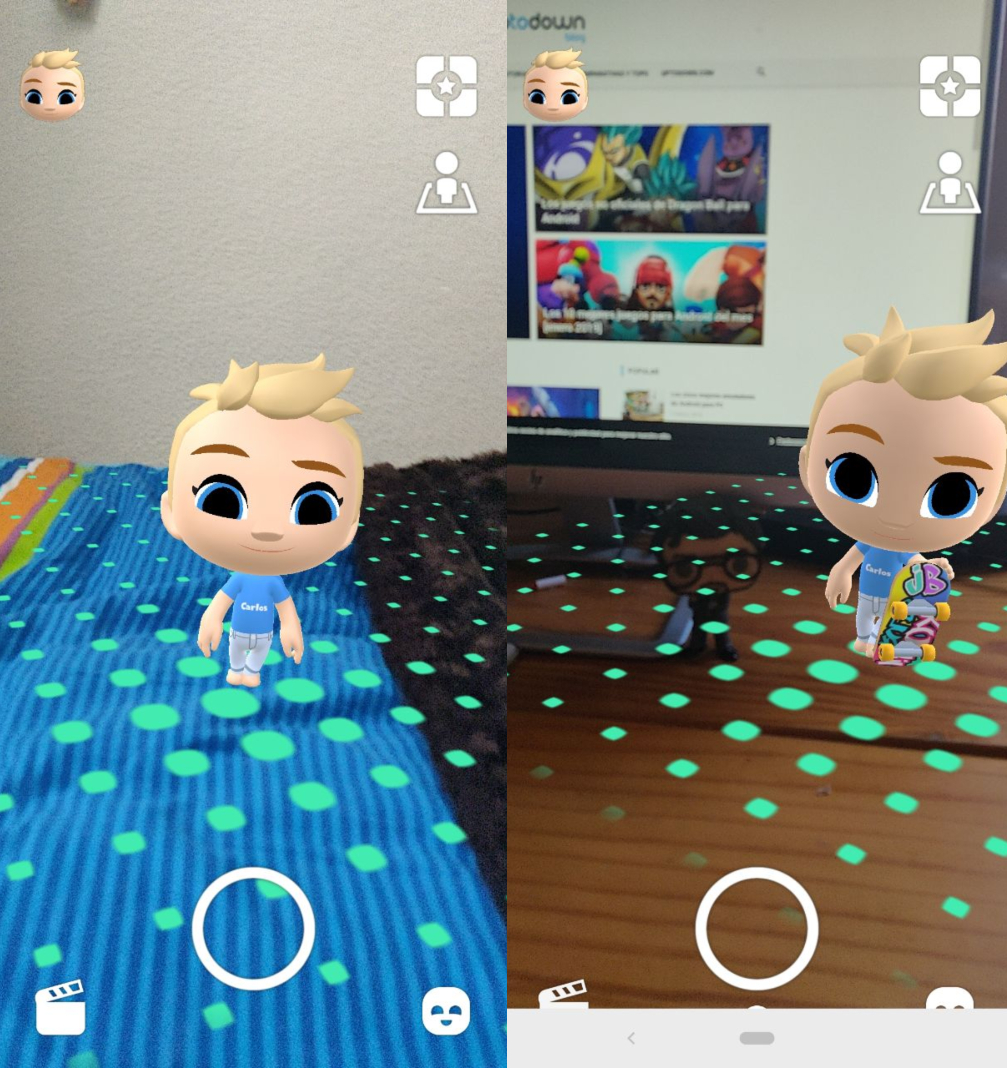 The truth is, we’re flooded with to-do list and note taking apps. But lumping Notion into this category with the rest would be unfair. Yes, it does let you make lists and create notes easily, but this app is so much more. It’s a complete text editor with an enormous number of templates to work with however you please: organize work groups, create wikis, or make shopping lists. It’s an app that works for everything and everyone, letting you create shared spaces like in Slack. It’s really something special. [Download] 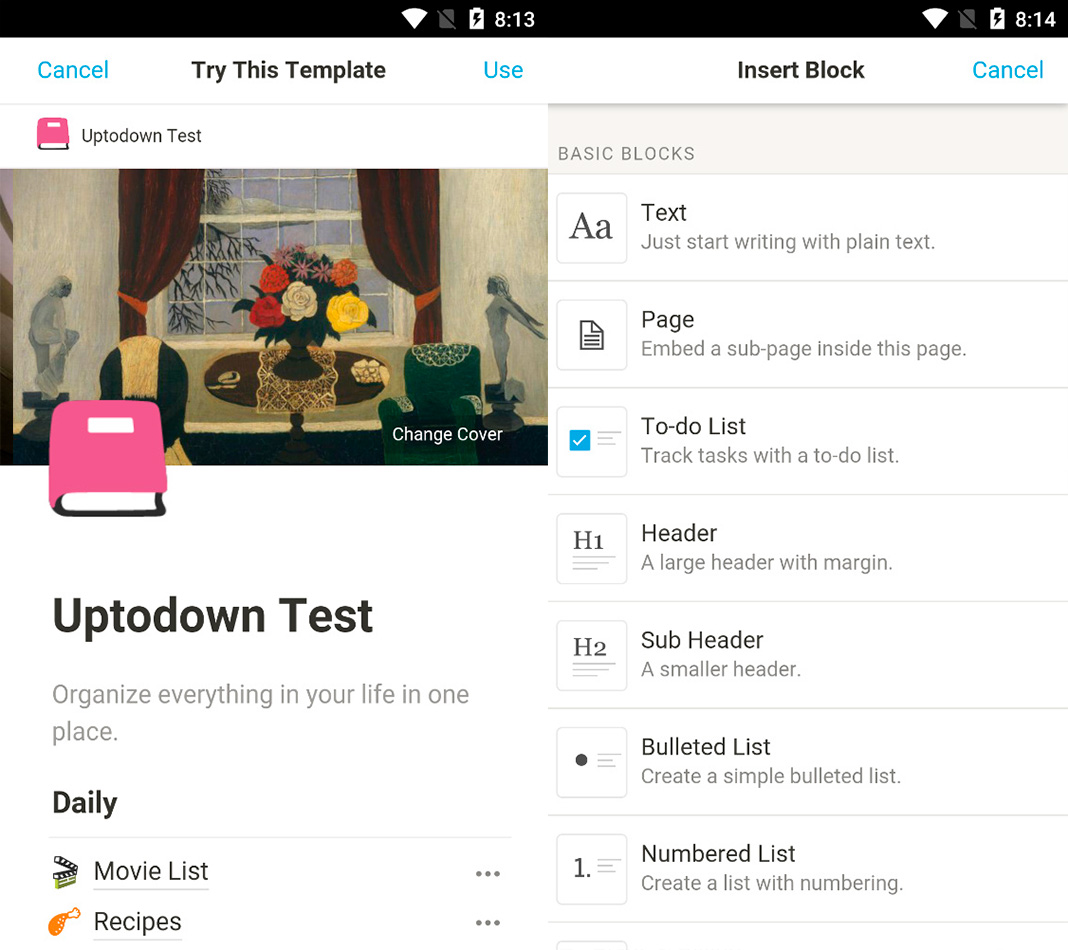 MANGA Plus by SHUEISHA

The arrival of MANGA Plus is going to mark a sort of ‘before and after’ in the world of manga reading. This right here is the official app from SHUEISHA, the most powerful publisher in Japan, that offers legendary series (Dragon Ball, Naruto, Bleach, etc.) and current editions on a weekly basis. It’s all translated and in the best quality. The catch is that you can binge read all the chapters, but at least you can enjoy the most popular series legally and for free. [Download] 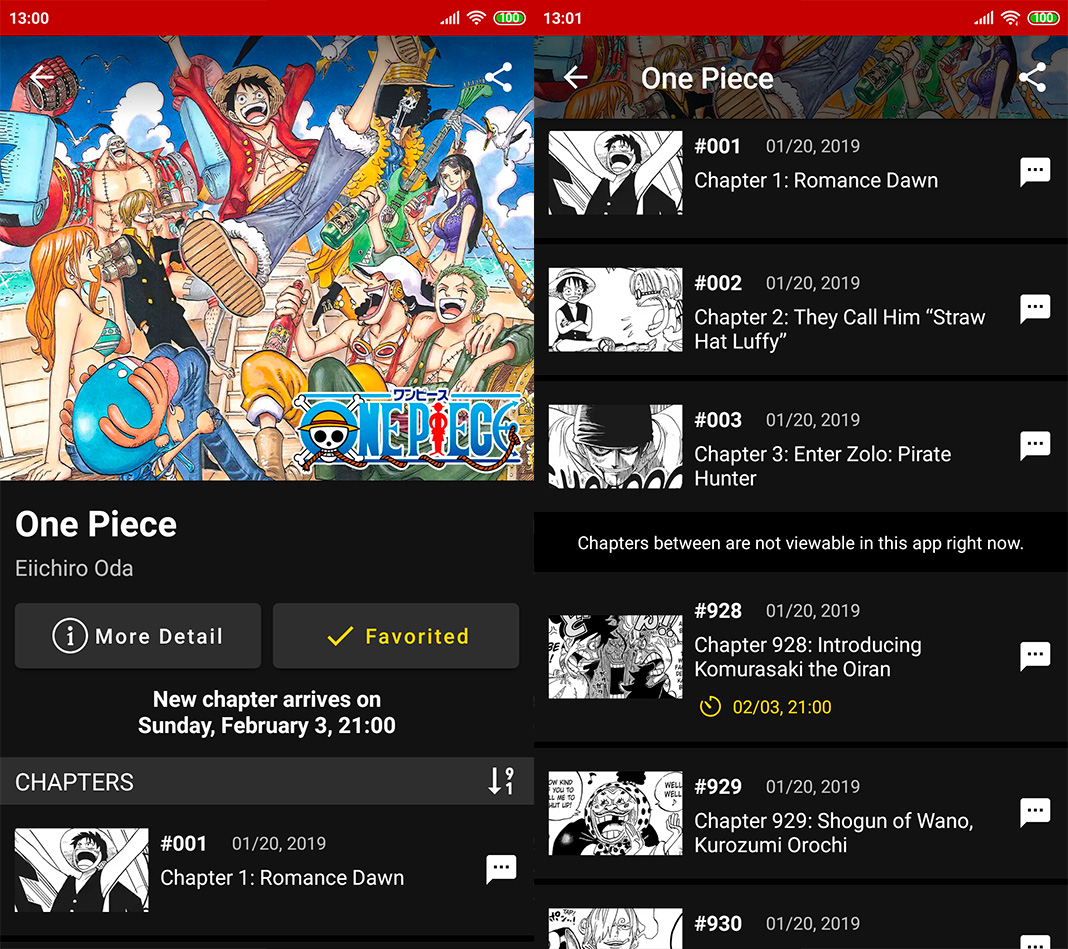 5 great apps to read comics legally on your smartphone

Read the best manga legally and for free with MANGA Plus

Create your own augmented reality characters with Kouji