Home Tops and Comparisons The best Android video games in 2021 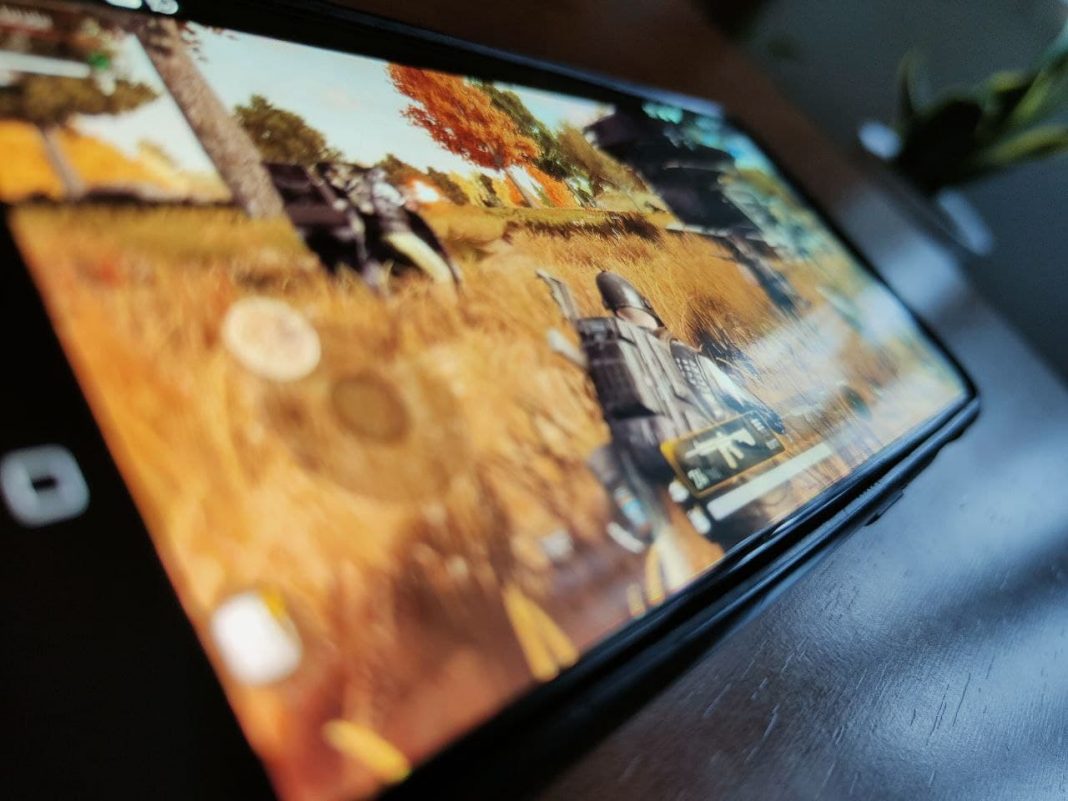 This year we have also enjoyed the launch of many high-quality games. Variety is the spice of life, and there are many genres, gameplays, stories, and franchises that have made us spend hours and hours in front of the smartphone. Some titles are more realistic and others have a hint of old classics. However, all of them have a common denominator: to make us spend hours of fun. After these twelve months, we wanted to summarize the best video games for Android in 2021. Here are the winners of our Uptodown Awards!

Like most insects, ants are of great importance in developing ecosystems. To involve you in the work of this tiny species, Ariel Games offers you to manage your own anthill. In this game, you will always have tasks to perform so that large groups of hymenopterans can carry out their activities effectively. Expanding the colony while collecting resources and capturing creatures is very entertaining. Besides, it is one of those games that you will enjoy at any time and place without demanding resources from your smartphone. [Download]

Going into the universe of this card roguelike inspired by Slay the Spire is always a highly recommended option. You will try to overcome the enemies by using your three best cards in each game. In fact, in the different turns, you must try to anticipate your opponents in order to gain experience points. All this will make you improve the cards in your deck to increase your chances of success. It should be noted that the game characters are distributed in a mobile 3D setting. [Download] 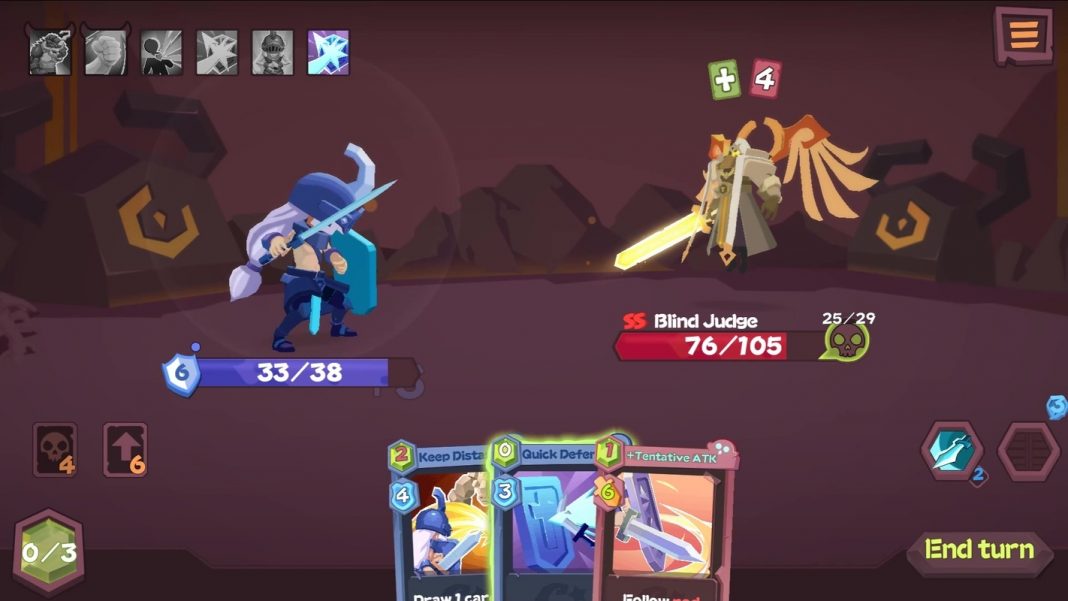 Imagine stepping into an elevator and finding yourself surrounded by an audience and even a referee in a black and white striped shirt. Although it may seem like it, no, you are not in a boxing match. The popular rock-paper-scissors or jan-ken-pon game takes a 360-degree turn in this addictive title from Humita Games. Trying to get the best element out of the three available, you will seek to beat your opponent in order to climb floors endlessly aboard the elevator. Undoubtedly, this is one of those videogames that base their success on the simplicity of their gameplay. [Download] 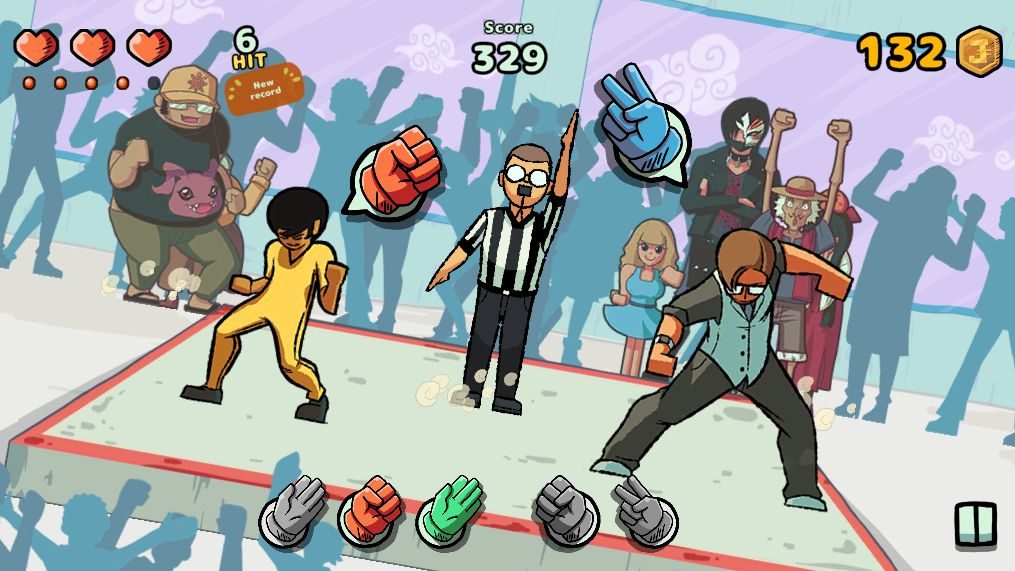 Little more can be said about Android’s most successful battle royale in 2021. The various versions of PUBG have garnered more than 150 million downloads on Uptodown, counting this year’s figures alone. In PUBG New State, you come across a spectacular sequel in which you will once again demonstrate your worth to survive. You will move through each zone of this hostile territory to defeat enemies with all the weapons and war resources available while staying alive. [Download] 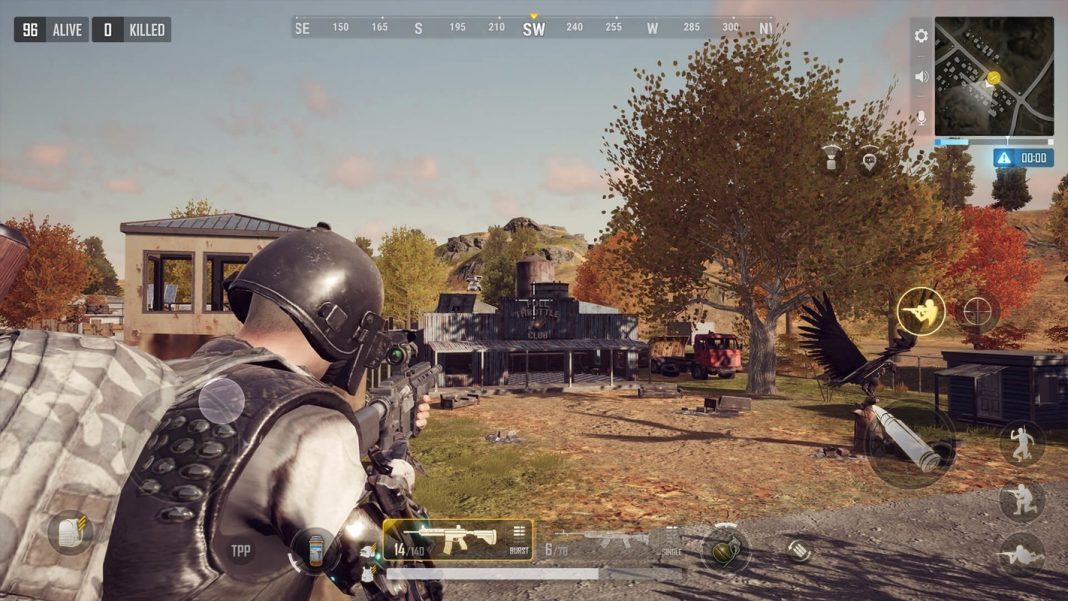 Expanding an empire throughout a distant land will be the main objective in Hexapolis. With a vertical screen orientation, you will be able to control, using only one hand, all the actions performed by your soldiers. This title has a 4x gameplay inspired by hits such as Civilization. You will gradually explore and expand this territory in time-limited games. This makes this title much more dynamic than other turn-based strategy video games. [Download] 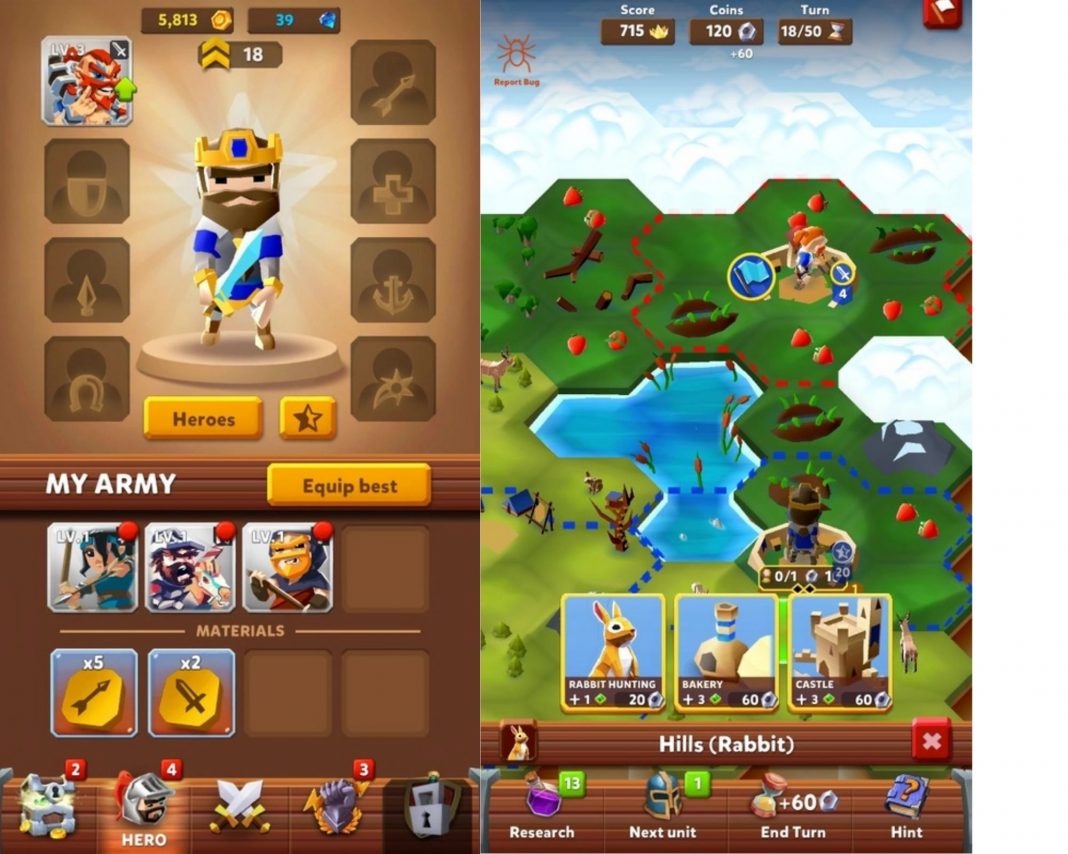 It is almost impossible not to succumb to one of those racing games similar to Mario Kart. In Starlit Kart Racing, we find varied circuits full of power-ups that you will try to collect. You will feel the adrenaline of completing each track while overtaking rivals through a control system fully adapted to your smartphone. As the games go by, you will unlock new cars and drivers that will allow you to have a lot of fun with the accelerator pedal to the metal. In addition, the graphics are very nice, and the effects, quite realistic. [Download] 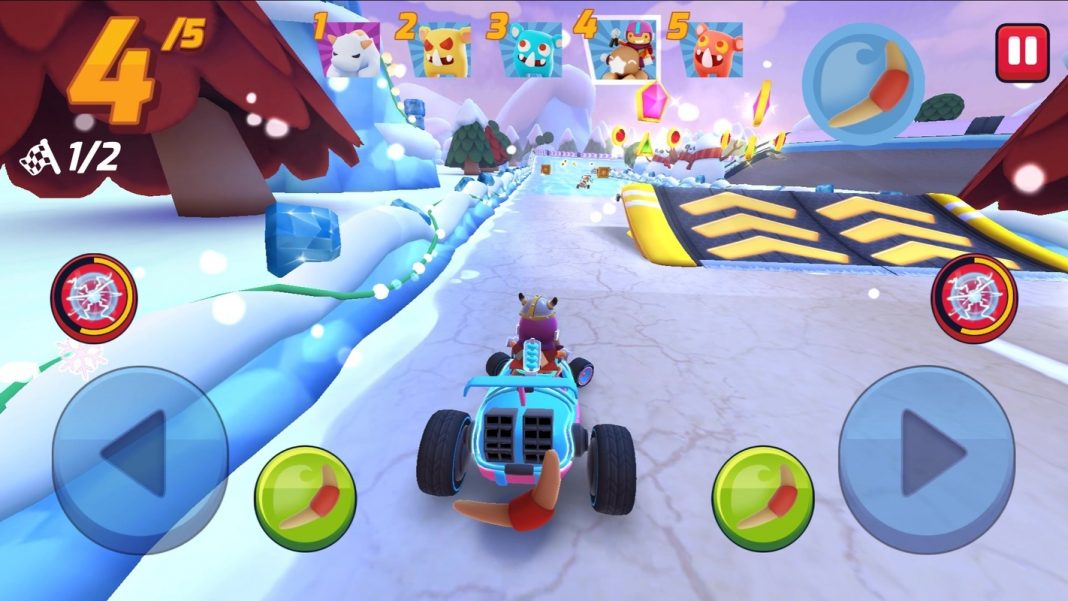 You will have a great time on your smartphone by freely controlling many characters from the Marvel universe through an extensive city. This MMORPG will allow you to discover dozens of unique abilities with which Spiderman, Captain America, or Iron Man, among others, will complete spectacular missions. Thanks to its traditional gameplay system, focused on action, you won’t be able to stop exploring this open world with outstanding graphics. [Download] 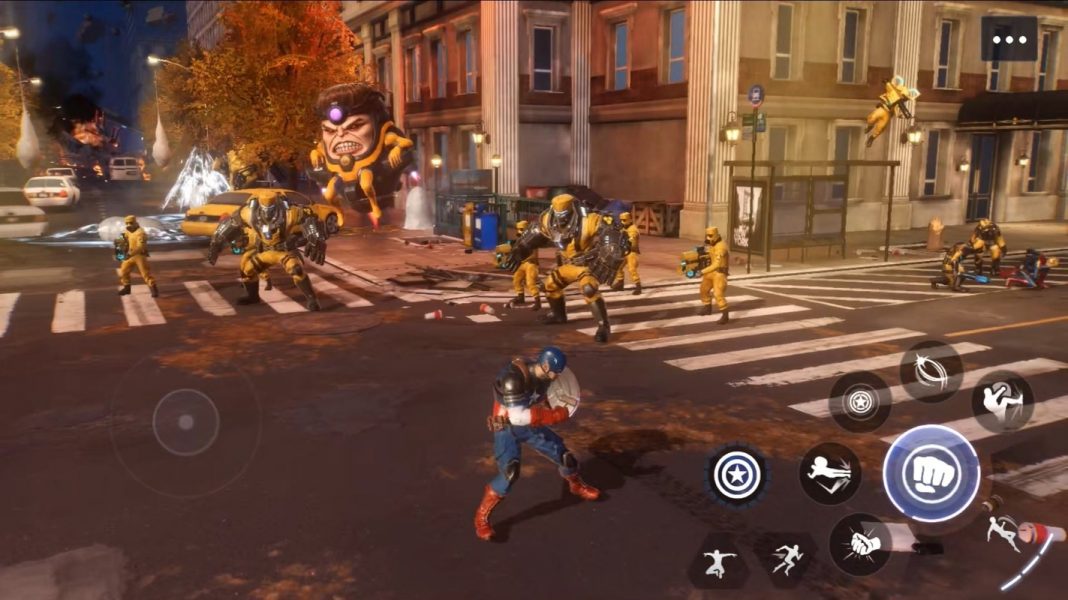 Going into a spaceship to find an impostor or being the bad guy in the movie is always a juicy premise. In this party game, you will once again put on your space suit to go through these settings adopting one of the two available roles. Whether it’s your turn to strike down the crew members or you are one of them, you’ll feel the thrill of completing tasks and the adrenaline rush of breaking everything. Besides, the game offers you 3D graphics with an isometric perspective that enhances the immersion in the action. [Download] 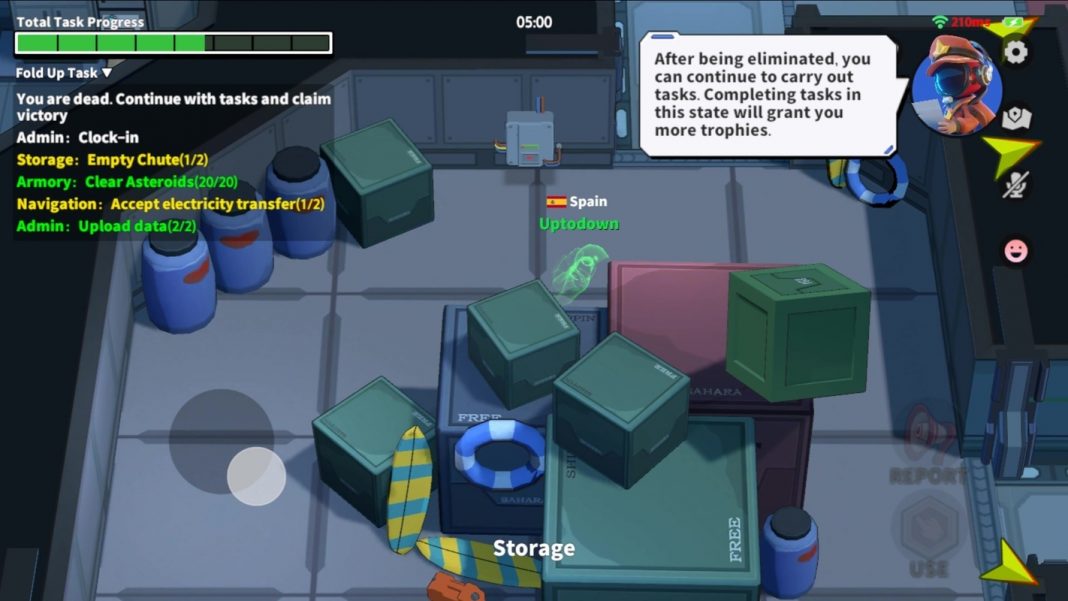 When it seems that match-3 games are a thing of the past, another one always comes along to break the mold. This title from Goodgame Studios brings together all the elements to become addicted to solving puzzles without rest. Who wouldn’t like to help a young farming couple in their quest to restore a somewhat sloppy rural environment? You will have to combine the same elements at full speed to achieve this goal and earn the rewards you will invest in unlocking lots of resources and items. [Download] 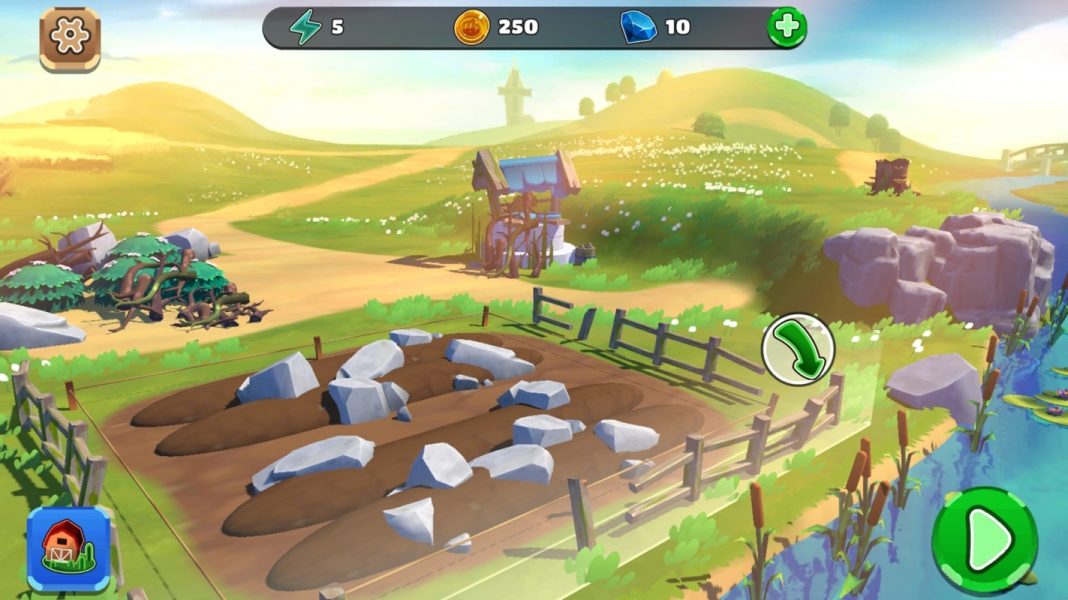 Android’s most adventurous gang returns with the sixth part of the successful saga developed by the Kleperians studio. This time the protagonist will be Charlie. The member of the well-known children’s group is in danger after failing to escape from the gloomy factory. Once again, you will not get tired of advancing through 3D settings that will be tightly guarded by the evil Rod and his subjects. Finding all the clues to open doors and new rooms will be the only way to escape before it is too late. [Download] 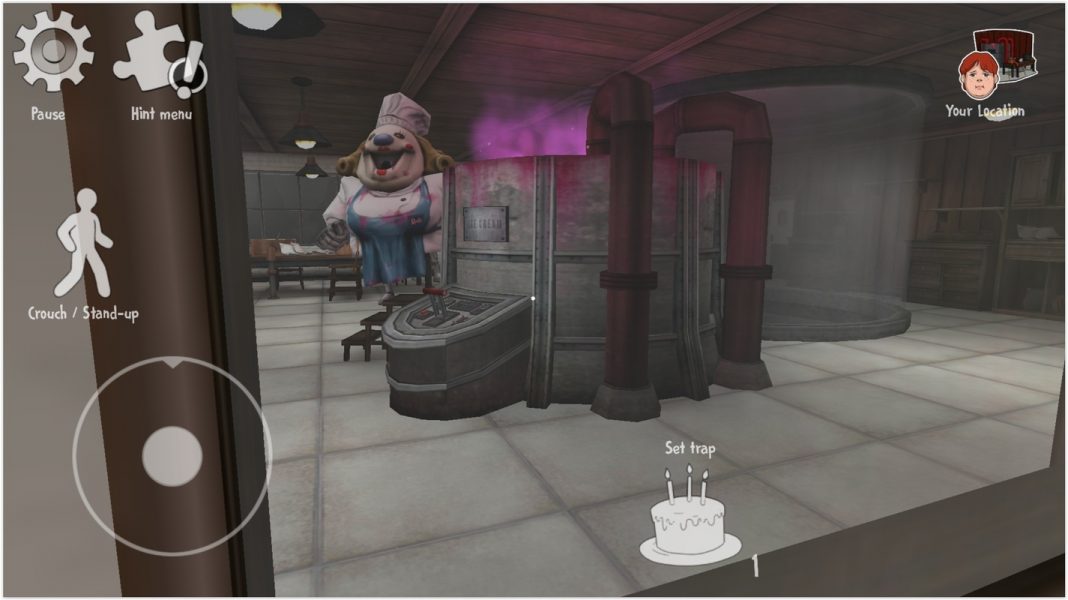 This is one of those games that become more entertaining as you consolidate your strategies. In Abstrrkt Explorers, you are in charge of expanding the land you control through movements in hexagonal squares. An endless number of elements are waiting to be unlocked so that you can place them in each of the 32 operational maps. Following a turn-based gameplay, you have to pay attention to the settings around you in order to carry out the best actions at each moment. [Download] 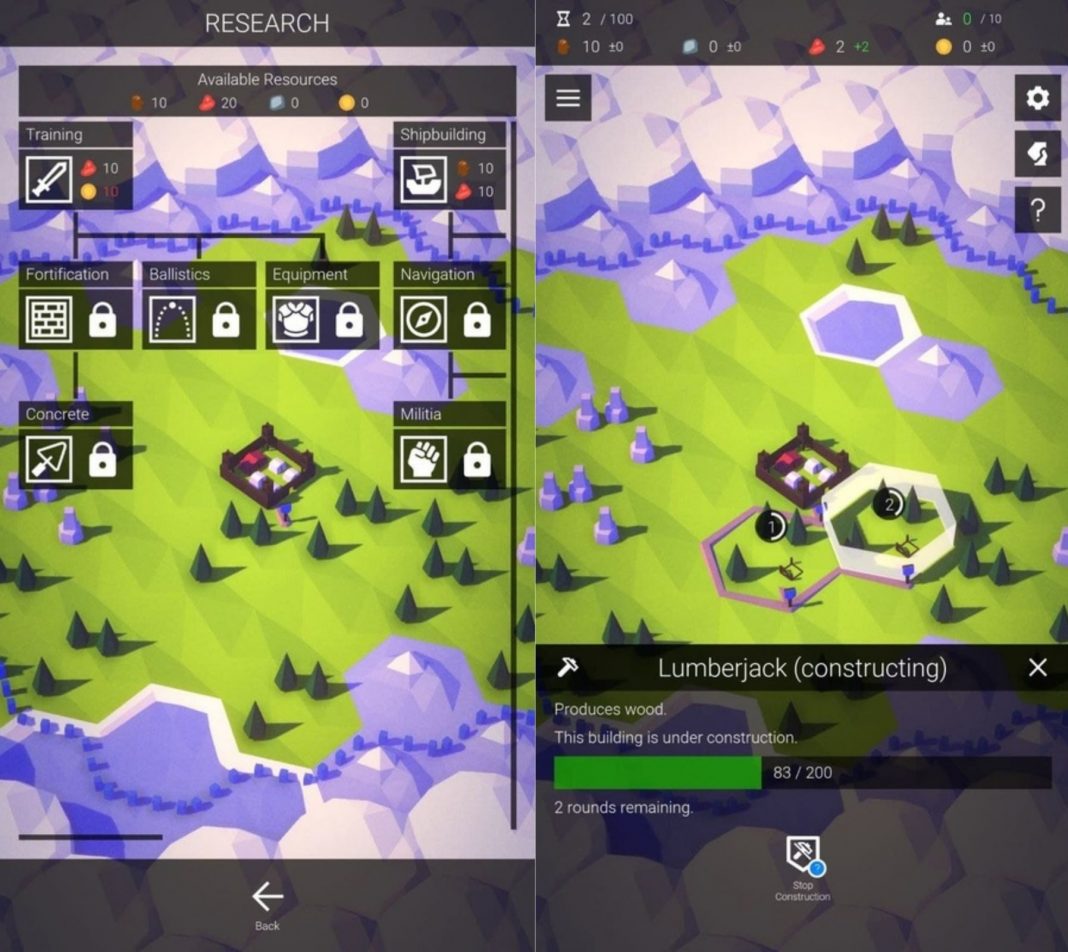 Platform video games are always a good choice to beat boredom. In Super Mombo Quest, a tiny monster will be the main character that you will have to help move without falling into any obstacle. The simple controls of this game and the beautiful based on bitmaps graphics will bring you closer to that nostalgic feeling of being in front of a genre classic. However, if you want to avoid the universe’s extermination, it will be essential to apply novel move combos. [Download] 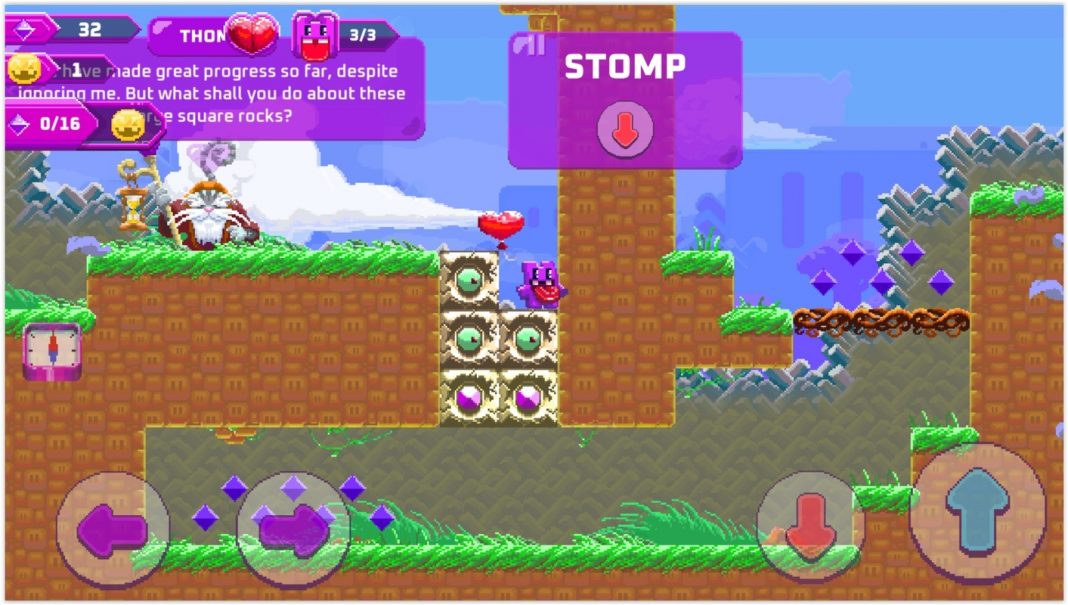 This is another of the best video games that 2021 has given us. This great adaptation of the successful Rocket League turned up on Android with a control system fully adapted to touch devices. Psyonix has paid attention to all the details in order to offer an enjoyable game experience. Through a lateral perspective, you will face 1v1 or 2v2 games in which you will try to score a huge ball in the opponent’s goal. You will do it using the power of various cars that will allow you to perform amazing acrobatics and twirls. [Download] 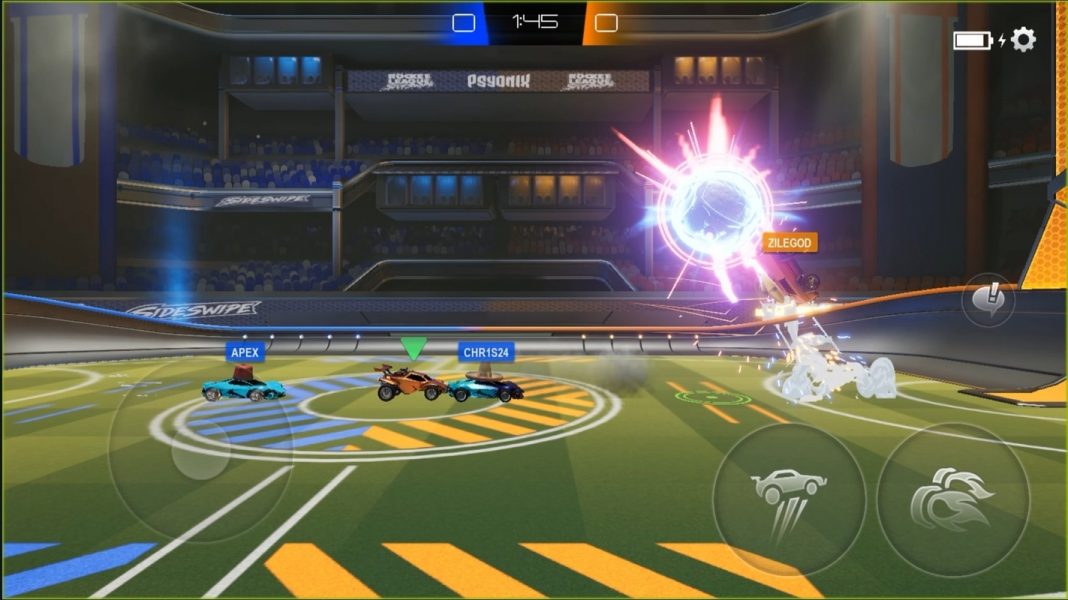 Devsisters Corporation has fired up the oven once again to create new cookies. In this strategic and so sugary RPG, you will try to form the best cookies’ team to face strong enemies and level bosses. When hitting each opponent, you will touch on the different character cards that appear at the bottom of the screen. In this way, you will put into practice numerous tactics that will allow you to defeat evil. In addition, with the rewards you get, you can improve the look of a city not suitable for people with diabetes. [Download] 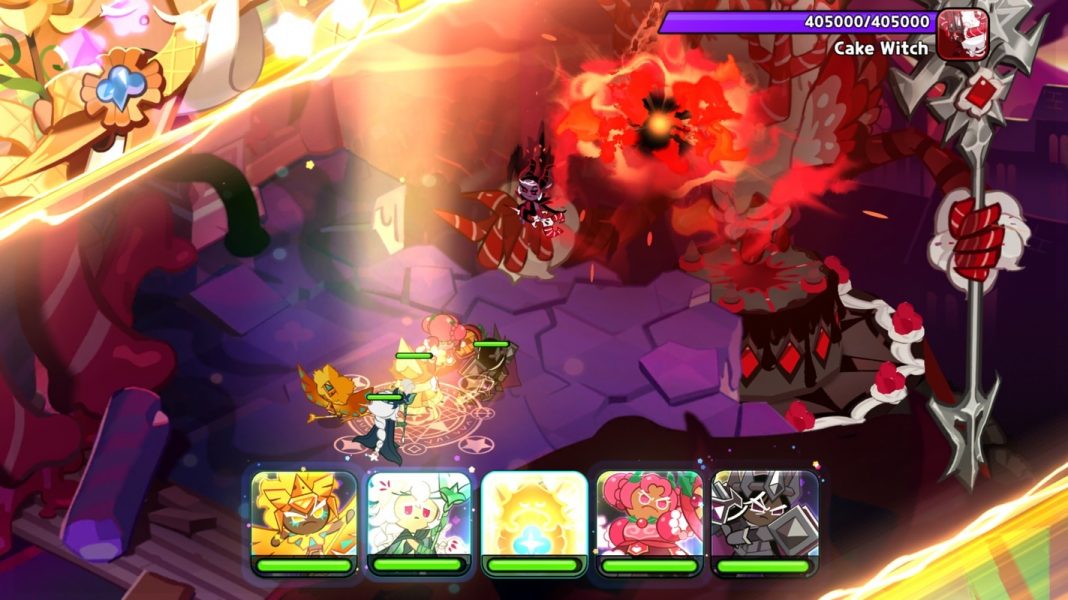 War After is another of the surprises in 2021. GDCompany has surprised us with a highly realistic FPS that has little to envy the leaders of this genre. By testing the different weapons, you will try to shoot accurately at the rivals to control all the map areas. To increase the excitement, the title takes you into games of about five minutes in which you will have to show your full potential by pulling the trigger. [Download] 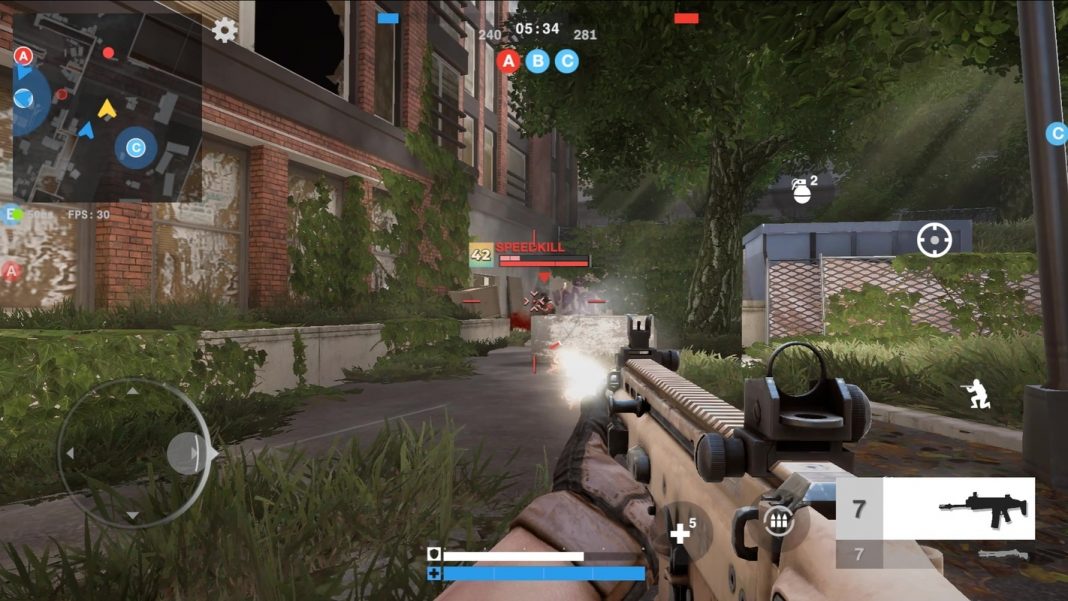