This heat is no joke, but our will and satisfaction of bringing you the best games of the month are stronger. Welcome once again to our collection of the most outstanding (and free) games of these last 30 days. Last year, we celebrated the month of July filled with excellent candy, but this 2019 is also delicious as far as quality goes. Don’t miss the 10 best videogames for this July. 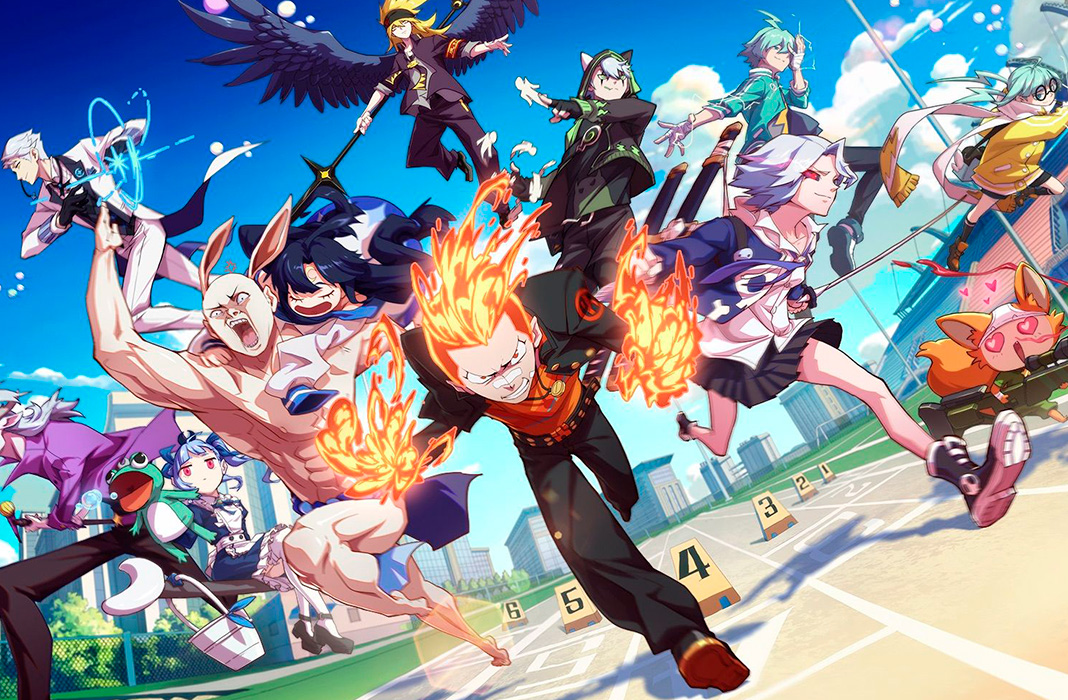 Veterans of this world will surely remember The Lost Vikings. That’s right, that game that made Blizzard famous before that whirlpool that was Warcraft, Diablo and all the other games that have sent it to stardom. Total Party Kill is a game that enjoys a similar concept: in order to advance in the game, you have to cleverly use your three protagonists’ skills. We’re talking about a loving bunch of pixel-art packed in one game. [Download] 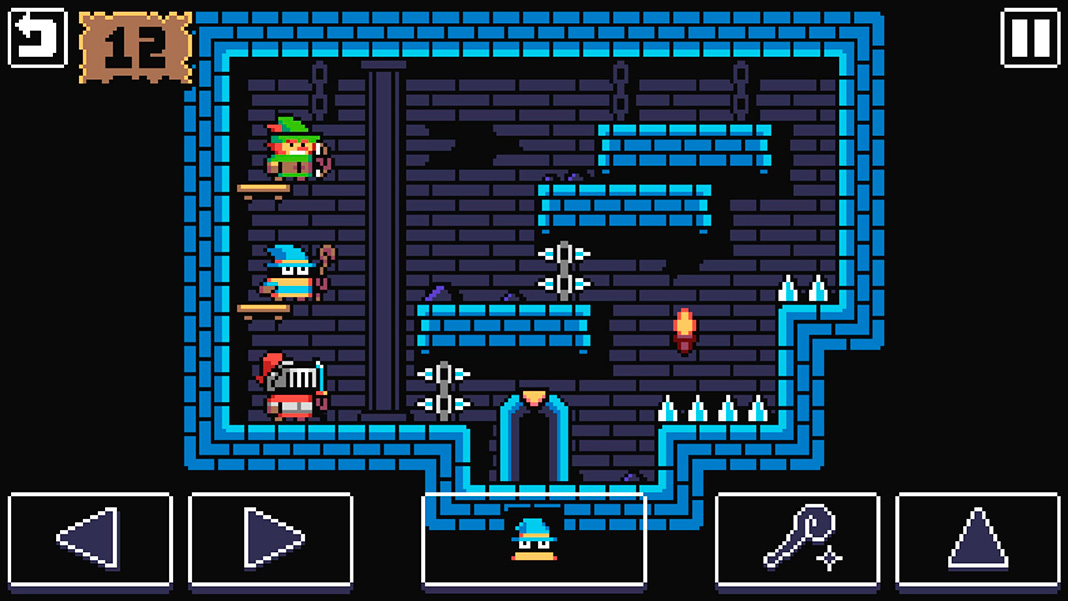 For a while now, competitive multiplayer games that challenge you to move your characters in order to reach the finish line have been springing up like mushrooms. Thief Rivals is fully aware of the huge number of rivals which is why it has a few tricks up its sleeves that make it shine over the rest: a super colorful and charming look and special skills that’ll give you unique features or bother your opponents. This game is as fun as it is addicting. [Download] 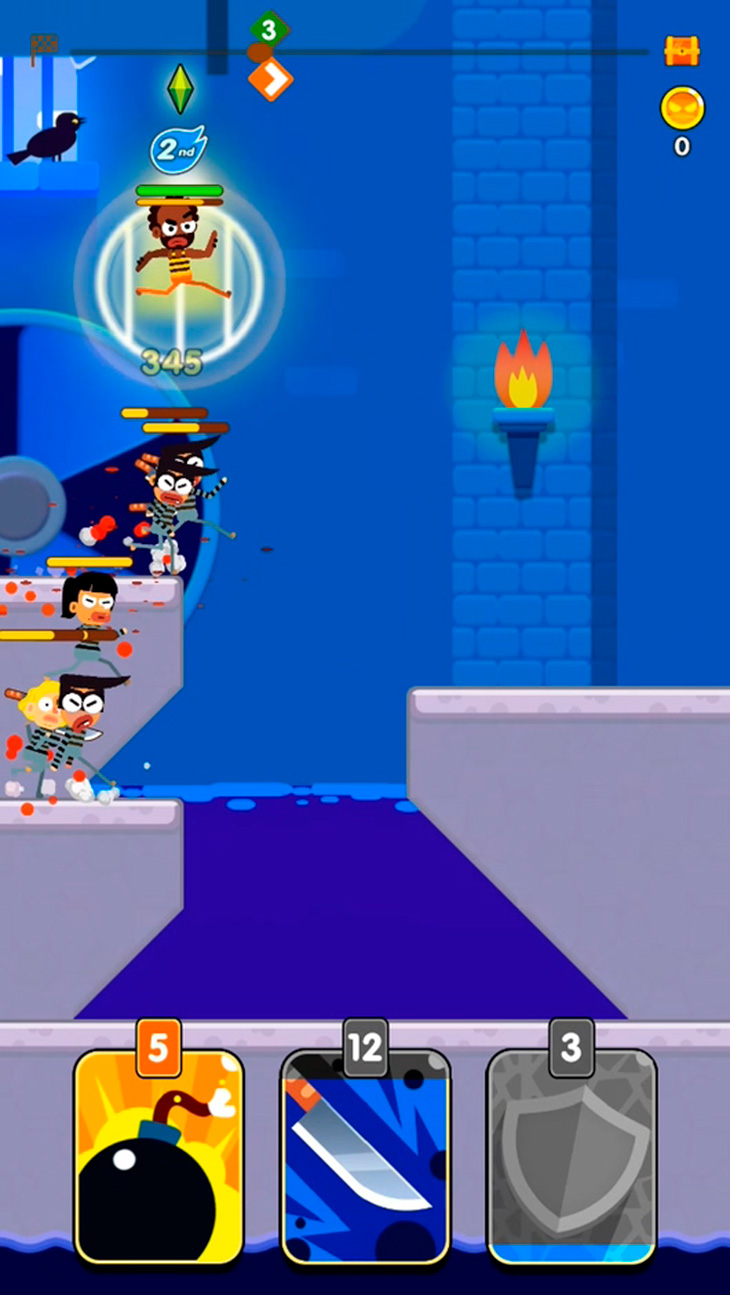 We’ve lost count of the number of LEGO videogames that have been introduced to the market in the last couple of years. Of the top of our heads, we’d say it’s anywhere between 10 and 1,000,000. This time, we’re straying away from the usual adventure games that are based on film licenses to present to you the super fun LEGO Tower. A strategy game with a hint of Tiny Tower alongside the charm that the most relevant Danish company brings you.  [Download]

Our first instances alongside Harvest Town made us quickly regret our text about alternatives to Harvest Moon and Stardew Valley. That’s basically because QY Games’ videogame is simply one of the best in its genre. You already know the drill: you get to have a virtual life in the country. You don’t just get to spend your time among crops and animals, you’ll also meet the beautiful citizens of the rural town. Who knows, you might even find love in this videogame remake of Farmer Wants a Wife. [Download] 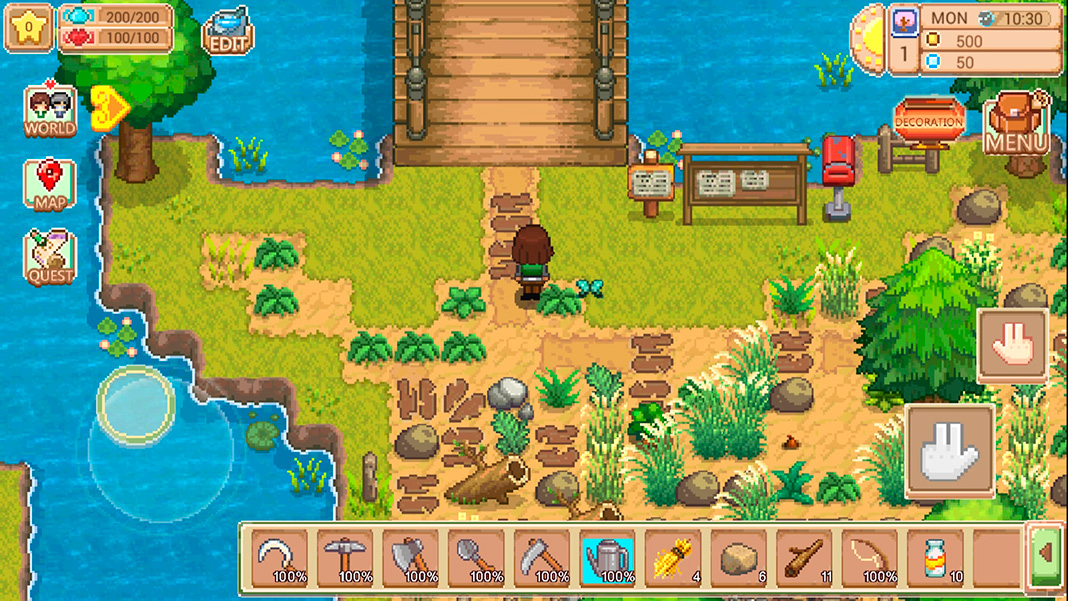 Evil Lands might not the be most aesthetically pleasing MMORPG, but we’ve thoroughly enjoyed the gaming experience. The game hints to a Gothic saga, which is always positive. The videogame doesn’t force you to play alongside others. In fact, you can play at your own pace and without distractions. There’s something for everyone. [Download] 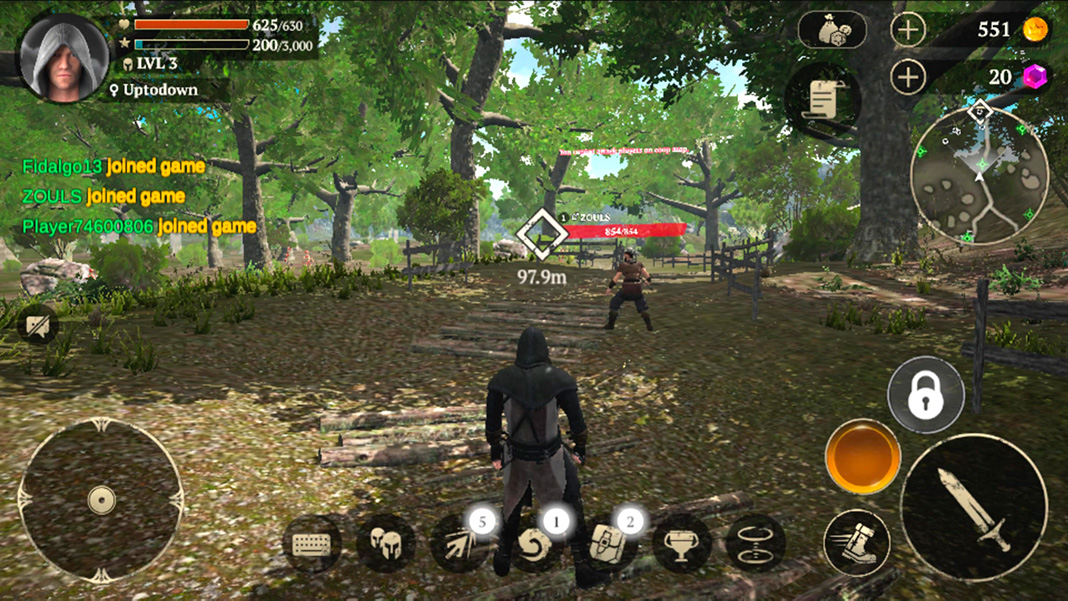 There’s no doubt that Capcom is one of the most iconic companies in the history of all videogames. We’re talking about its eternal legacy, as well as the characters that have appeared in each of their games. TEPPEN is a mishmash of all those cards trading PVPs where you get to control Ryu, Albert Wesker, Chun Li and even Featuring Dante From The Devil May Cry Series. The game wants to avoid being similar to other card trading games, which immediately turns it into a really interesting alternative. [Download]

2019 is slowly but surely becoming the year of Auto Chess and DOTA Underlords is largely (mostly) to blame. These strategy-based games aren’t too different from one another, but a Valve game will always have a head start: the quality is unquestioned. Besides, this genre started as DOTA 2 mod. [Download]

Since we’re talking about DOTA 2, one of the most enjoyable MOBA of all times should also be mentioned. Extraordinary Ones has finally reached the western world after several versions that were exclusively for China and Japan. We’re talking about a super refreshing action game due to its anime look, which we’re not used to seeing in this genre. [Download] 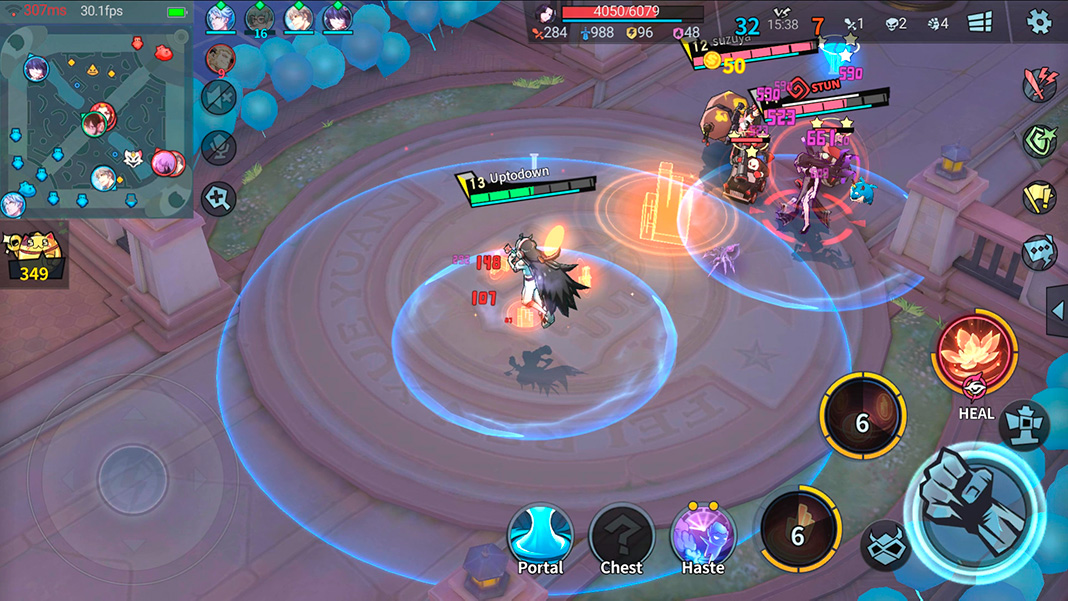 The world is governed by several rules that are as infallible as they are unavoidable: the Earth moves around the sun, a minute lasts 60 seconds and Tencent always releases high-quality trendy games. Chess Rush is pretty unique because it includes a Turbo mode with 10-minute rounds. This is pure joy for those who don’t have 40 to spend in an Auto Chess match. [Download] 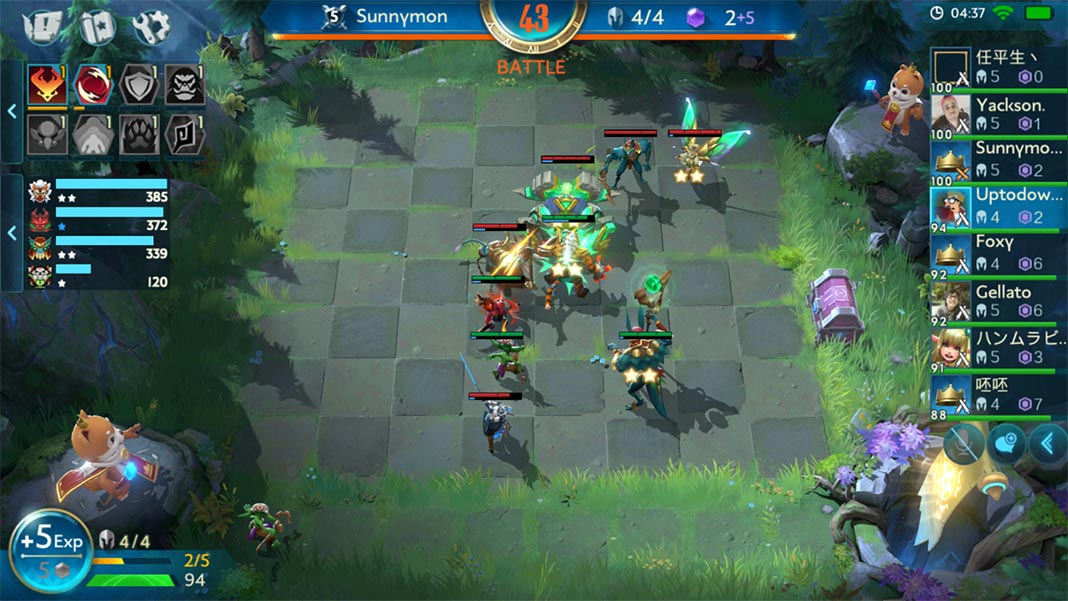 We’re in a bit of a rut when it comes to action and role-playing games for Android. Almost all the Action RPGs are cut from the same cloth and there’s little room left for innovation. We’re not saying that First Summoner is revolutionary because it borrows elements from different genres. But, everything works well in this game: the Clash Royale inspired card trading game mechanics, its long campaign mode and its dark theme. Although colors always seem to bewitch us, a cup of skeletons and creatures from the underworld is never a bad idea. Even more so when you get to control them [Download] 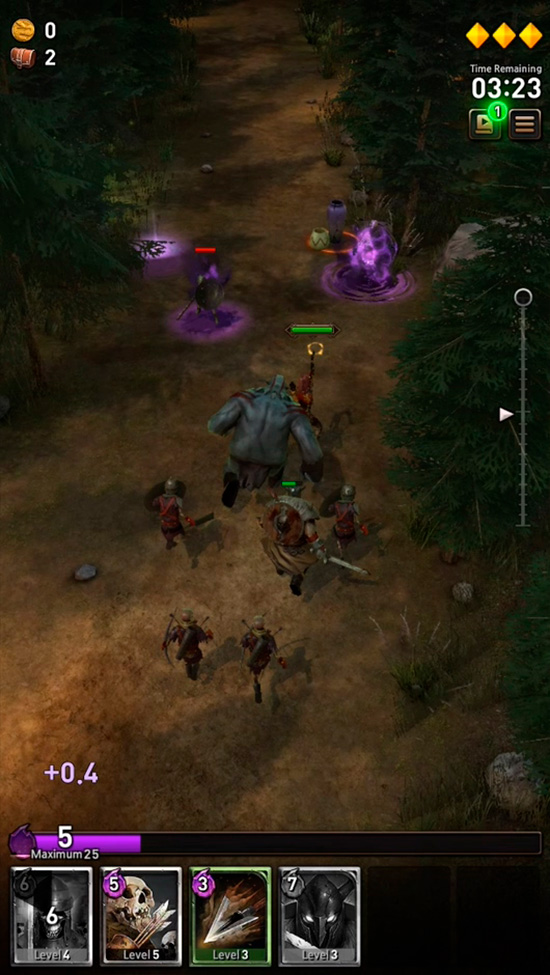 Android’s Action RPGs level up thanks to First Summoner

Auto Chess and the best games for Android?