It’s chilling to think that it’s been 20 years since Tony Hawk’s Pro Skater started its journey way back on the 32-bit consoles. While the skateboarding icon is now 50 years old and is still active, the industry and even the players have changed a lot since then, and this is reflected in this new Android game.

The studio Maple Media is nothing like Activision or the old Neversoft, basing its entire production on skateboarding, snowboarding, and drifting games for mobile devices. In fact, Tony Hawk’s Skate Jam is practically a re-skin of the template used in previous games. Now, this wouldn’t be so bad if it weren’t for the fact that the formula doesn’t quite work with touchscreen controls. 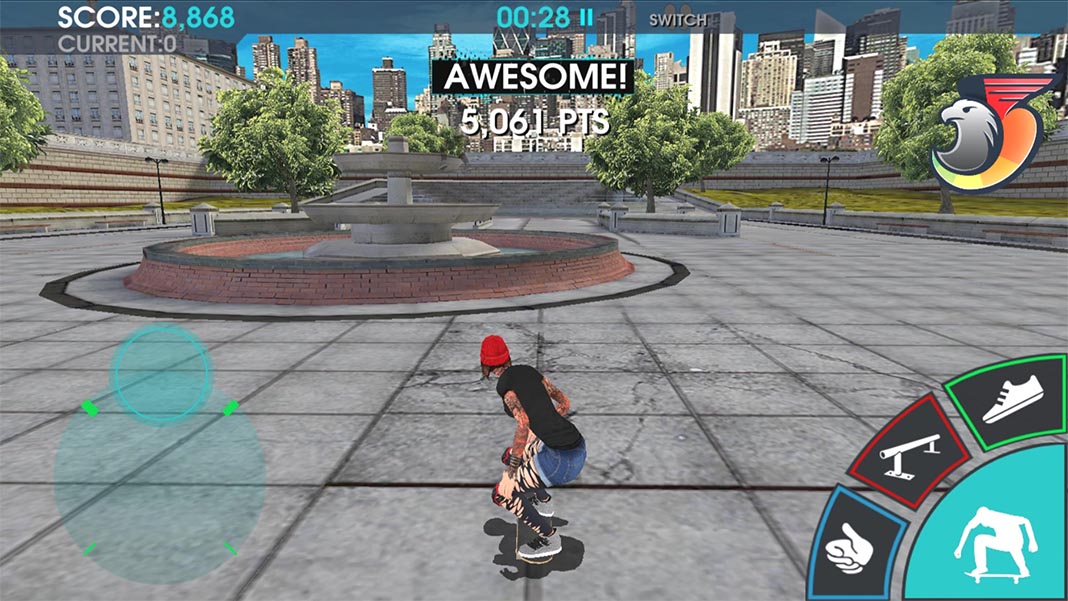 Skate Jam attempts to replicate the formula of the saga that made the skater an international star in terms of completing different objectives in each setting though missions. So you may have to get a minimum score or have to complete 10 backflips without falling on your face in the pipe. You’ll also find online challenges that will reward you if you end up at the top of the scoreboards during the days of the event. With the rewards you earn, you can buy new boards, unlock new challenges, and basically, do everything else you’d expect in a Free-to-Play game.

The problem comes in when you have to complete more complicated tricks. The virtual stick and four action buttons require pinpoint accuracy in order to correctly combine movements. So if you try to pull a 180º while grinding, it’s more than likely that you’ll have a hard time sticking the landing. 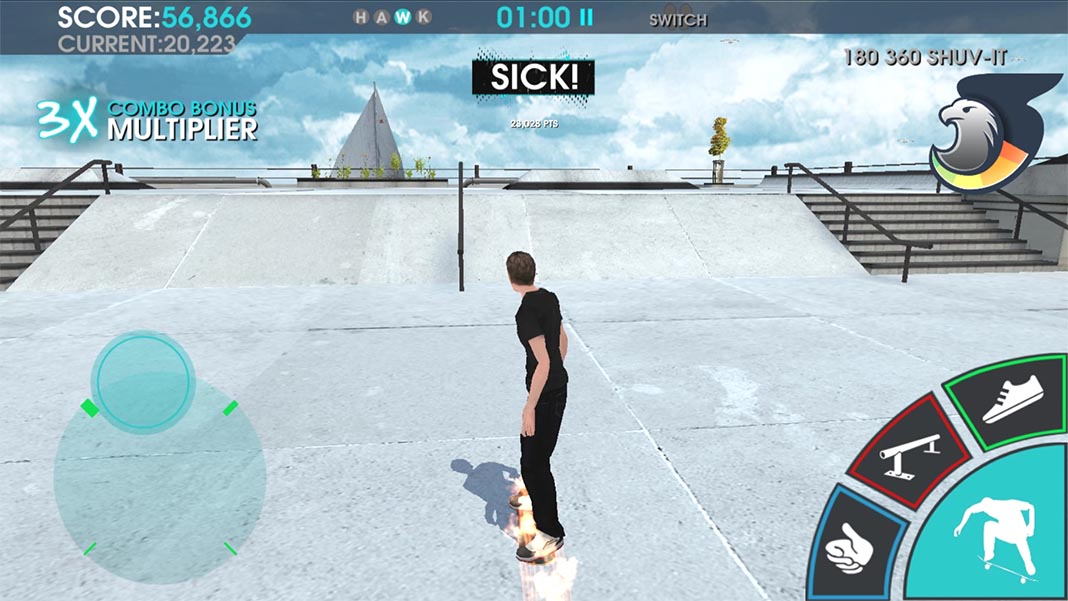 Tony Hawk’s Skate Jam isn’t exactly the grand homecoming of the saga that was ingrained in our memories alongside the first seasons of Jackass and NoFX albums. However, it is a decent game that lets you relive the good old days of more rebellious times.