My Talking Tom brought new life to virtual pets on Android (sorry, Pou!). Such was its success that the Outfit7 studio has put together a whole universe of adventures and characters with the famous cat at the center, to the point that Talking Tom & Friends – as the brand is now called – has more than a dozen games and spinoffs for different themes plus TV shows and animated shorts. With all this behind them, it’s logical that they’d keep cutting cookies from the dough with Talking Tom Camp, a strategy game “inspired” by the superpopular Clash of Clans and starring Tom, Angela, and company. Except here you shoot water pistols. 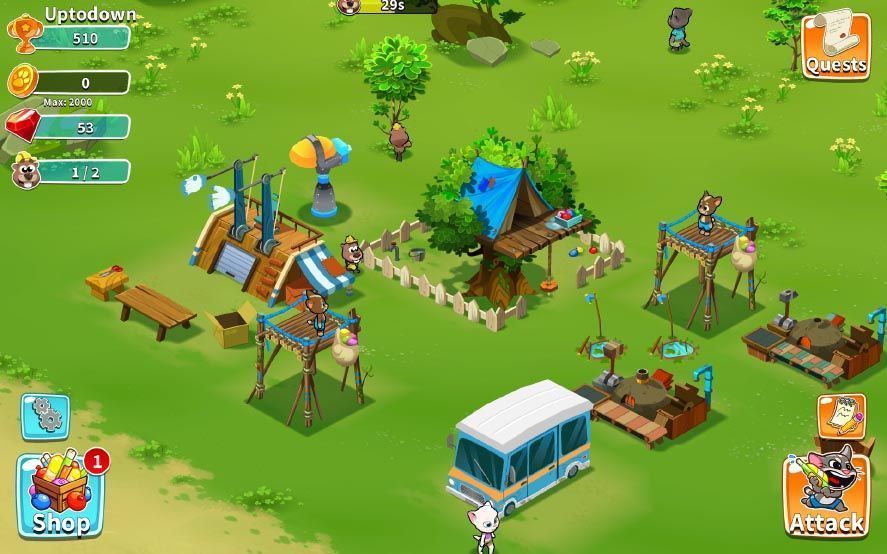 There’s not much to sum up if you already know the gameplay used in the title from Supercell. You have to build edifices that give you both better defenses for your camp and troops to attack your rivals. Both actions are done in real time, and your sole mission is to place your troops at the entry point to the area.

The hook here, just for a change, lies in the need to wait a set amount of time to get each upgrade, though you can cut out the wait by spending the precious gems to complete the action straightaway. Your level of impatience and the option to buy these gems from the ingame store are the key to this business model, not to mention the apparently infinite ascent of your troops’ power and the buildings you’ll find yourself immersed in. 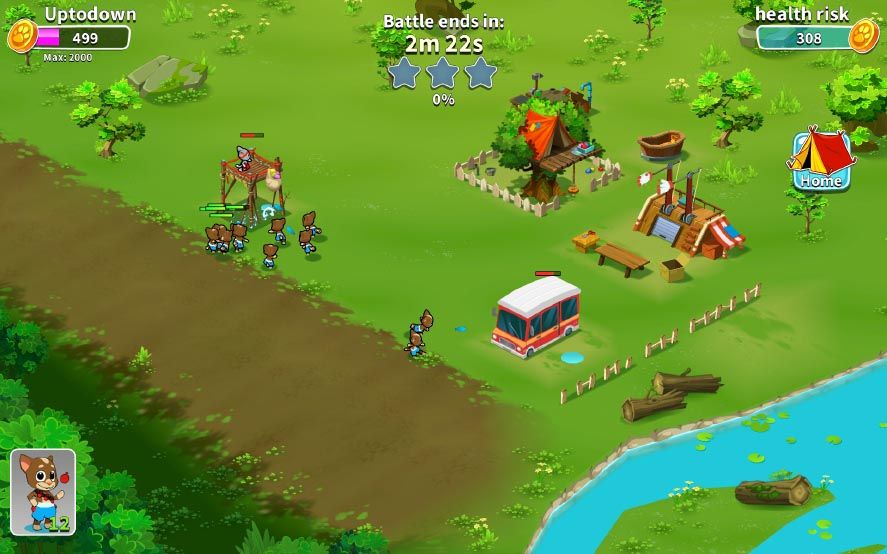 Talking Tom has already been soft-launched in several countries, but its APK can be downloaded and installed from Uptodown with no geographical restrictions.