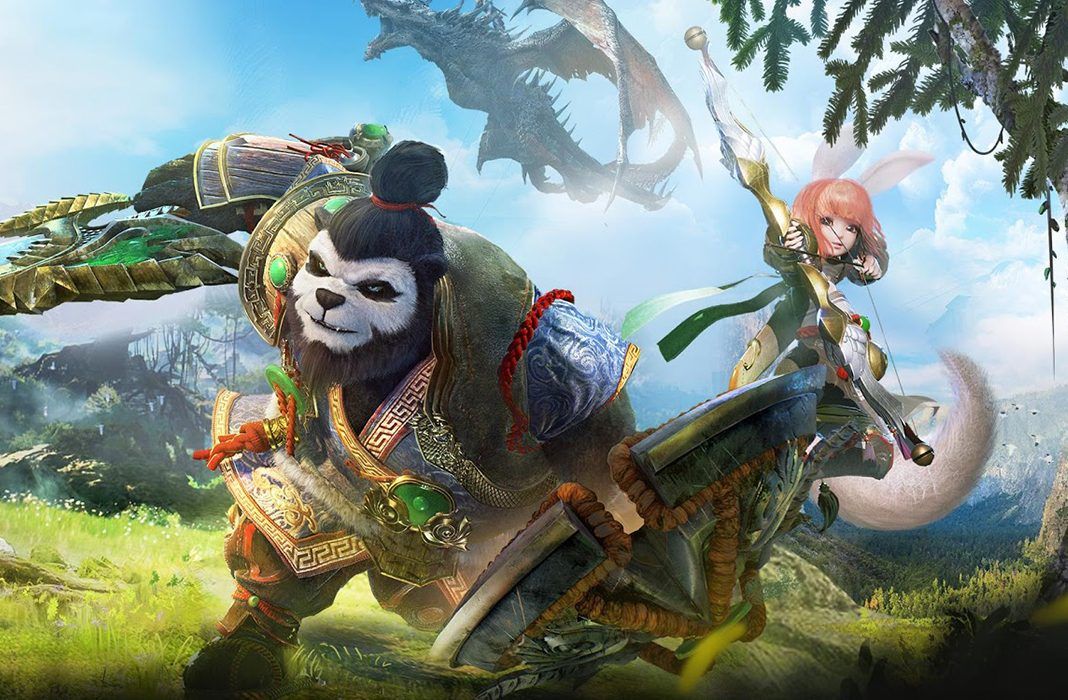 Just two years have passed, but the Taichi Panda games saga keeps evolving and it’s time to talk to you about the third installment: Taichi Panda 3: Dragon Hunter continues to bring you frenetic action in a virtual world where you get together with a bunch of other gamers to hang out in the lush meadows and mountains in the game’s universe. Time to follow the path of taichi. 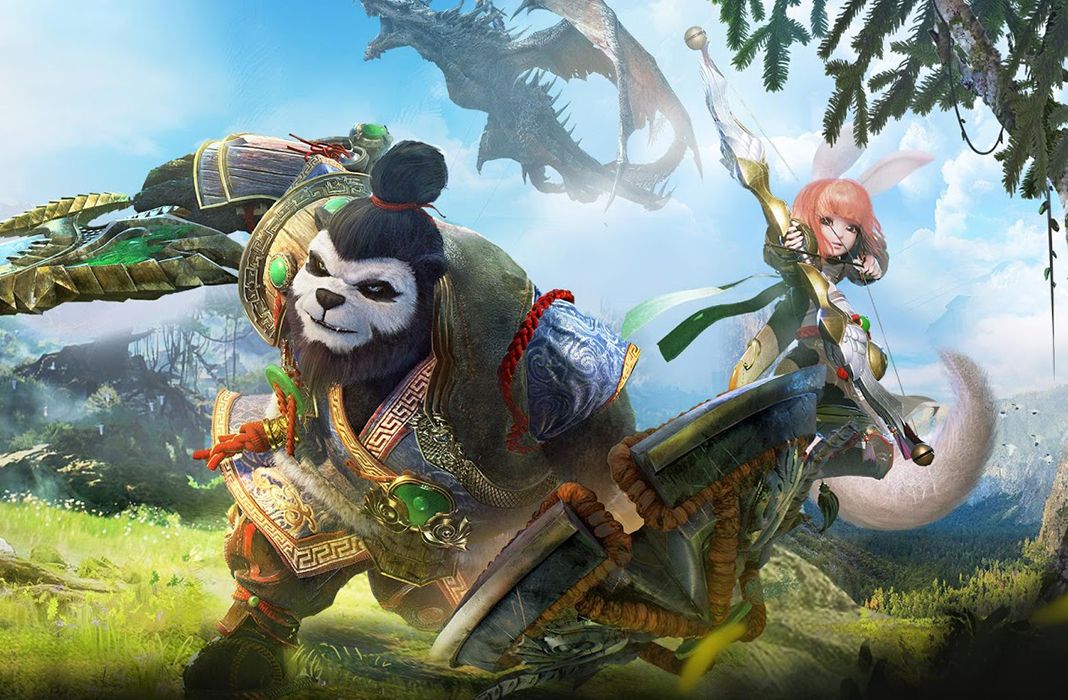 It could be said that Taichi Panda 3: Dragon Hunter is your standard Android MMORPG, with everything that comes along with that: an expansive world to explore, different characters, missions of all kinds, and a battle system based on a main attack as well as several special ones. OK, put like that it might sound like we’re defining the entire genre, not just on Android, but it’s a definition that fits the third Taichi Panda game very well, as despite the fact that it doesn’t innovate in terms of style, it does everything with tenacity and meticulousness. 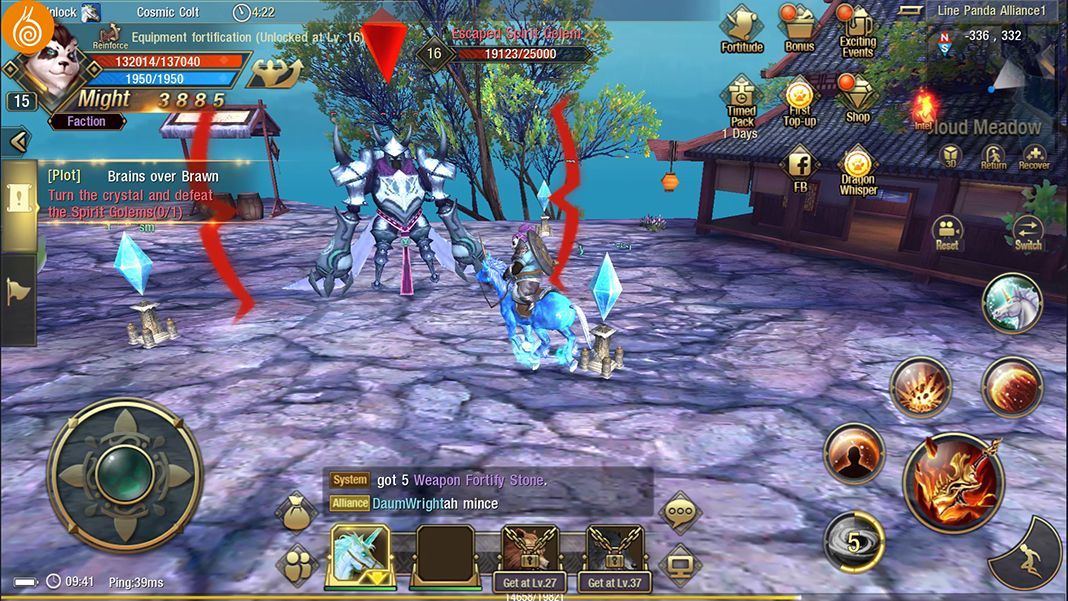 This massive RPG lets you select from 8 different character classes, split into two factions. Although there is indeed one panda among the classes, I think the rest of the options are unneeded. We’re looking at the standard story of good and evil that serves as context for most fantasy productions, though the important thing here is to dole out taichi among monsters of all kinds, as your missions take you to battle ever greater enemies and, most importantly, dragons to hunt. 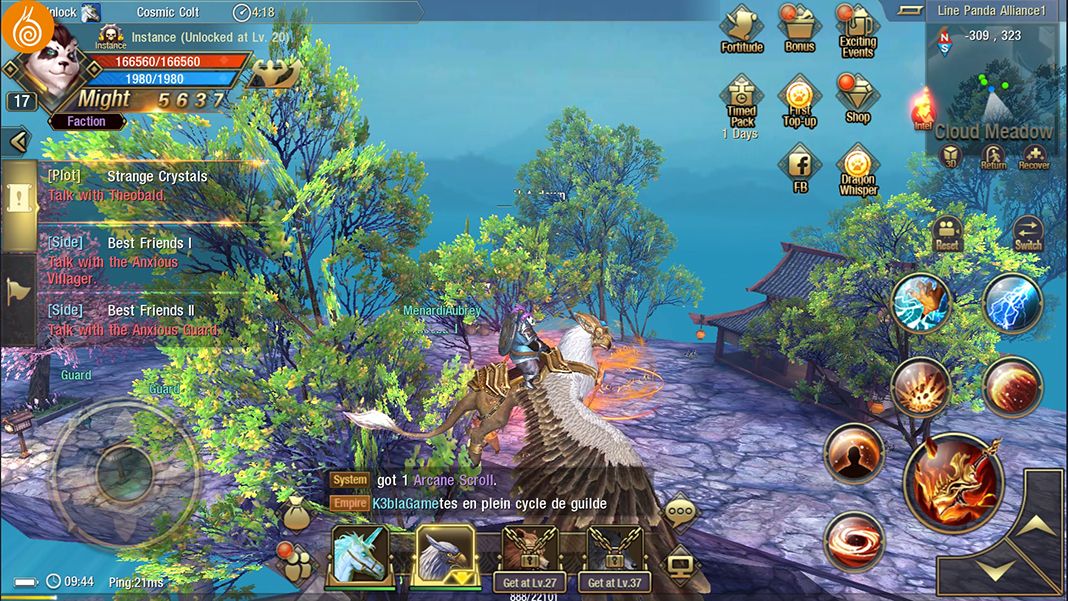 What makes Taichi Panda 3: Dragon Hunter different from the others is the ability to fight by land and by air, thanks to all kinds of mounts that play an important role in how the game plays out. Hunt them by playing a mini game – a welcome bit of variety in a game based mainly on repetitive gameplays. Plus flying over the world in the Snail Game is a delightful experience thanks to the great graphics that fill your Android screen with color. 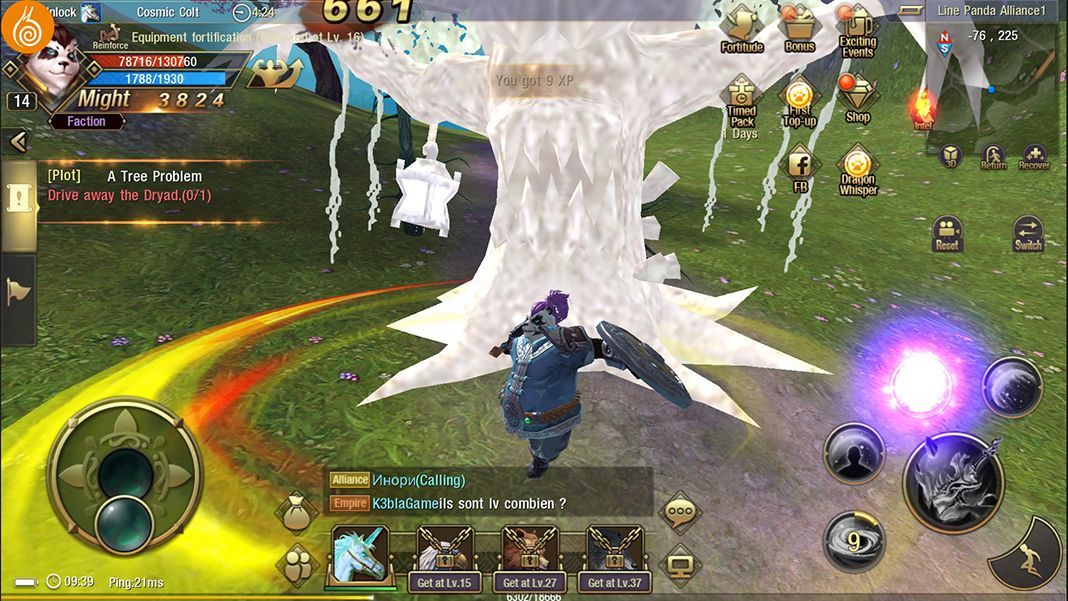 Taichi Panda 3: Dragon Hunter has continued down the MMORPG path it started down in the second game, but still maintains the essence that made the original so outstanding: a dynamic battle system and humorous tone in all the conversations you have with the PNCs. It’s clear that this one is a sort of ripoff of the Kung Fu Panda movie, but nobody can deny the attributes that this entertaining game has.