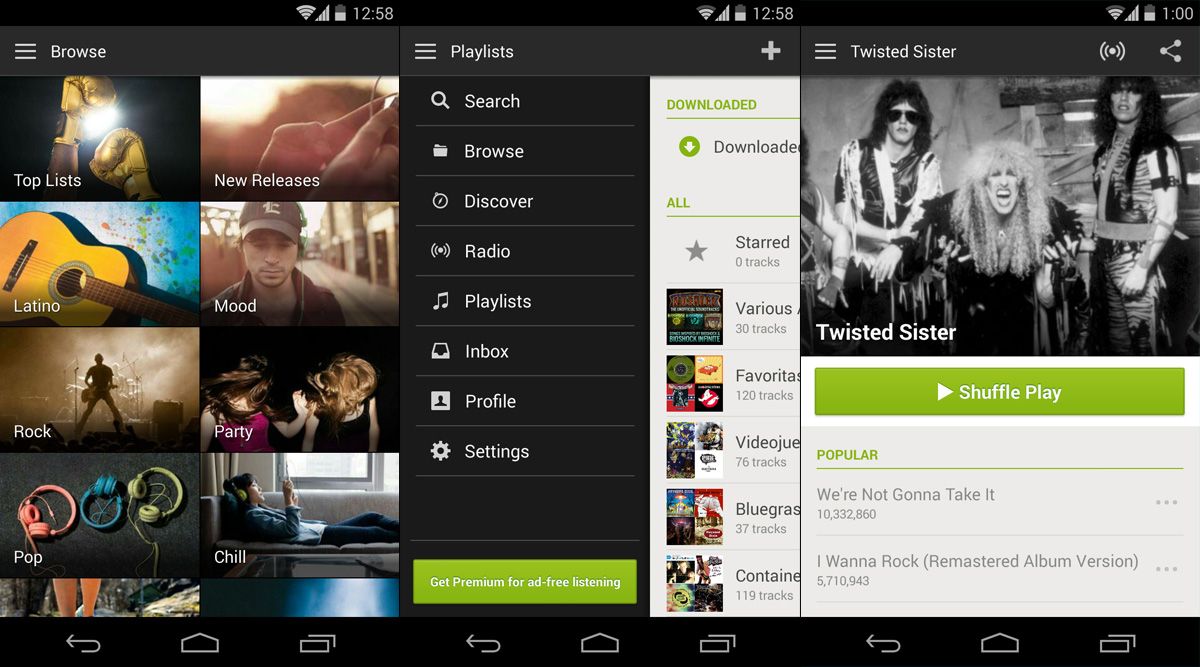 Spotify has just announced that from today a new version of its software is available in which the desktop client, the mobile apps,  and the web version have been completed revamped. In each, besides the change of interface and the improvement in browsing, a new section has been added to store content and improve the search tool.

Although some users have already been able to test the beta of the new version, only now has this update—possibly the most important since the launch of the service—finally arrived to the rest of us. The transition will be gradual, and although the iOS, Android, and web versions already offer it, the desktop client will receive the update over the next two days.

At the visual level, the color of the entire interface has been darkened, and both the iconography and the display of the thumbnails and featured groups and artists have been refined to make the everything much more attractive, with gradients, transitions, and overall a much more “flat design” style.

With regard to its features, the most interesting thing is the arrival of advanced search options, which now, in addition to offering content according to your preferences and saved music, will also take into account the time of day or the location you’re in. Your search results will thus differ on a Monday morning and a Saturday night. It’s to be hoped that this initiative will improve the Spotify recommendations system, since it’s logical that after listening to an anthem from Black Sabbath you’ll receive a recommendation for a disc from Cher which would be fantastic but might not make it into many users’ preferences. The other new feature is the My Music section, a new container in which you can save both individual tracks and complete albums or artists to view a posteriori. No more rubbish playlists to temporarily save songs that interest you while you decide how to organize them in your collection.