Home News and Updates Spotify Free comes to Android and iOS and ditches the 10-hour monthly... 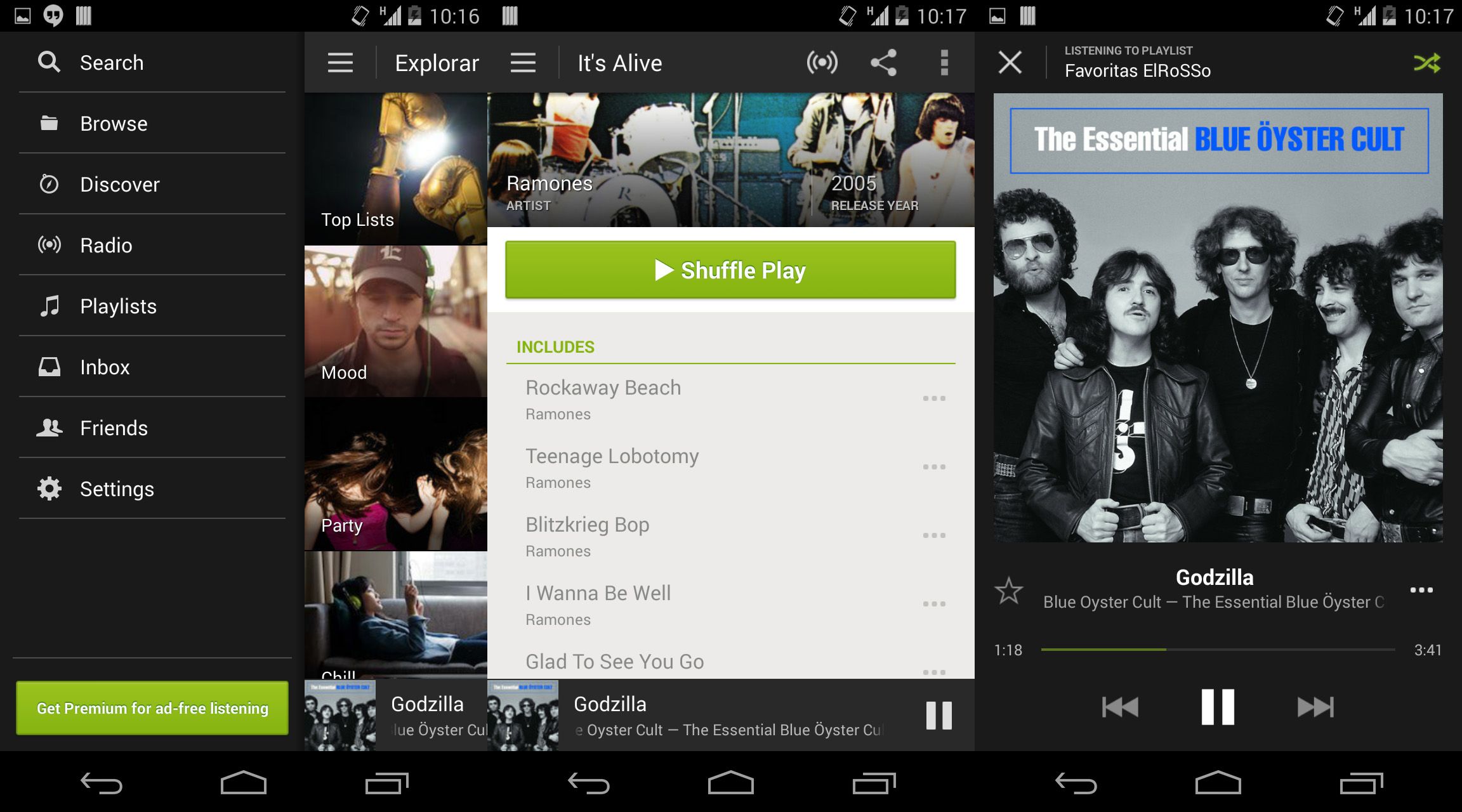 Until now, users with a free Spotify account had to content themselves with only using the service from their desktops, with the option of playing music on Android and iOS limited exclusively to Unlimited and Premium account holders. From today, though, that situation is changing, and now anyone can play music from their smartphone or tablet, even with a Free account.

This change will see new differences introduced between the tablet and smartphone versions. The tablet version will be practically identical to the desktop one in its functionalities, while the mobile phone version will only allow users to play random lists. That is, you can’t choose a particular song, just a random stream, whether it be from an album of your choice or your own personalized playlist. The other limit is that you can only skip six songs on the list per hour. The subscription models have also been changed. Up to this point there were three: Free, Unlimited, and Premium, with both of the latter being paid options. From now on, Unlimited will disappear and only the Premium mode will stick around (at $/€10 per month), which will, among other thing, let you play music with no ads. Unlimited, which cost half as much and did not permit streaming on iOS and Android, has become redundant after the free service has been made available on mobiles, although the subscribers to this package will be able to renew their subscriptions at the original price, at least until advised otherwise.

Another bit of good news also applies to the free version: the 10-hour monthly streaming limit is FINALLY disappearing, as well as the ridiculous limit of only being able to listen to the same song five times each month.

All these changes come alongside an enormous international expansion for the company. During 2013 Spotify was launched in Mexico and Argentina, and over the month of December it will arrive to practically all of the rest of Latin America, as well as many European countries. In total, Spotify will soon be available in 55 countries.

The direction of the company is very clear: the aim is to give greater importance to the mobile market by pushing forward with increasing its market share on practically all tech services. In addition, the removal of free streaming limits aims to prevent users from migrating to other services when they top their 10-hour-per-month allowance, which competitors like Google Play Music or Xbox music have always been happy to capitalize upon. Now more than ever, the competition in the music streaming market is at fever pitch.