Kojima didn’t invent the idea behind stealth games that show you a representation of the area visible to your enemies, but he did lay the foundation for a subgenre that’s now well-established. Sneak Ops takes the purest stealth aspect from the first installments of Metal Gear for MSX and NES and transformes it into a fast-paced experience. In Sneak Ops, you have to try to escape and complete unique and complicated missions which are generated daily. 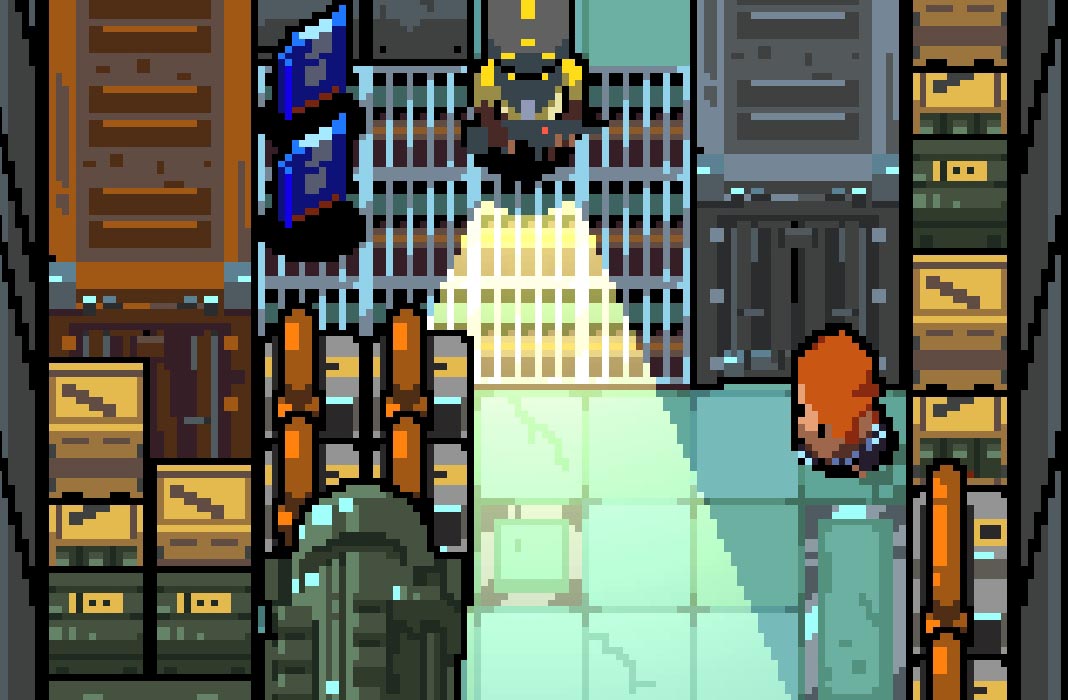 The game, developed by the studio Grit Maniacs and distributed by Noodlecake, has you use on-screen touch gestures to move your character to a specific position. The journey is completed vertically until you reach a helicopter that will take you to freedom. The settings are divided into small continuous sections where you can save your game to continue from there if you’re defeated. And this will happen VERY often. However, these checkpoints have their price, which you can pay for with the diskettes scattered around the settings or by watching an ad.

The formula is very similar to titles like Road Warriors. Every day, you unlock a new setting, where you’ll compete against the rest of the players to get the best score possible. In this case, by collecting all the diskettes, completing the mission in the least amount of time possible, and dying the fewest times. You can also repeat missions from previous days, you know, if you’re a glutton for punishment. If you have a medium skill level, each daily level could easily take you about 20 minutes to complete.

Beyond the motivation to reach the top of the scoreboards, with each level you complete, you’ll unlock an extra character, although this just gives you a different look, no different skills or anything. Even so, Sneak ops is an incredibly fun game that will remind you why you love stealth games. Although it’s currently unreleased with limited spaces available, it can be played without any limitation if you download the APK, available on Uptodown.