Home Software Reviews SlimSocial for Twitter, a client that weighs in at 800Kb 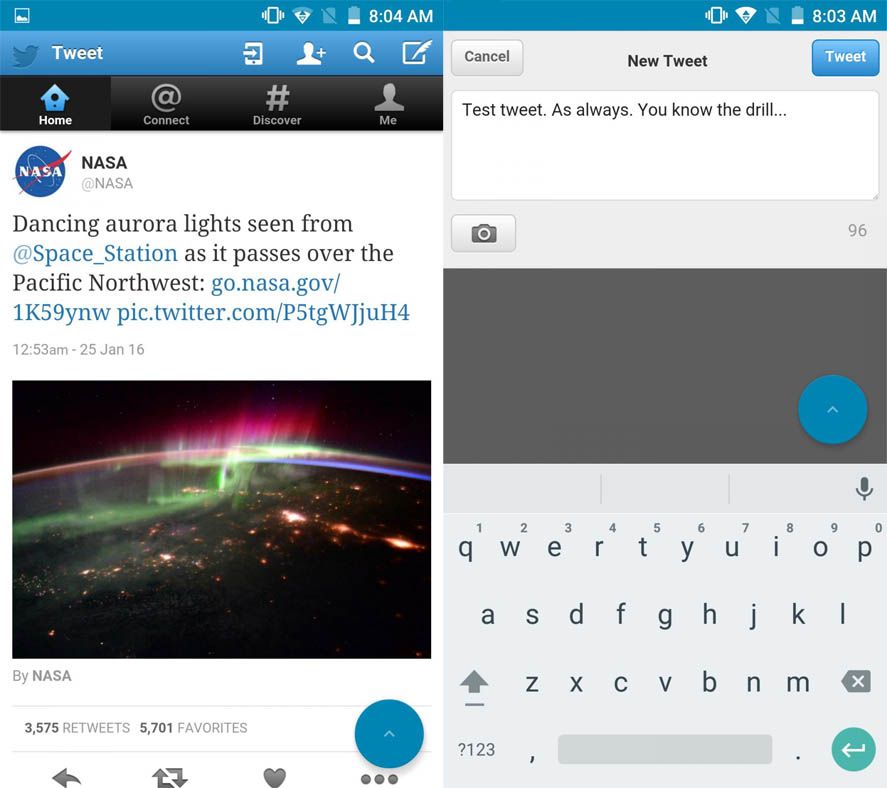 We’re staunch supporters round these parts of SlimFacebook, an unofficial client for Android that adapts the web version of Facebook and, despite not covering all the basic functions, is still way faster and lighter than its official counterpart. And now its developer, Leonardo Rignarese, has decided to do the same thing for Twitter. SlimSocial for Twitter is an app based on the web client that doesn’t ask you for any permissions, takes up very little space, and even offers a few extra features.

At the level of functionality it does exactly the same thing as if you opened Twitter on your browser, that is, practically everything there is to do on that social network. The first thing you’ll see that’s different is a new button superimposed at the bottom right of the screen to jump to the top of your feed, which is quite useful considering that you can still refresh the screen by swiping upwards. Despite being the web version, you can make SlimSocial open external Twitter links. In the other direction, URLs you click inside the client will open in tabs in your default browser.

The official XDA thread elaborates on some features that are still to come, such as the possibility to download images or get notifications, which at the moment doesn’t happen (meaning you have to go into the app to see your mentions and everything else). In any case, this is peanuts considering all the good stuff this app can do on humble devices. The next screenshot comparing the sizes of SlimSocial and the official client and the cache generated by each is as good a reason as any to give it a shot.