As incredible as it sounds, the capacity of Nitrome to launch quality new games seems to have no end. Slime Pizza is the latest to come out, and it distills the company’s usual love for retro games into a delightful package. Your task is to control a space pizza delivery slime that has crashed his ship as he attempts to recollect the scattered slices. As crazy as the premise sounds, the result is spectacular. 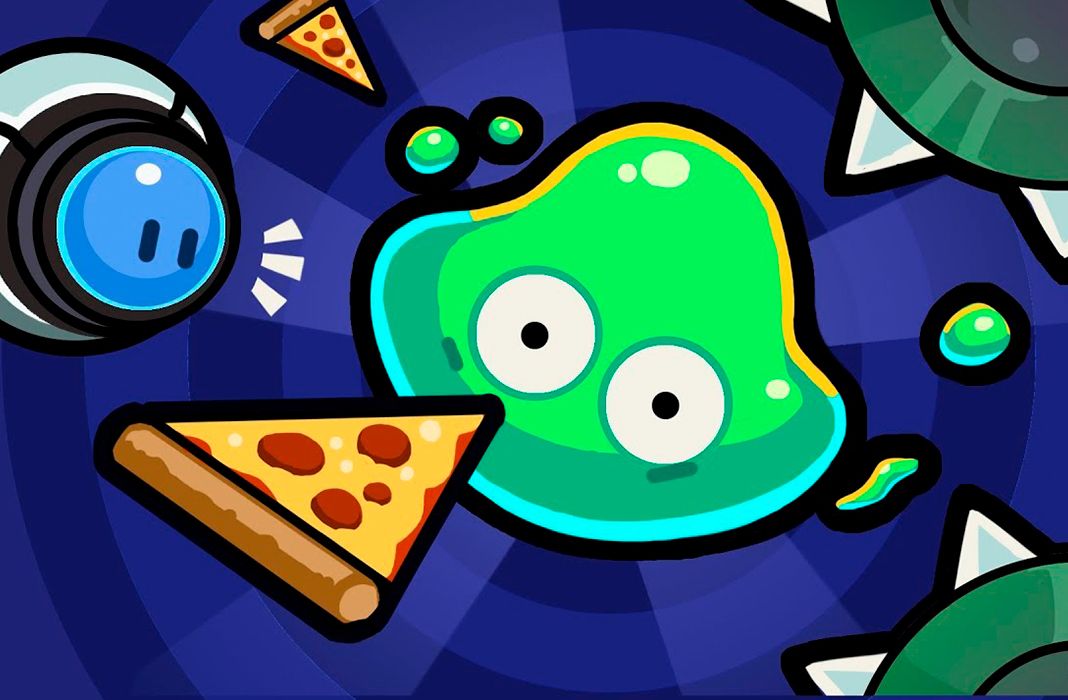 Slime Pizza starts with a surprise that differentiates it from other Nitrome titles: there is a narrative story with dialogue that implies some kind of backstory for the adventure of the slimy protagonist and his robotic companion. The script certainly won’t move you like a film by Wong Kar-wai could, but it’s an interesting change from the complete lack of story in other Nitrome titles like Turn Undead, Stretch Dungeon, or Rust Bucket. It could be because this title was developed by Neutronized, who are better known for their fantastic games Super Cat Bros and Drop Wizard Tower. 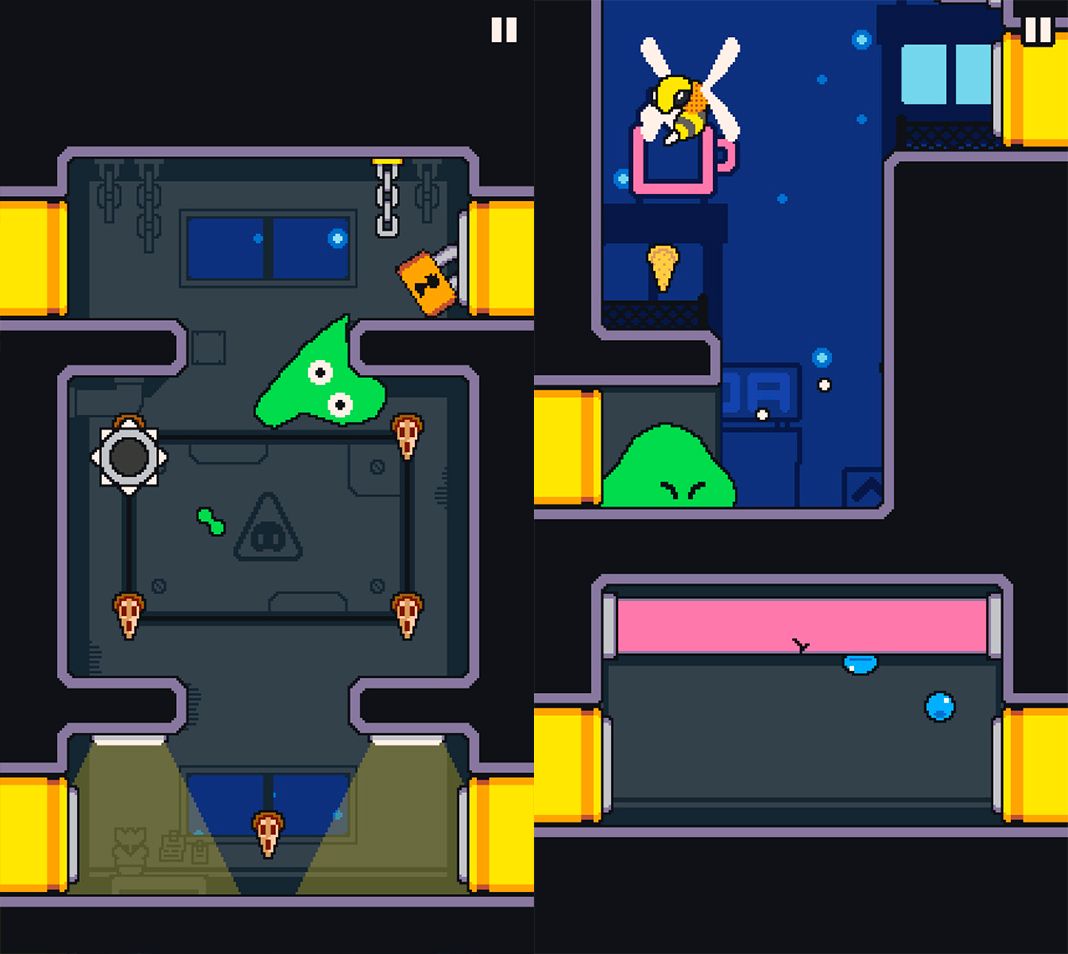 Let’s get straight to the point: Slime Pizza is an absolutely incredible game. The basis for gameplay lies in the fact that your character sticks to just about any surface in the game. To progress through the levels, you have to launch him in a certain direction like you would launch a bird in Angry Birds. The problem is that there are thousands of things that will cut the main character’s life short, and getting past them with his gelatinous body can be challenging. Thankfully, there are checkpoints every few screens to save your progress at the cost of a few slices of pizza. It’s a common feature of Nitrome games, although with a bit of expertise you can get through it with minimal tears and a good amount of pizza slices. 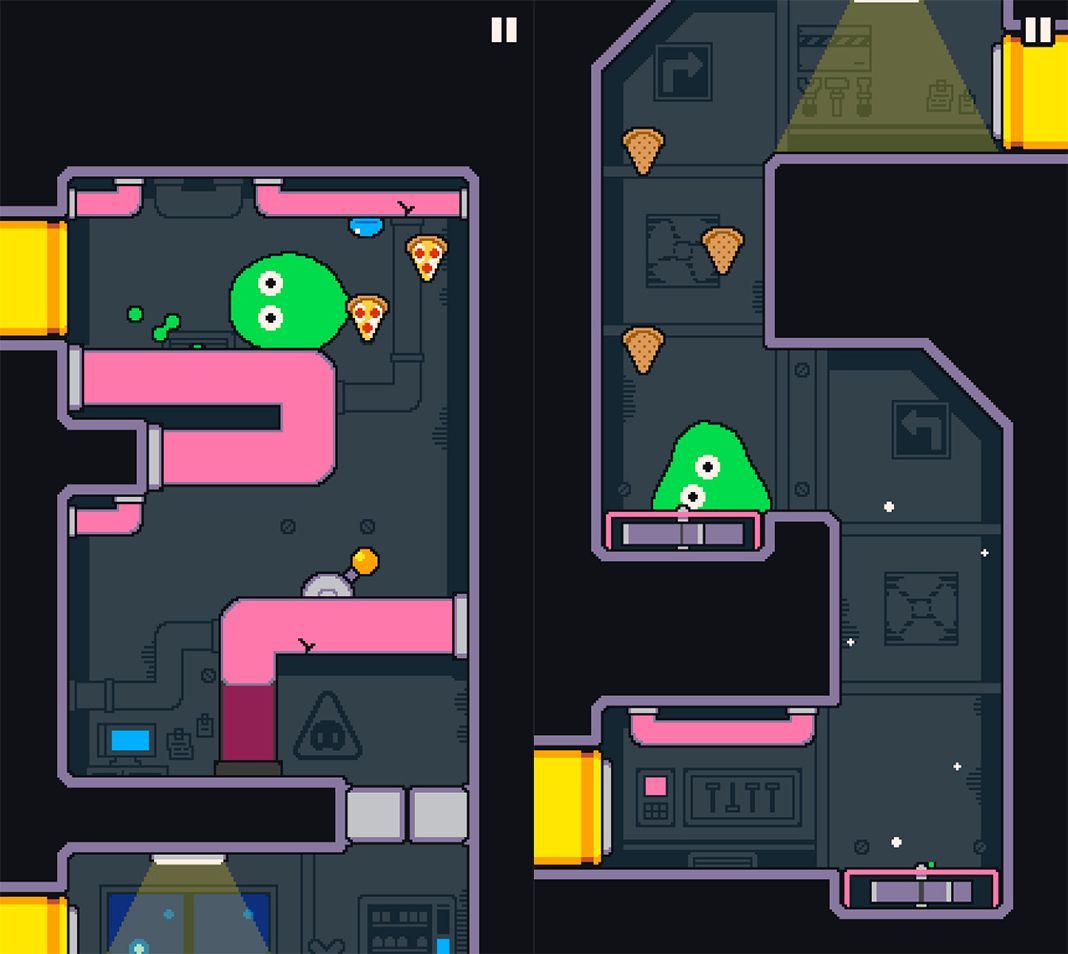 Slime Pizza is an excellent game that plays like a kind of ‘mini-metroidvania’. Many of the screens are interconnected, and sometimes you have to collect certain objects to advance. For example, there are keys that open locked doors and an anchor the lets you sink in water. These elements give the game a depth that is uncommon in other arcade style games, and makes it stand out in the extensive catalog of Android games.

The ten best Android games of the month [February 2018]