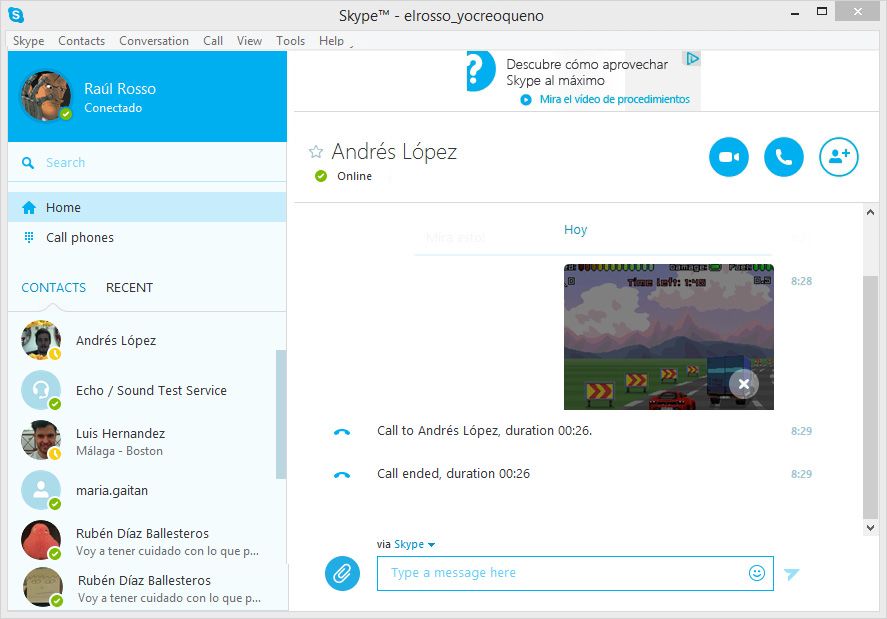 Just a few hours ago Microsoft presented its new edition of the Skype client for desktops, releasing the new version 7.0 for Mac and a Preview of the new Windows version. Both place special emphasis on chat conversations and bring the apps closer to their counterparts for mobile devices.

The new contact viewing system uses bubble-shaped profile pictures, and has considerably tweaked the look of the menu system to bring its appearance closer to IM apps with regard to the distribution and spacing between sections. In fact, the chat is the biggest focus of the changes made, with improvements to, among other things, sending and viewing multiple images, as well as the integration of certain file formats like PDF or Office documents. In addition, chat can now be integrated alongside the call window to make it more accessible than before, meaning you can keep talking with one or more people and easily send files from the same conversation window where you are having a video and voice call. It’s also worth mentioning that you can keep making free group videocalls as introduced in April.