Home News and Updates Opera Max is back: the data saving app is now Samsung Max 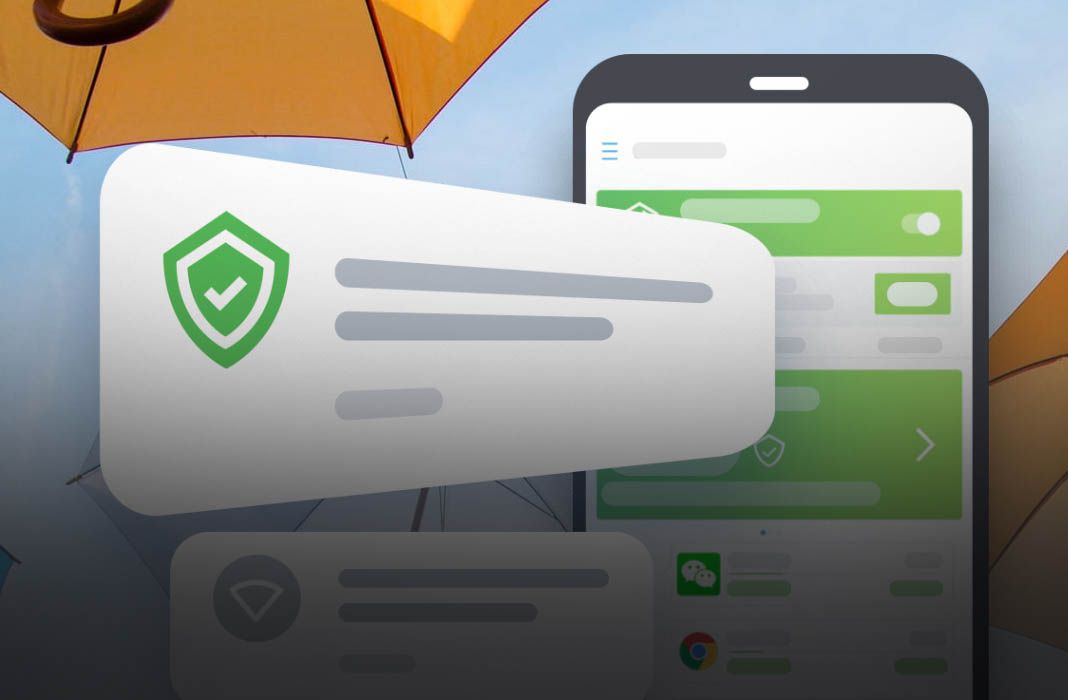 Opera Max is an old friend in the world of Android. An app developed by the creators of the Opera browser, Opera Max allowed us to considerably reduce the our data usage through an “in-flight” compression service. In August 2017, they decided to discontinue the service. However, Samsung has now brought the app back to life by integrating it in their services. In other words, Samsung Max has just been (re)born and can now be downloaded for Android. 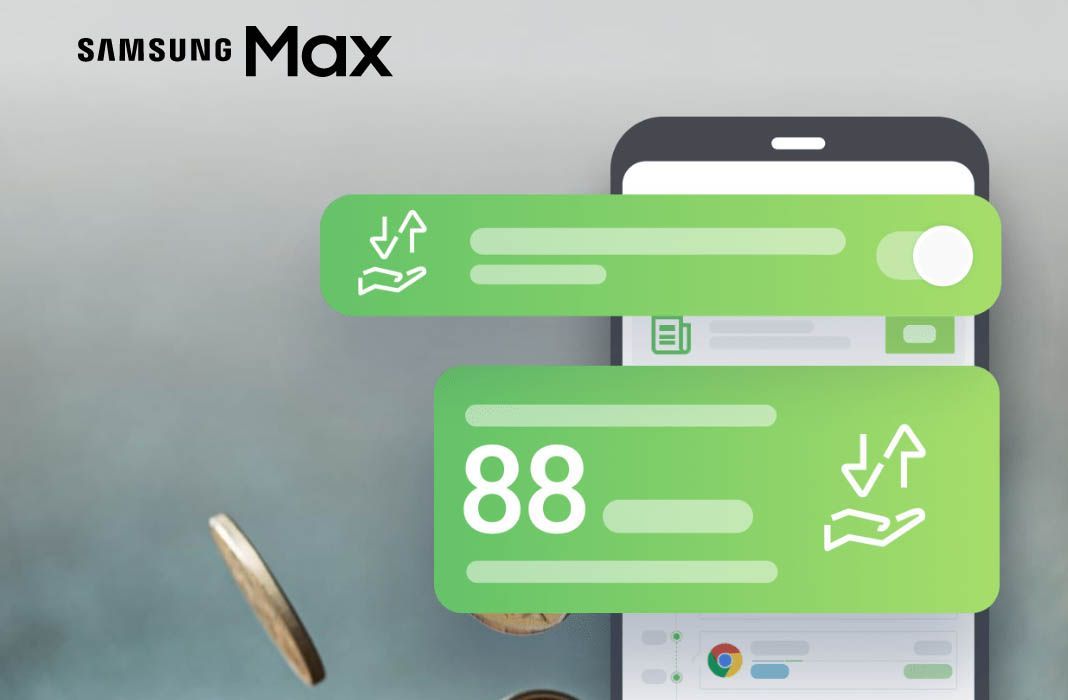 For all intents and purposes, the app is practically the same as it was before leaving us months ago. It’s simply undergone a slight makeover to make sure it’s coherently branded, while also giving the interface a bit of a face lift as well. In terms of functionality, it’s still a data saving and protection service that works via VPN, so that the information received by apps passes through a private network that analyzes and compresses the data when possible. This results in a data savings of up to 50% in many cases, especially if you use it consistently with video, audio, or image transfer apps. So basically, every app! 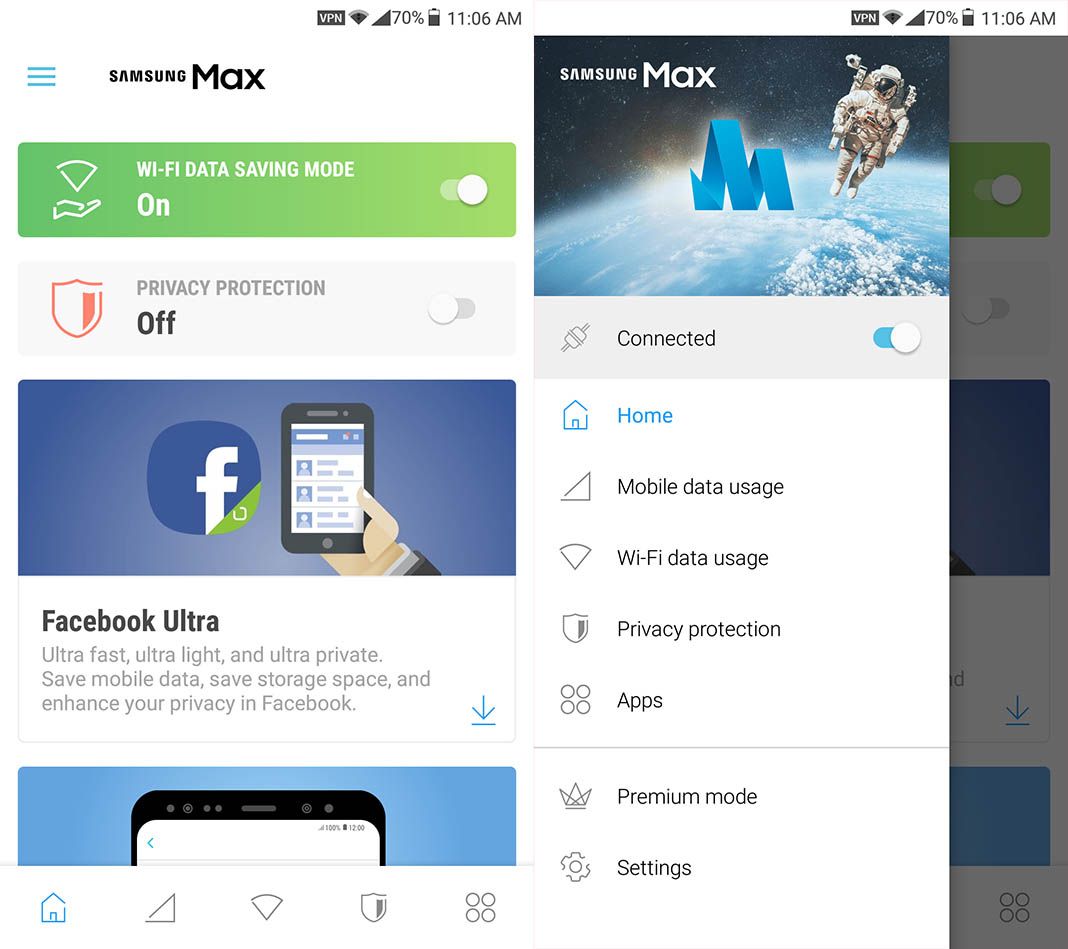 In addition to being able to configure the data economizer for whatever apps you want, you can also keep track of your daily usage and privacy protection. This feature is capable of encrypting and masking your traffic through alternative DNS addresses. 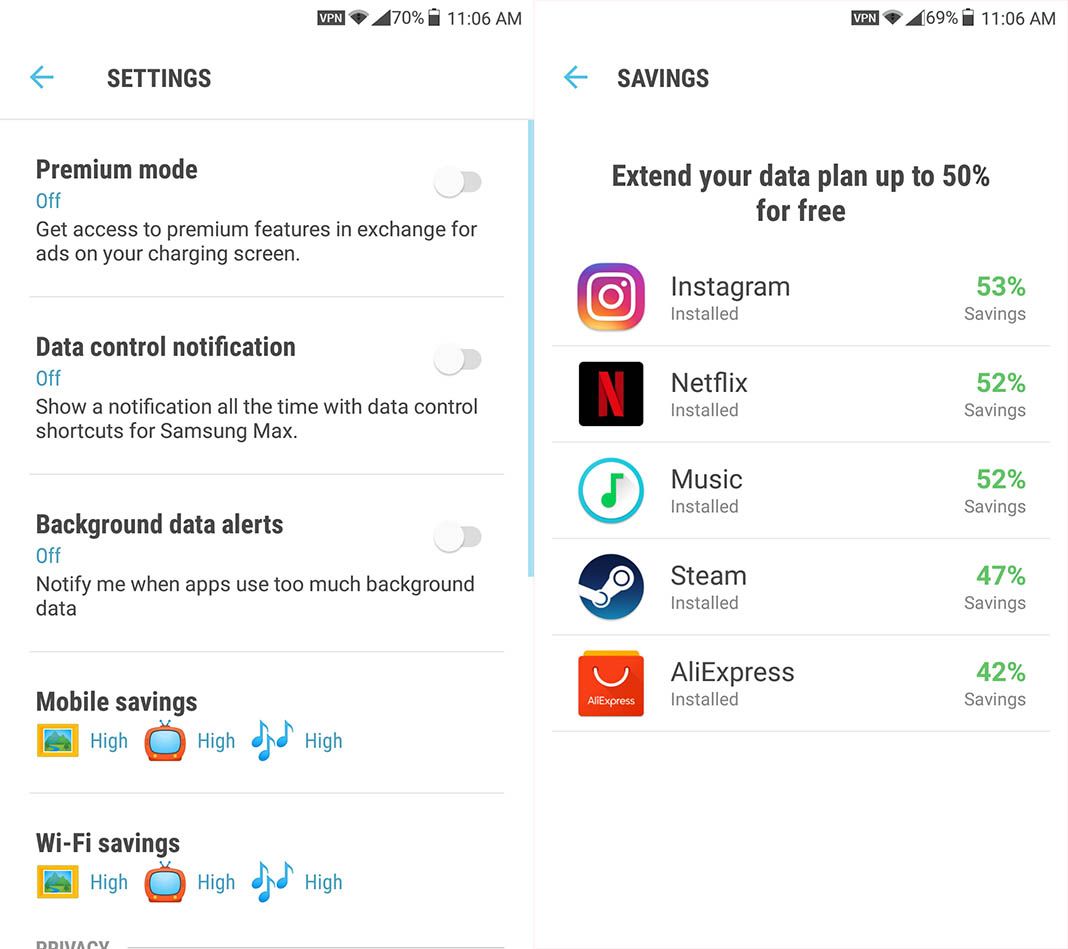 Although the app can only be installed in Samsung devices through Google Play (in addition to coming pre-installed on their devices bought in developing markets), it actually works without any limits on any Android smartphone if you install the APK, available on Uptodown.

The app is completely free to use, although it does show ads when it detects that the device is being charged.