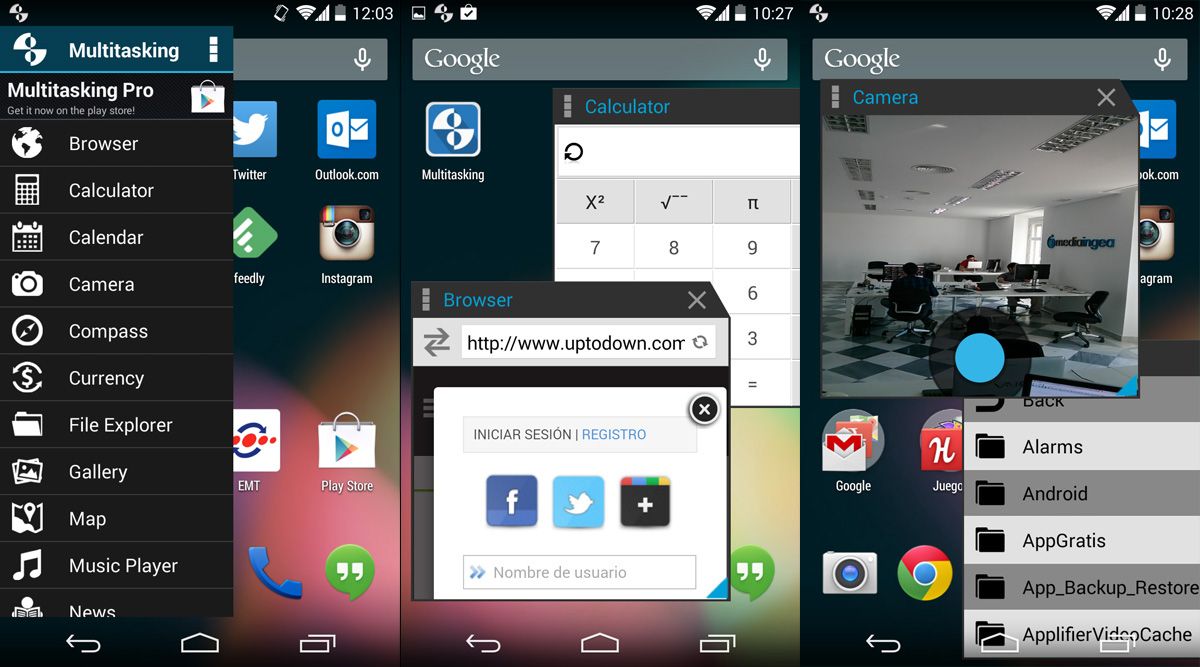 A while ago we compiled a series of programs to turn your Android device into a desktop computer, but we left you hanging when it comes to one the main features of operating systems like Windows: the multitasking ability to run several programs at the same time using a desktop window system. While Android doesn’t include this option by default, apps like Multitasking can give you this feature.

The tool lets you run and simultaneously view apps through a system of windows whose size you can manipulate as desired; you can also put them in full-screen mode and even modify their transparency. All of them can be launched from a pull-out menu at the side of the desktop. Just to make clear up-front: Multitasking does not deeply modify either the launcher or the Android system, that is, the apps that you can run in windows are the ones included in the app itself by default, and you can’t add others. Nevertheless, the number of included programs is big enough that you won’t miss out on much:

The display options are completely customizable, as is the appearance of the pull-out menu. You can also set the application to launch when you switch on the device. The basic version of the app is completely free, with the only inconvenience being that every once in a while a pop-up ad will appear that you’ll have to close to keep browsing, although that in no way detracts from the user experience. The Pro version removes the banners for $1.99.