The term “Roguelike” is a word that tends to evoke a certain amount of fear in the average videogame lover. This RPG subgenre typically means graphics from another era, randomly-generated maps, a high level of difficulty, and constant defeat, with permanent death being one of these games’  trademarks. However, the concept behind this legendary genre has evolved with time and there are now plenty of games that are considered roguelikes even though they don’t necessarily have all the typical elements. Many purists would beg to differ, but this evolution has brought with it more different and original options. With this idea in mind, we’ve selected the 10 best roguelikes on Android that have appeared in 2017. 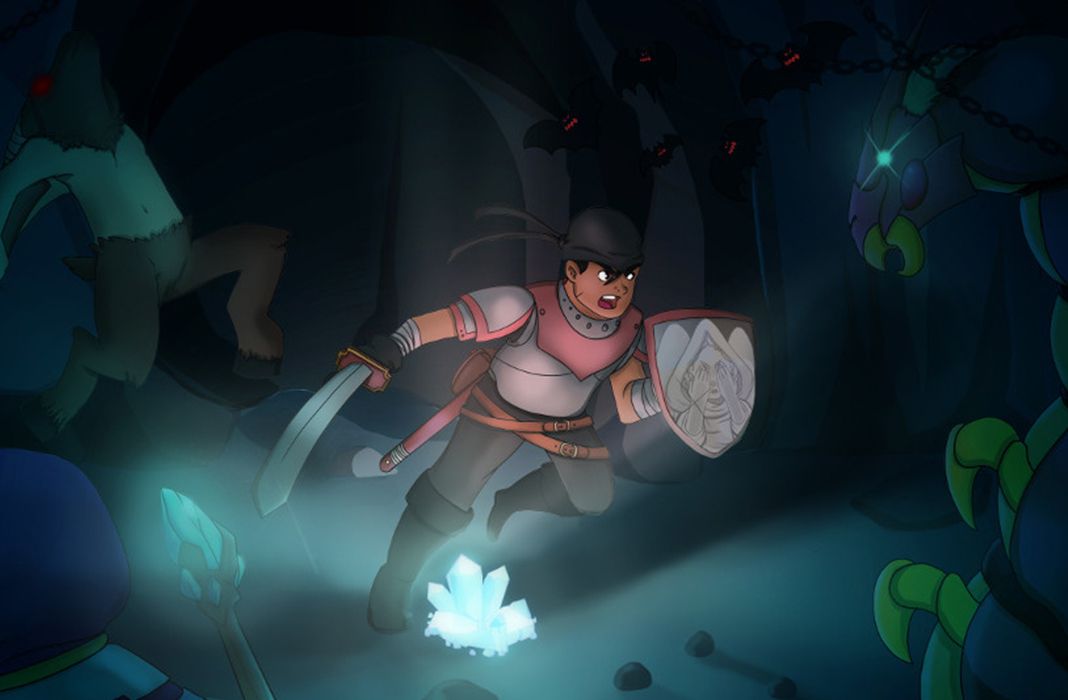 Death tends to be part of the learning process in every self-respecting roguelike, but in Pocket Rogues it also serves to improve your character and the different classes you have access to. It offers the ever-interesting bird-eye view, which lets you scan the map and die over and over as you defeat rats, slime, and other evil beings that inhabit the different levels of the dungeons. Forget your fear of death and collect all the gold you can to continue improving your possibilities of staying alive … next time, of course. [Download] 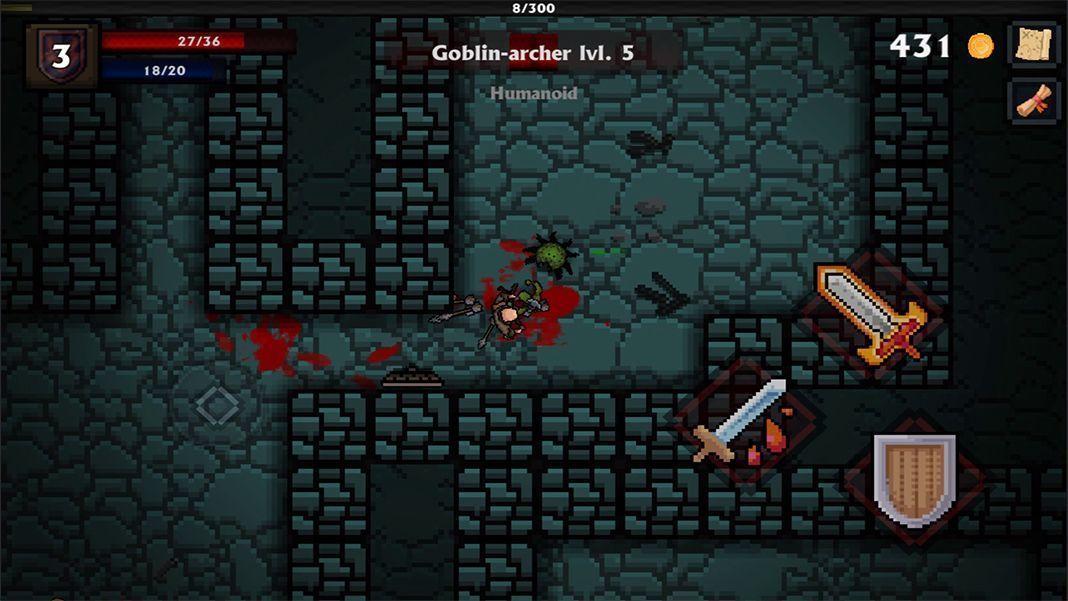 Dungeons are the location of choice when it comes to 90% of roguelikes that exist in the world of videogames. Thus, the key to standing out from the rest is in the type of experience the game offers. Darkness Survival opts for horror in a dreary world where the game unfolds by turns while you explore grids full of danger. Nonetheless, the difficulty is well-adjusted, it has a good amount of depth, and you can survive for a good while as long as you don’t go all kamikaze with your heroine. [Download] 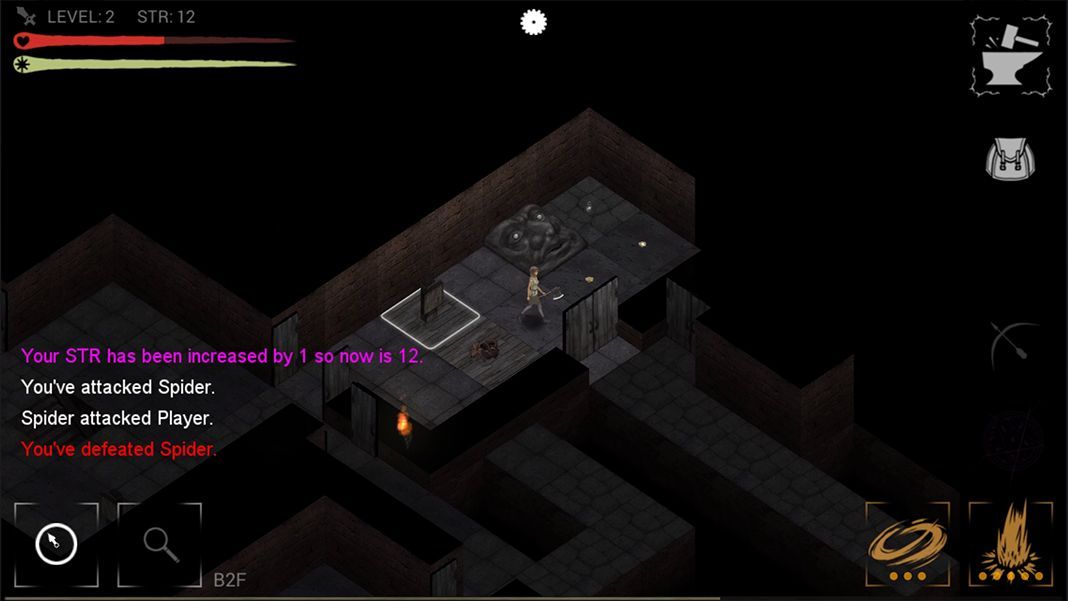 Pixel Dungeon is a total classic in the world of roguelikes and it’s famous for being open sources and adapted to touchscreen devices. Of all the Android versions of the game, this “Shattered” version has us hooked thanks to its easy controls that gets rid of the hassle of the virtual keyboard on the screen. Beyond that, it’s a genuine roguelike: endless possibilities, objects galore, and constant death. And to top it all off, retro graphics that are always hard to resist. [Download] 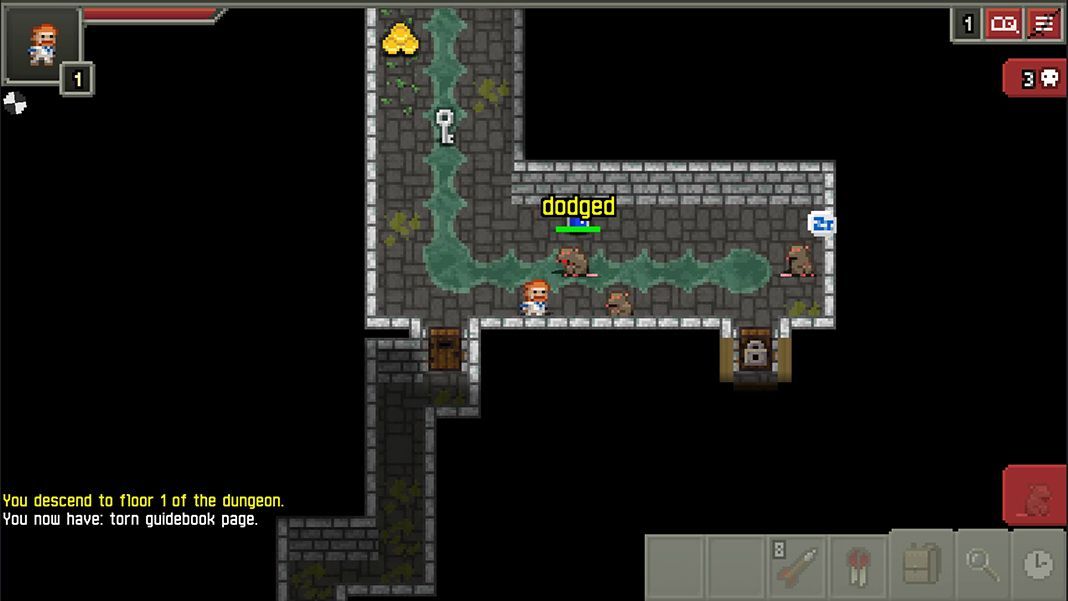 We’re going to climb out of the dungeons for a minute and take a step into the gladiator arena. This game turns you into the champion of the Colosseum — not an easy feat, especially considering the number of combats you’re going to face. The game develops in one-on-one turn-based combats and you need to use your head because it’s not all about randomly attacking here. Choosing your equipment and skills wisely is key to continue rising in this world of swords and blood. And don’t forget to read the comments from the audience during the combats, because they tend to be pretty amusing. [Download] 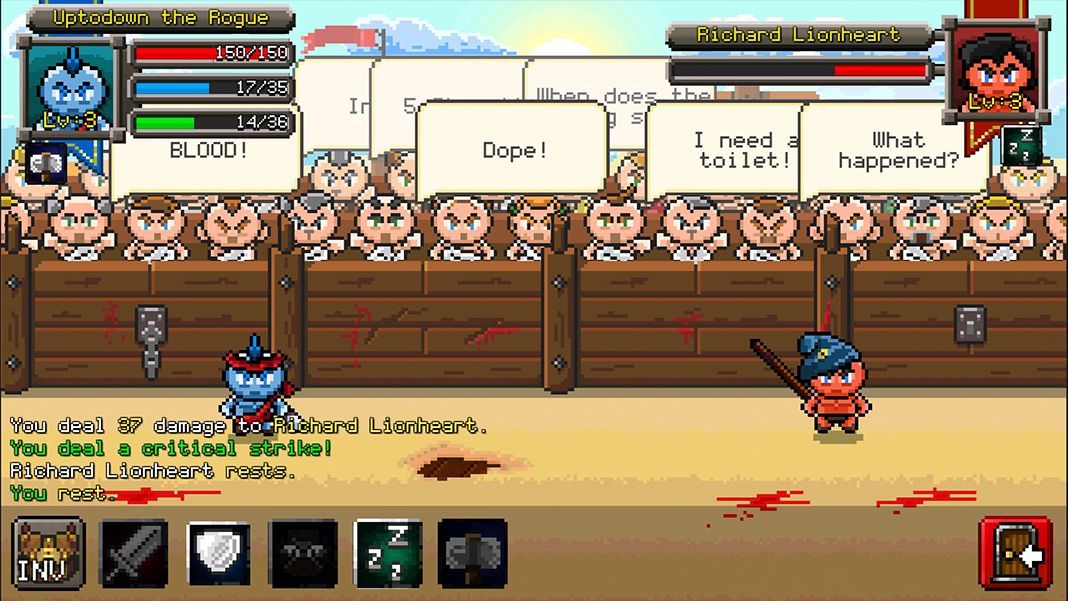 Although it first appeared in 2015, we’ve only recently had the opportunity to enjoy this game on Android. We’re talking about the most famous Dungelot-wannabe of them all, turning the dungeons into a sort of game board similar to minesweeper, where you have to find the key in each room in order to continue investigating the dungeons. You’ve probably figured out by now that this isn’t going to be easy: with traps all over the place and enemies eager to attack hidden around the board. Watch out, this one is addicting! [Download] 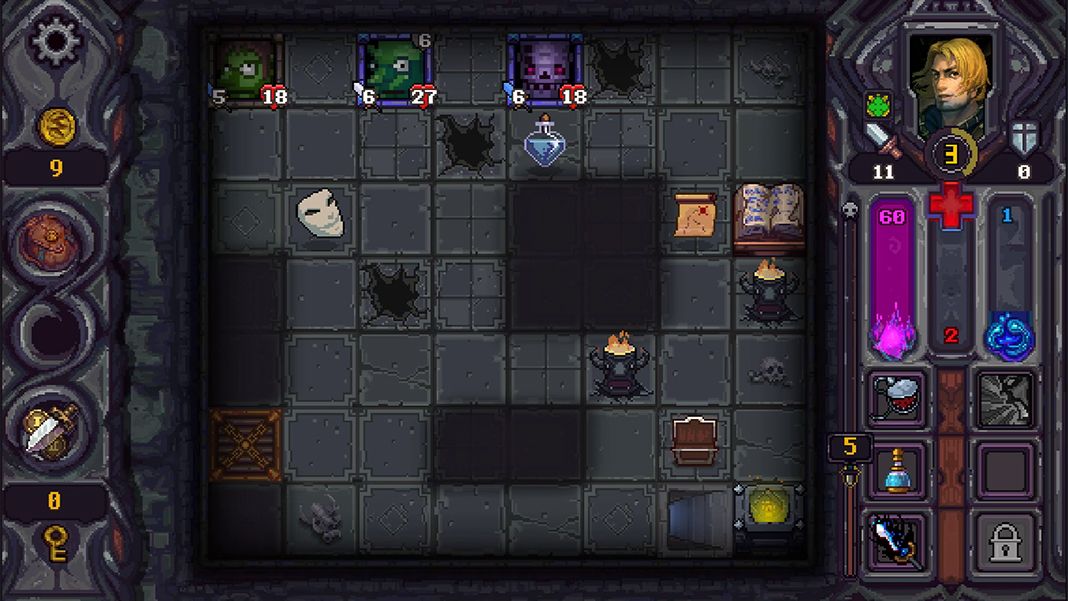 We’re used to being the heroes in the world of videogames, but this is a different story. Here, you face a hostile world full of monsters where your ultimate mission is to see how long you can last. It’s a relentless game that offers an original gameplay and an interesting character dynamic. And the icing on the cake: not only do you have to fight off all sorts of monsters — your characters can actually die of hunger if you fail to find food. [Download] 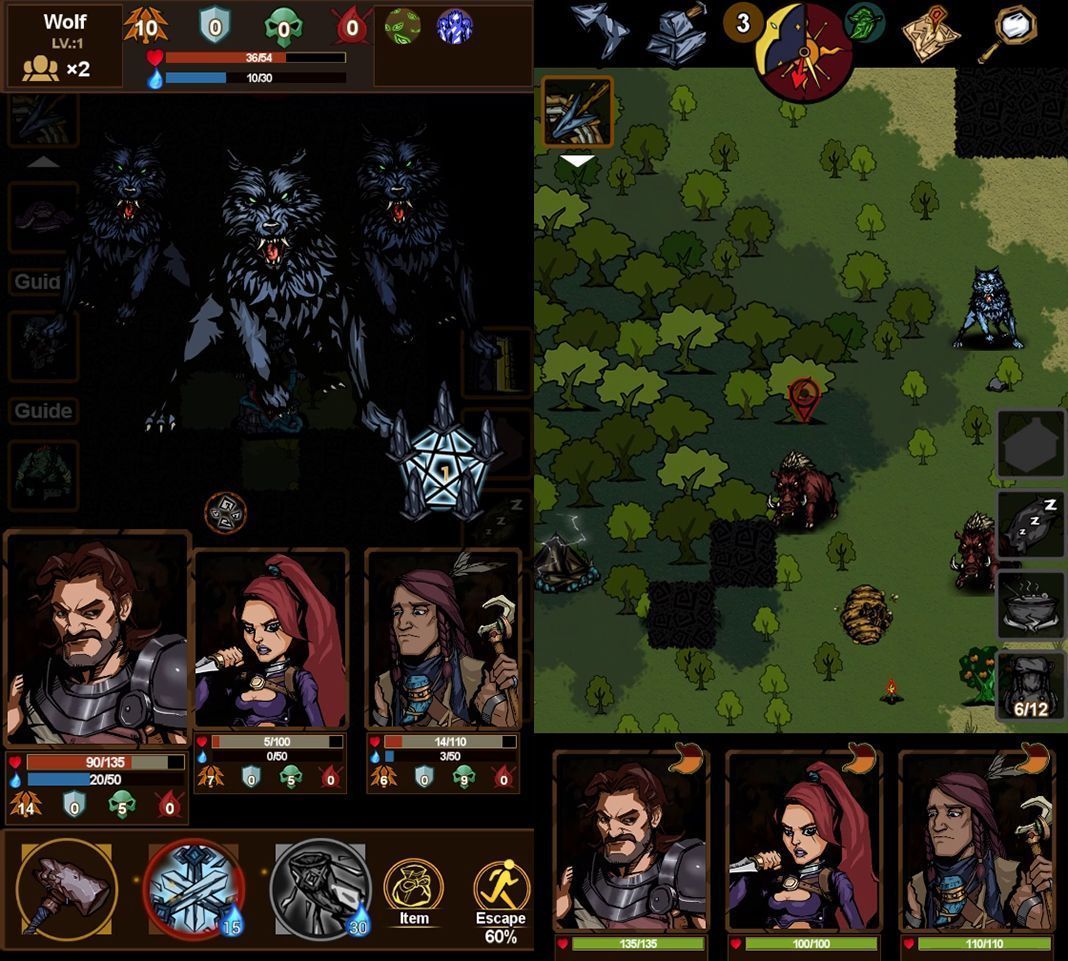 Back in 2012, an indie videogame appeared that helped to raise the bar for roguelikes: FTL (Faster Than Light). It quickly become an instant classic thanks to the fact that it brought the world of roguelikes into outer space, both carefully and successfully. Unfortunately, Android users are left out of the loop, but Star Jumper is a decent alternative. Here, you get to explore randomly generated galaxies while all sorts of events and enemies put you to the test. It may not be FTL, but at least it gives you a similar experience. [Download] 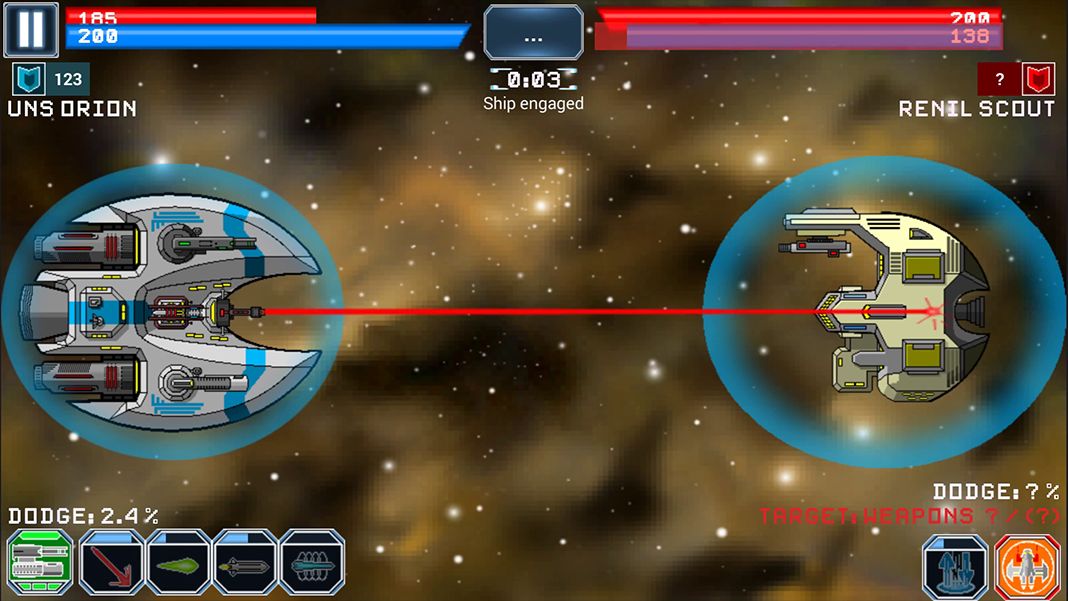 We’ve always thought of roguelikes sort of like the game of chess on steroids and Tasiaker just backs up our theory. Each move you make in the setting has to be perfectly planned. One false move and boom — game over. You need to think long and hard about how to destroy your enemies, which abilities to level up when the time comes, and how to not lose your patience along the way. [Download] 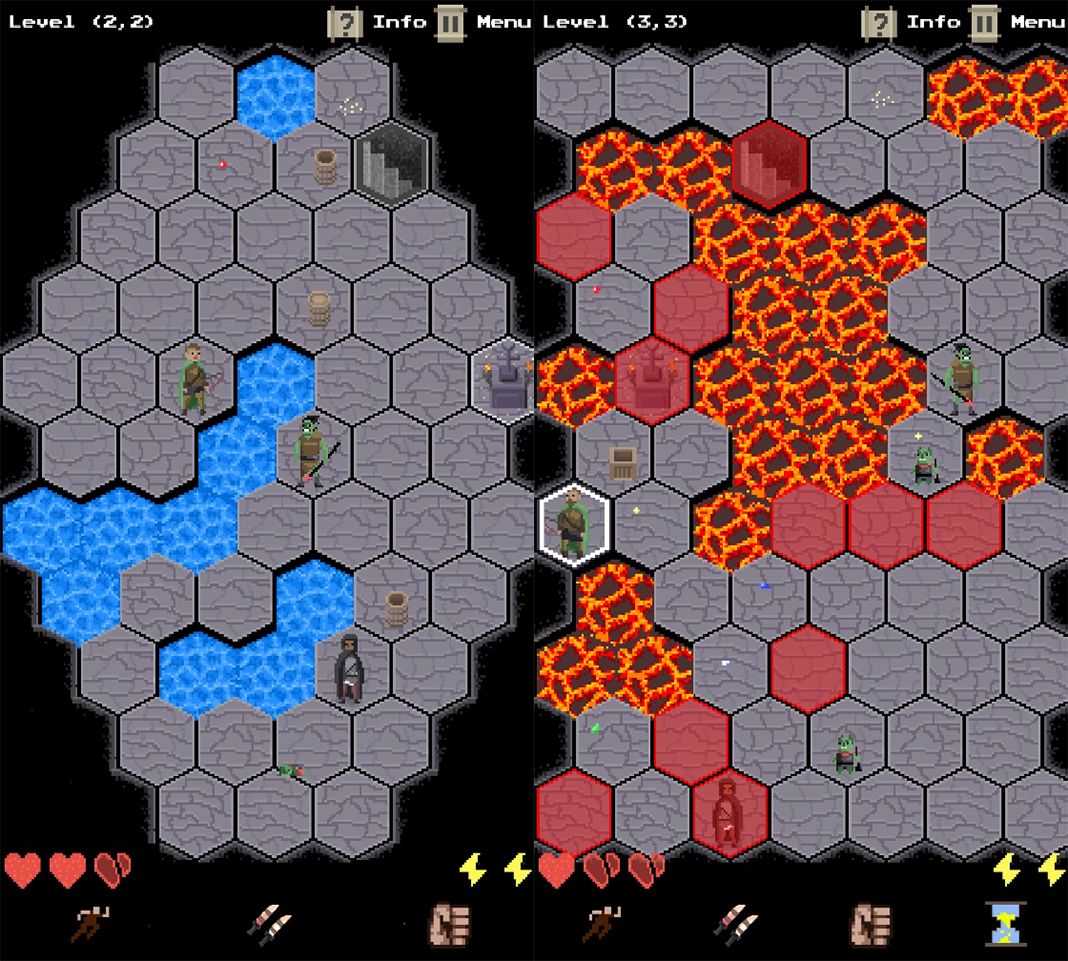 Another title that borrows from the Dungelot mechanics, but has a few tricks up its sleep to give an interesting twist to the subgenre: a crafting system necessary to survive and the need to use light sources so that your character doesn’t get scared to death. Yes, here you can die not only from enemy attacks, but also from your character’s fear of the dark. You know, in case you thought there weren’t any original ways left to die. [Download] 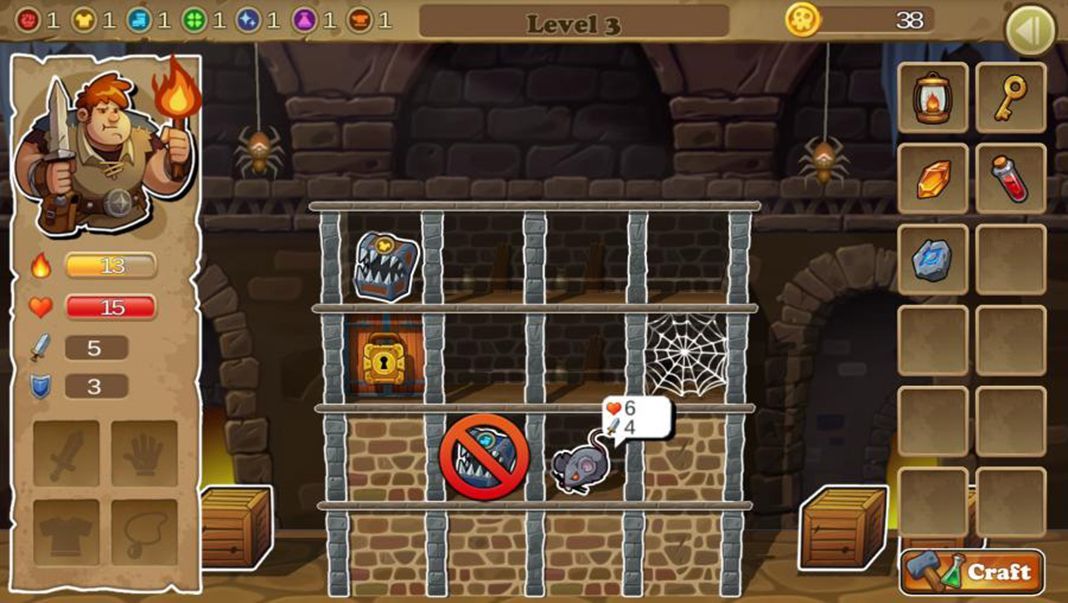 This may be one of the “simplest” games on our list but that doesn’t mean playing is a walk in the park. The game has a vintage feel to it, but offers a wide range of possibilities that change drastically with each character class. The dungeons feel alive thanks to the different interactions with enemies, who you’ll see fleeing in fear if you leave within inches of their lives. Plus, you can have a trusty pet to accompany you through the evil dungeons. It doesn’t get much better than that. [Download] 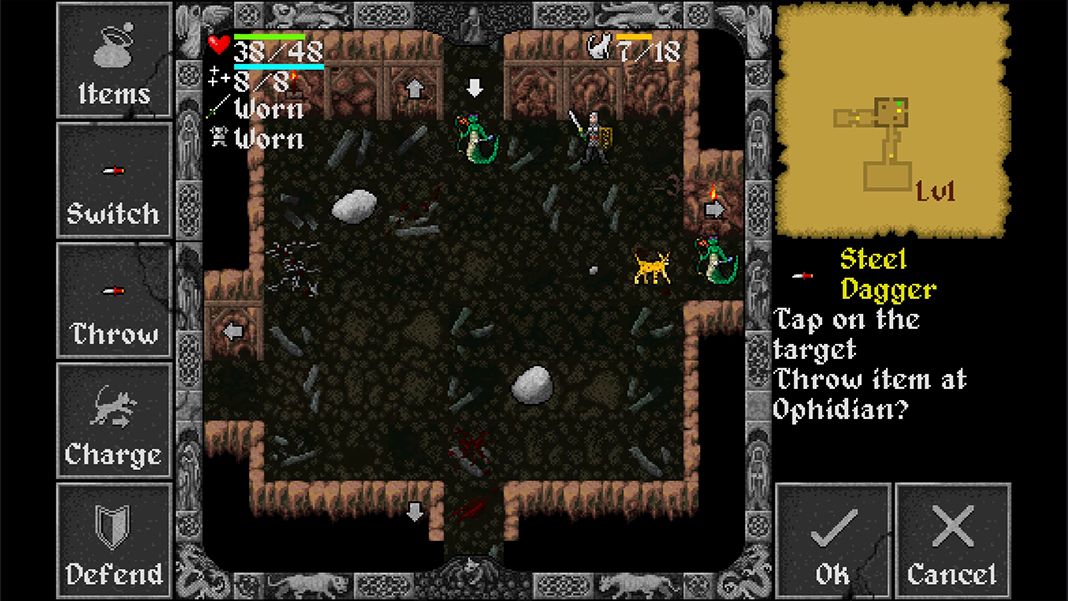