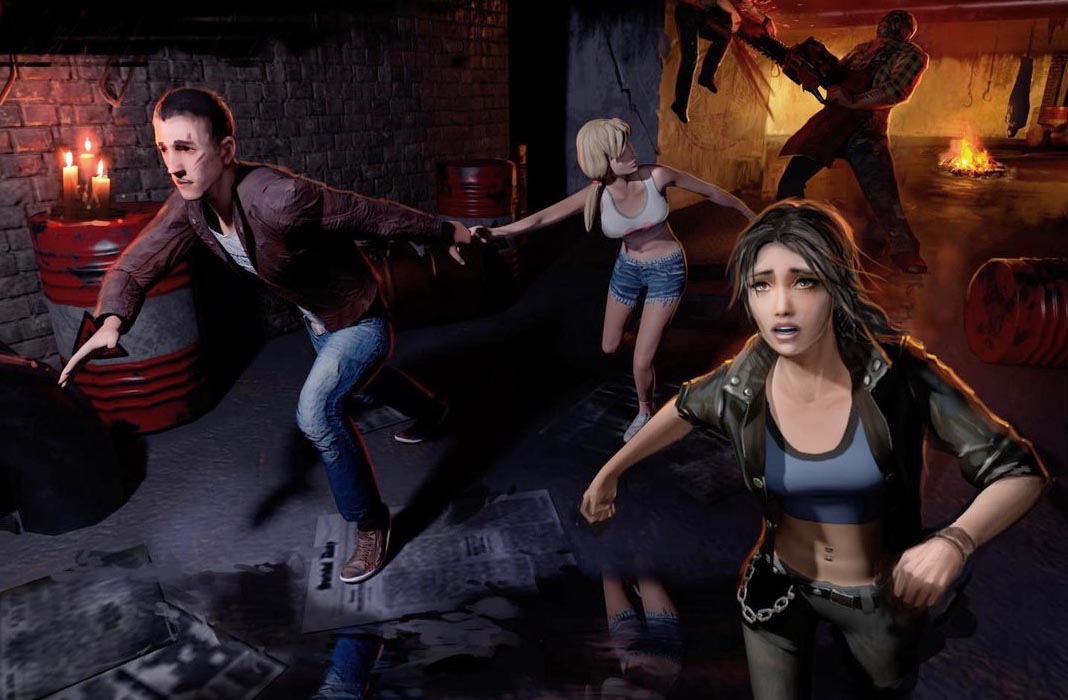 From the heart of Siberia, and more specifically the city of Akademgorodok, comes this gruesome delight that’s sure to excite any and all slasher movie fans. Horrorfield invites you to participate in a nerve-wracking multiplayer experience in which, together with other users from all over the world, you’ll have to escape from the persecution of an unrelenting psycho killer.

However, just like in Dead by Deadlight and Friday the 13th: The Game, in Horrorfield you’ll also have a chance to play the pursuer. And what makes it even better is that, unlike the aforementioned games, you can play “the bad guy” whenever you want, without leaving it up to chance. Luckily, there are always people on the servers who are willing to feel afraid while you give free rein to your darkest instincts.

Horrorfield is fun and surprisingly deep

This production from the Russian Skytec Games may not be the most original game out there, but it is tremendously fun and also offers surprising depth for a title designed for smartphones.

In the start menu in Horrorfield you’re given the opportunity to play one of the four potential victims, or the deranged killer, although at first the selection is quite limited. You’ll need to gain experience in order to unlock new characters, all of them inspired by the usual clichés from the slasher genre. There’s the jock, the schoolgirl, the scientist, the gun-toting girl, the war veteran, the cop, and more.

As for the bad guys, you’ll also have new characters to unlock as you go. You’ll start out playing the Butcher (an obvious tribute to Jason Voorhees, the star of the Friday the 13th series), but as you gain experience by leveling up, you’ll be able to play the Cultist, the Phantom, the Beast (a werewolf) and other captivating characters.

The victims’ mission: to escape

The goal of the “victims” is to make it out of the level before the killer hunts them down. So if you’re a victim, you’ll have to complete different tasks like fixing generators that activate the exit door. At any time, you may come across any or all of the other three players, controlled by users from all over the world who are also playing Horrorfield.

Although your initial instinct will be to solely save yourself, in order to survive in Horrorfield, teamwork is key. You don’t want to spread out too much in levels filled with different rooms or cabins (depending on the setting) with doors that you can block in an attempt to hinder the relentless pursuit of the murderer.

If you’re unlucky enough to come across the killer, you’ll be captured and locked in a cage (where you’ll have the possibility of being freed by another player) and you can even run away. However, your wounds will slow you down and you’ll leave behind a trail of blood that will alert the bad guy of your presence.

The killer’s mission: to hunt down the victims

If you decide to play the killer in Horrorfield (you can’t deny it’s always the most entertaining role to play), the dynamic changes completely. Your goal will be to hunt down the other players one by one. You’ll be guided by their screams, the footprints they leave and the arrows that indicate that there’s someone trying to fix a generator nearby.

In your relentless pursuit of the poor souls, you can kick down doors, disable generators and even set up ambushes, staying close to cages with prisoners or letting a wounded victim flee at a distance while waiting for someone to come and heal him.

How to earn experience points in Horrorfield

You’ll earn experience points by completing different actions, whether you’re a good guy or a bad guy. However, the grand prize is awarded only to the winning team. Whether it’s the victims who manage to make it out of the level alive or the killer after hunting down all the victims.

The gameplay in Horrorfield is as straightforward as it is fun. All it takes is a few minutes to understand how the game works from both points of view. However, beyond the first gruesome laughs and scares, as we’ve already mentioned, the game displays a surprising amount of depth.

As you rack up experience points with your character you’ll be able to level him up to unlock his own skill tree and the things you need to manufacture objects before each game. This will help you to better complete your mission, as either predator or prey.

A reduced field of view

The isometric perspective in Horrorfield even further enhances the spine-chilling atmosphere, even more so than in other similar productions for consoles, since your field of vision is reduced.

You’ll have no idea that the killer is waiting for you inside a cabin or walking just a few steps behind you. Meanwhile, as a villain, there’s nothing more frustrating than having a victim within reach of your bloody hands and watching him escape because of a locked door.

The character animations in Horrorfield are well done, but what really makes for a pleasant surprise is the sounds. We recommend playing with headphones to get the full experience and feel the terror seep all the way down into your bones as you hear your character’s heartbeat accelerate when he feels his pursuer approach.

Horrorfield is simple, straightforward and gruesome

Like all free-to-play games, Horrorfield includes in-game purchases and it’s also possible to quickly increase your character’s experience in exchange for watching ads. It is worth doing so, because once you reach the fourth level of experience you’ll unlock the Butcher, the first psycho killer, and only then will you be able to unleash the full potential of fun of this Siberian nightmare.

Simple, direct and gruesome. That’s Horrorfield. If you enjoy horror movies, then what are you waiting for? Download it right now. The rounds are short and its servers are always full of people eager to have a good time, Halloween or not.