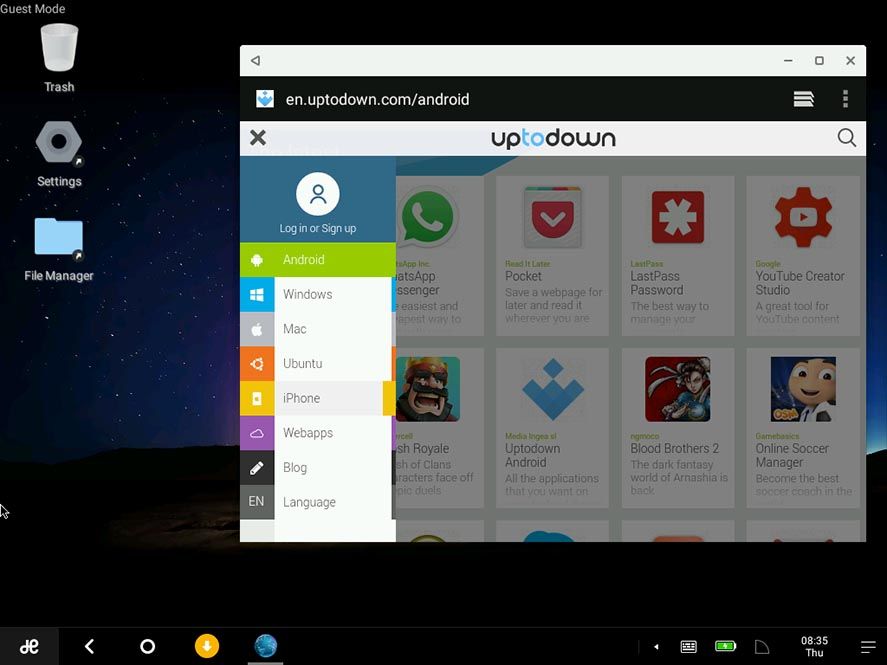 We talked recently about Remix OS, an operating system for desktop computers based on Androidx86 that lets you run all sorts of apps in a windows-based interface fully adapted for use on monitors with mouse and keyboard inputs. Till now, the only version available was for 64-bit processors and was quite wobbly, nascent alpha that it was. But recently the first beta update has been released and brought lots of additions with it, as well as a 32-bit edition that fits like a glove on low-power machines. The install process is the same as we explained on the blog a few weeks ago, although now everything is much faster, and in the case of the Live version that’s run straight from a USB, the startup takes much less time than before. Having reached this level of maturity you can actually properly consider a dual startup on your PC alongside an Android operating system with a performance equal to or in certain cases even better than what tools like BlueStacks and Andy can offer. These are some of the main novelties:

How to install Remix OS, an Android operating system for PC