Home Software Reviews RealmCraft: one of the best Minecraft alternatives 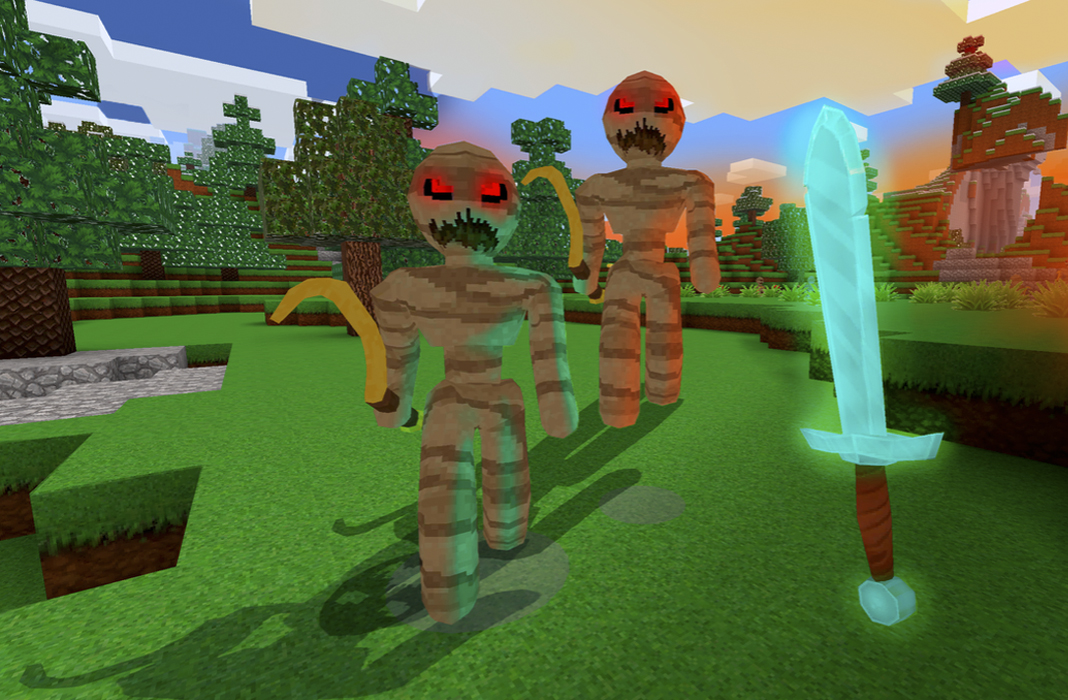 Who hasn’t heard of the Minecraft phenomenon? What you may not know is that there is an alternative to Mojang’s classic game on Android, totally free and with infinite possibilities of fun both when playing alone and together with players from all over the world. RealmCraft is the work of Ukrainian Tellurion Mobile, and once you install it on your mobile device, you won’t be able to escape from this colorful voxel-built world.

The array of options and gameplay it offers is overwhelming, and may scare you a little at first, especially if you think that everything is reduced to building with voxels in a 3D environment. That single-player mode does exist, it is called Creative, but if you don’t have the patience for it or are still a bit confused by it all, there are other single-player options, such as Survival, where you will explore an already built environment in which to interact with all kinds of creatures, and Worlds, where you can choose between different environments already built by the game’s massive community. 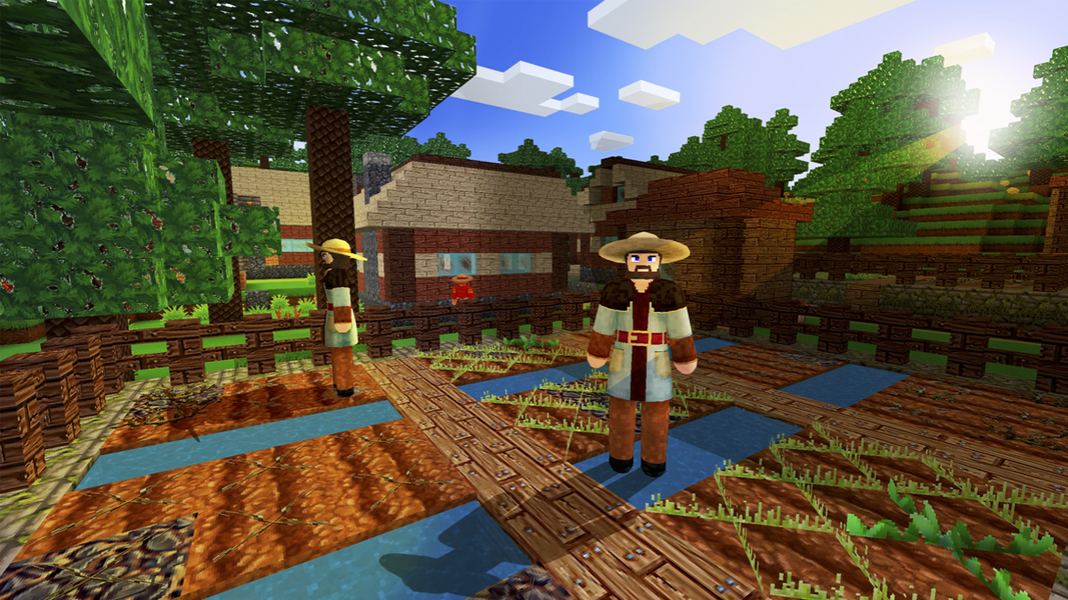 Collect resources to alter the environment

Whether solo or with other players, your goals will be to destroy voxels, collect blocks and resources (wood, stone, etc.) to alter the environment and create constructions ranging from the simplicity of the first games to monumental 3D buildings in which your only limit will be your imagination (and your patience). The game offers over 100 different blocks, and also allows you to farm and even breed animals: from the typical farm fauna (horses, pigs…) to wild species, such as wolves or ocelots.

The variety of RealmCraft worlds is truly spectacular, and some of them already have a whopping 15 million downloads. You will be able to explore FutureTropolis’ skyscrapers, a huge mansion, an ocean liner and even the White House, or relive the magic of well-known licenses, carefully recreated by the community of players in iconic locations, such as Winterfell (Game of Thrones), a voxelized version of Among Us or San Andreas itself.

Create a world or expand existing ones

Each of RealmCraft’s 3D environments features its own flora and fauna, and with sufficient perseverance, you can create your own world from scratch or help the community to expand existing ones. But beware, because not everything is about building: you will have to upgrade your character to make them more resilient to the constant dangers that surround them (from lions to bears and giant spiders, not to mention zombies and skeletons that emerge at night). This is a living environment, as beautiful as it is treacherous.

If you have played Minecraft, you will already be familiar with the control system and mechanics of RealmCraft. If not, don’t worry, because the game displays controls designed for tactile mobile devices, and in a matter of minutes you’ll be exploring all these 3D environments like a true expert.

Once you get used to the game dynamics, and if at some point you get tired of building alone, we suggest you take a look at the various multiplayer modes, with which you can interact directly with the game’s huge community. You will be able to travel the different Worlds we already mentioned alongside other players, or try out the four multiplayer mini-games that are available from the very first minute of the game: Snowball fight, Egg Wars, Bed Wars and Sky Wars.

Perseverance is rewarded in RealmCraft, in the form of daily rewards, which will increase your coin purse, allowing you to unlock new avatars for your character. At the start, you will be able to choose from 10 different ones, but you will also have the option of unlocking other designs, including a zombie or one of the uniformed guards from The Squid Game. Oh! And you can also get 100 extra coins every time you watch an ad video. This is entirely optional, so don’t worry, your game won’t be interrupted by ads if you don’t want them. 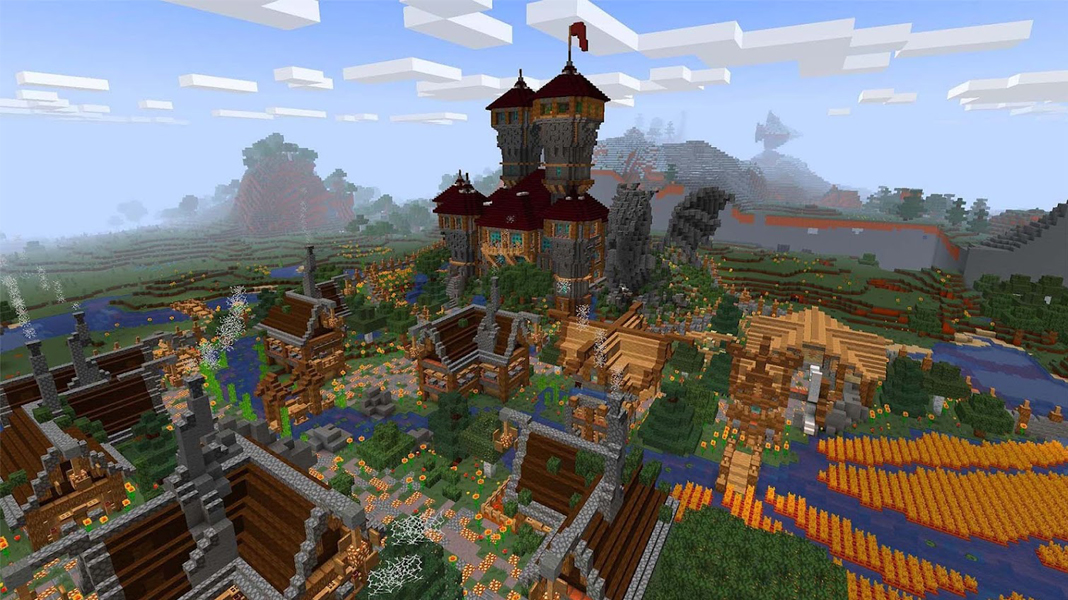 RealmCraft is a true phenomenon with over 100 million downloads, but it’s not the only title in the Tellurion Mobile catalog for Android devices. The Ukrainians are also the authors of PrimalCraft, RaptorCraft (with dinosaurs!), AdventureCraft or Adventaria, in which voxels are replaced by a 2D pixelated environment. 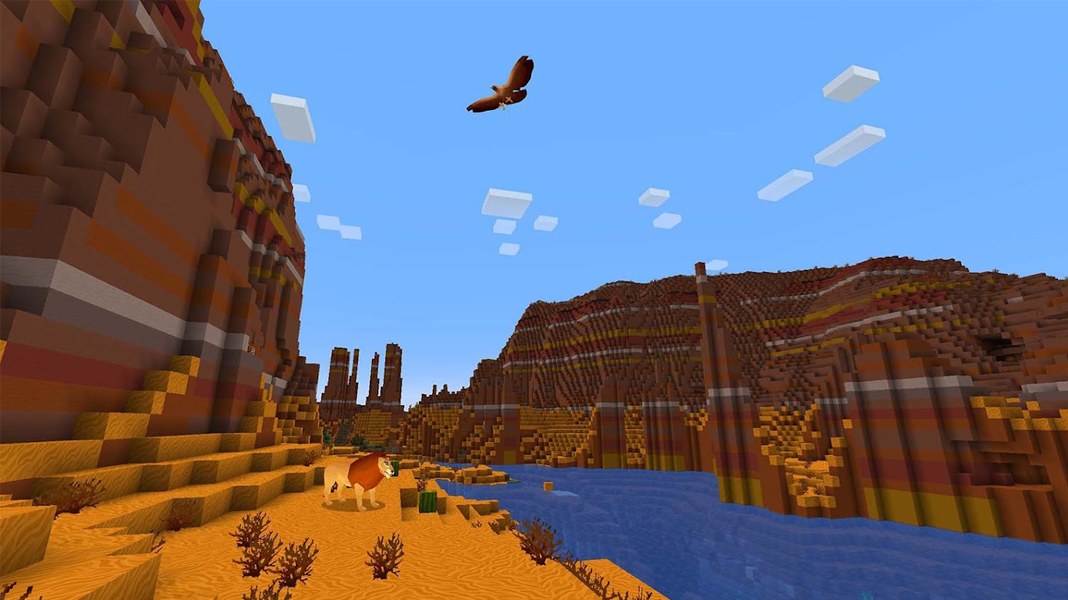 RealmCraft offers a lot of fun possibilities with a common goal: to turn your mobile device’s screen into a window from which you can peek into fabulous and gigantic 3D worlds that you can shape to your liking, either solo or together with a community of players that continues to grow every day. Onward adventurer! Your journey has just begun…