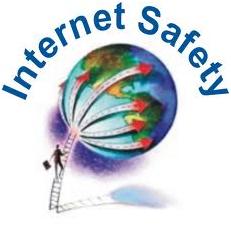 Majority of people are availing benefits from worldwide computer network system that is generally known as internet in common language. It is still not very popular in Asian continent, but is widely being used in prominent countries like United States, Germany, France, Italy etc.

Internet which is generally being used by masses as a major source of gathering necessary information and data has now become a major threat for their safety it has opened up new ways for major security vulnerabilities.

One of the major threats that are disturbing internet users these days is identity theft. Every year, many internet users loose around thousands of dollars because of growing online thefts which has become a major concern for every internet user.


All this is result of growing number of hackers who are taking undue advantage of internet and using unethical services like spy webs or other such viruses that easily come into your system along with a downloaded file.

These viruses are dangerous as they steal away important information from your system, after which its undue advantage is taken by cyber criminals who are aimed at stealing cash from your bank accounts.

Many a times confidential data comprising of your office records can also be stolen by your competitors so that they can beat you in the business outfronts.

It had even become a major concern for security of United States as one of these hackers managed to steal highly confidential security records after which the government here introduced a strict law against cyber criminals.

Officials have ensured that until the end of financial year 2015, they will manage to overcome this problem right from its roots. Growing trends of smartphone adoption is also being considered as one of the major reasons for increased cyber crime. Many smartphone users are not very careful while making online transactions due to which they are being targeted by majority of cyber criminals.

People need to be aware about proper precautionary measures that can protect them from being a victim of cyber criminals. For this, they should make use of reliable systems while making online transactions. Try to avoid unsafe cyber cafe machines which may be infected by malware.

Always prioritize your password as well as make timely changes in order to reduce the chances of cyber thefts. Recently, hackers managed to steal away around 6.5 million passwords from one of the leading social networking sites LinkedIn which can be considered as a lesson for others. And therefore, individuals must take proper precautionary measures for same.

Try to use a safer browser that imparts proper authenticity so as to keep the users away from cyber attacks up to a certain extent.

Avoid using wireless internet connection available at public places like coffee shops, restaurants etc as these may not be encrypted therefore you can be forged for identity by numerous hackers through such networks.

Purchase licensed antivirus system rather than downloading one through internet as majority of viruses enter your system through unauthentic download by which hackers can easily steal your identity.