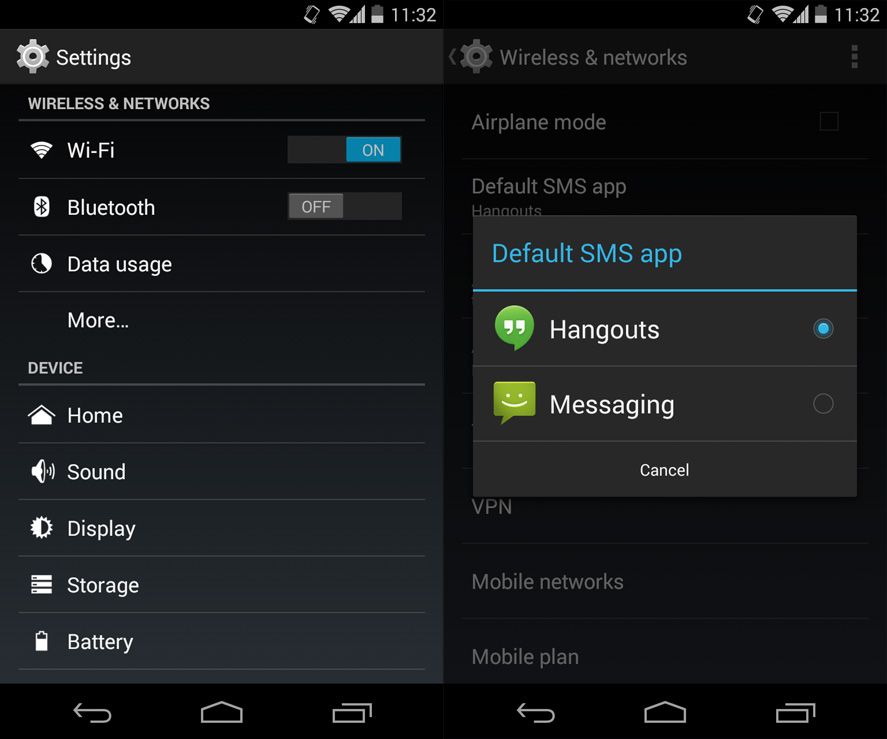 The 2.0 update for Hangouts for Android launched at the end of 2013 brought the option to integrate its text-sending and -receiving service into your smartphone, allowing you to unify your IMs and SMSs from a particular contact into a single conversation. Nevertheless, it’s possible to reverse this change and go back to using the phone’s original app, even in Nexus 5 models that don’t include one by default.

To go back to using the default tool, you have to go to Settings > WiFi connections and networks > More > Default SMS application. There a list will appear with all the mobile messaging programs you have installed, meaning you simply have to tick the box for ‘Messages’ to go back to the original tool. It might also be the case that only Hangouts appears as an option. This is because the latest version of Android 4.4 Kit Kat includes this program as the default tool, meaning you’ll need to download a third-party app. It’s precisely to address this problem that SMS Messaging (AOSP) exists, a free clone of the official messaging service used on Android, although there are other interesting possibilities that offer exclusive features, among them Chomp SMS or Handcent SMS.