Home Tutorials and Guides How to set up PPSSPP, the best PSP emulator out there 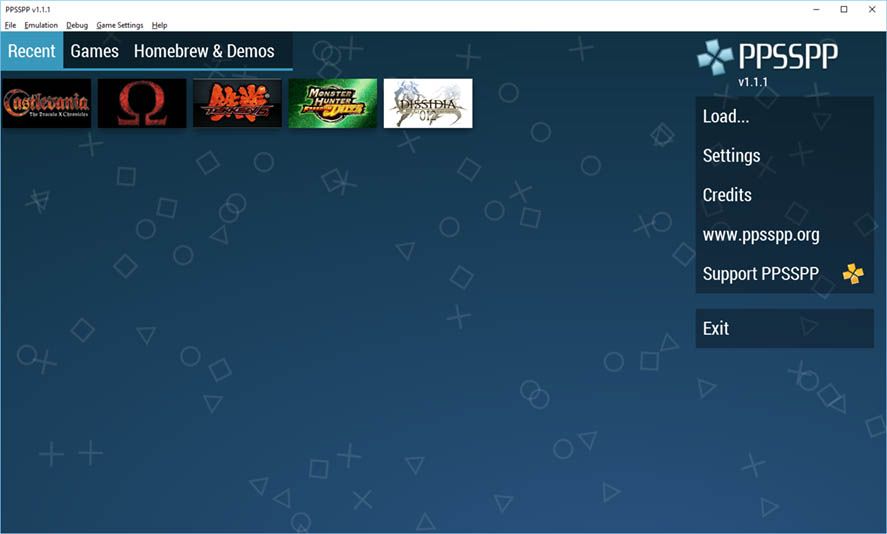 The same thing that happened to PS2 is now happening to the first portable console from Sony in terms of the possibility to considerably improve the appearance of its games thanks to emulation. PPSSPP is the best PSP emulator you can find, and lets you play titles from that platform on both Windows and Android, among many other operating systems. Here we give you a tutorial on how to set up the emulator and get a much better visual quality than on the original console.

On the legality of emulation

Let’s make this clear: emulation itself is NOT illegal, especially when, as in this case, you don’t need an original BIOS for the console to run the emulation. What does raise questions is the provenance of the games you load. PPSSPP can read disk images for games in ISO, CSO, PBP, ELF, and PRX formats, even if they are compressed in zip format. Although it’s possible to rip the content of the console’s original UMD disks if you have a Custom Firmware installed, what’s certain is that on the Internet you can find communities with practically the full PSP catalogue available and already ‘processed’. If you want to keep a clean conscience the ideal would be to download the rips of only the titles you already own (although you probably know how these things go and the limits that tend to be crossed without too many regrets). How to set up PPSSPP on Windows

The PPSSPP emulator is an impressive open-source initiative that lets you emulate titles from the portable Sony console on a host of different platforms. Although you’ll get the best results on Windows, there are also versions for Android, iOS, and OS X as well as unofficial ports for Linux, BlackBerry, Symbian, and a few others that serve more than anything to simply pique the curiosity given their low level of optimization.

The original native resolution for games on PSP screens is just 480×272 (although movies on UMD disks reach 720×480), but it’s true that the texture and processing capacity of 3D environments are detailed enough to still look good at higher resolutions – even to the point of finding few differences with what you’d see on PS3. NO KIDDING. In fact, even the HD reedits that are so trendy these days don’t top what you can achieve by refining the graphic configuration on the emulator. We’re going to focus here on the Windows version. The main menu lets you locally load the image of your game, which once detected will go on to form part of your mosaic of recent titles with a similar format to what you’d see on a real PSP. The interface is designed to be used in full screen, and can even handle a gamepad instead of a keyboard, although most of the options are redundant and can also be modified from the upper bar in the window.

The best way to try out graphic changes is by loading the game and adjusting the options bit by bit to see how they affect the performance, which is what we’re going to do here. We hit Load and search for the image of the game we’re going to play. Then we pause the game and go to the top menu where it says Game Settings. Here’s a breakdown of everything you can change: But that’s not all. In the graphic settings menu on the emulator itself (or in the tab Game settings > More options in the upper menu) you can find even more options along with the ones already mentioned. Here are some of the most relevant:

Fiddling with all these options can achieve tremendous results with nothing to envy the later generation of consoles. Together with a 360 gamepad, the emulator can bring the full PSP experience to desktop machines. Here are some examples of the improvement: