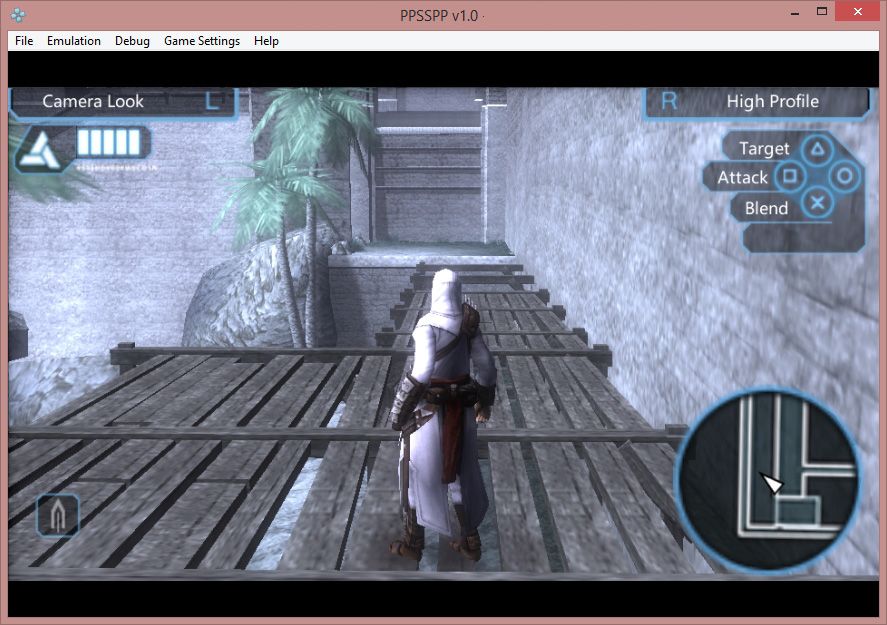 Although the emulation boom has been slowing these days, it continues to make headway into areas that until recently eluded it. PPSSPP might be the best multiplatform emulator out there for the first portable console from Sony: it can perfectly emulate most of the PSP catalogue and even enormously improves the graphics with respect to the original. After several months in beta phase, version 1.0 for Windows and Android has finally been launched with many improvements to performance and compatibility.

The emulator interface is fully integrated with the games themselves, offering a menu system from which you can configure all the internal emulation features and manage your games catalogue by selecting the folders that contain the images of the titles you want to run (obviously not included with the emulator). In the case of the desktop version of the program, you can improve the graphics so much you won’t even recognize them compared to the original source. You can scale the resolution up beyond 1080p, add anisotropic filters, enable VSync, and select either OpenGL or DirectX as the rendering engine, among many other things. Certain games like Final Fantasy VII Crisis Core and Tekken 6 could nearly pass for PS3 games with a few adjustments to these settings.

Another of the advantages is that it doesn’t require a super-powerful machine to run well. A smartphone Nexus 4 (which we’ve tested ourselves) can run most of the games fluidly. Nor will a mid-range PC from around 2011 or higher stumble when you set the emulator going. We should also point out that it includes a handful of other features that are nearly indispensable for this sort of program. The desktop version allows you to connect external USB gamepads, and includes a default configuration to connect an Xbox 360 pad. The Android version includes virtual controls by default but is also compatible with external controllers. It also has its own save system and can even emulate a memory card.

There is a completely free version for Android that only includes ads on the menus, and you can get rid of them if you shell out for the paid version. In the case of the Windows version, the only version available is this 1.0 edition: it’s also free and doesn’t include any advertising.