Home News and Updates Pokemon GO 0.33 Update: change your nickname and much more.. 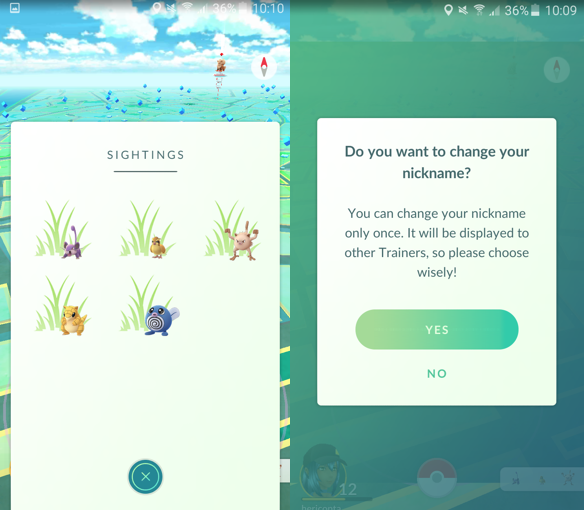 The newest update 0.33 for Pokemon GO, added a few significant changes like the possibility to change your nickname (albeit, you can only make a single modification) among other tweaks. Regarding the controversial changes that affected many users’ ability to use Pokemon detection radars, it seems like that edit is still in the works. For now, you get some grass on your screen as an added backdrop behind any nearby Pokemon, which for now it’s simply an aesthetic feature. Here’s our full list of changes included in this new version.