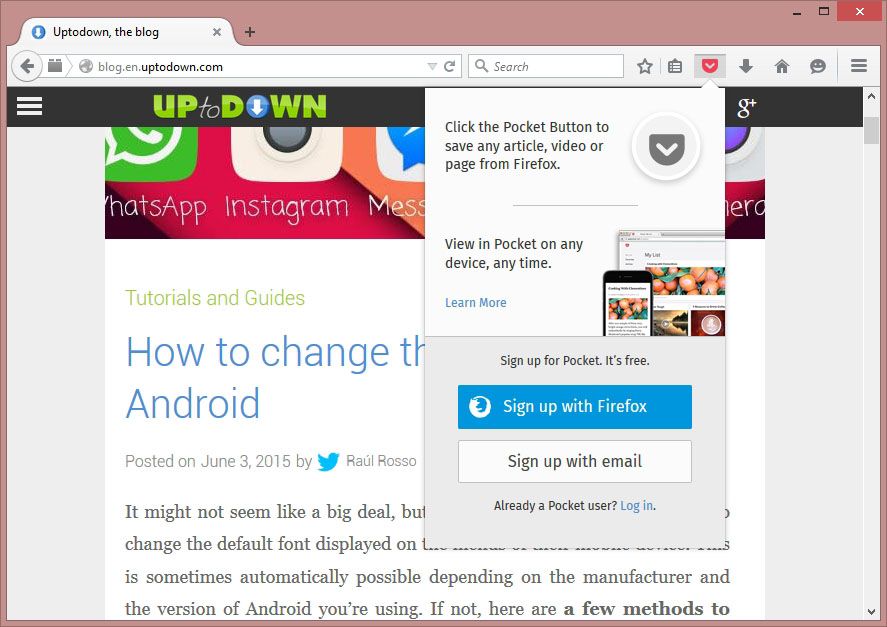 Mozilla has really been on the ball these days. In a time when Chrome’s hegemony among browsers has begun to waffle due to some of the weaknesses we’ve recently seen in comparisons, a new feature has arrived to Firefox that, as has happened in the case of your correspondent, will make many users go back to it. From now on Pocket, the service to store and sync content between devices, will be natively incorporated into Firefox.

As of yesterday, the versions in English, German, Japanese, Russian, and Spanish will have a new icon in the upper extensions bar. Using Pocket will be totally optional and you can access it either with an existing account or create one on the spot. We’ve talked before about this tool and how enormously useful it is, letting you save web links, text, images, and videos to view later (even offline), with the added appeal that all this content will sync among all your devices where you’re logged into your Pocket account. The good thing about this webapp is that it does not interfere with the browser’s functioning. If you drop down your bookmarks menu, you’ll have your usual favorites on one side and Pocket on the other, so you’ll avoid the pack-rat syndrome involved in saving a million links to go back and read at some point. For someone like me who spends loads of time trawling the Internet for information, that’s a real godsend.