Home Software Reviews PictoBlox, the tool that turns programming into a kids play 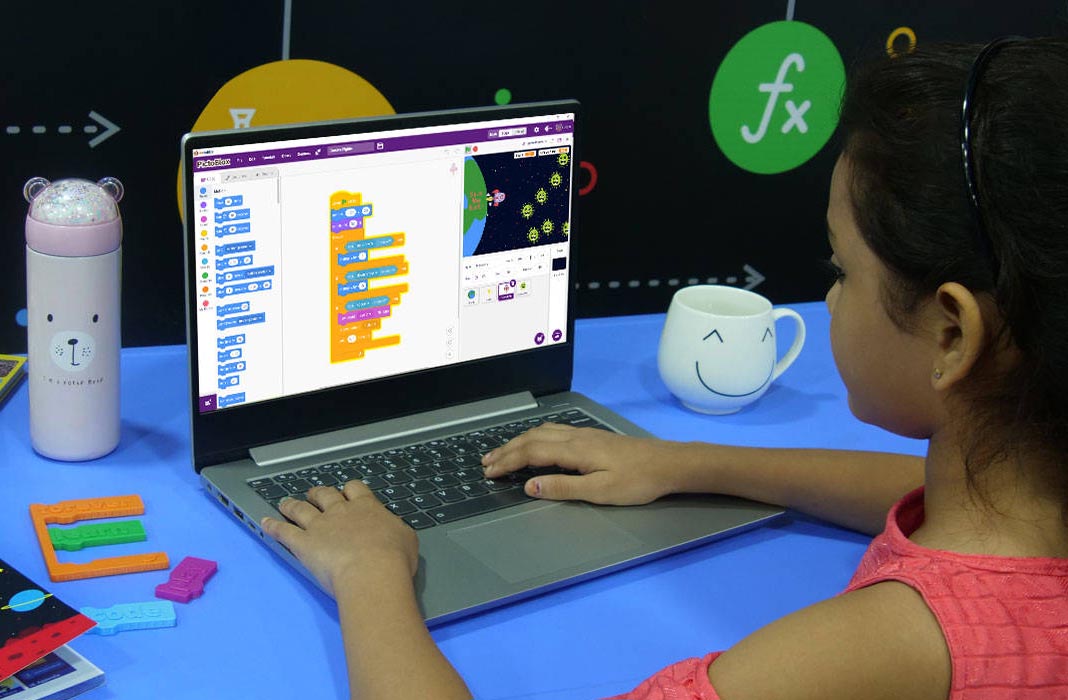 Up until recently, whenever we thought about robotics or programming, the last thing that would have crossed our minds would have been concepts like kids’ leisure or education. But that has changed—a lot. Programming is an international process that makes it possible to ideate and organize the needed actions to do projects and prepare and manage different engines and software using distinctive languages.

Kids born in the 21st Century are digital natives, and thus teaching them how to program from an early age translates into a valuable tool for the future. Nowadays, robotics and programming are not compulsory parts of the education system, although they are becoming progressively important as an extracurricular in many schools.

Benefits of integrating programming at an early age

One of the main benefits for kids is that it awakens an interest in learning, fosters creative thinking, and accelerates both memory and cognitive processes. Kids also develop perseverance and increase their tolerance to frustration, which will positively impact not only their academic performance but also their adult life. 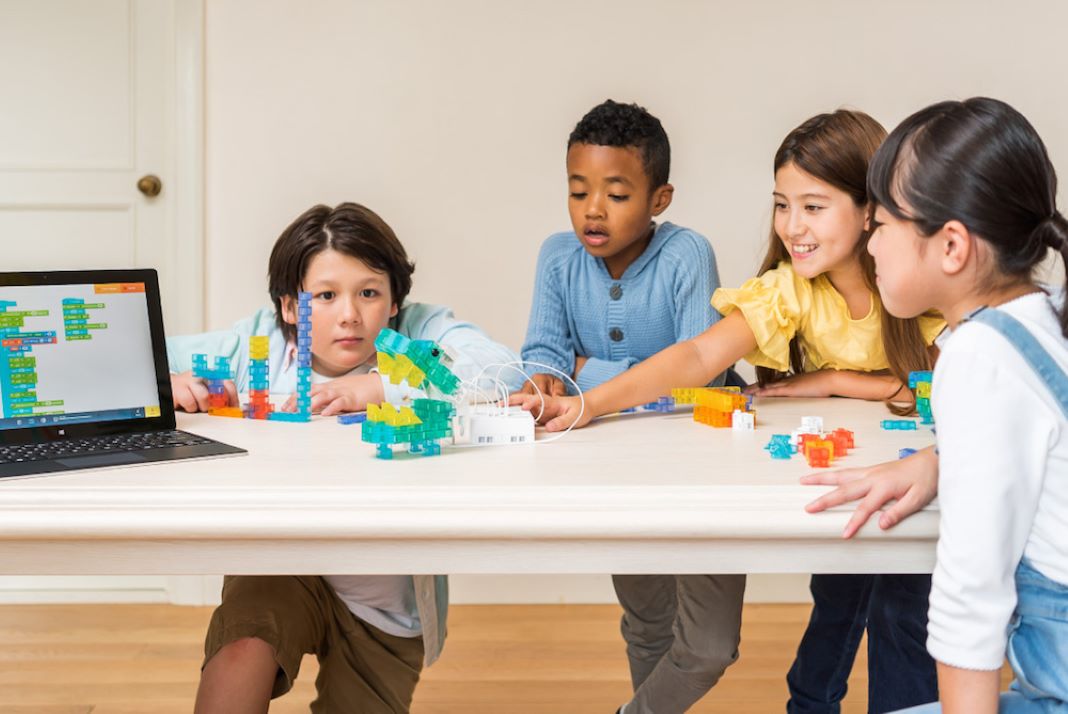 Moreover, kids learn in a practical and dynamic way, something that also favors teamwork, which is a concept far away from the passive teaching that still persists in conventional education systems.

It goes without saying that children will learn to adapt to technological challenges and that programming is obviously related to many disciplines and professions in the digital industry —some we already know, and others yet to come.

Programming allows them to develop computational thinking and, hence, learn to solve major problems by means of abstraction and automation.

Platforms to learn how to program

When it comes to teaching a kid how to program, the first thing we ought to consider is that their skills and knowledge are different from ours, and thus we cannot use tools or methods designed for adults. Quite the contrary, we need to employ tools specifically made for kids, some of which can be used as early as 5 or 6 years of age but extend until adolescence.

Currently, there are several free platforms to introduce kids into the world of programming, adapted for different ages and learning stages. One of the most popular ones is Code.org, which allows kids to become familiar with programming languages from an early age. There is also Swift Playground, which uses simple puzzles to teach them how to program with Swift (Apple’s language) and design apps for iOS, Mac, Apple Watch or Apple TV. 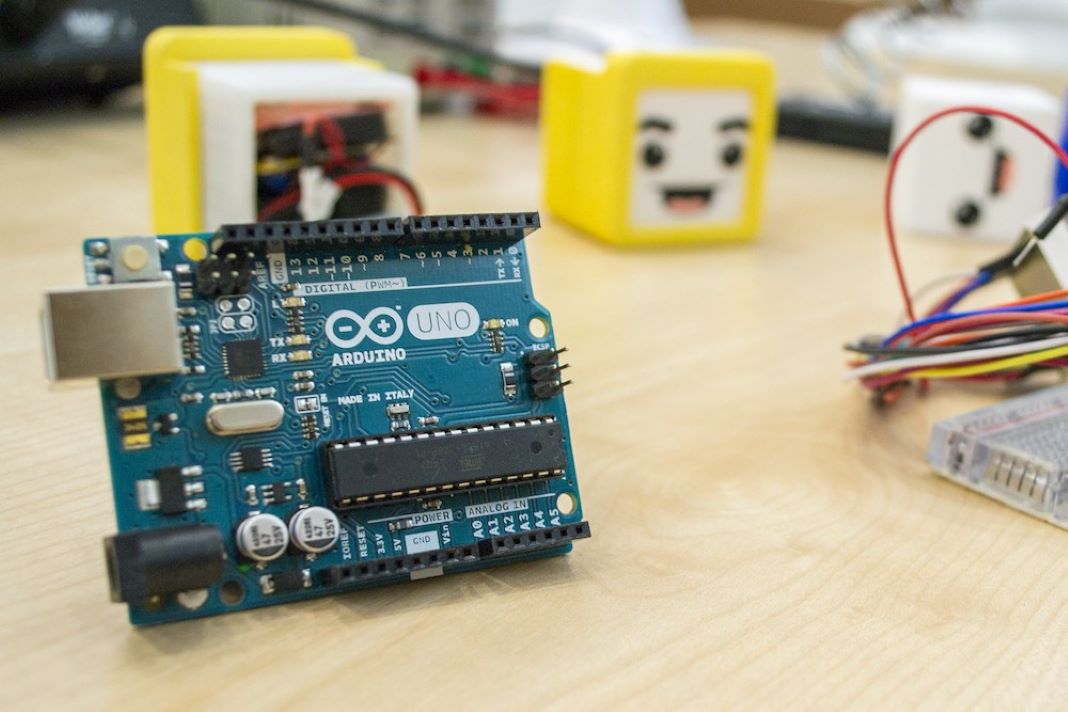 As part of the robotics-adapted programming, we find Sphero Edu, which teaches kids the basic notions that apply to most programming languages, and apply them to the development of robots. Finally, Arduino is the free hardware platform based on a board with a microcontroller that makes it possible to create robot-related projects, a more “physical” part of this learning process.

But one of the most well-known names is Scratch and its drag&drop system. Scratch environment is reminiscent of Code.org, but it offers many more functionalities and features for kids learning.

If we’re looking to go the extra mile, PictoBlox offers us an educational coding tool based on Scratch and created by STEM, a company specialized in this learning system. 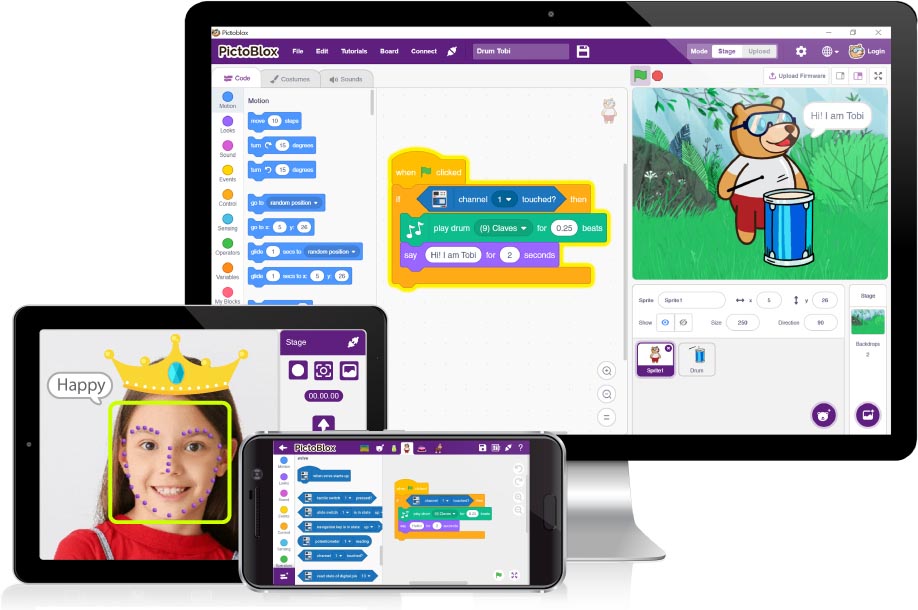 PictoBlox is a multiplatform, educational coding software based on blocks. It’s available for Windows, MacOS X, and Linux as well as for mobile devices.

Since it is based on Scratch 3.0, it shares some of its features (like the aforementioned drag&drop system to create basic control structures), but also adds some genuine functions and extensions that enhance the user experience. With PictoBlox, kids can create games, animations, interactive projects, or even control connected devices or robots.

PictoBlox also provides extensions that allow us to interact with the IoT (Internet of the things). That is, they can also automate home tasks, like monitoring the temperature or knowing the location of certain devices.

PictoBlox’s Artificial Intelligence (AI) extension is another of its great improvements when compared to Scratch. With this extension, they can manage AI projects that can apply facial recognition and, thus, identify the user’s age, gender, and feelings.

Other features include optical character recognition (OCR) to read text within images, and voice recognition to generate text from speech. Your kids will be able to create their own virtual assistant and have self-created animations mimic their gestures.