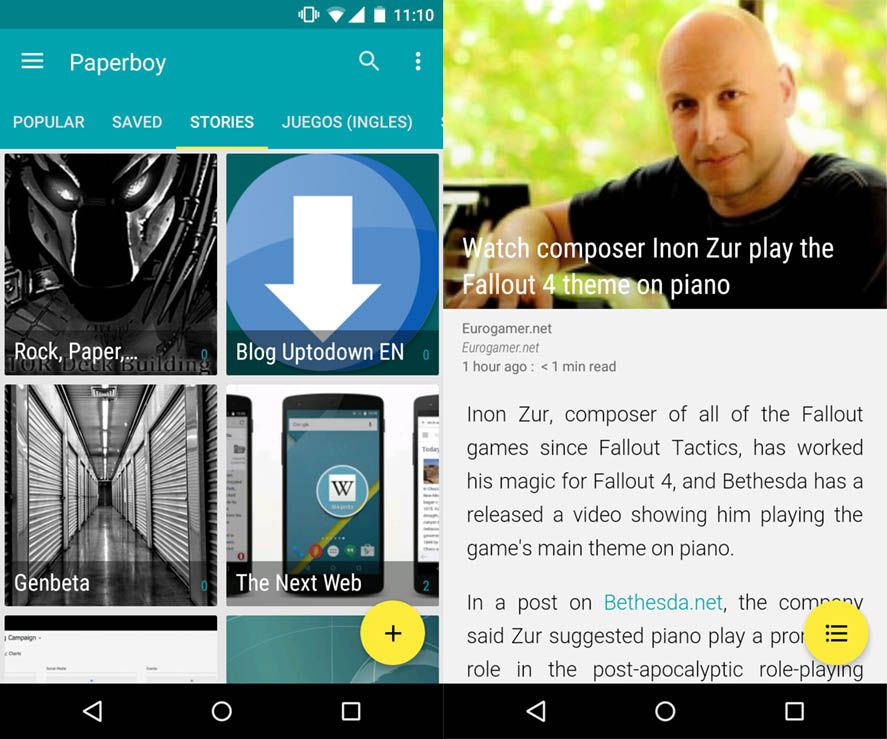 It’s been some two years now since Google Reader disappeared from our lives, and since then lots of users have opted to drown their sorrows in Feedly, the current king among newsreaders and perhaps the most-used. Although we now live in better times thanks to multiplatform support and new reading habits on mobile devices, there’s still a lot of room for maneuver. PaperBoy is a fantastic newsreader for Android that’s fully compatible with Feedly, and after trying it here at Uptodown we’re even considering switching our own go-to reader.

The appeal of the app is that as soon as you install it and enter your details via social login it will sync all the pages you follow on Feedly. Its main difference lies in its aesthetics, which are more intuitive as they show a mosaic of all the media you follow and a distinctive use of color to show what you’ve already read. Likewise it’s possible to read your timeline in order of appearance. And the info goes beyond the mere title of the text, also displaying the byline and a small icon for the medium in question without having to click the link, along with the well-known buttons to save and share. The default appearance of the body text is dark with light letters, but you can change that in the settings menu. What’s really important is the permanent button floating at the bottom right of the screen, with options to open the article in your browser, tick it to read later, and even download it for offline reading via Pocket. As the cherry on top, it includes a curious tool to read the text aloud. Digging a bit deeper into the app, you’ll come across other curiosities such as the option to ‘fast-forward’ or ‘rewind’ through the pending articles using the device’s volume buttons instead of touch gestures. This sort of thing is what makes the app so brilliant in a field that initially seems to already be replete with competition.