With the popularity of the whole GTA saga, we’re pretty much accustomed to seeing high-speed car chases after committing some sort of crime in our videogames. Of course, the Rockstar franchise didn’t invent the high-speed car chase; we’d already seen this excitement on the big screen thanks to movies like Bullitt, Vanishing Point, The Driver, etc. But the Finnish developers of Tree Men Games have found a new way to successfully present this excitement in PAKO, a saga made up of fun games where the cars are the heroes.

“Before Tree Men Games, none of us has worked for Rovio, Supercell or any other big company.” That’s how the members of Tree Men Games define themselves on their official website. In other words, it’s their way of making their independence from these other Finnish companies known. After all, this Northern European country has been the birthplace of plenty of extremely popular videogames like Angry Birds and Clash Royale. But the games that make up the current PAKO trilogy are a whole other story. 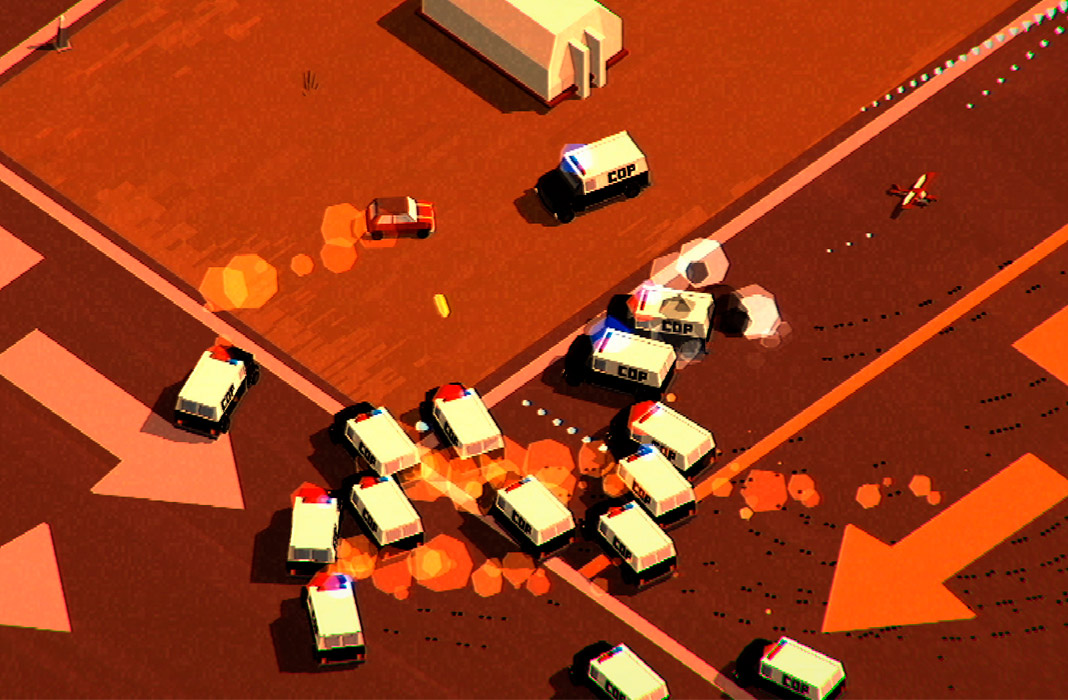 We’re talking about a collection of arcade games where your goal is to get the best scores possible in each new round. This will allow you to eventually earn new vehicles and settings. Typical mechanics for the mobile game world, although these games have also appeared on PC and MAC in one shape or another. Luckily, all these games come with dramatic and attractive low-poly graphics, along with the excellent synthwave tunes from DKSTR.

For now, we’ve had the pleasure of playing all three videogames from the PAKO brand:  PAKO – Car Chase Simulator, PAKO 2 y PAKO Forever. The first two are available officially on Android, while PAKO Forever is still in Soft Launch at the moment. But you can download all three of them for free right now on Uptodown.

2013 was the year that three Finnish students who hadn’t yet graduated from college, decided to create a videogame company. One year later, PAKO – Car Chase Simulator was born on the Windows Phone. An interesting decision, to say the least. Later, the game also appeared on the two most popular mobile operating systems: iOS and Android. Thus, Tree Men Games took its first big steps thanks to a simple and fun arcade game. Short rounds and instant fun. What more could we ask for? 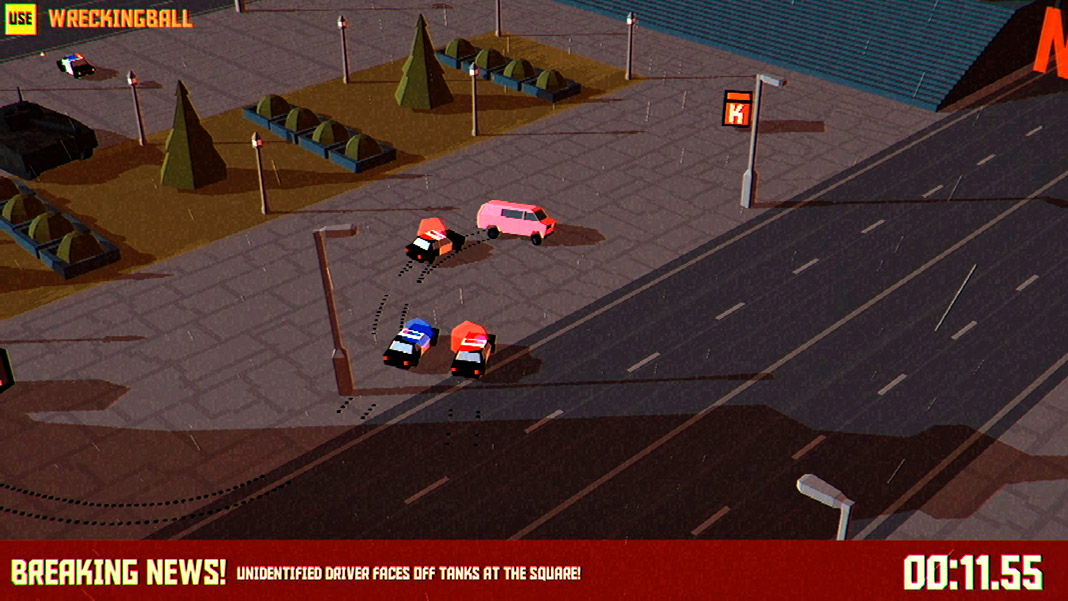 PAKO is a car chase game that’s built around a simple control system made up of only two buttons: one for turning left, and the other for turning right. Everything else depends on your ability to dodge all the police cars chasing after you, along with all the obstacles you come across on the road. Just one hit and you’ll have to start over. As we already mentioned, the longer you last without crashing, the more points you’ll earn. This will make it possible to unlock more settings and vehicles that make the whole game experience even more interesting. [Download]

PAKO 2 not only expands on the experience of the original game with bigger settings, but also makes quite a few other big changes. The nostalgic feel is even more obvious here, given that the entire game has little references to the 1980s which you can see all over the place. But that’s just the tip of the iceberg. Be prepared for tons more vehicles, the possibility to level them up, automatic shooting at cars that try to stop you, a life bar that allows up to three hits, et cetera, et cetera… 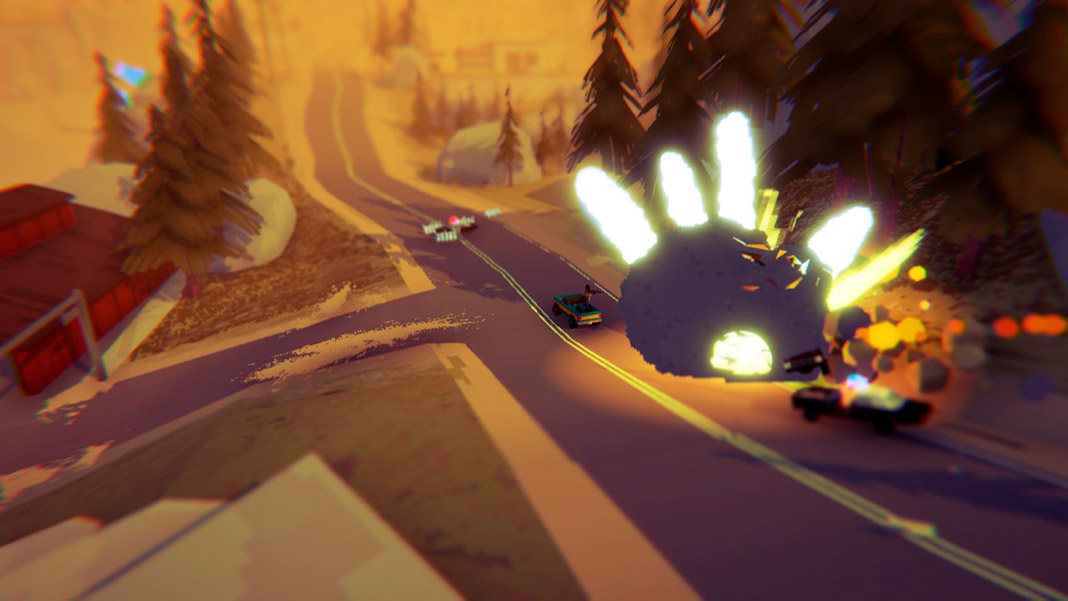 All this can be summed up in the “Bigger, Better, Faster” tagline, but they even changed the basic playing mode: this time, you have to go to specific locations to rob buildings while escaping as fast as you can. Plus, although you basically still only have two controls, you have a much wider range of options to carry out even more crazy maneuvers. Without a doubt, this one is the best of the three. [Download]

The appearance of PAKO Forever definitely surprised us. We haven’t seen any news about its development anywhere and honestly, we didn’t even expect another title like it after the all mighty PAKO 2. We’re not saying it’s bad or anything, especially when it hasn’t even been released officially but the gaming experience is more of a return to its roots. Literally, considering that PAKO Forever takes you back to the same parking lot from the original game. 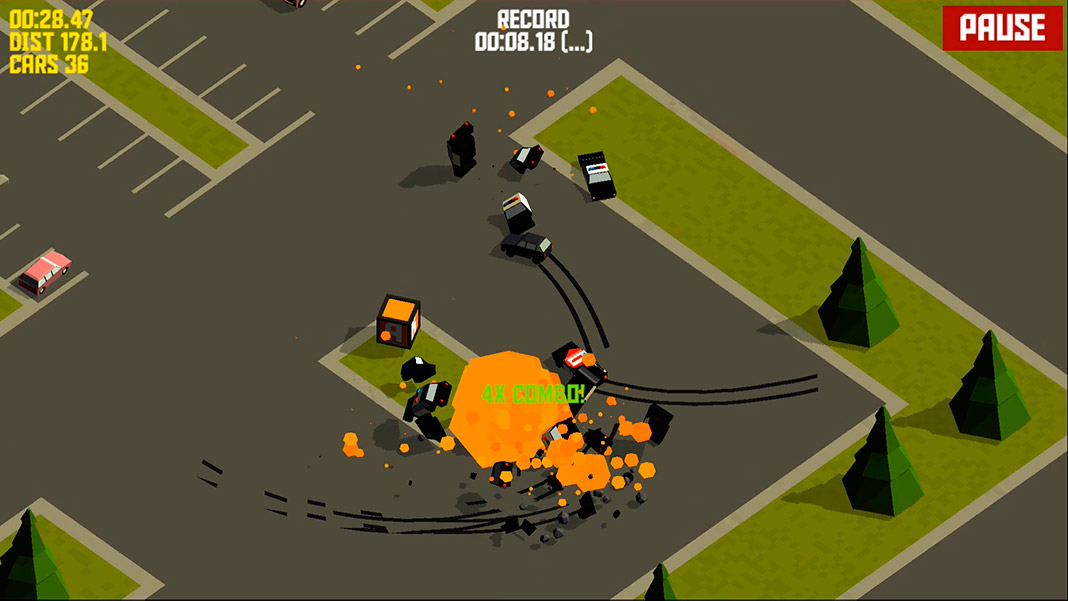 On the surface, there don’t seem to be many differences between this game and the first PAKO, but once you start playing, you’ll notice that they’ve added some substance to the development. You’ll return to the endless police chases, but now you have the possibility to use objects that appear in the setting after your pursuers explode. This is something you’ll notice even more because the objects in the setting disappear after a collision. It’s an addictive game that seems to be more of a version 2.0 of what we experienced in the original PAKO back in 2014. [Download]