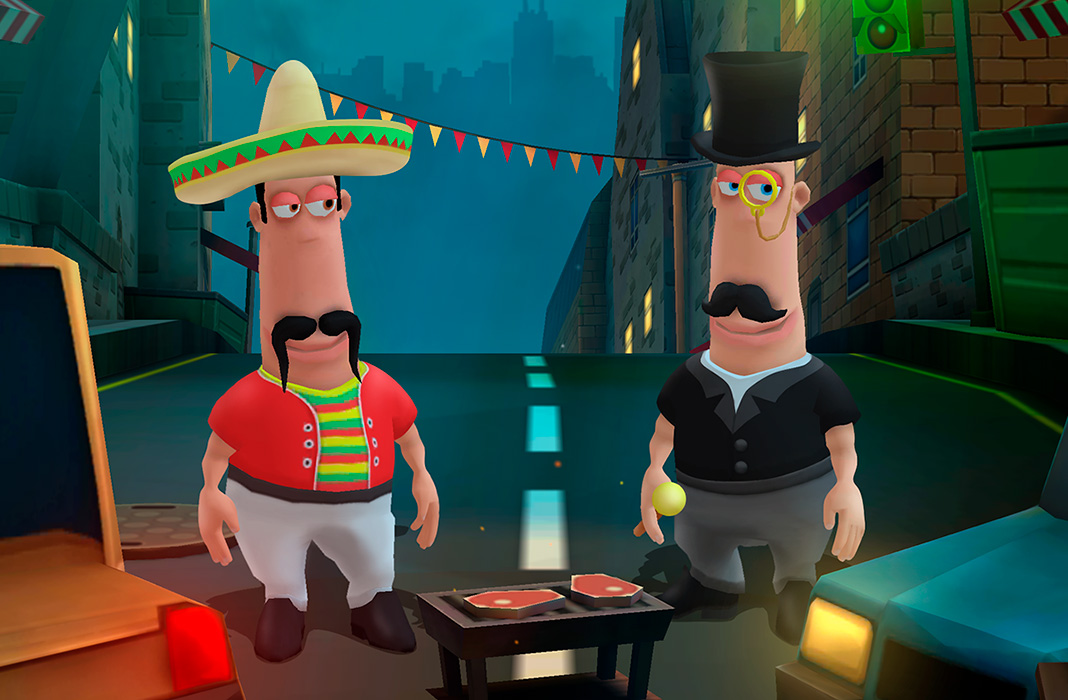 There are tons of endless runners that come to the Android catalog each year. Among the huge selection of titles in this subgenre, it’s hard to find one that actually provides us with a bit of originality in terms of gameplay. However, Overspin has caught our attention for the mere fact that it brings us the possibility to take off in 3D races, with pairs of strange characters who advance simultaneously at full speed. 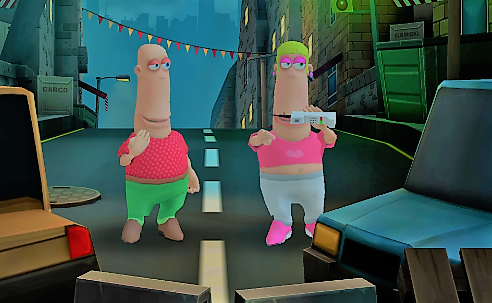 Spoko Games have managed to create a game that shines in more way than one. For one thing, its graphics are lovely. The characters that you can choose from all have a similar look that makes them likable. They all have a longer-than-normal head and each one has a different outfit to give him or her some personality. You’ll find dancers, athletes, zombies, doctors, and programmers, among other different ‘skins’ for your characters. 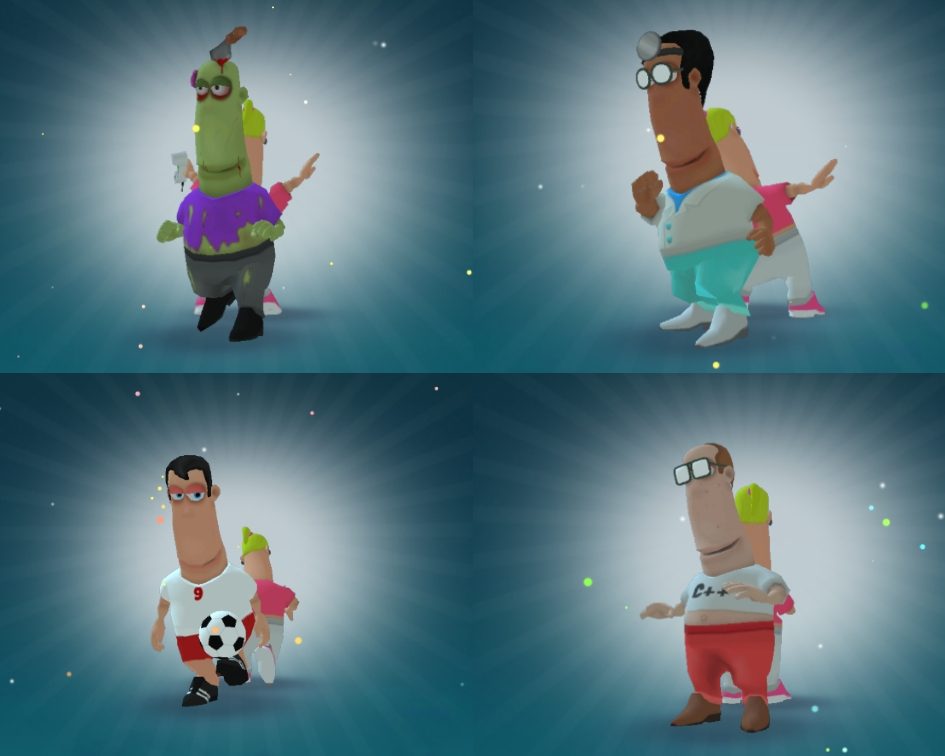 The controls are exactly what we’ve grown to expect from these types of games. You just have to tap the left or right side of the screen to move your pair of characters. This means that it’ll take you no more than a couple seconds of playing to get the hang of the controls. However, in Overspin, you need to be pay close attention to your surroundings. There are tons of obstacles you need to watch out for, while also trying to collect rewards. And doing this with two characters simultaneously can get pretty complicated.

The music in Overspin is awesome, too

As you advance in the game, it gets more and more difficult to not run into objects. That’s where the the ‘shield’ option comes in handy from time to time, making your characters spin around in circles and take out any obstacles in their way. The music is another element that’ll keep you hooked to Overspin. The game’s main tune perfectly accompanies the 3D look and, throughout the games, the frenzied action is also represented in the soundtrack. 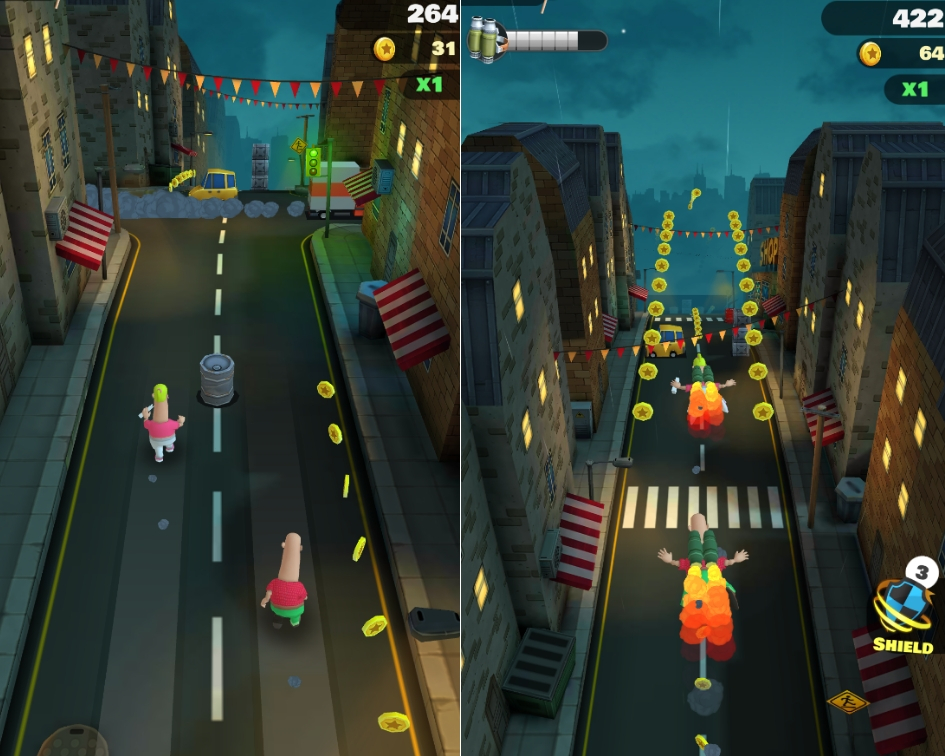 Overspin is an entertaining and very well developed game that’ll provide you with hours of fun. It’s no coincidence that this game was nominated for an IMGA. It only takes one look at the game to realize that we’re talking about a well-made title that’s not like the rest. Choose your favorite big-headed character and run full-speed to collect all the rewards you can without running into anything.