Home News and Updates Offline GPS maps and directions on Android with MAPS.ME 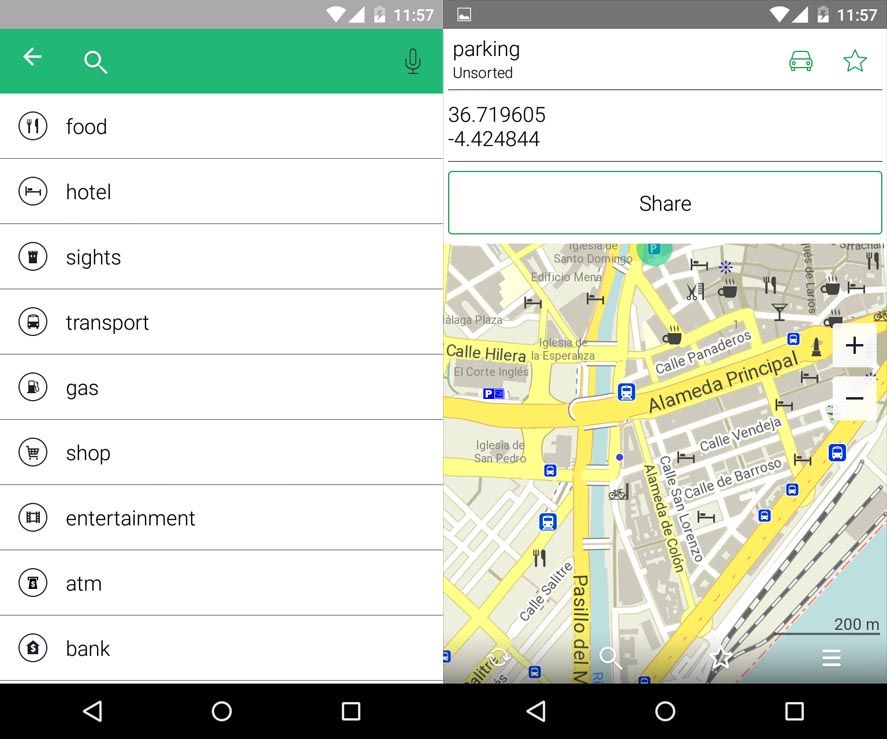 Viewing maps and driving directions on your phone with no data connection is one of the missing links in the world of mobile software. MAPS.ME resolves the problem by offering an app that can download maps and route searchers for entire countries via Wi-Fi to later be used with no Internet connection. Till now, the Pro version of the tool was paid, but from today onwards it can be downloaded totally free on Android, iOS, and Blackberry.

Many will wonder what makes this app any different from other, similar ones: Google Maps or HERE Maps also allow you to save maps locally to be checked later, but if we stop to scrutinize their features, the differences are enormous. MAPS.ME can download the maps for an entire country alongside its entire route calculator system, and you can select between map packs with or without the route calculators. To give you an idea, all the maps for Spain take up a bit more than 300MB, while the pack with the route calculator takes 500MB. And you can get packs for 350 countries around the world. You can do loads of different types of interactions with your downloaded map, be it searching for a specific street or finding nearby points of interest. The GPS system, which doesn’t require a data connection to pinpoint your location, can be used by the app to orient your searches based on where you are. All this potential lies in the fact that the locations database is updated via the open platform OpenStreetMap, managed and constantly updated altruistically by its user community, which ensures the info offered by the app stays current.

What’s truly surprising about MAPS.ME is how precise its maps system is and how fast they load. Since it doesn’t include additional satellite layers or individual location entries for each place, its loading speed when you move around or do searches is almost immediate, on top of the considerable savings in space taken up by each map pack. Fitting all the geographical information for a country of half a million square kilometers into a bit more than 300MB is truly an impressive feat. Besides all that, it allows you to save favorites with markers, do category-based place searches (nearby pharmacies or gas stations, for example), check the distance between a particular point and your location, or share your coordinates with other users.