It’s true that the Android ecosystem is filled to the brim with RPGs, but in reality most of them are Asian-style games. Western-style RPGs, or CRPGs as they are sometimes known, have also carved out a niche in the free-to-play world of Android, but to a much smaller degree. Fortunately, by scavenging through the Android catalog you can occasionally come across hidden gems, like Occidental Heroes, a roguelike that’s reminiscent of the fantastic Battle Brothers. 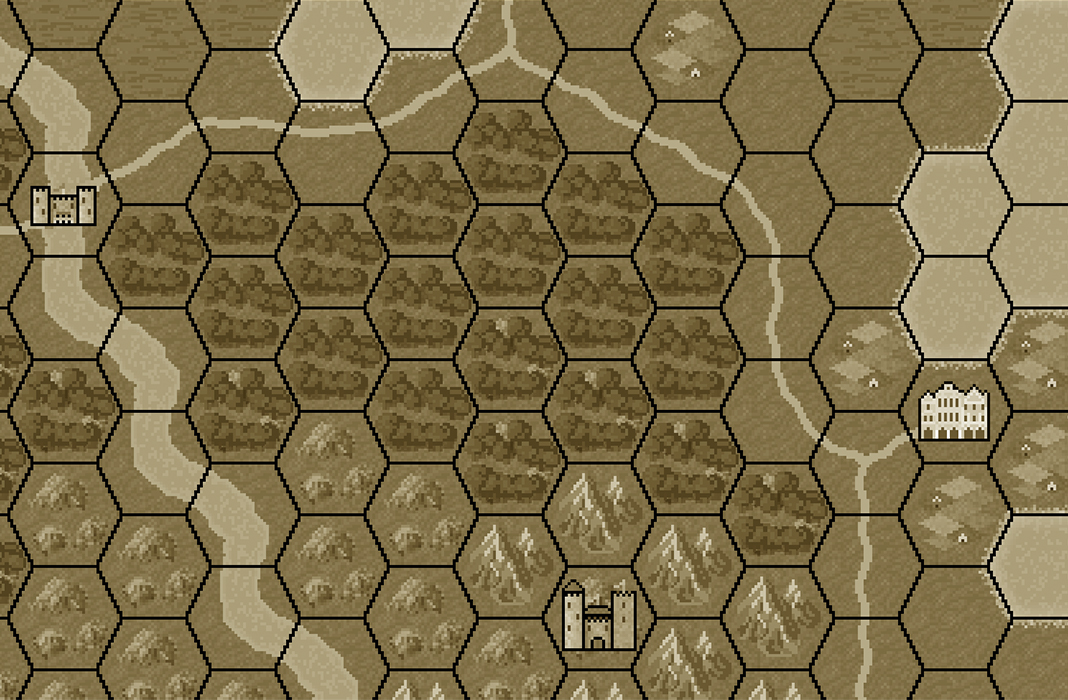 Some of you might be thinking that Occidental Heroes looks familiar after seeing a few images. That’s because it was previously known as Adventurer League Retro RPG way back in 2016, and it caused quite a lot of noise in certain corners of the web. There is even a guide to help limit your suffering in the game. That ‘suffering’ might sound bad to those who aren’t familiar with the genre, but really it’s nothing new. Actually, this game is quite accessible, much more so than its counterparts. 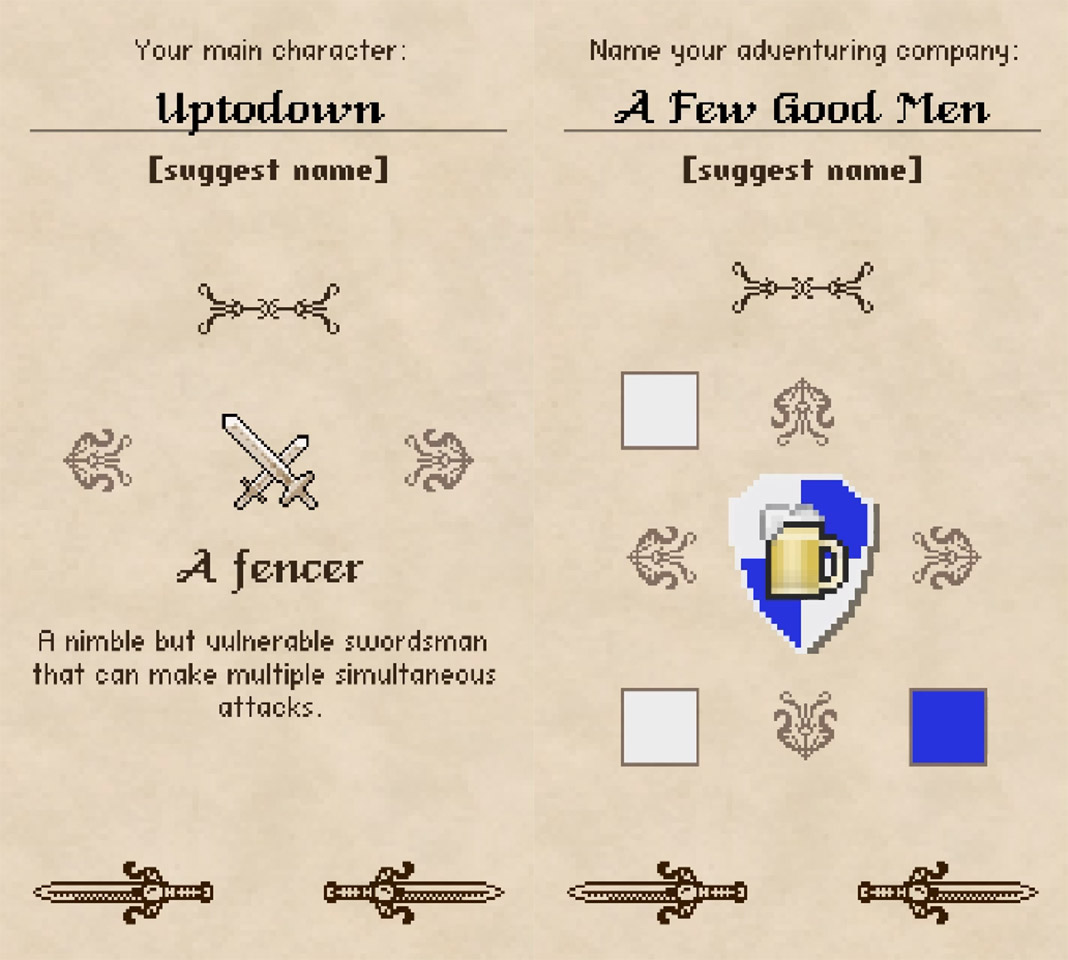 The game puts you into the shoes of a band of adventurers who can travel freely throughout the world. You can visit various villages, cities, and forts around the map, all while doing whatever it takes to survive: there are tons of missions that give you the money you need to continue paying your companions. The goals vary, from escorting a merchant to a new location somewhere on the enormous map to taking down an enemy that’s terrorizing some villagers. You are free to do whatever you want, whenever you want. That’s worth noting, since there aren’t many games that offer a similar experience. 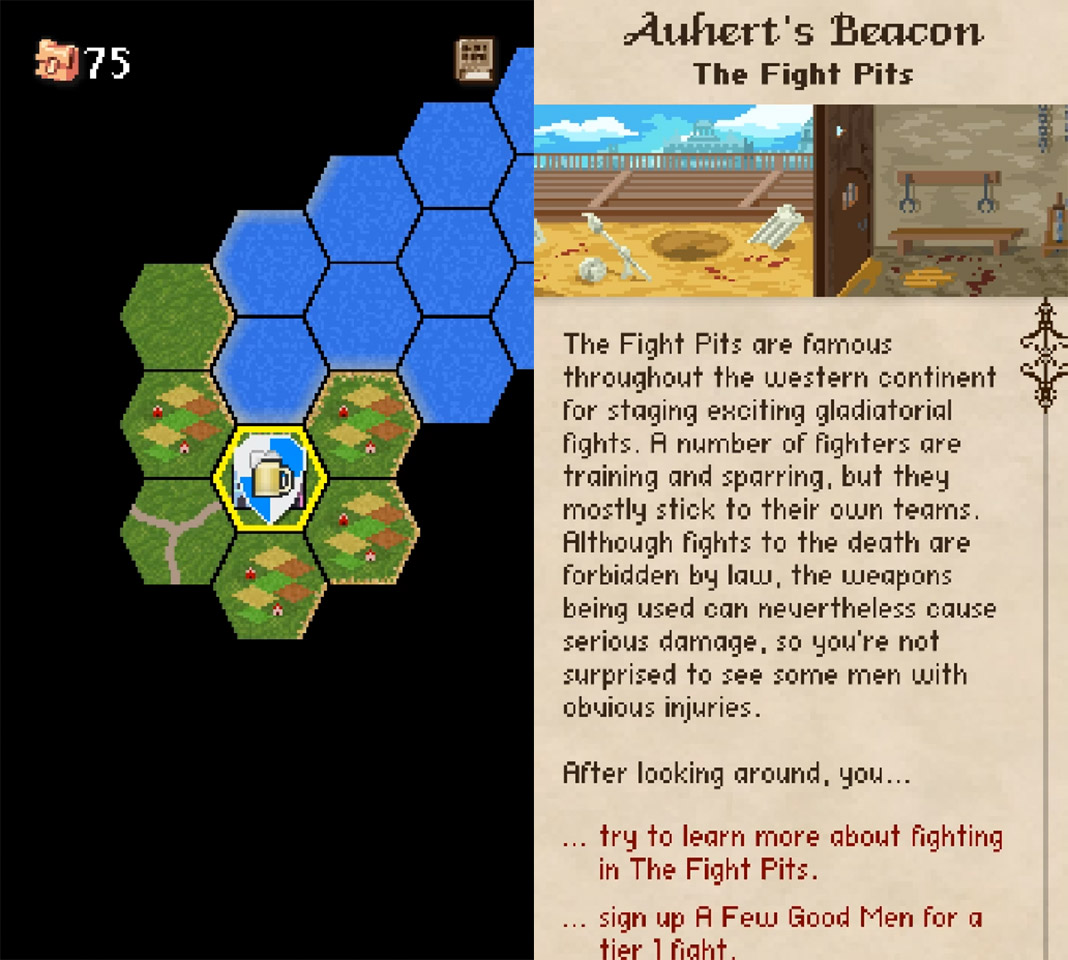 Keep in mind that you’ll be doing a lot of reading, even though the game’s simple graphics make it easy to travel around the fascinating world. Well, travel and read. As usual, turn based battles are a fundamental part of the game, and they take place on a battlefield filled with hexagons similar to Hoplite. You have to carefully manage your adventurers, since each one has their own stats, and one false move could mean permanent injuries that affect their performance for the rest of the adventure. Or worse, they could end in permadeath and a search for a new squad member. 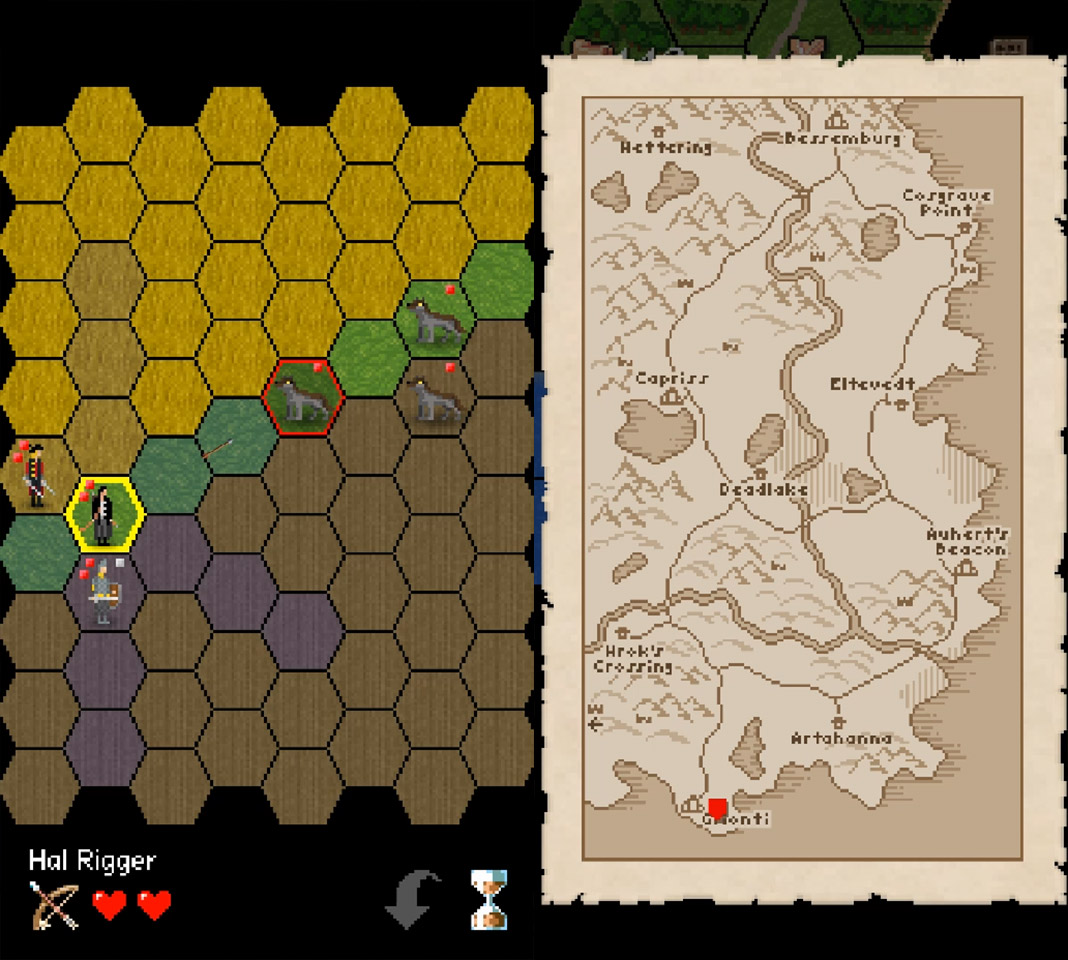 Finding Occidental Heroes was a complete surprise. The game has been bouncing around in Android circles for a while now, but we haven’t taken the time to check it out until now. Don’t follow our example and delay installing this great game. Fans of the genre will absolutely love this title, which joins the ranks of the greatest roguelikes on Android. One final tip: be careful with your rations, since running out is one of the easiest ways to end your journey early. 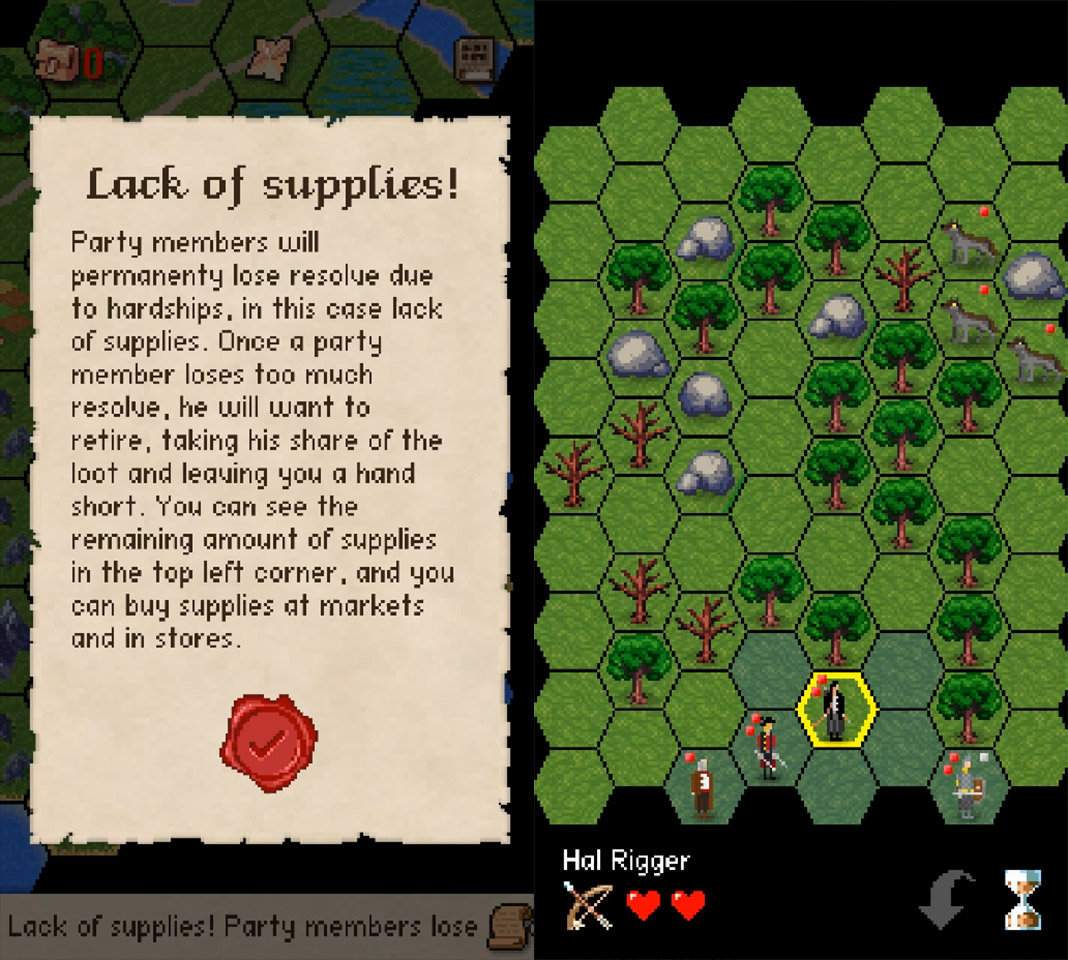