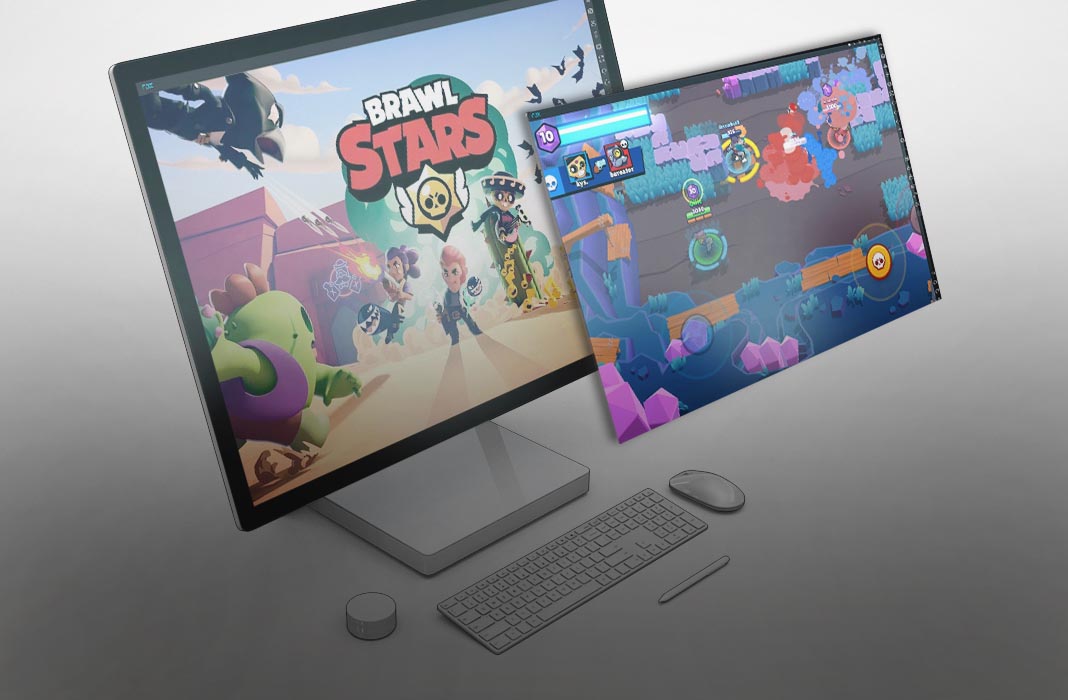 Running Android apps on your PC has never been easier thanks to the huge number of virtualization tools (VTs) available. NoxPlayer is one of the most popular VTs, given its wide range of compatible devices and the possibility to simulate tons of different versions of Google’s Android operating system. But, there’s even better news: from now on our official Uptodown Market app comes pre-installed on Nox so you can play any of the games from our catalog on your Windows computer.

NoxPlayer is well-designed for both first-time users as well as veterans. Beyond being able to navigate its interface just like you would on a real Android smartphone or tablet — when it comes to controls, you’ll also get an extra slew of features. For example, whenever you’re playing games like Brawl Stars or Free Fire, you get a default mapping system for your controls that set you up with a keyboard and mouse control without the need to use an external set up like an Xbox gamepad. Plus, there’s a multitude of additional settings for you to toggle in order to customize your experience even further. 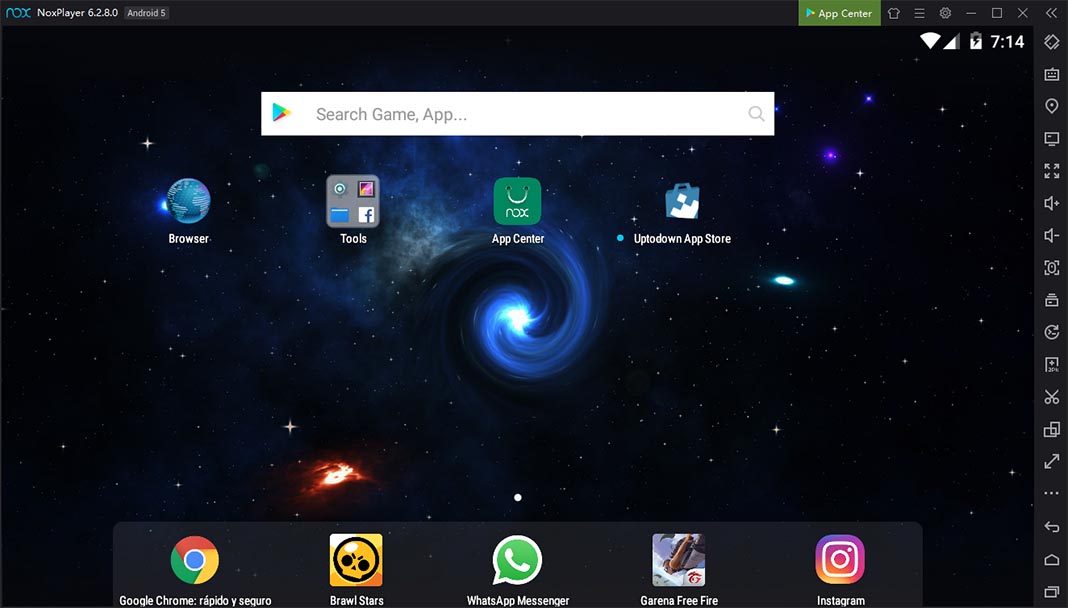 Some titles include their own special selection of features to optimize configuring your settings. For example, if you’re looking to launch PUBG Mobile, a new settings menu pops up where you can improve graphics quality far beyond what the game itself would usually include by default. If you choose to increase vantage point distance, and you’ll end up with a visually-optimized version of the game that almost equals its original desktop version.

But where Nox truly stands out from the crowd (in terms of its other VT competitors) is amongst hardcore power users. In terms of compatibility, it successfully emulates Android 4.4.2, 5.1.1 and 7.1.2. In fact, one of its main assets is the ability to port games from Android Nougat — a feat few of its rivals have managed to accomplish. Plus, if you have a robust CPU, NOX allows you to select one of several different options in terms of virtual hardware choices. From the main settings menu, it’s up to you to configure the nucleus, and RAM as well as device resolution — and your choice of rendering methods for graphics, of course. 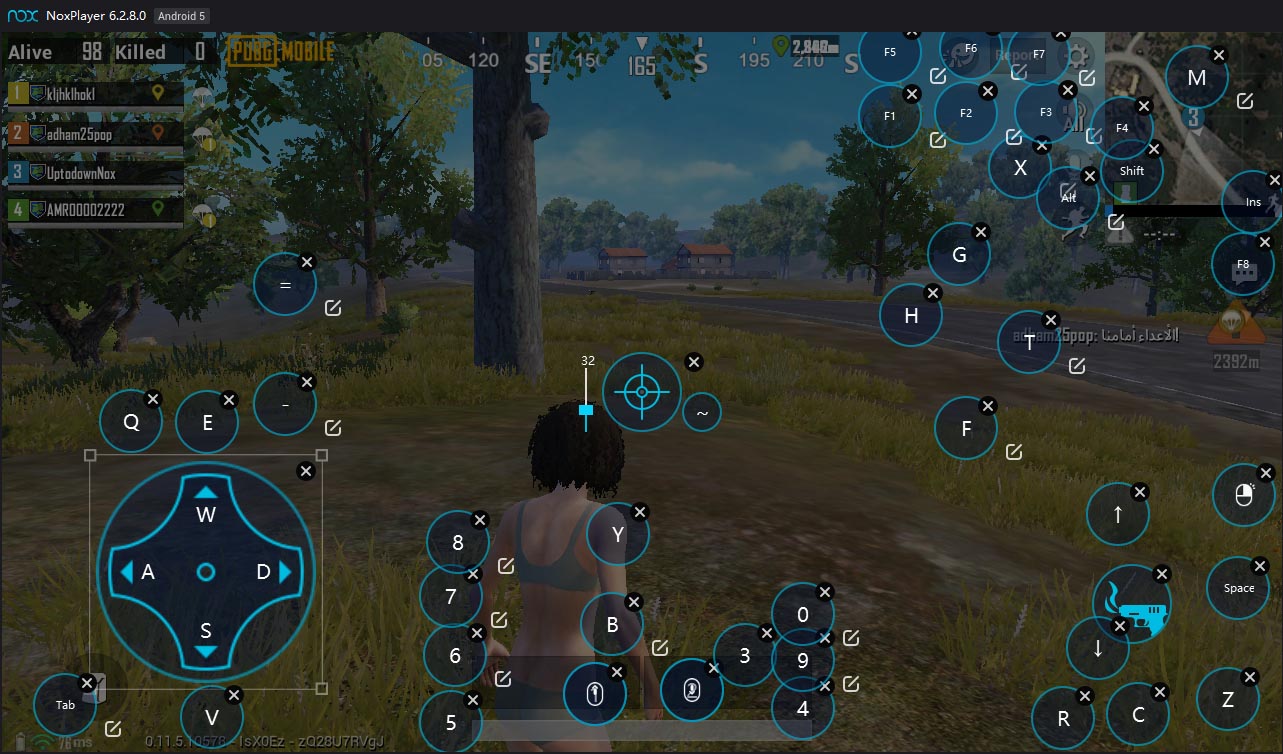 Another feature that power users have come to expect from Nox is its multi-instances windows. In essence, thanks to Nox’s superior design, you can run several different virtual devices simultaneously to optimize your games. Launch several versions of Nox, each with a different operating system running simultaneously, and optimize its synchronization or create macros to automate certain tasks. Plus, you can set up options to further optimize rendering for this given set of conditions so your system won’t get bogged down by running simultaneous processes.

In fact, let’s take a closer look at rendering. We tried out a few games to check how much of your system resources Nox requires, and the results were beyond satisfactory. When running Free Fire in a 1280×720 window, RAM consumption never went above the 300MB threshold, and CPU consumption hovered just below the 20% mark. In this case, the desktop setup for this test was an Intel Core i5-7600K 3.80GHz with 16GB of RAM, while running Windows 10. 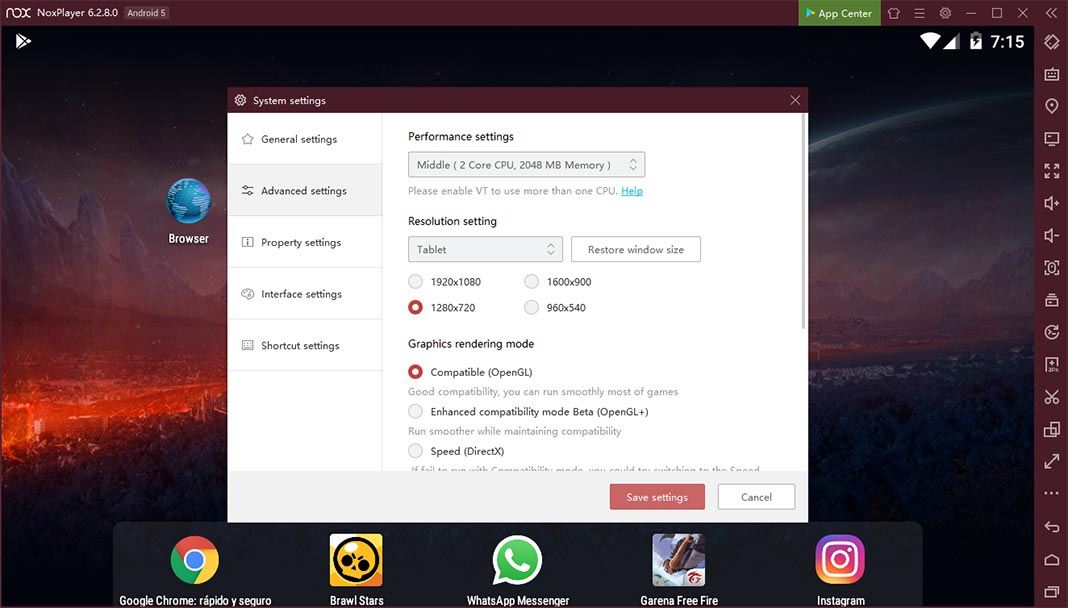 In terms of performance, NoxPlayer works seamlessly on a high-end PC. We set the frame rate at 60fps for the games that can run at that level. A handful of titles are practically on par with PC-native game performance when run in full-screen mode. In fact, a lot of the gameplay videos we publish on our official YouTube channel are cut straight from NOX and the results speak for themselves.

When it comes to integrating Uptodown, there’s a direct desktop shortcut to our marketplace, that works just as if you were using it from a ‘real’ device. Use it as your main marketplace to install and update apps without any geo-locks or hardware restrictions.

NoxPlayer is one of the top Android virtualization tools on the market. Its main asset is the ability to smoothly run Android 7 Nougat, its multi-window features and the surprisingly low amount of system resources it takes up in comparison to its other competitors.