Home Software Reviews Notepad++, much more than a simple notepad 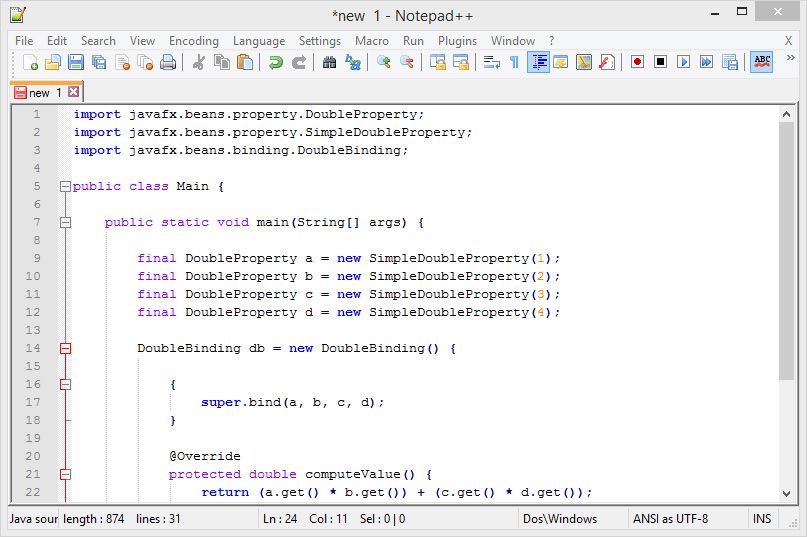 The sturdy old Windows notepad is the most popular plain text editor in existence, and although it’s terrifically useful, it’s a bit too simple. Now imagine that you take Notepad and add features from a development environment with support to more than 50 programming languages, the option to integrate all sorts of plugins, and an enriched interface that’s adaptable to the type of the document that you’re editing. That’s what you get with Notepad++.

For practical purposes, this free GNU-licensed tool is no more than an unformatted text editor. Its appeal lies in the way it displays said documents, since Notepad++ can format the project that you’re working on, making it an all-purpose tool for developers and programmers in nearly all areas. It can color your text based on the format of the expressions written in certain programming languages, and even detect the syntax of the code and allow you to drop down and retract individual segments of code. In fact, it has tools from complex IDEs such as autocomplete or autodetect for brackets, keys, and other closing characters in case you have an extra (or missing) one. The program supports a variety of languages, from C++, Java or PSP to HTML or CSS, as well as languages and scripts with a specific purpose such as Matlab or Haskell. Obviously it can never replace the features of multidisciplinary development environments such as Eclipse, NetBeans, or Visual Studio, but it’s precisely its simplicity and wide compatibility that gives Notepad++ its edge. It’s not necessary to load the heavy IDF to make a pair of fixes on your webpage’s style sheet or review your Java codes for a college course. Nevertheless, Notepad++ can function as a debugger and even a compiler thanks to its enormous customization options and the community-created plugins that you can access from the app itself. In fact, there are ones as useful as NppJavaTools to compile and run code written in Java (with JDK previously installed) or CCompletion to enrich the autocomplete and code correction for C and C++.