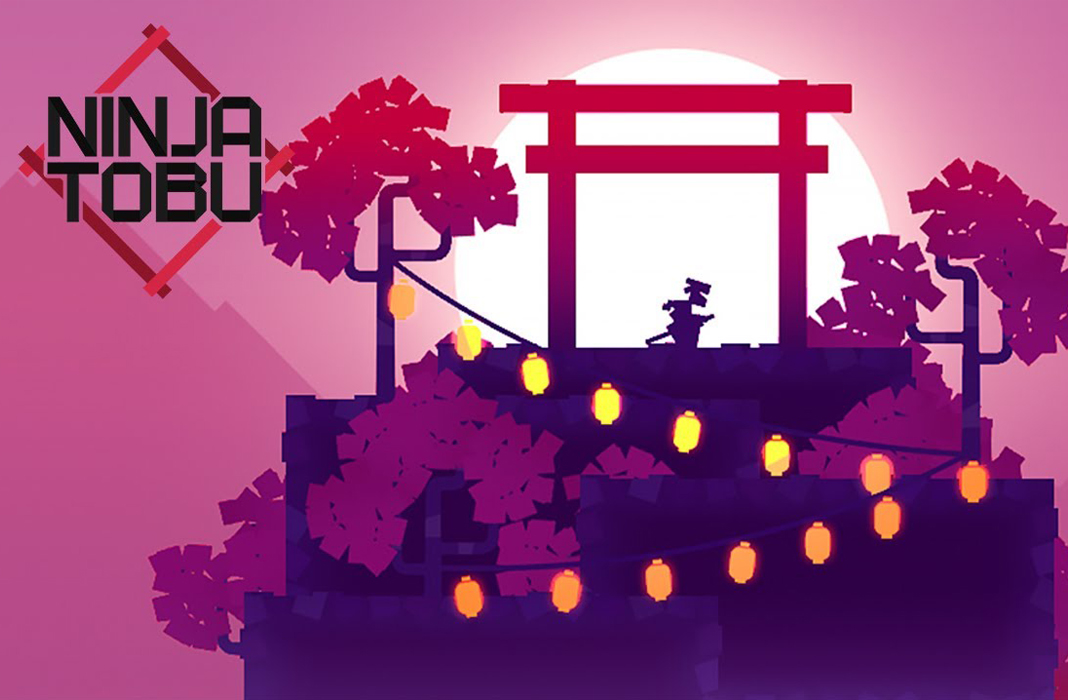 There are some smartphone games that can get you hooked from the very first time you play, starting a love affair that can last for years. Ninja Tobu is one of them, thanks to its gameplay that’s as simple as it is exciting and the Machiavellian design of its levels. You’ll only need to try it once to fall in love with this CerebralFix production forever.

The game’s concept is simple. You play a ninja and you have to make your way up through vertical levels full of obstacles, traps and enemies. You’ll use the touchscreen to mark the direction and distance of your character’s jumps. As in any good ninja platformer, you can perform a double jump that can help you adjust your trajectory in the air and dodge the obstacles. You just need to make sure you always land on a surface without spikes, either vertically or horizontally, before you can jump again. 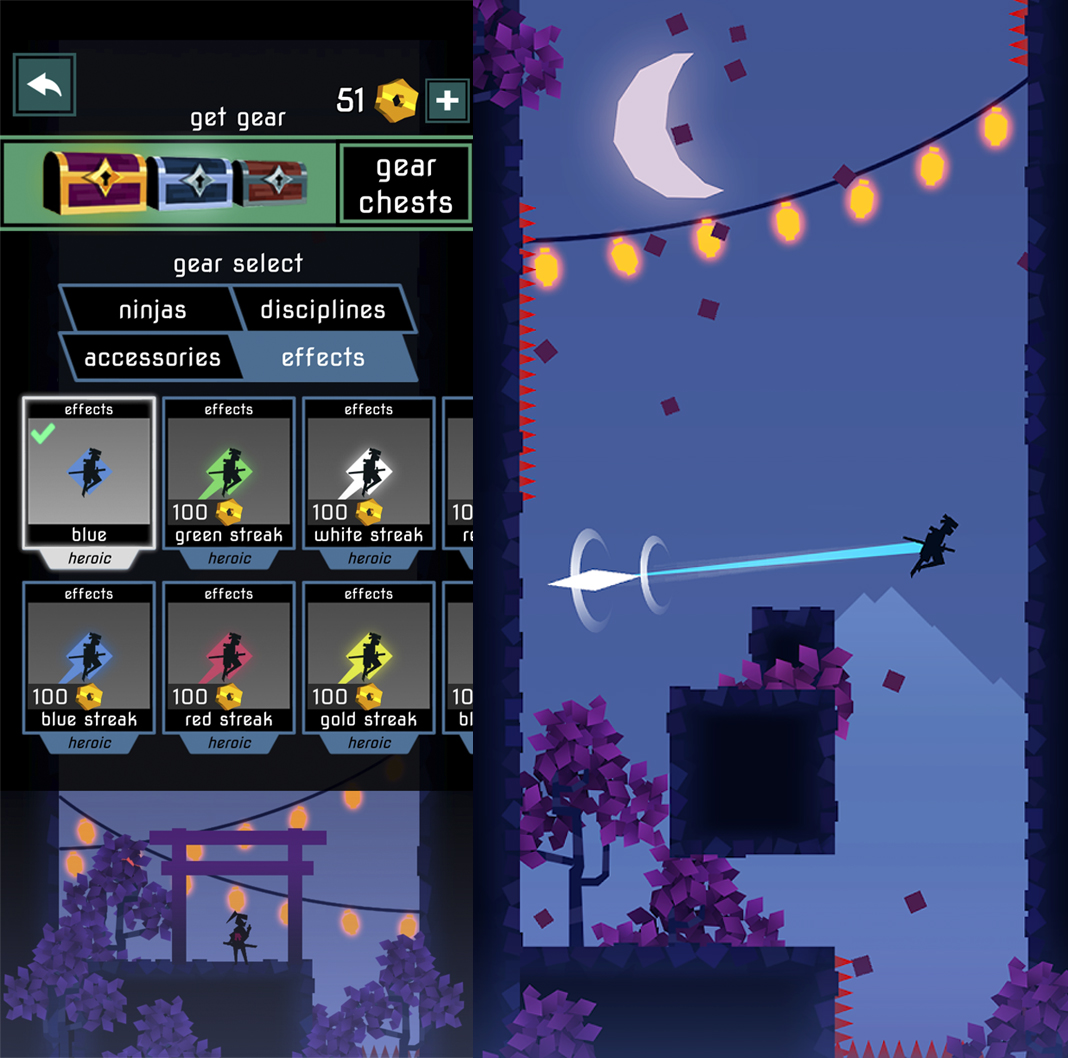 It sounds simple, right? Well, it won’t take you long to discover that there’s more to this game than meets the eye, thanks to the design of the levels and the different routes you can take in them. You know what they say: “the greater the risk, the greater the reward.” By dying over and over again, you’ll discover shortcuts and alternative paths to conquer even the most challenging levels.

The many different enemies in Ninja Tobu

In addition to the traps, you’ll come across a variety of enemies throughout the levels, with different behaviors. The samurais, for example, will use their catapults to throw you through the air, while the arquebusiers won’t hesitate to shoot you as soon as you get close to their field of vision. To take them all down, you’ll need to use stealth to attack them from behind, in pure ninja style, of course. 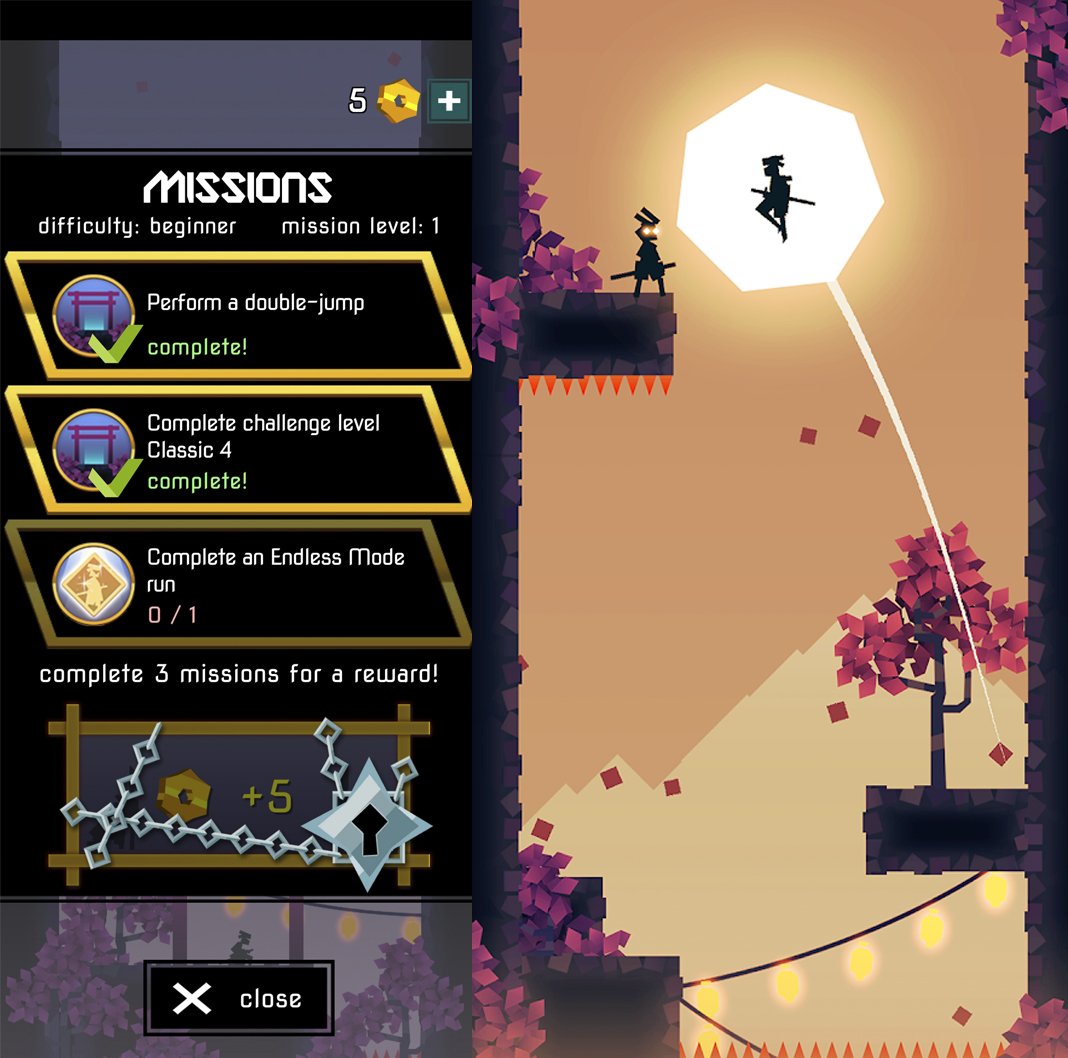 Ninja Tobu offers several different game modes. Endless mode gives you unlimited climbing in search of the highest score possible, and is the most direct and fun option if you want to play a game without any sorts of complications. On the other hand, Challenge mode gives you an increasingly difficult succession of levels, where your objective is to reach the end. In this game mode, you’ll be able to choose between two categories, Classic and Wastelands. However, the latter is only available to the most agile ninjas.

In Missions, you’ll find a variety of challenges that will reward you with gold coins. These coins are the key to unlocking all the treasures that await you in the fourth and last option of Ninja Tobu’s menu: Ninja Gear. Here, you’ll be able to exchange the coins for new abilities for your ninja, visual effects that will increase the epicness and elasticity of your leaps and, most importantly, new characters. 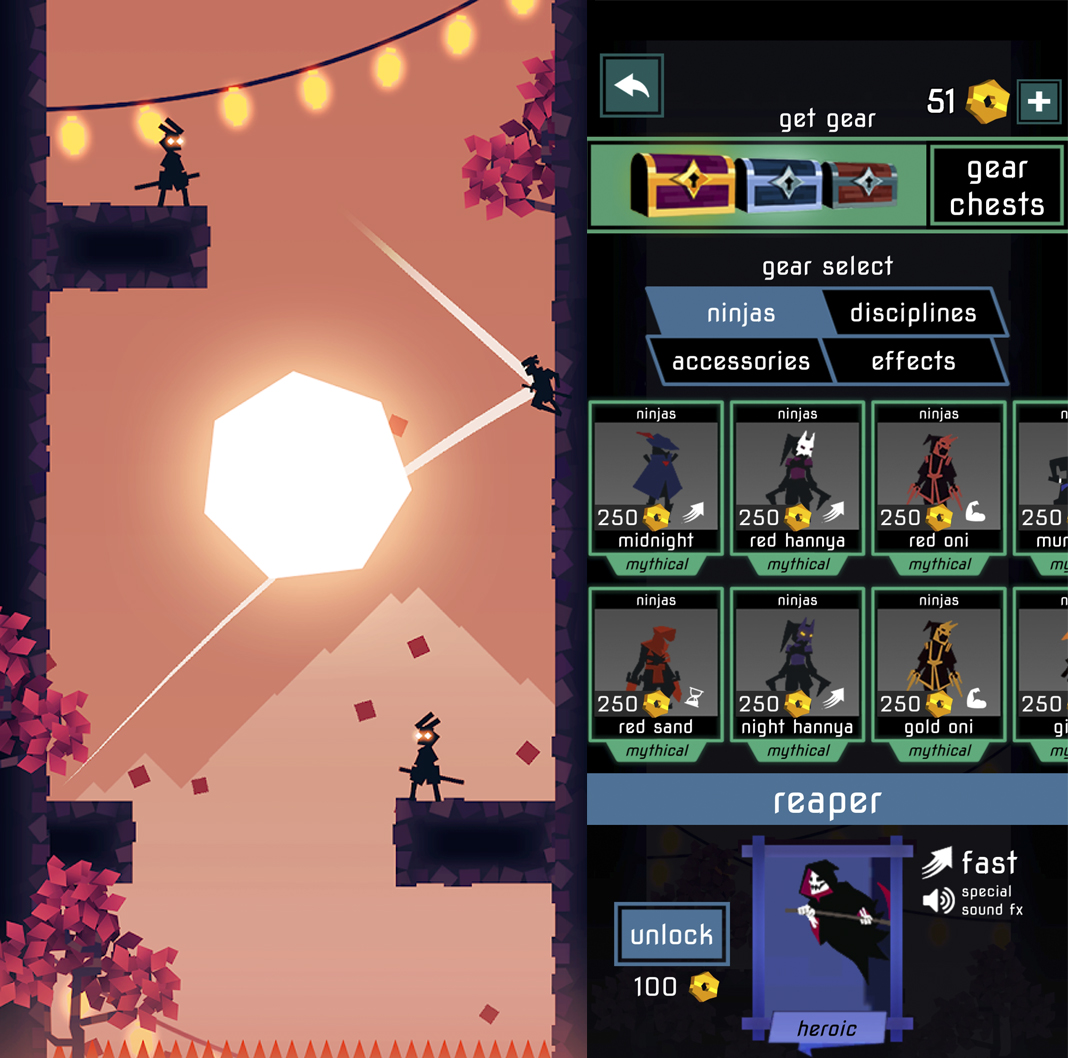 These extra characters offer much more than a new look; they also come equipped with their own unique abilities that you’ll be able to use to overcome even the most complicated levels. Some characters display greater agility and speed when it comes to climbing walls, while others have enough strength to face the samurai without batting an eye.

If you like this review, download Ninja Tobu, which is completely free —although it lets you skip levels and get extra coins in exchange for watching ads— you can be sure that it’ll hold a spot among the rest of the icons on your Android device for a long, long time. It’s fun, simple, and you can hold your phone and play the game with just one hand. Your morning train commute will never be the same again.