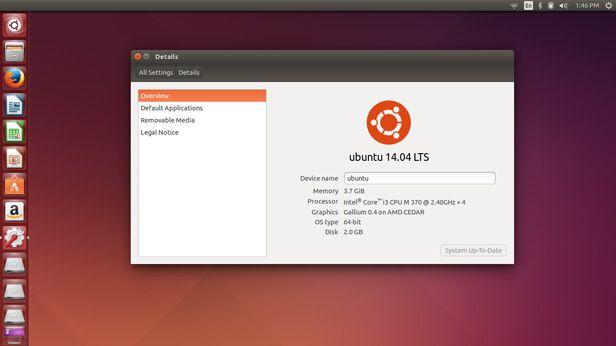 Like every April, this month has brought us a new version of Ubuntu, in this case a Long Term Service edition, that is, it will have extended support for five years compared to the standard of just 9 months. In other words, this is an essential version for Linuxers who have been using the 13.10 distro or earlier and want to have a longer life-cycle for their operating system.

What does Trusty Tahr include?

Although each of the different flavors (Kubuntu, Xubuntu, and other distributions) includes its own features, the common novelty for all of them is the regular updating of both the kernel (Linux 3.13, Mesa 10.1, and Xorg 1.15) and the classic integrated tools such as the Firefox 28 browser or the office IT suite LibreOffice 4.2.

To focus on the main version of Ubuntu, the latest update of Unity working on Gnome 3.10 includes new features in the user interface, providing new customization options for the launcher, which it’s now possible to hide or define the way it pops up. You can access the new options from System Configuration > Appearance > Behavior. One of the most interesting options is that now you can reduce the panel icons down to 16 x 16 pixels.

Besides that, the lock screen has been redesigned and the window borders removed from the most common visual themes, giving a much more elegant touch to desktop navigation. Another of the most important features is the support for the monitors with HiDPI resolutions over 1080p, and can even adapt the interface to a resolution of 2560 x 1714.

Depending on how you’re going to use your operating system and the nature of the computer you’re using, you’ll have a variety of possibilities when it comes to selecting which version you want, each with its own improvements and changes.