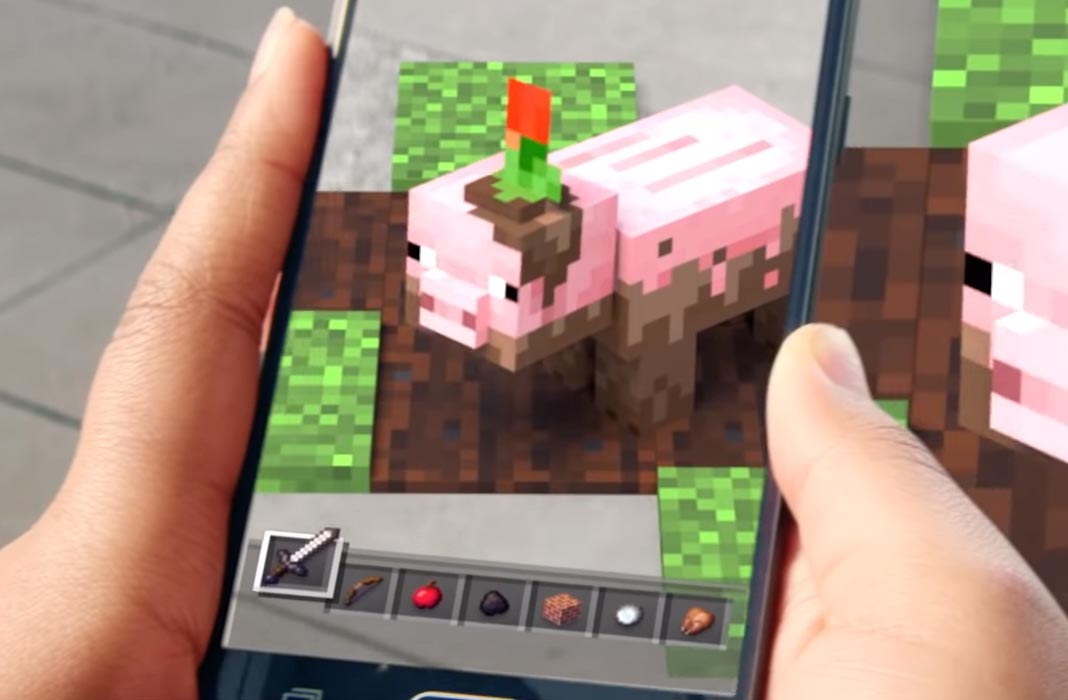 One of the telltale signs that time inevitably passes by and we’re destined to wither with age is the fact that Minecraft is turning 10 years old this upcoming 17th of May. To celebrate such a milestone, Microsoft has announced an event that’ll trace the route that this product will follow during the next few months. There will also be a presentation of what seems to be a new version of Minecraft for your smartphone that’ll use augmented reality.

The company ended one of the Microsoft Build 2019 conferences with the following video, which presents what seems to be the new version of Minecraft in a really cryptic way. In this new version, you’ll have to use your smartphone to interact with game elements through augmented reality. These are only speculations at the moment because they don’t actually specify if this is a new exclusive game for smartphones or an accessory for already existing versions.

If we go back in time, you’ll quickly realize that this isn’t the first time that the company adapts the game to this type of technology. In 2015 (which feels like ages ago) a demo technique was launched. This was similar to Minecraft AR and used Hololens technology. We’re talking about Microsoft’s virtual reality glasses, which haven’t even reached the market due to their high cost of production that’s higher than their already established peers. Likewise, PC and game console clients are already compatible with different virtual reality glasses in the market, although we’re talking about something that’s completely different.

Different media channels claim that the ad could also be talking about an augmented reality game that’s more along the lines of Pokemon GO since users are shown walking around the street while they interact with different game elements. That makes a lot of sense if you think about it since Niantic is at it again and creating expectations in the subgenre thanks to the upcoming launch of Harry Potter: Wizards Unite. But, all our questions will be answered in just a couple of weeks.

There’s finally a light at the end of the tunnel for Harry Potter: Wizards Unite