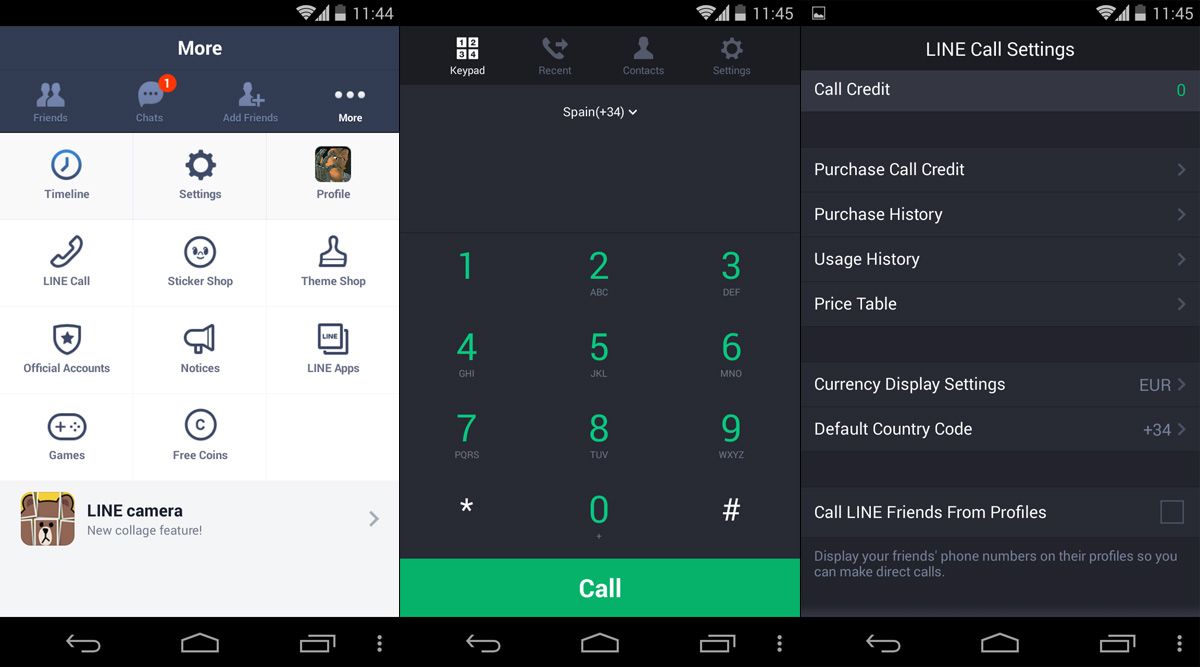 The LINE instant messaging service has just updated its Android app with a new feature to make VoIP calls to both landlines and mobiles from the app itself at quite cheap rates. This feature has been launched in the US, Japan, China, Thailand, Spain, Mexico, Colombia, Peru, and the Philippines; in these countries and in others not affected by update, the option for LINE users to make free calls between themselves still remains.

Their official webpage presents three available options to enroll in a price plan: by buying call credits to be used based on the different rates applicable to each country, through a monthly subscription plan that makes the price per minute even cheaper, or using LINE coins that have until now been used to buy stickers and extra features, which now convert at a rate of one LINE coin to two call credits. Once you update the app to version 4.1, you’ll have a new option in the tools menu in the “More” drop-down panel, when you’ll find the LINE Call section. When you go in and have accepted the terms of use, you can make VoIP calls with an interface similar to your Android device’s own call function, with the added benefit that you can see which of your contacts use LINE, and calls to them will be free.