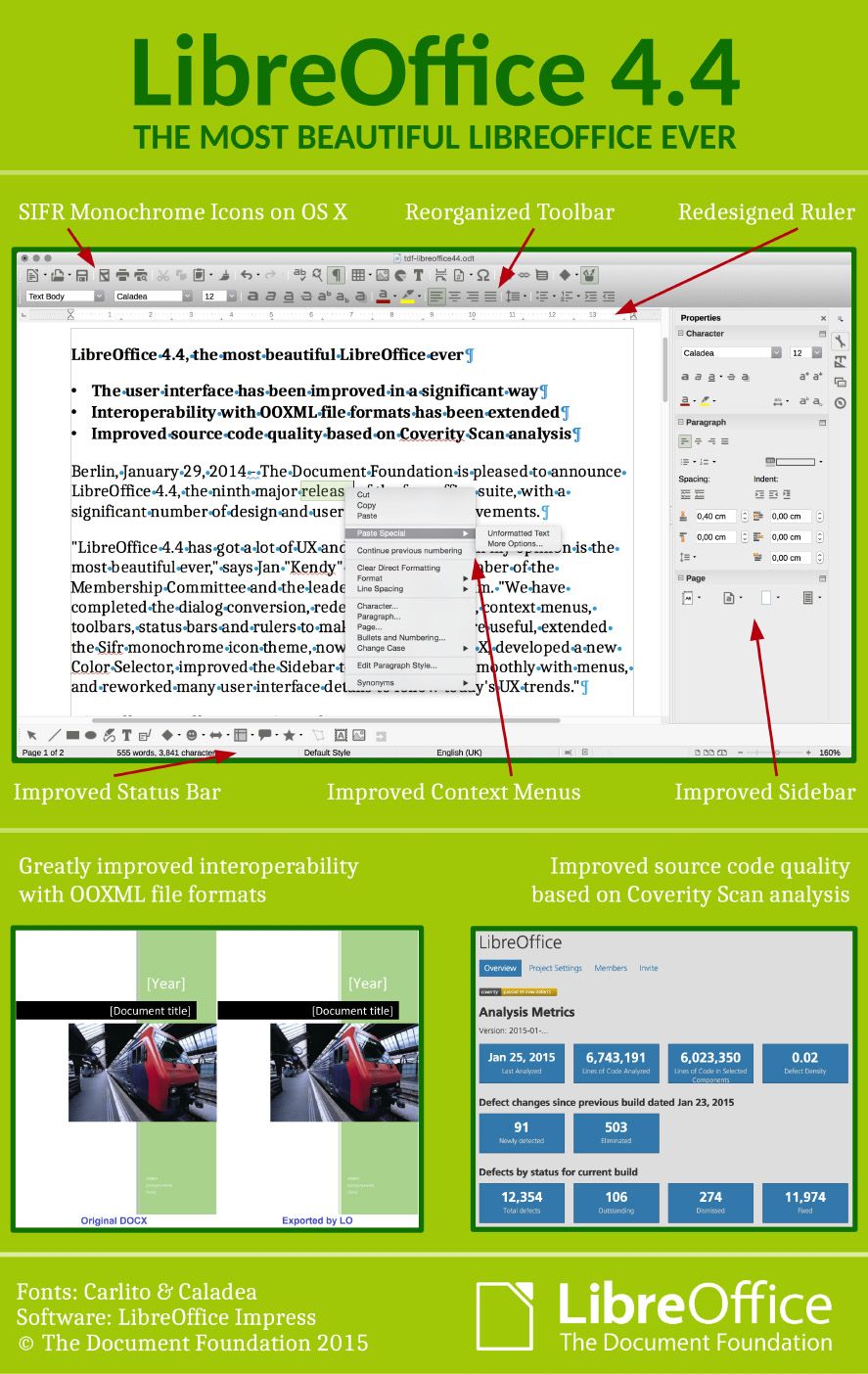 Even today there are some erroneous preconceptions about any free office IT suite that’s not the ubiquitous Microsoft Office, with many users worrying about compatibility and ease of use when in reality these days the situation is practically the opposite. In many respects, the free office IT package LibreOffice has begun to outdo its paid counterparts, and its latest version 4.4 gives a tune-up where it was much needed: its interface. Here are 20 LibreOffice features that aren’t included in Microsoft Office.