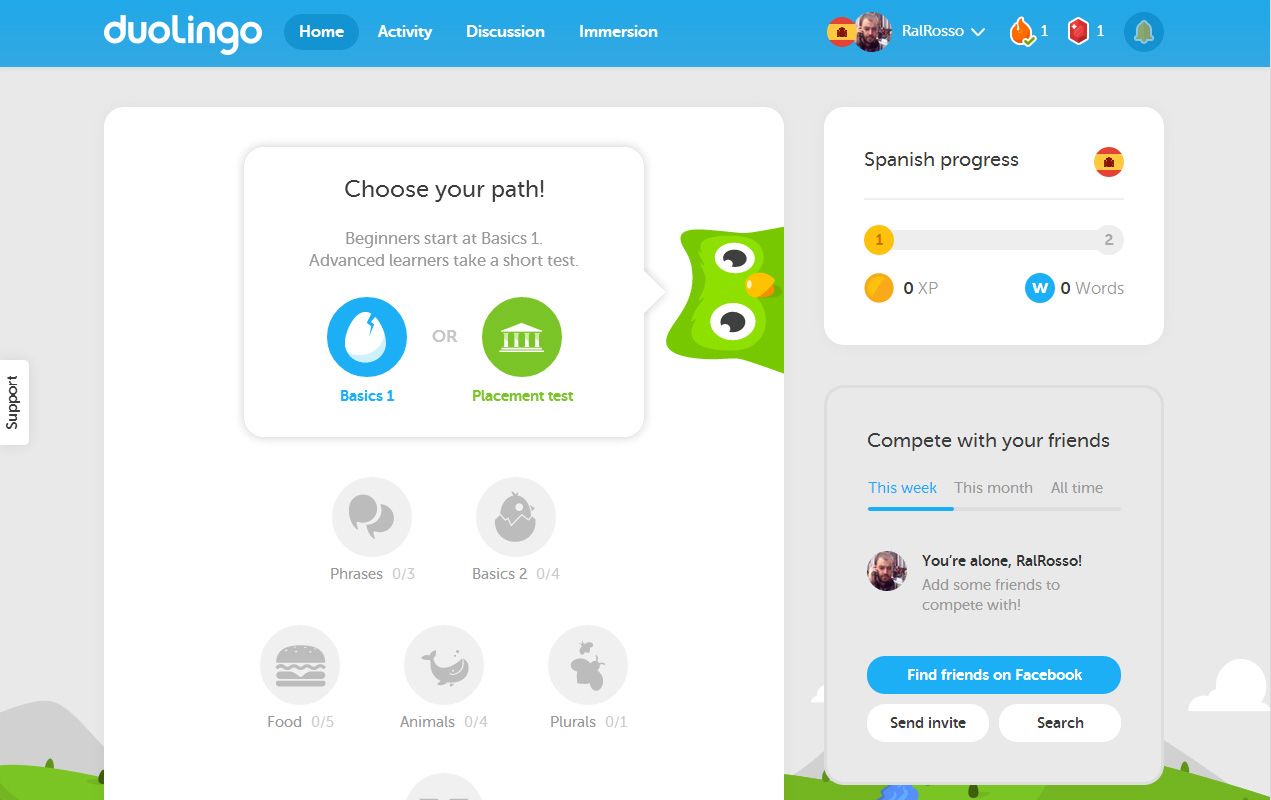 Within just a few months, the Duolingo platform has become a reference point when it comes to learning languages in an entertaining, progressive, and free way. Its business model is based on crowdsourcing, in which a community of users can learn languages by translating texts for others, meaning that its biggest appeal lies in self-sufficiency thanks to the collateral service it offers.

Officially launched in mid-2012, the platform could almost be considered a fun video game in which you advance while you learn by taking knowledge tests. The system has enjoyed an enormous takeup, having won, in less than two years, more than 20 million registered users, of whom nearly half are active. The learning process is based on passing small quizzes with various types of questions ranging from writing to pronunciation to sentence composition. With each quiz, you’ll accumulate experience points and advance to higher levels. In addition, you’ll have a series of “lives” that you can lose if you can’t answer a question correctly, and you’ll have to wait to regenerate them before trying to take the quiz again.

Another attraction is the aforementioned option to participate in translations. You can send your own texts so that other users can translate them in snippets, and can also access other texts yourself and collaborate in translating them or give a rating to other people’s translations.

The platform offers multidirectional courses, meaning that for example you can do courses in both English to Spanish and Spanish to English. Currently there are 18 language combinations: from English you can learn Spanish, French, Italian, German, and Portuguese.

Duolingo can be used from both its webpage and its smartphone app, and you can even set it to send you reminders if you don’t log on within a given amount of time. You’ll get bonuses if you’re regular with your learning, and you can see progress tables with your achievements as time goes on.

LingoDeer is the Duolingo-like app for learning Chinese, Japanese, and Korean

Ten apps that use gamification to make any task more rewarding