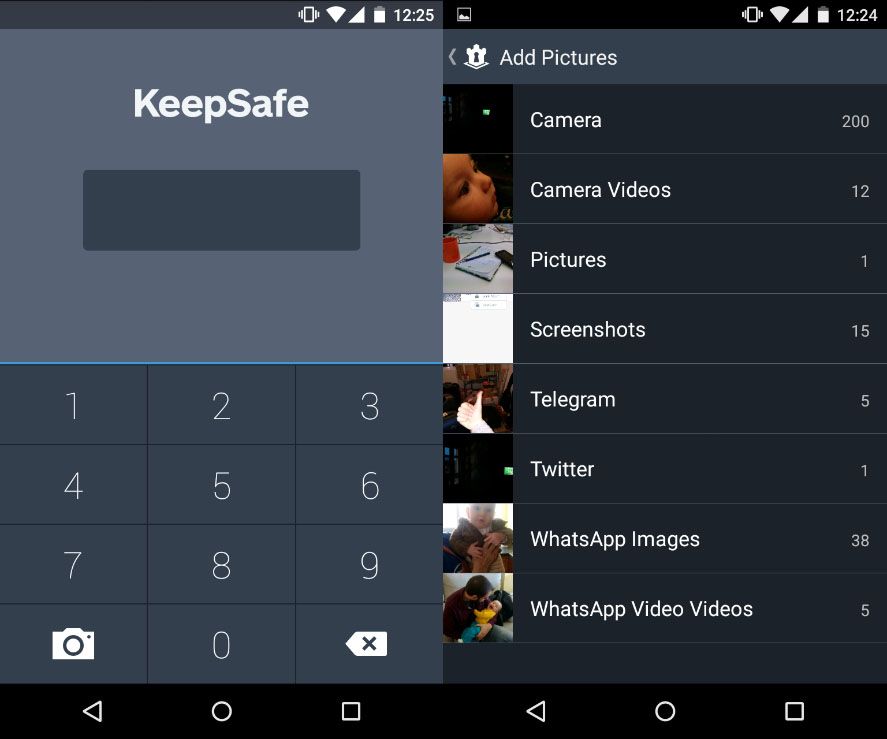 Although it’s a highly inadvisable practice, it’s nevertheless clear that loads and loads of people keep private photos on their smartphones. Luckily, to keep anyone from seeing them accidentally, there are tools out there like KeepSafe that can hide selected images from your Android gallery.

The first time you open the app it will ask you for a 4-digit PIN to associate with your device as well as an email address to recover the code if necessary. Thus, the only way to get to the administration menu for your images will be by entering your PIN. While earlier versions of the tool simply moved the content to a hidden folder on your internal memory (making it correspondingly easier to hack), it’s now much more secure. In fact it would be practically impossible to come across the images unless someone stole your device and spent a long time trying to unlock it with techniques that aren’t likely to be successful in any case. When you go into the app, you can create private galleries based on images you have on your device, such that all the photos you want to transfer will disappear from your public galleries and you can only view them through the app until you either delete them or make them public again. You can even organize them into various themed albums.

The free version of the program is fully functional and includes all the aforementioned features, but the Premium version tops off your ability to keep the photos safe with options to camouflage the KeepSafe app itself behind a totally unrelated app icon, or create a decoy password for ‘fake’ hidden galleries should your partner force you to show what you’ve been hiding (which should cause you some rather serious concerns about the health of your relationship, I must say). You can get all these features for the Android version for €/$5 a month, with options for longer subscription periods that offer discounts on that rate. In the short term, you’ll get a free month of the advanced features, anyway.

Five apps to hide the pictures on your smartphone