Nowadays, we’re used to and almost expect to see videogames for smartphones and tablets based on movies. One of the latest to add its drop of water in the ocean of official videogames is the new movie Jumanji, with JUMANJI: THE MOBILE GAME. Luckily, they didn’t go down the typical path of making a generic action game, but instead, have embraced the roots of the movie: a PvP board game that’s wildly fun. 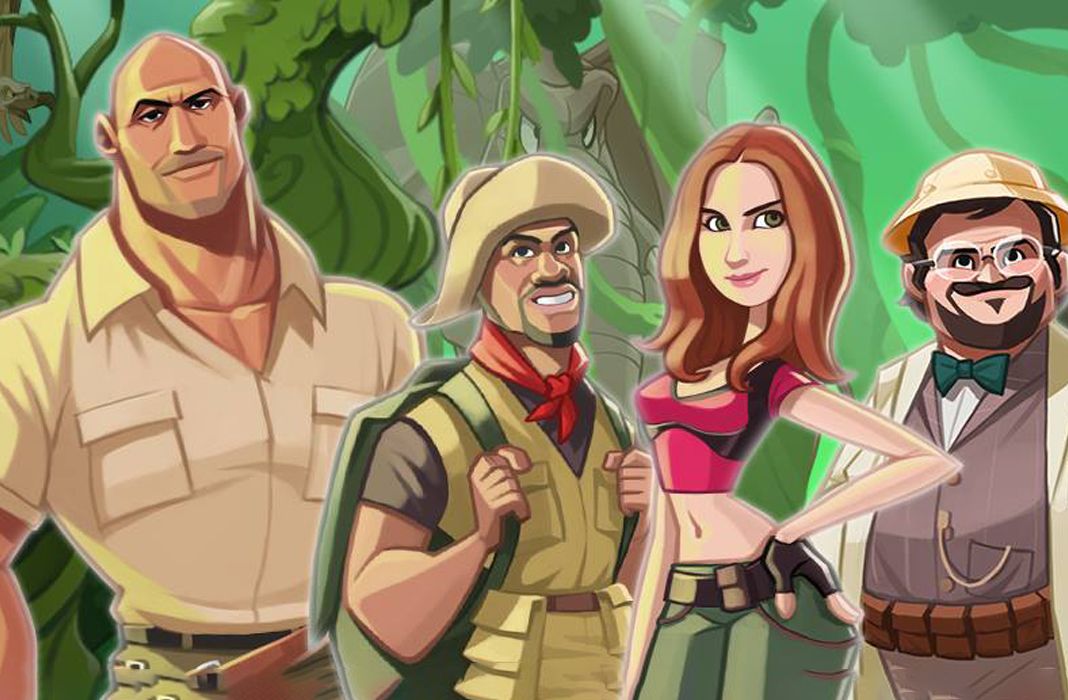 We have to admit, the new Jumanji movie doesn’t look all that great, although the original movie wasn’t exactly a work of cinematic art either (no matter how much our nostalgia and the funny Robin Williams make us want to remember otherwise). But this videogame is interesting, given that it’s sort of a mix between your run-of-the-mill Monopoly and a standard deck creation system which we’ve seen in a thousand different Android games. 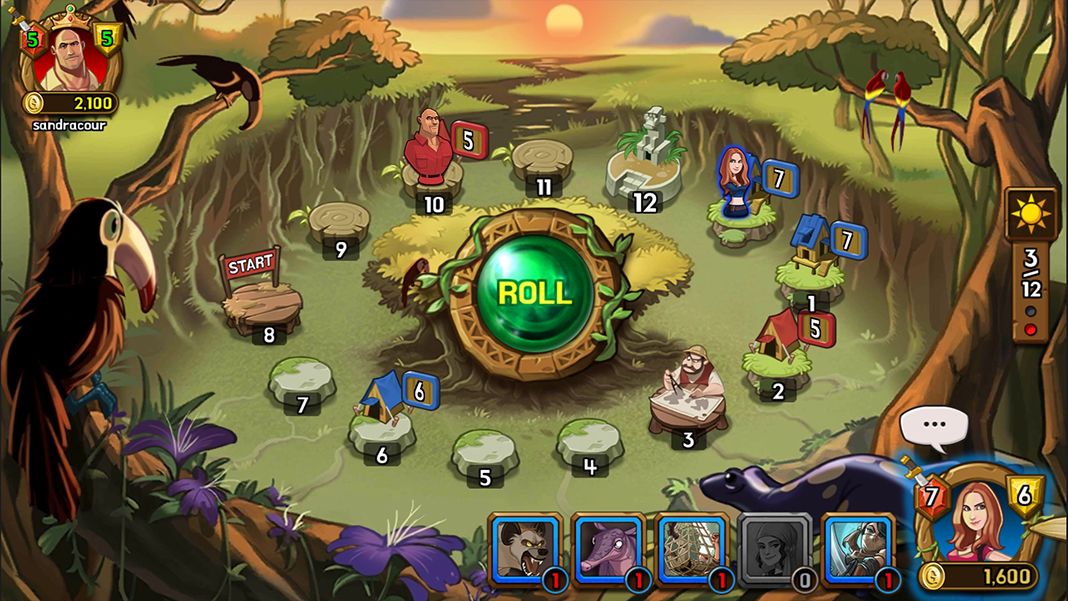 Each round is played on a board with 13 spaces, including two special ones and one exit. There are two different ways to win: by defeating your rival or by constructing three neighboring buildings. Each building costs you gold, although you’ll get it back every time you pass by the exit. Basically, you could say the game involves throwing dice, constructing buildings where there’s space, and more dice throwing. As usual, the luck factor is huge, but you also have the different cards from your deck to help you balance out the amount of luck you need. 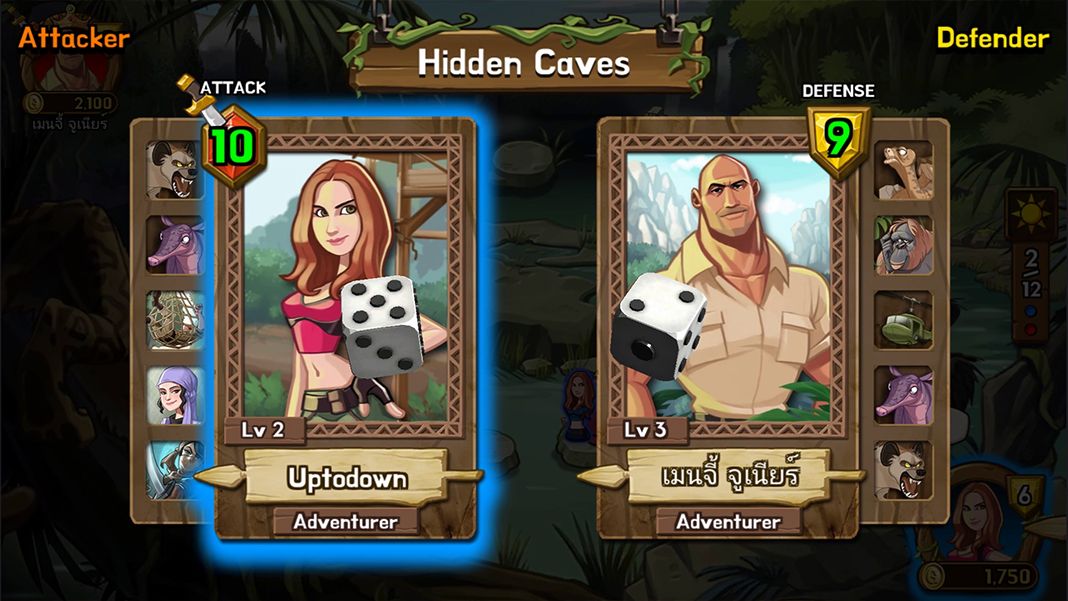 Now that you have a good idea of what the game’s about, we’ll get to how you build your deck. Cards are classified according to cost and rarity and can be leveled up once you reach a minimum. And you also have the ever-present “chests” that you unlock with time or with gems, although in this case, they’re backpacks to stick with the game’s story. The interesting thing is that your character can also level up when you get his/her cards and you also have multiple characters to control. Each character has their own skills and come directly from the new movie: Dr. Bravestone, Professor Oberon, Ruby Roundhouse, and Moose Finbar. 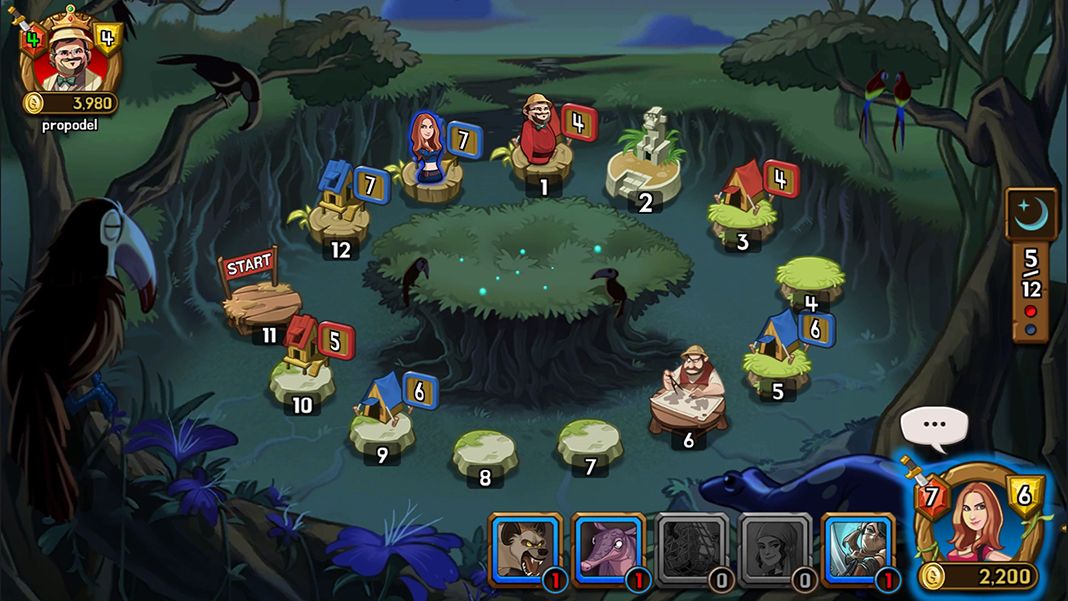 Turns out, JUMANJI: THE MOBILE GAME is surprisingly fun to play. It’s surprising because these types of licenses aren’t usually as well-made as this new videogame, which has been designed with care and a balanced rule system to make the PVP confrontations especially entertaining. Five-minute rounds that have you climbing the rankings and letting you discover new maps in the game. All in all, a pleasant surprise.

JUMANJI: THE MOBILE GAME for Android on Uptodown [APK] | Download