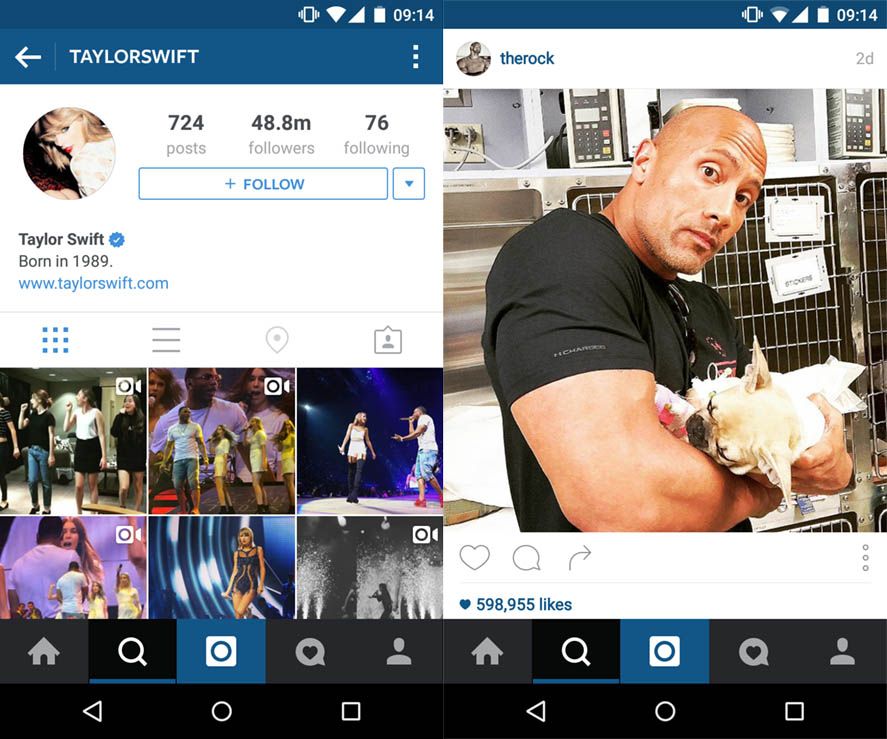 Today we continue with our friendly jaunt through the apps most used by kids in an attempt to help parents better understand the technological environment that’s flourished so suddenly in recent years and that’s often difficult to make sense of. In our first article we discussed what YouTube is all about, and here we move on to the social network for beach photos, gin-and-tonics, and pretty sunsets. Ever wondered why are your kids compulsively taking so many selfies? They’re probably on Instagram.

We’re going to reduce the concept to its simplest expression so anyone can understand it. Instagram is a place where you can post photos and short videos to be viewed by any other user, with the added benefit of being able to apply effects to the images to make them look better. You can follow specific users to see everything they share as soon as they post, and other people can follow you; they’re called ‘followers’ and they are the barometer by which an Instagramer measures their levels of fame. Celebrities dominate the rankings of accounts with the most followers on Instagram, with the top three being Taylor Swift, Kim Kardashian, and Beyonce with 48, 47, and 46 million followers, respectively (data extracted from Socialblade). This is unequivocal evidence that the social network has gone far beyond a mere social network to become a promotion platform for all sorts of artists.

In terms of usage, Instagram is most often used via its official apps for iOS and Android, although it also has a web version where you can view all the content posted by users (though you can’t upload new photos or videos). When you go into the app you’ll see a timeline of all the posts made by the people you follow, and you can give them a ‘Like’ as you would on Facebook or leave a short comment beneath it. Generally speaking, when it comes to privacy and data protection online, the greatest danger of any social network is sharing too much data about your life and openly revealing your daily routines to complete strangers. We’ve mentioned that when you post a photo, anyone can see it, though it’s also possible to limit your account so only users who’ve asked permission to follow you can see your posts. This feature can be activated in the options menu that appears when you click the top right of the screen from your profile tab. I can tell you from personal experience that I’ve seen the Instagram accounts of close family members who are underage reach nearly 1,000 followers, all of whom can view photos of these kids on the beach, at school, and at home. It’s probably not a great idea for complete strangers to know the ins and out of their daily lives, as well as the places they frequent and the people they hang out with – and much less so considering that Instagram has a private chat where followers can talk to each other. I probably don’t need to remind you of the cases that appear every other day of cyberstalking of minors, so once again, the best advice is the most obvious: use common sense.

Also on Uptodown | Guide for desperate parents (I): YouTube