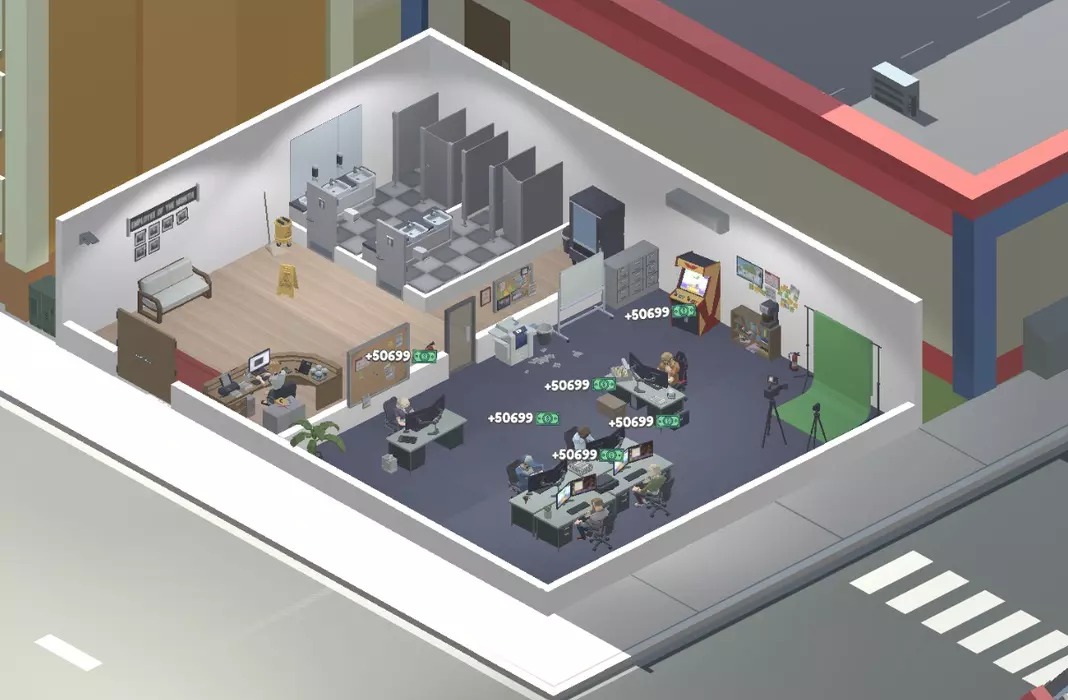 Following in the footsteps of the loveable and charming Game Dev Story by Kairo Soft, Player Eyes brings us Idle Game Dev Empire. It’s a fusion between an idle tapper and a management game that gives you the chance to create and manage your own video game company right on your phone’s screen. Plus, you get to do all this using a simple gameplay and a fairly smooth progression curve that’ll present you with new challenges as you start making more money.

You’ll start out with just a few employees, some pretty basic computers, and an office that’s pretty much just a room. But gradually, with each new game your company launches, you’ll earn more and more money to invest in expanding your staff and technology, opening new markets and building a reputation among the specialized media thanks to the quality of your games.

In the beginning, you’ll only have enough money in your budget to produce simple titles, like text adventures or 2D games. However, as you invest your profits in better equipment and training for your employees, you’ll be able to access new and more ambitious genres with greater commercial potential, like 3D games or Virtual Reality productions. 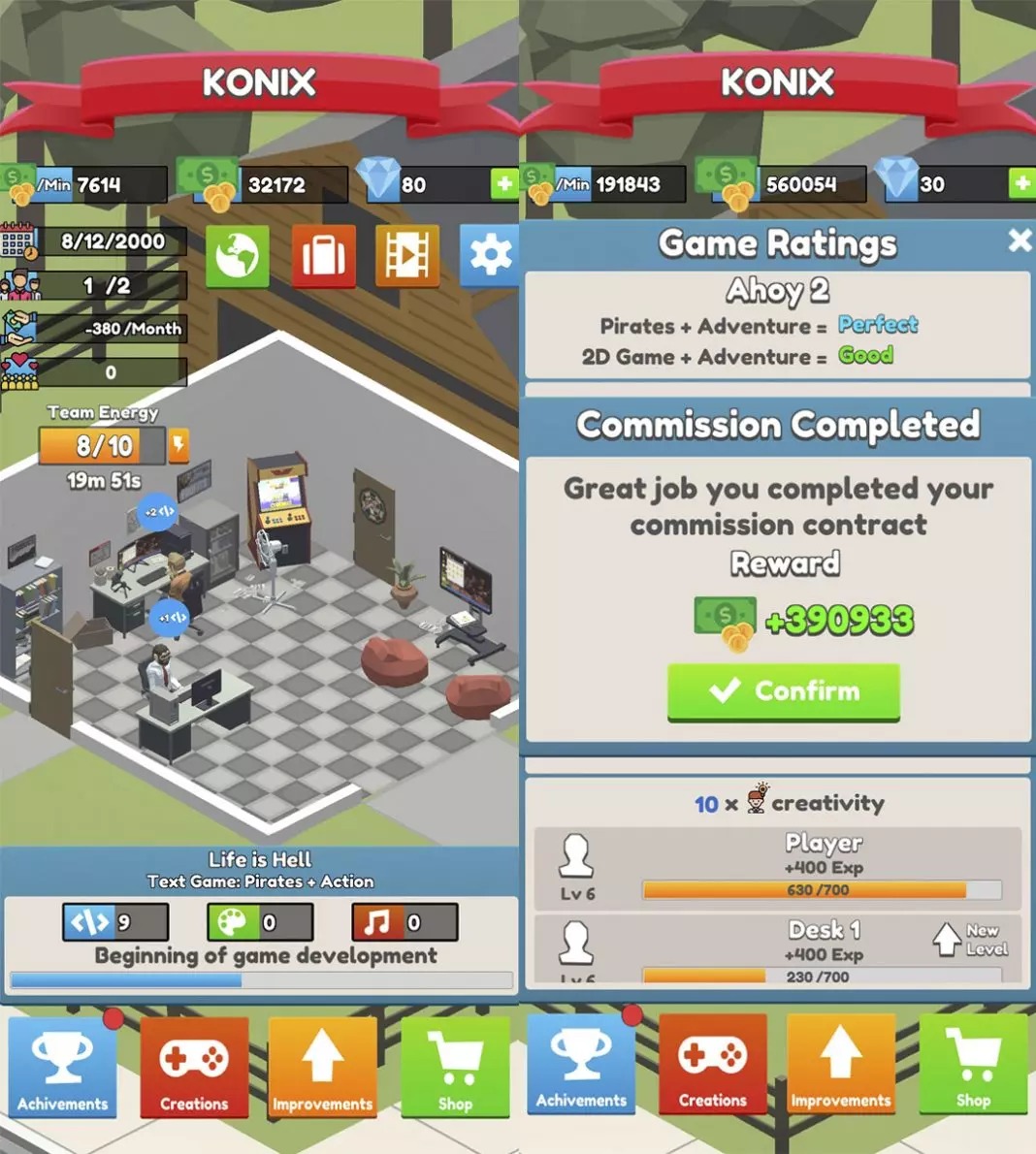 The more ambitious a project is, the more time and money it’ll take to develop it. However, this won’t be a guarantee of success. In fact, you’ll have to learn how to combine the type of game with the different genres that will also be unlocked, such as Pirates, Music, Planes, Racing and Western. Sometimes, the most ridiculous combinations will actually give you the greatest results… or the most epic failures.

Gradually, you’ll figure out what your target audience likes, either by developing your own titles or by accepting orders from external labels based on a specific genre. In both cases, after finishing each title you’ll have to face the verdict of the specialized press — a sort of Metacritic that will not only decide the commercial reception of the game. Contracts with external labels require a minimum score from the media. If you don’t get it, you’ll have to face an extra penalty that will affect your budget for your next release. 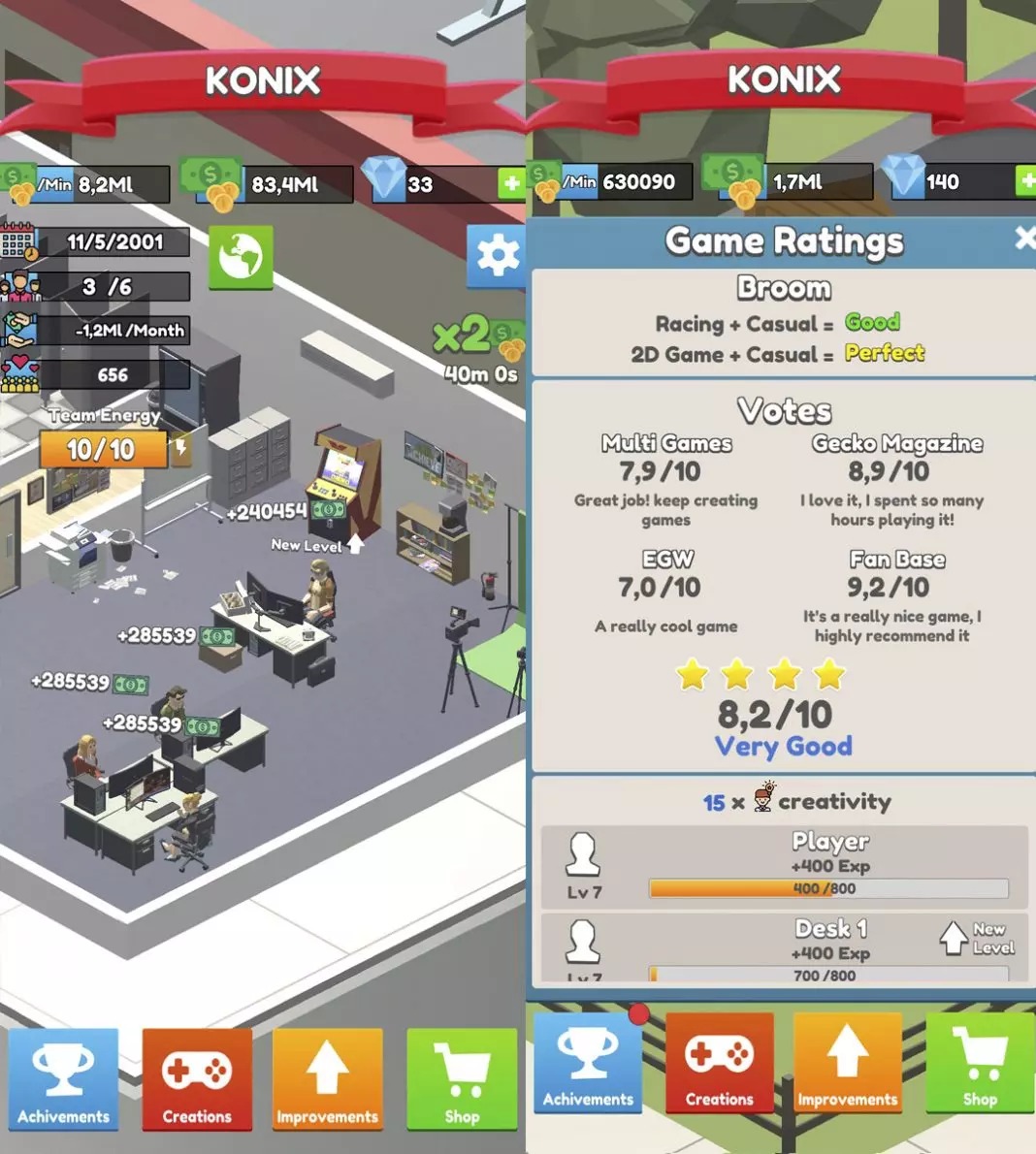 Idle Game Dev Empire is still a typical time management game that you can easily play on the subway or lying on the couch. That said, it is surprisingly deep and gets pretty intense when the expenses and profits start to be counted in the millions of dollars.

Of course, being a Freemium game, it gives you the opportunity to get perks in exchange for watching ads or using real money to get Diamonds. You can use these to hire new employees or make time go by faster. That said, Player Eyes’ gameplay is still just as fun even if you don’t spend a dime. The way it balances game production with simple skill tests, and tapping the screen a set number of times within a time limit, keeps the experience from becoming monotonous. 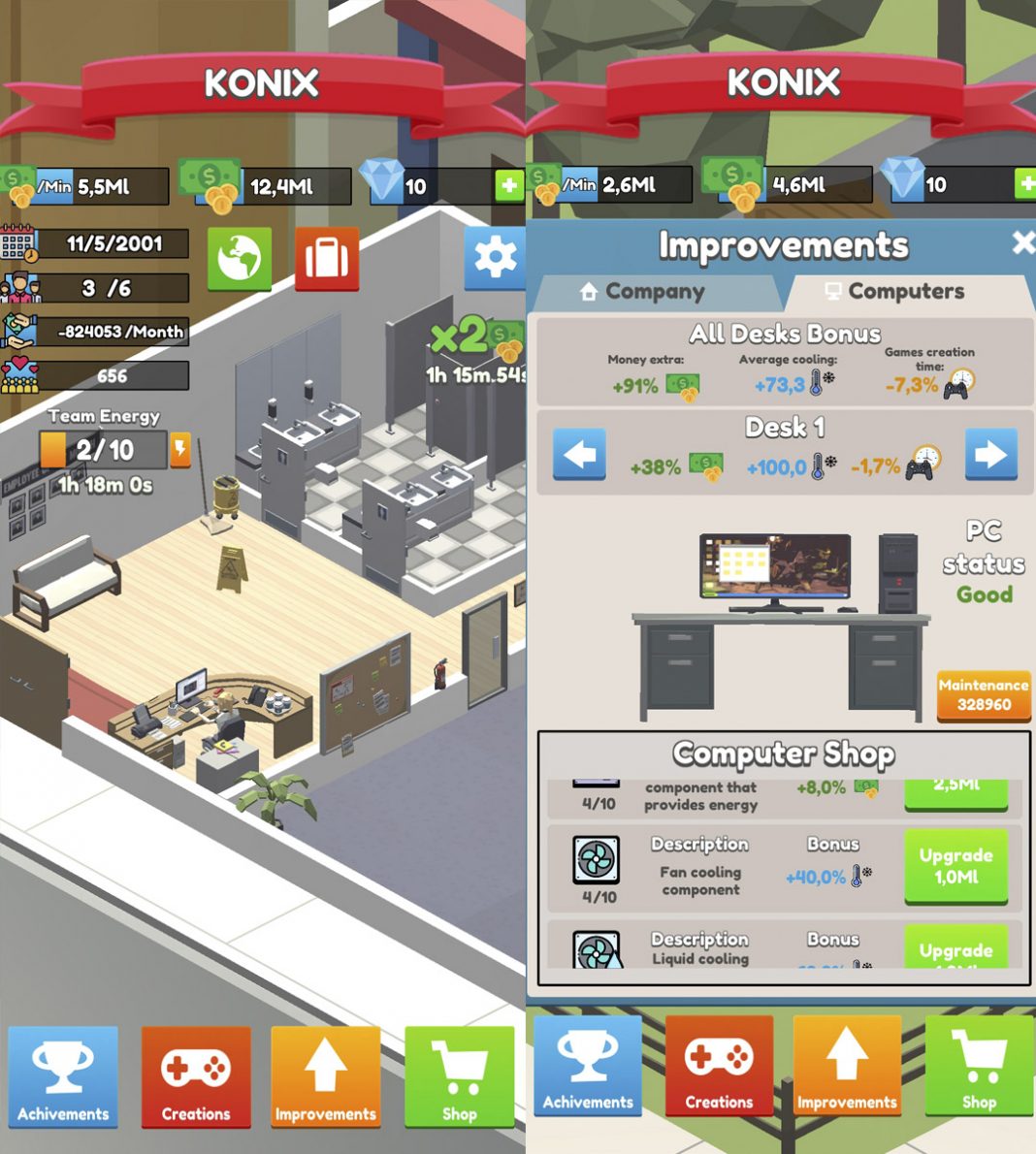 This game may not have the same retro charm as Game Dev Story, with its homages to classic consoles, but in Idle Game Dev Empire you can name your productions whatever you want — a fun feature that’s sure to get plenty of laughs. All in all, it’s a nice title that’s great for killing time whenever you need.