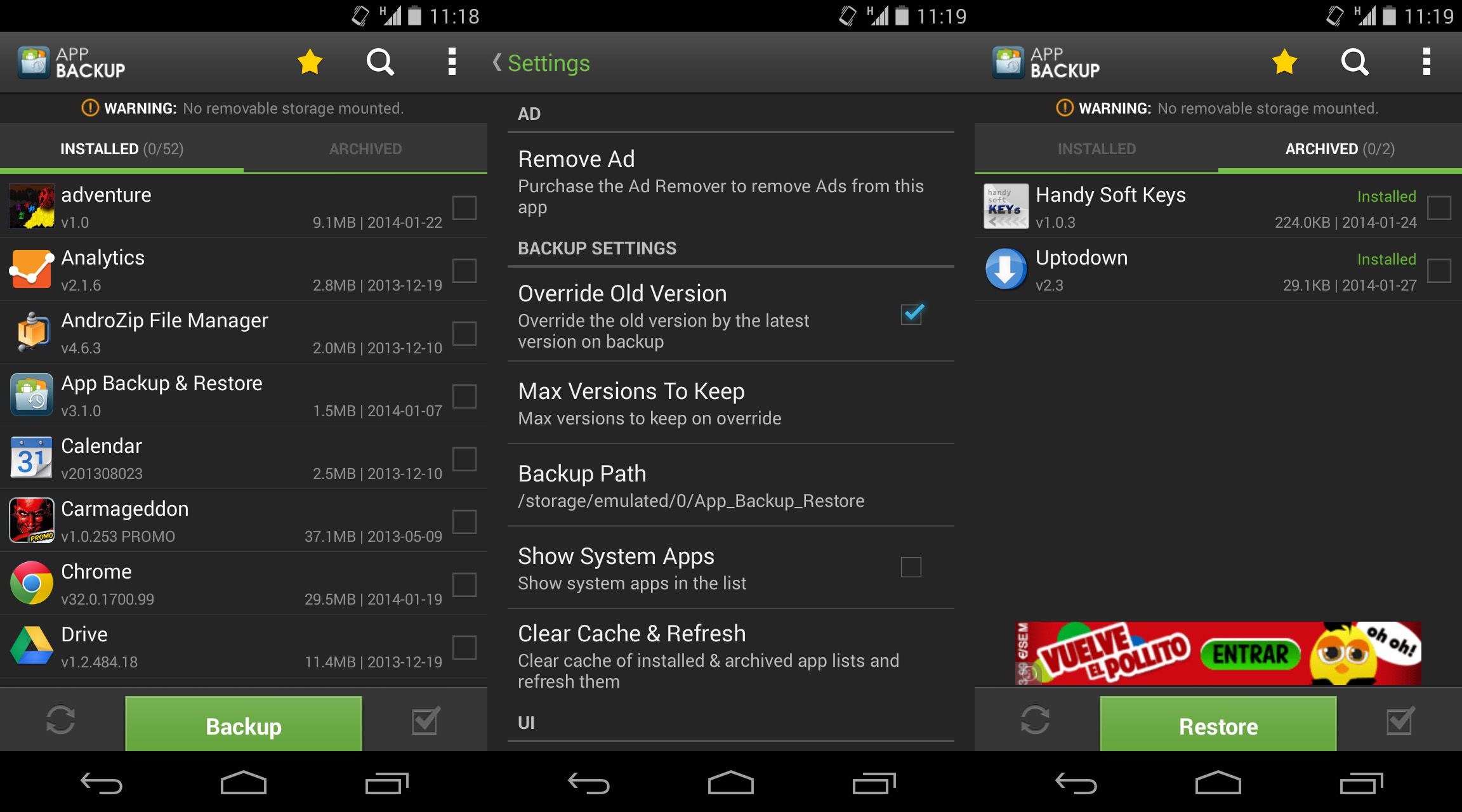 APK format is a standard data package for Android, a container format used by all the operating system’s apps and something like the successor of the JAR files that phones used until a few years ago. Look no further than the Uptodown Android catalogue to find files in APK. One of the many advantages of this format is the option to back up your installed programs. Below we explain how to do it by using the free tool App Backup & Restore.

Why back up your apps in APK format?

While it’s true that to install apps in this format from outside Google Play you need to activate that feature in your phone’s menu, the process of backing up a program installed in APK format to keep in a safe place is much simpler than it sounds.

Imagine you’ve downloaded a game from Google Play that over time has been pulled from the store for some reason (an unfortunately common occurrence these days). If you delete the app it will be very difficult to find it again (although you can always have a look on Uptodown!). Thus, it’s not a bad idea to store copies of those apps that you’re most attached to. Another good reason to do this has to do with previous versions. For instance, lots of users often install prior versions of Twitter because they don’t like the changes made in the most recent updates. Again, you can have a look around on the Internet, or turn to your backup copies.

This app is actually super simple to use. On its main menu you’ll see a list with all the apps you have installed. To export them in APK format, you just have to select the ones you want and click on the lower “Backup” button.

Once you’ve finalized this process, you’ll have several options to store the file. By connecting your phone to a PC with a Micro-USB cable, you’ll find files saved in the App_Backup_Restore folder within your smartphone’s storage system. The other option is, from the “Archived” tab, to drop-down the context menu on the upper right side of the screen and use the “Send” option to send the files by email.

App Backup & Restore for Android gets a complete revamp